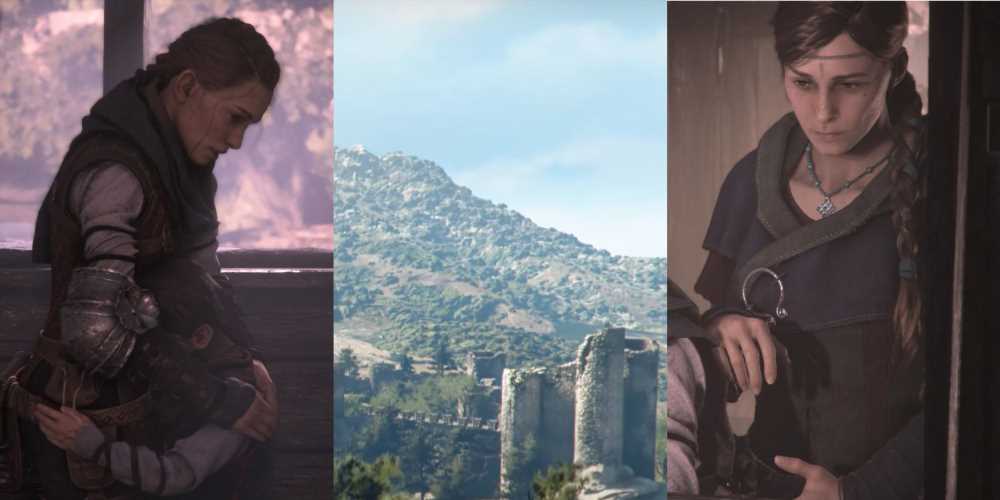 It would be difficult to play A Plague Tale: Requiem without playing A Plague Tale: Innocence first, as it takes place directly after the first game. The game effectively works as a part two to the first game, and the similar stealth, alchemy materials, and combat will allow you to begin the game with a more informed perspective.

Understanding the relationships between each character will also be more confusing if you’re going in without context. Because of these distinctions, there are moments in the story that only players of the first game will notice. 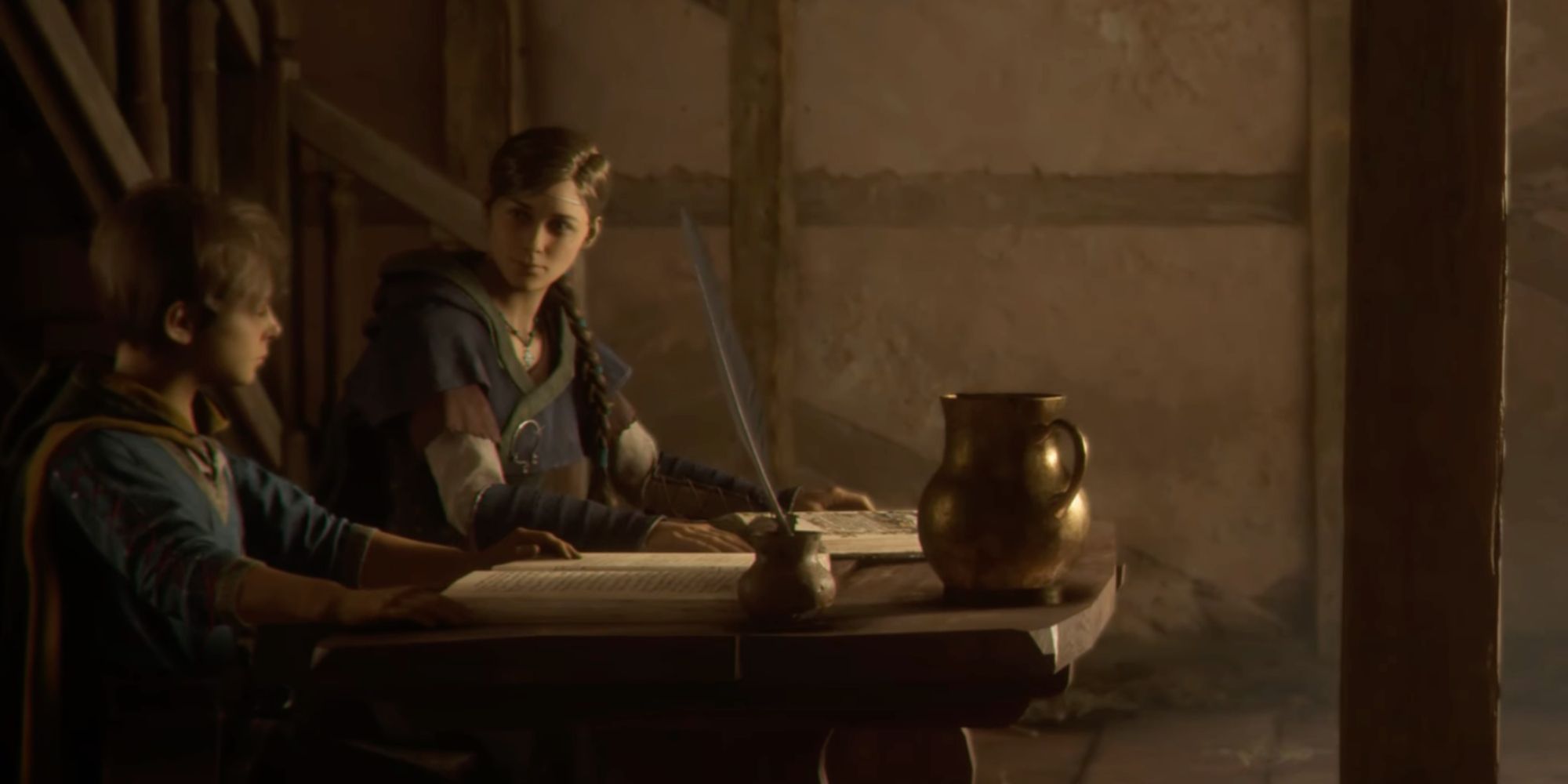 One of the first things you may notice in Requiem is that the voice actors for Beatrice and Lucas have changed. The reason for changing the voice acting is unclear, but the actors from both games do a fabulous job of portraying their characters regardless. And though their voices have changed, Lucas and Beatrice are still unmistakably true to their character in the first game.

You'll be happy to recognize that Amicia and Hugo's memorable voices have remained the same. And it's a pleasure to hear new voice actors portray new friends and enemies. 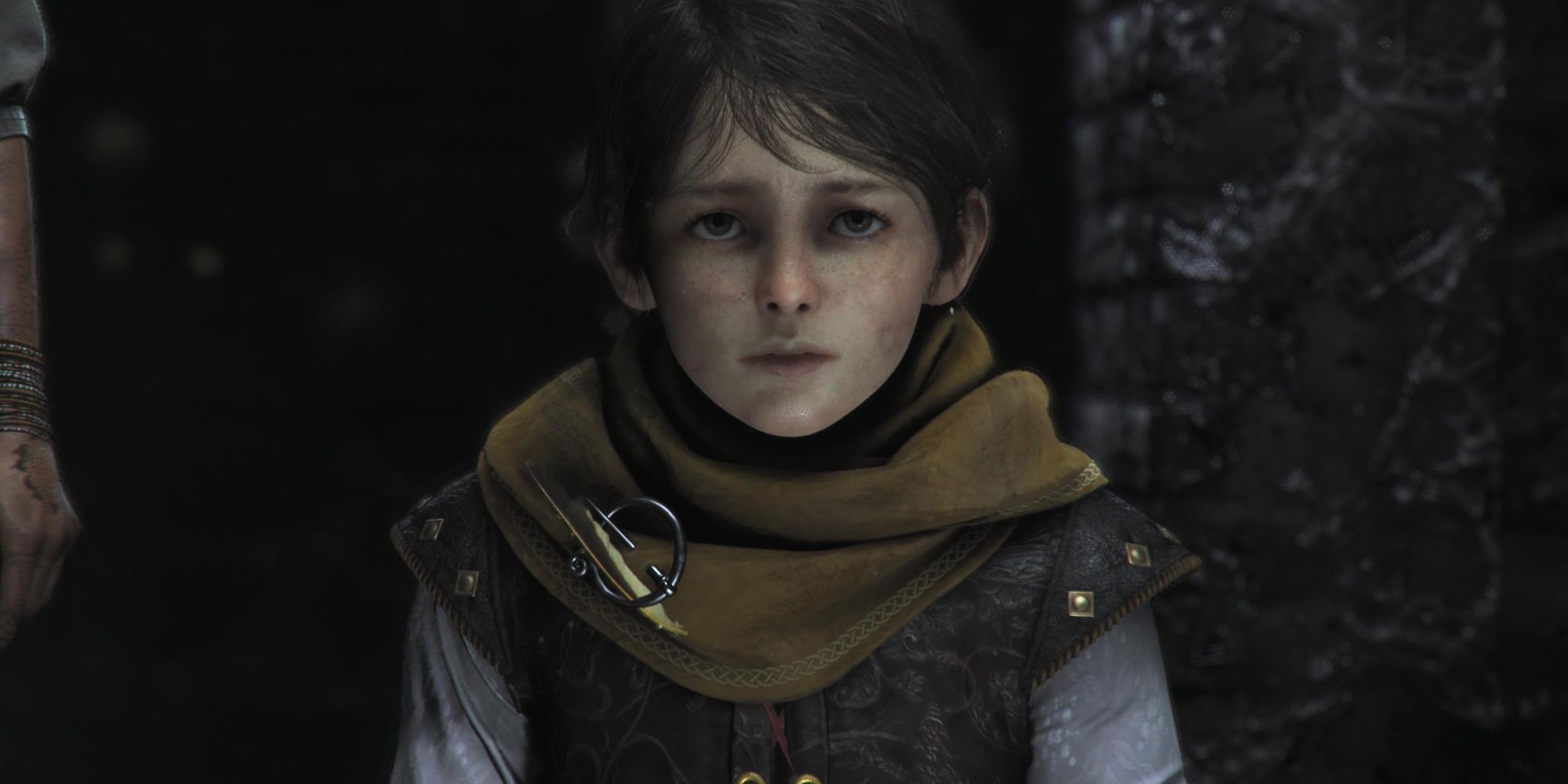 If you’ve played Innocence, you’ll be well acclimated with the Macula disease and Hugo’s affliction with it. Having this prior knowledge allows you to predict certain events, like the rats' behavior, the swiftness of the plague, and how Hugo may react in some scenarios.

Though the game will walk you through handling the rats, it’s a little more comforting knowing that you’ll at least be safe in the light and that Hugo may have some control over them.

8/10 Any Mention Of Guyenne 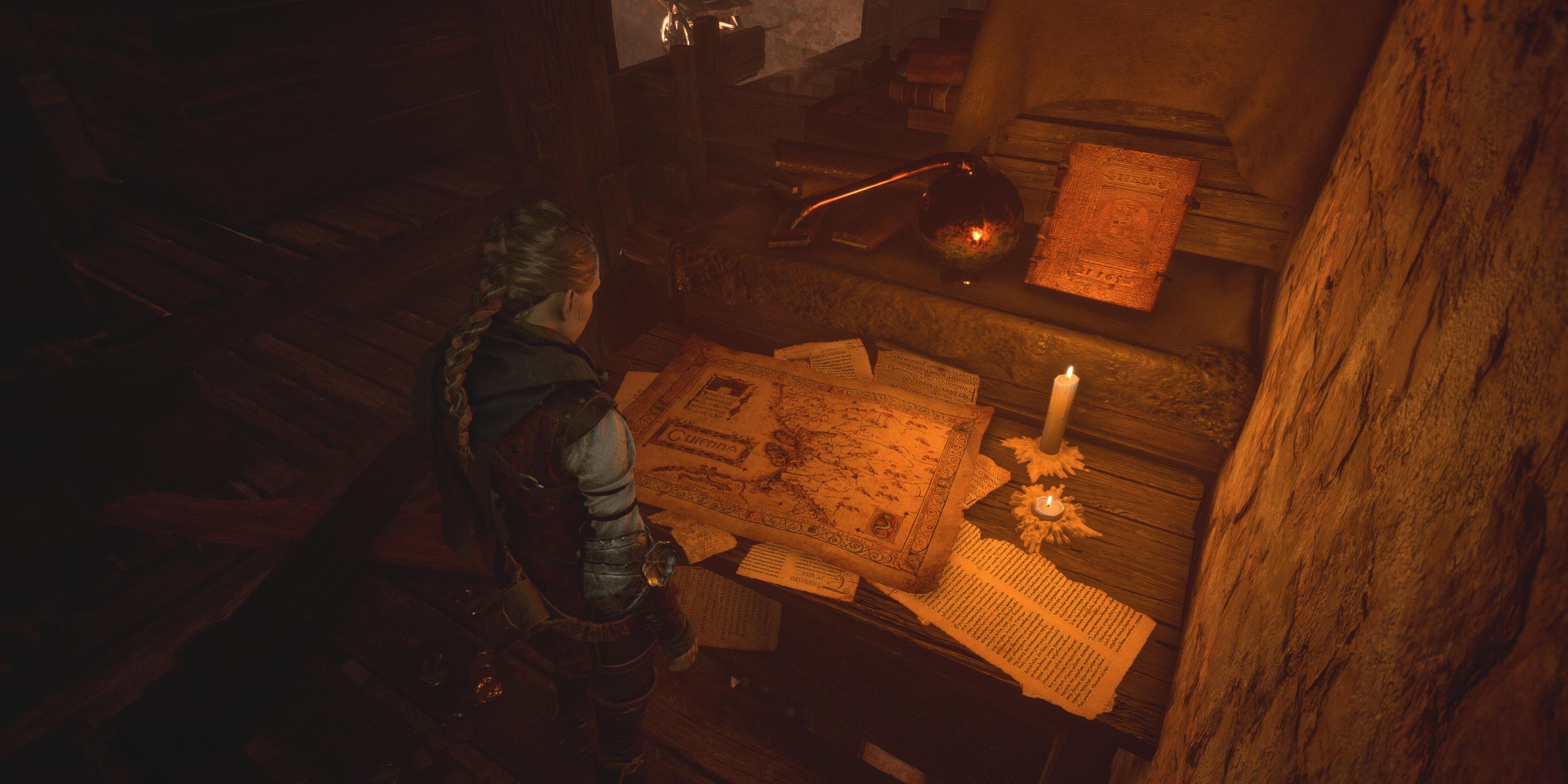 The first game begins in Guyenne, where the de Rune family once lived. There are many mentions of Guyenne and what has occurred there throughout the story. If you haven’t played the first game, these references won't resonate with you, but if you have played, you know these moments all too well.

As the story continues, it’s easy to compare the two settings and the similarities and differences between the new and old environments. The townspeople they’ve encountered in the red city seem to be oblivious to the carnage in Guyenne, but the main characters can’t forget it.

7/10 A Rocky Relationship Between Mother And Daughter 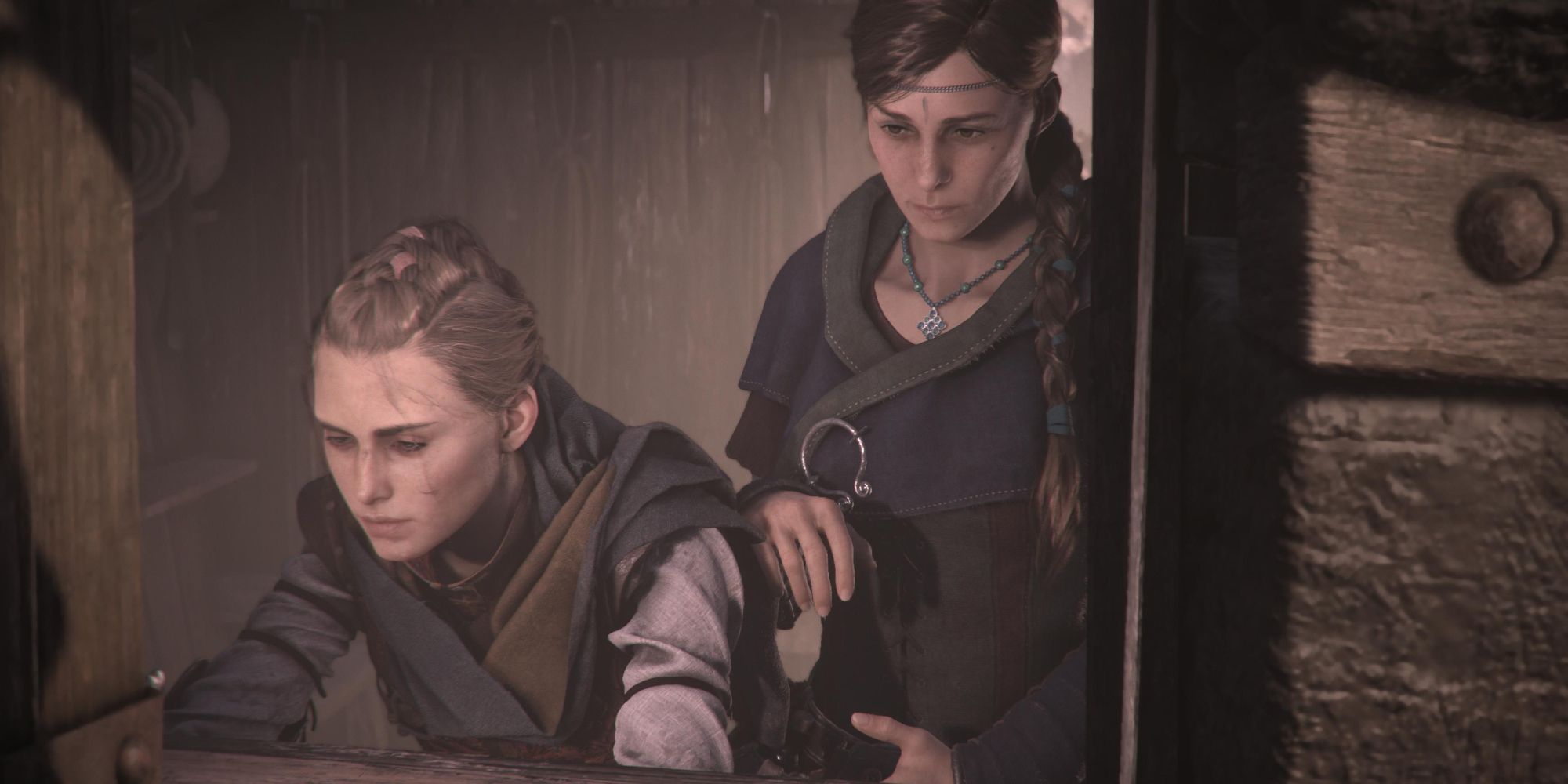 Amicia and her mother had a strained relationship in the first game, due to her attention being focused completely on Hugo. Though she knew Hugo was sick, she was unaware of the full extent of his illness.

The siblings eventually form a strong bond, but Amicia still seems skeptical of her previously absent mother. She readily defies her decision-making and even questions her care for Hugo. This causes frequent conflict between the two characters as they have different ideas of what's best for Hugo.

6/10 Religion Can Be A Misguided And Deadly Force 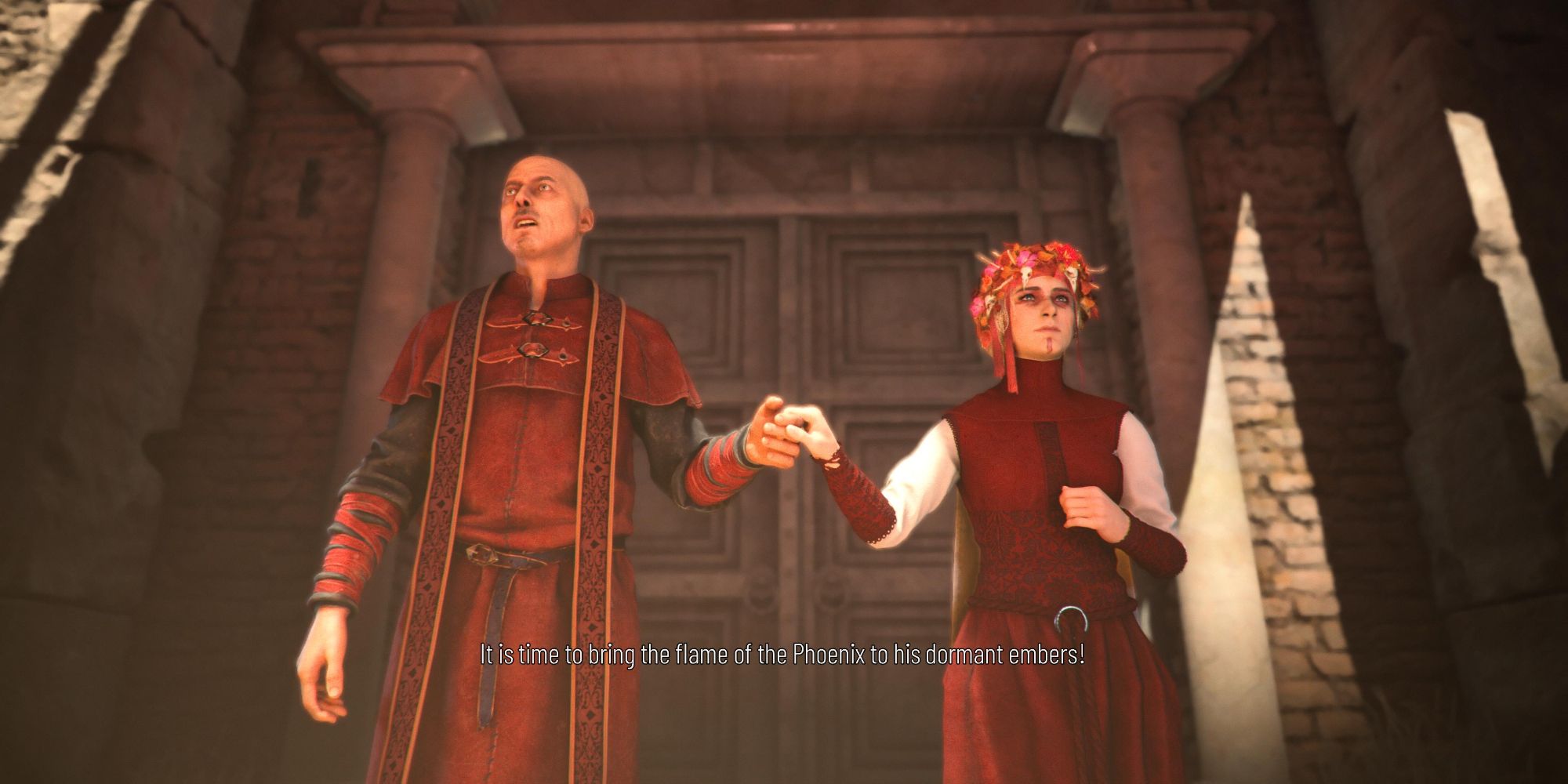 While religion is a comfort to some characters, it's a lethal threat to others. You’ll notice that history repeats itself within the Child of Embers cult. Despite its colorful, deceptive Midsommar feel, the seedy underbelly of the island is bound to rear its head.

The Inquisition sought out Hugo and wanted to use his abilities for selfish reasons, and this new cult does much of the same. Though the Inquisition has some understanding of the Macula, La Cuna is ignorant of the sickness, but their actions cause the same consequences. 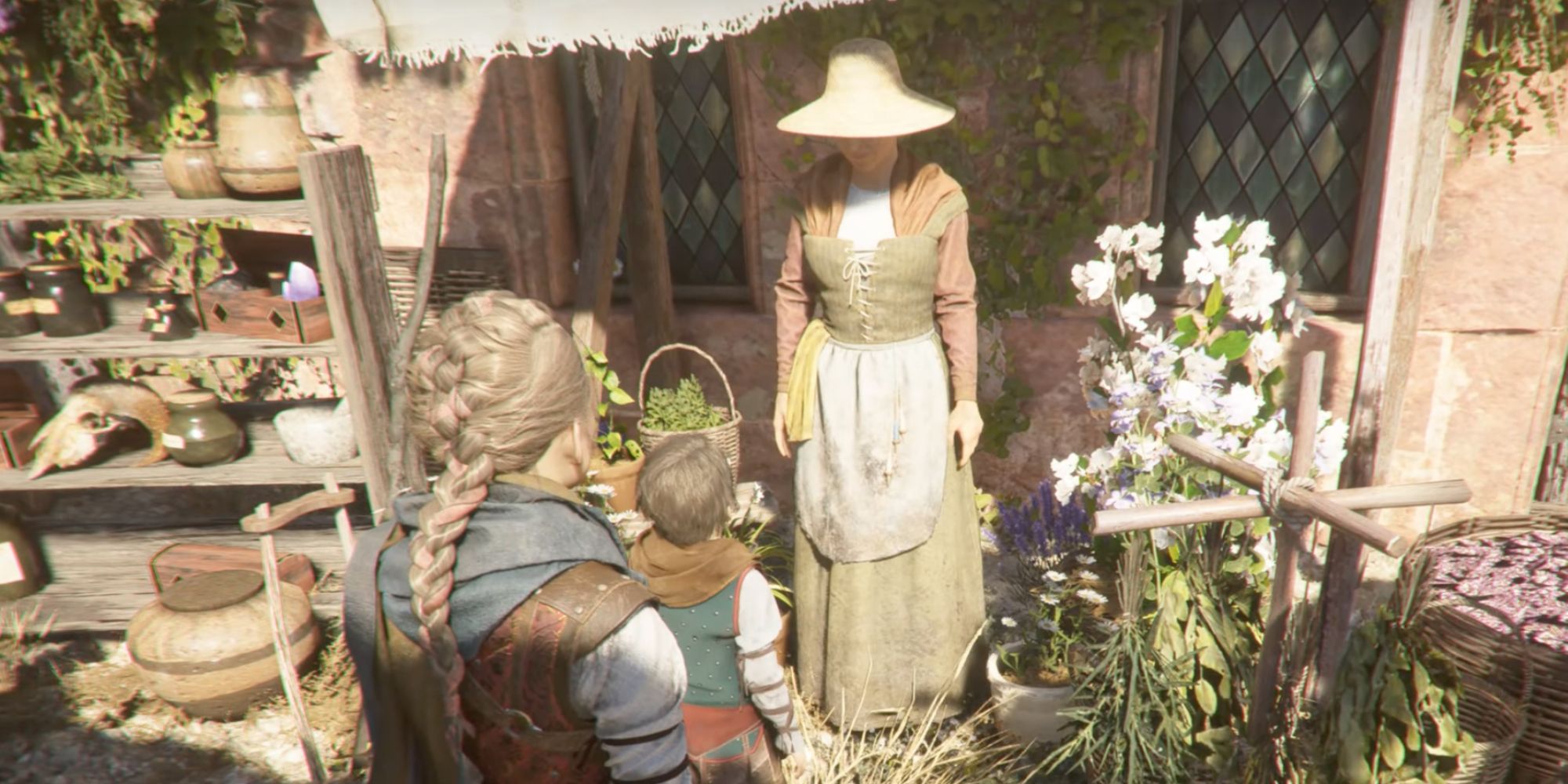 Sweet little Hugo loves flowers and shares this appreciation with Amicia. In the first game, Hugo and Amicia can collect different species of flowers, adding to Hugo’s Herbarium. Amicia will wear the given flower in her hair.

This passion carries into the second game as Hugo is interested in the florist, and Amicia will collect flowers for Hugo even if he isn’t present. Eventually, his attention turns to collecting feathers instead. 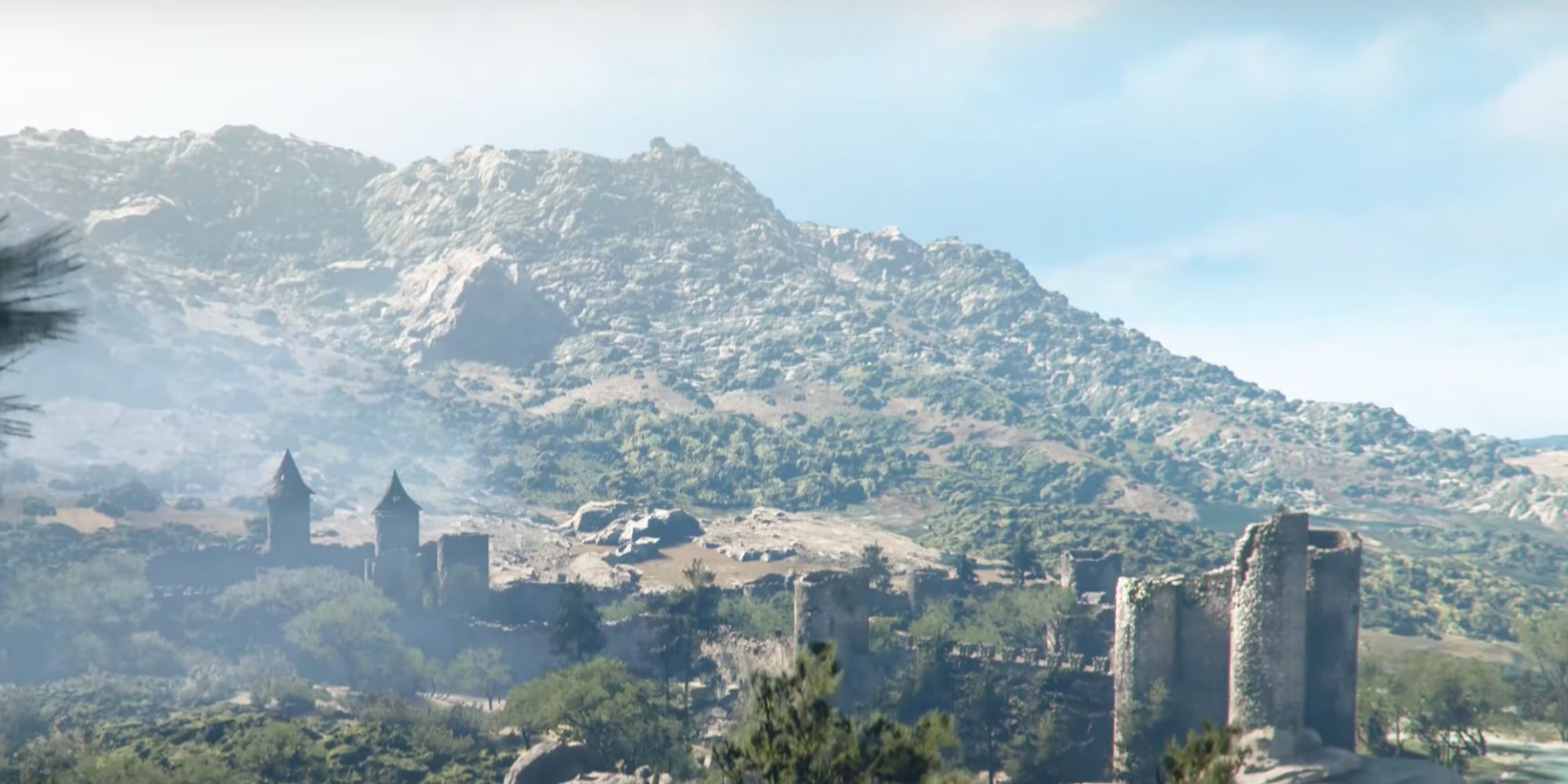 Searching for a castle early in the game may have you reminiscing on your brief stay at Chateau D’Ombrage. Castles elicit this whimsical sense of childlike wonder, and Hugo’s appreciation for them is obvious.

Acting as King Hugo, his ever-hopeful attitude is bound to put a smile on your face. Later on, you’ll stay at a more lavish castle in La Cuna. But you may realize the castles tend to be omens in these games.

3/10 Amicia Is Struggling With Coping 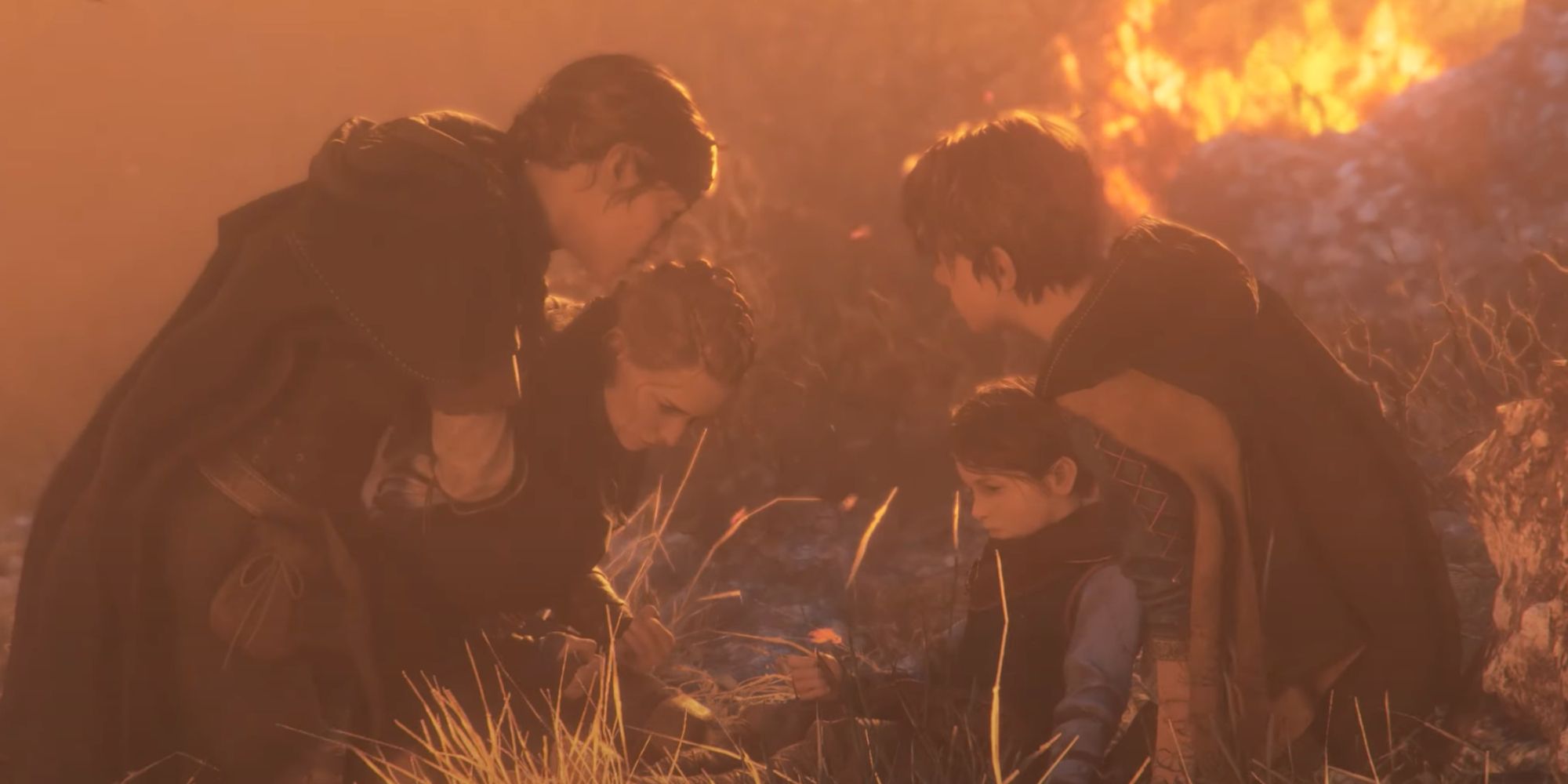 When Amicia is forced out of her happy days on the road into horrifying survivalism, it’s clear that she’s still reeling from the events of the past games. In order to protect herself and her loved ones, she must turn to violence. Her initial kill is palpable in the first game and her first kills in Requiem reveal that same sense of dread.

Amicia will always do what’s necessary to defend herself and the ones she loves, but it’s generally not an enjoyable experience for her. 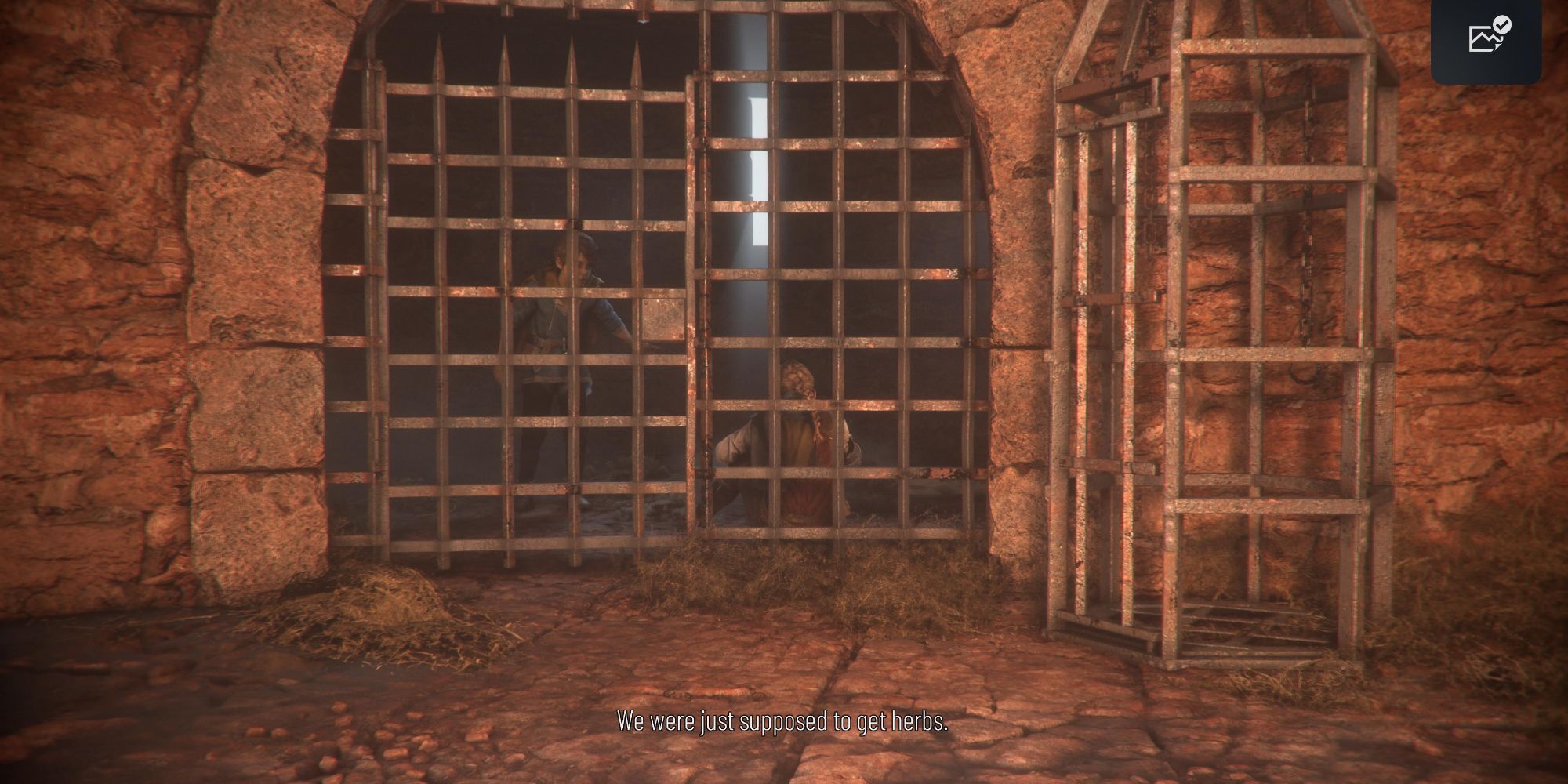 In contrast to her struggles early in the game, Amicia becomes increasingly more aggressive, which is strange for her character. There are moments when she may feel unrecognizable from the girl you’ve met in the first game.

Though the story explains this aggression, characters like Lucas take note of her unusual behavior, recognizing that something is wrong. To make matters worse, Amicia stops killing exclusively in self-defense and starts to take pleasure in it, which gets her and her friends into trouble. 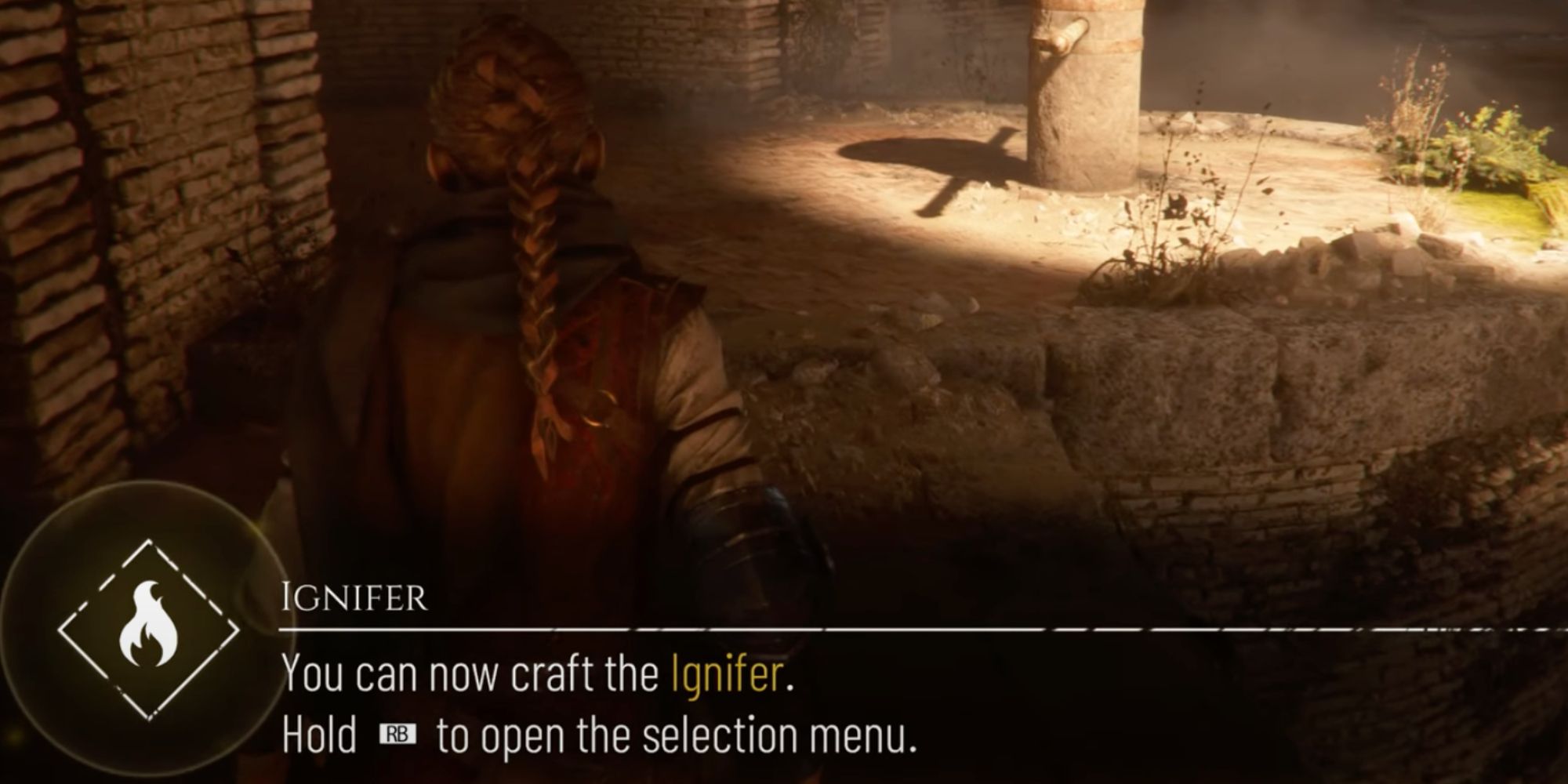 Alchemy makes a return in A Plague Tale: Requiem, with many of the older concoctions being available over the course of the game. While playing, you might see the perfect opportunity to use extinguis on an enemy or to take advantage of odoris when facing a swarm of rats.

In a game like this with such little variety in combat, alchemy is a lifesaver. You’ll get these abilities, and some new ones, gradually as you travel with Lucas.