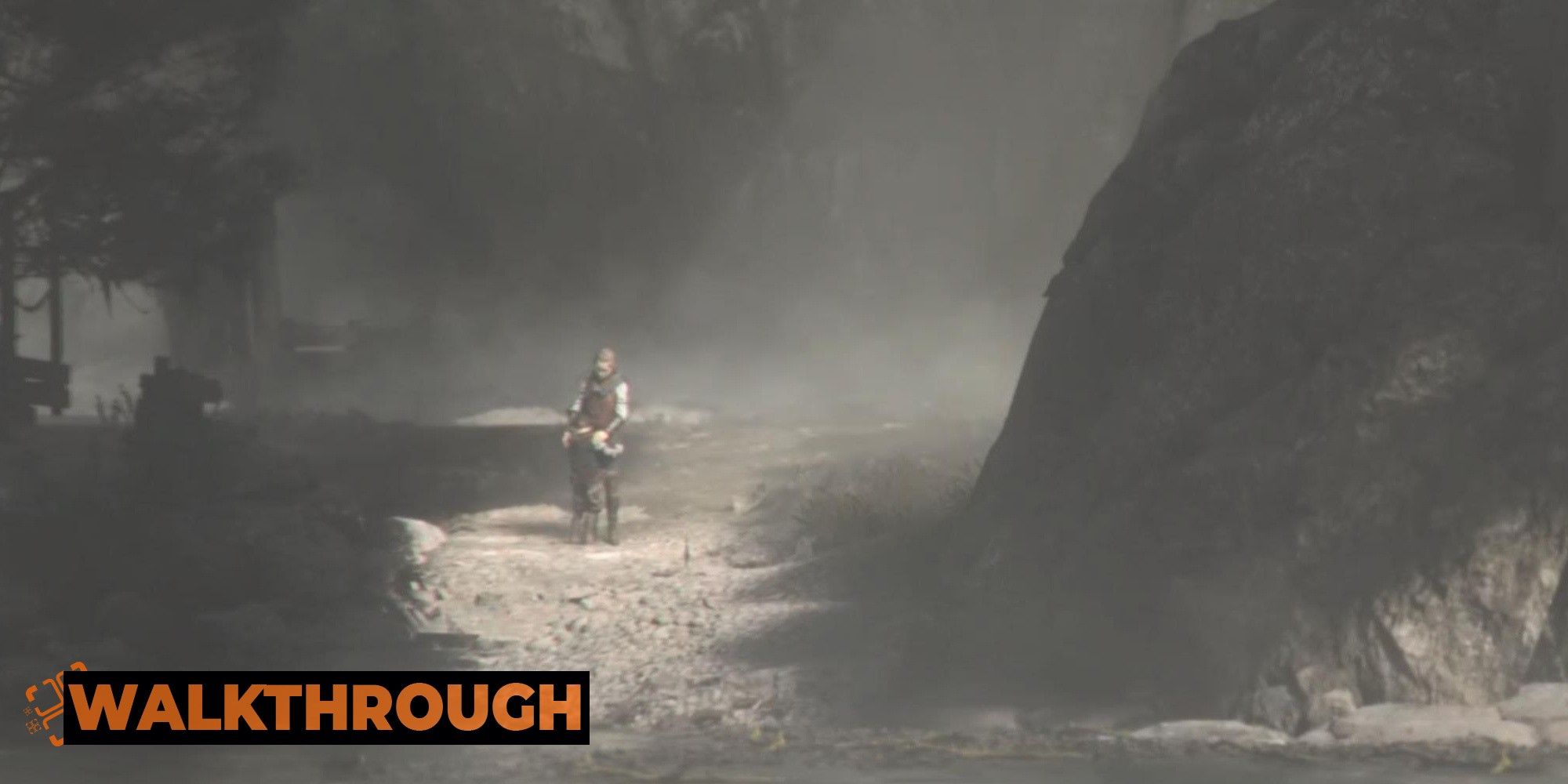 Amicia and Hugo de Rune thought the new city their mother took them to would be the start of a new life. Unfortunately, the Macula in Hugo’s blood caused him to start having seizures. Despite receiving aid from Magister Vaudin, Hugo wasn’t able to calm down, and he summoned millions of rats that destroyed the city.

With the city in ruins, the de Rune family must continue their search for a new home and a cure for Hugo. They set sail from the harbor with Joseph in hopes of leaving this nightmare behind. But the dangers continue for Amicia and Hugo, even floating down the river in A Plague Tale: Requiem. In this guide, we’ll break down how to survive the fifth chapter of the game, In Our Wake.

Stuck In the Water 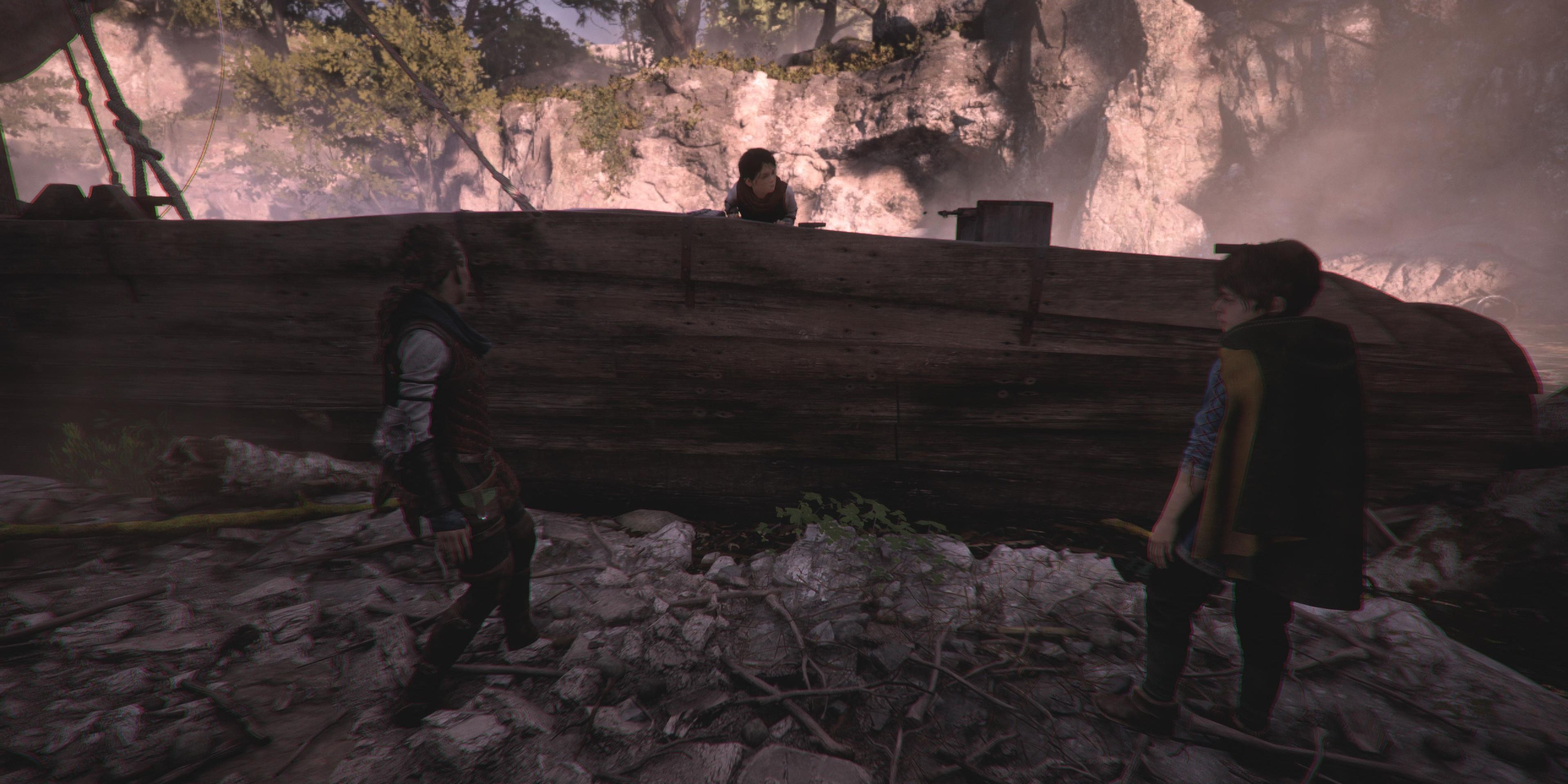 Now sailing with Joseph, the de Rune family head down the river. Joseph will mention how he heard what happened in Guyenne and how the rats were destroying everything. Hugo tells Amicia he doesn’t want to go to Marseille because more people will die because of him, and he wants to find the island. Beatrice tells Amicia they need to get Hugo to safety, and she trusts the Order but Amicia believes the Order will imprison him. Joseph calls for Amicia and Lucas to help free the boat from some debris in the water.

The pair push the boat and free it but now have to find another way downstream. Run up the side cliff and climb the ledges. Head down the path through the forest and turn right at the fork to find a chest with Sulphur and Alcohol. Continue down the main path, and you’ll find some Pieces on the left. Squeeze through the opening to find Joseph’s ship near a dock. Keep running on the right and drop from the ledge, then the ground will begin to shake. The rats are back again. 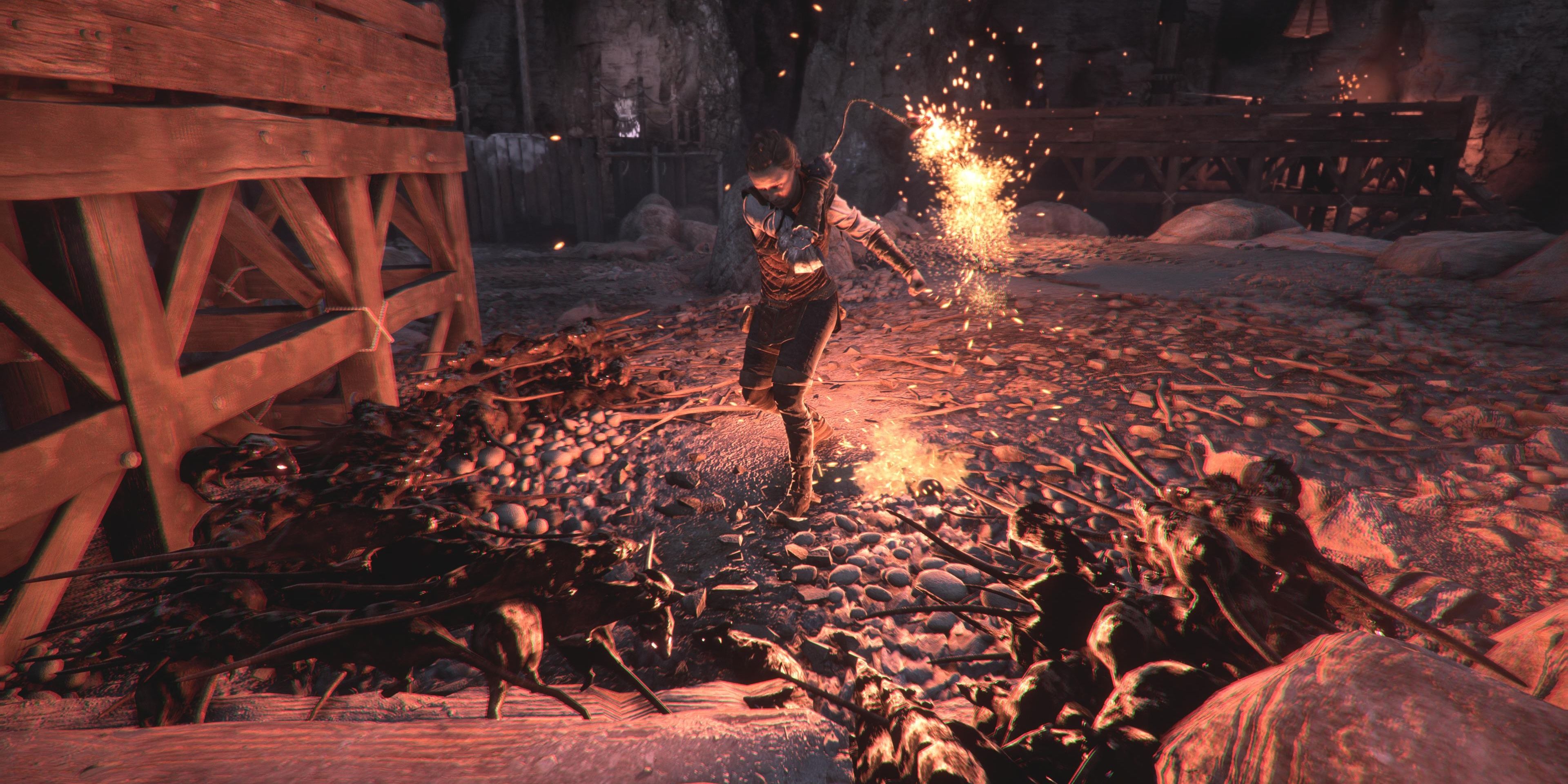 Use Ignifer to light the hanging net to clear the rats and climb up the ledge. There will be two chests with Sulphur, Alcohol, Resin, and Pieces. Tell Lucas to pull the crank, which will pull a flammable net in front of you. After you light the net, the rats won’t completely clear and the net will eventually extinguish. Use a pot with Ignifer to remove the rest of the rats and climb the steps. Open another chest to find Pieces, Alcohol, and Sulphur near another crank.

Pull the crank toward Lucas, and he’ll light the net, allowing him to cross over to Amicia. With Lucas with you, tell him to turn the crank and relight the net. Once the net is back in position, release the crank and run with the net to stay in the light. Unfortunately, the net will move too fast and Amicia will get caught in the dark with the rats about to attack her. Lucas will throw her a Pyrite for her to spark on the ground as a last resort against the rats.

Head up the stairs and open the chest for Alcohol and Sulphur. Turn the crank for another net to swing around and release the crank to perform the same technique as before. Light the net and follow it through the rats to reach the ledge on the other side. When you climb up, throw a stick at Lucas, so he can follow you through the rats. Light the next net and jump down from the ledge to run across to the next platform. Amicia will find a workbench to upgrade her gear. 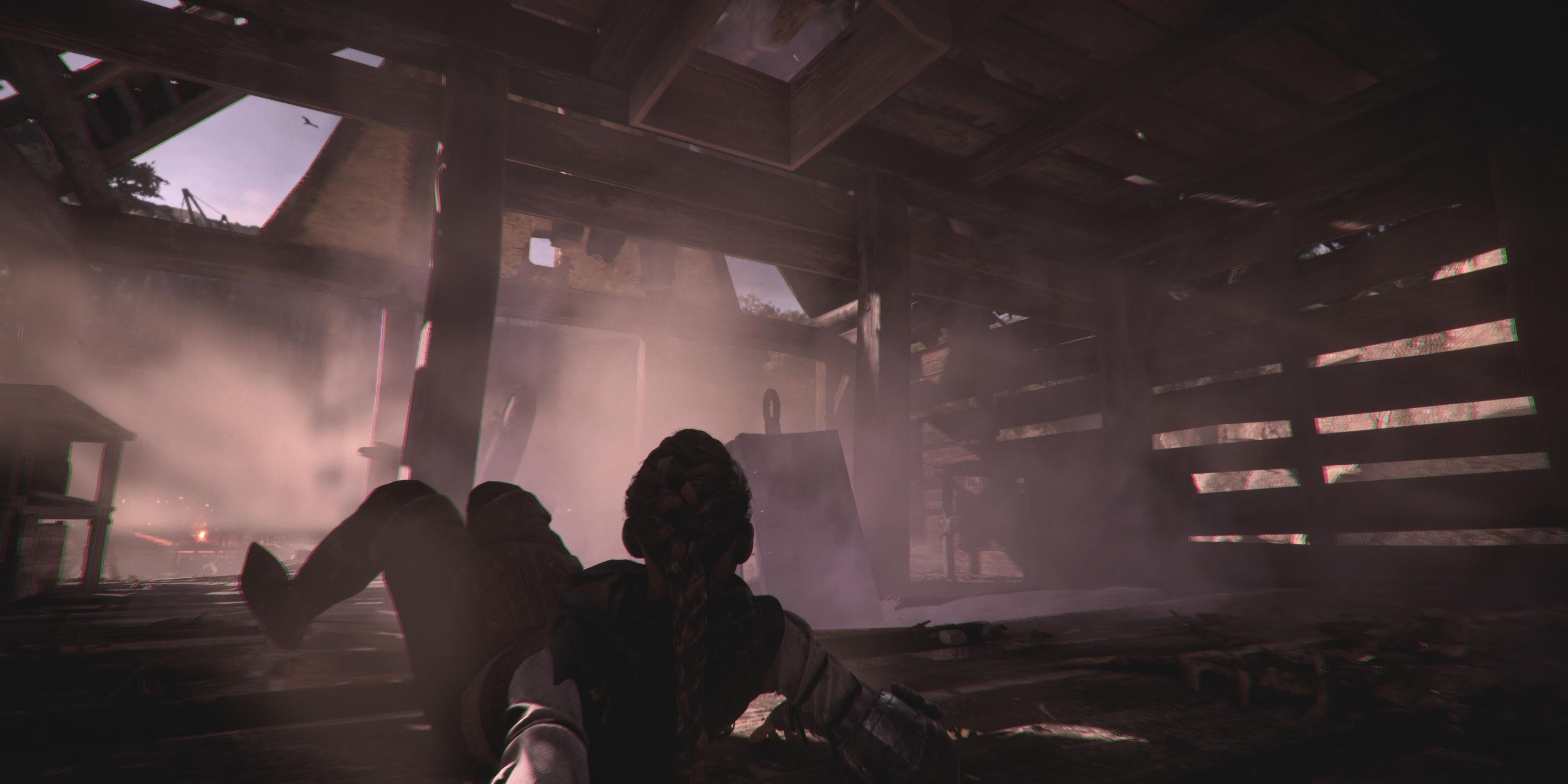 After upgrading Amicia’s gear, turn toward Lucas and you’ll see a latch. Break the latch to allow Lucas to drop down after you light the hanging net. Open the chest underneath the platform to find Alcohol, Pieces, and a Tool. Climb back up the ledge where the workbench was and look up to find a latch that’s holding a ladder. Climb the ladders to reach the top area to find a knife on a barrel, Pieces in the back of a wagon, and another souvenir. Interact with the edge of the cliff with Lucas to shout at Hugo below.

Return to the area with the workbench and grab a stick. With the lit stick, cross through the rats to the left brazier. Crawl under the wooden boards to reach a massive crank that operates the giant chains in the water. Find the cart in the back of the dock and tell Lucas to pull the cart so you can drop in the hole beneath the dock. Make your way through the sea of dead bodies and dislodge the dead body from the chains to bring the ferry back. Climb up the platform and tell Lucas to release the crank to send Amicia to the other side.

When you reach the other side, open the chest to find Alcohol and Sulphur. Look up to spot the latch holding the giant weight; break the latch and the whole chain will break off, letting Joseph’s ship sail through. Head outside and run to the back of the dock house. Squeeze through the wooden fence and climb the ladder to reach the rook. There’s a locked workbench with Pieces and Tools if you have a knife to unlock it. Return to the beach and open the chest near the left to find Saltpeter and Sulphur, plus a Pyrite next to the chest. 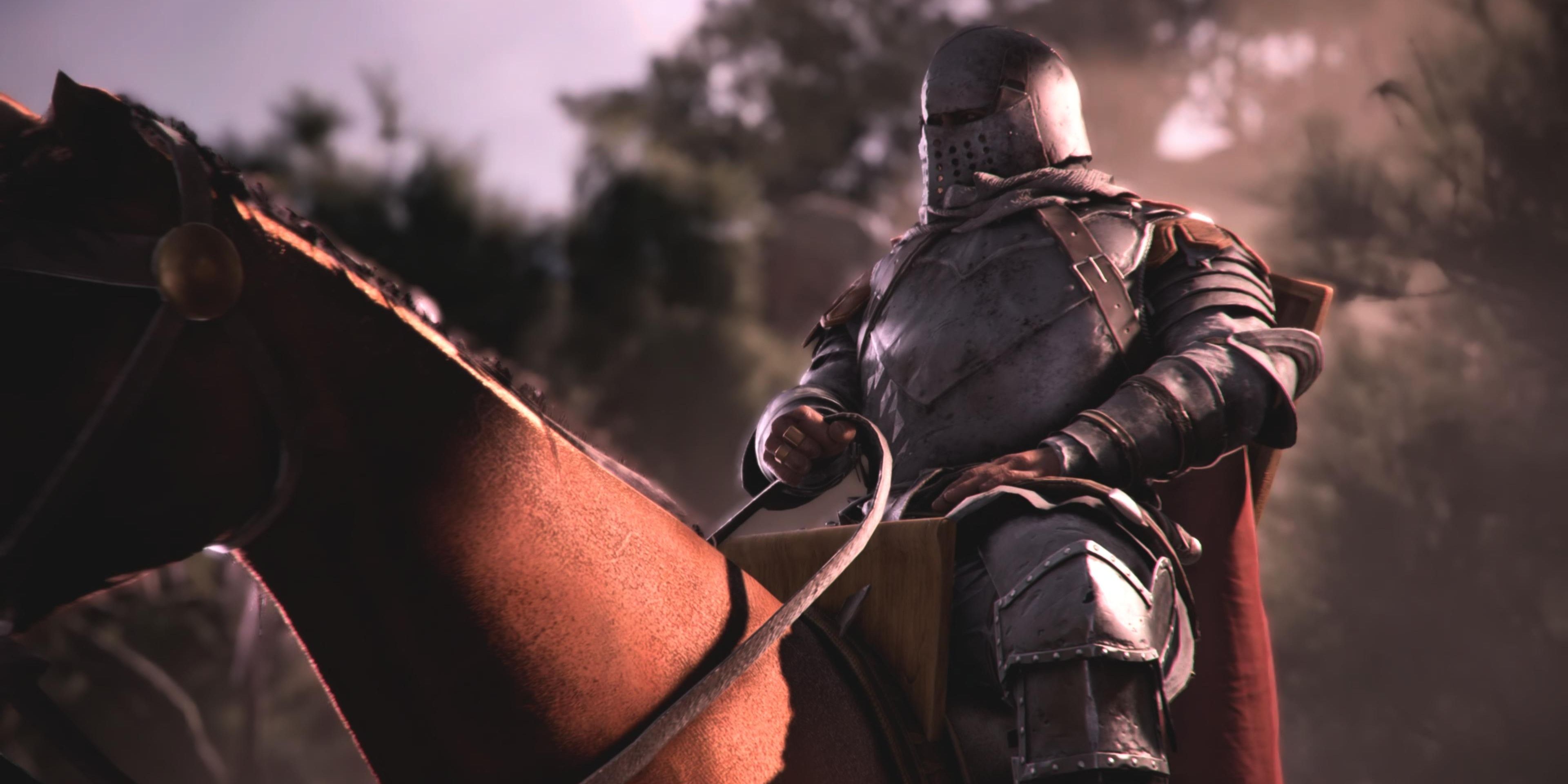 Run up the wooden ramp and loop around the left tower to find Pieces in a wheel barrel on the far wall. Pull the cart back so you can reach the ledge. Before you climb up, break the latch that’s holding the drawbridge up top. Climb up the ledge and run across the bridge to find the Anemone flower, another addition to Hugo’s collection. After using the cart to reach the back tower, push it toward the center tower to climb the ledge there. Drop down the next ledge and break the latch inside the wooden corner.

Use the lever to swing the platform to where you started and pull the cart on the platform. Operate the lever again to bring the cart to the other side and place it in front of the wall to climb up the ledge. When you reach the top, you’ll see Arnaud’s men attacking other people. Once you reach the boat, Amicia will quickly operate the turret and start targeting Arnaud’s men trying to attack them.

Fire the crossbow bolts at the soldiers, which only take one shot to kill them. Once you eliminate enough soldiers, you’ll need to help Lucas access the boat. Use the Ignifer with the crossbow to clear the rats, and he’ll rejoin the group. Joseph will take the boat down the river again, but Arnaud’s men will continue to attack. Continue fighting against the soldiers and when you think the de Rune family caught a break, Joseph is killed by an archer. 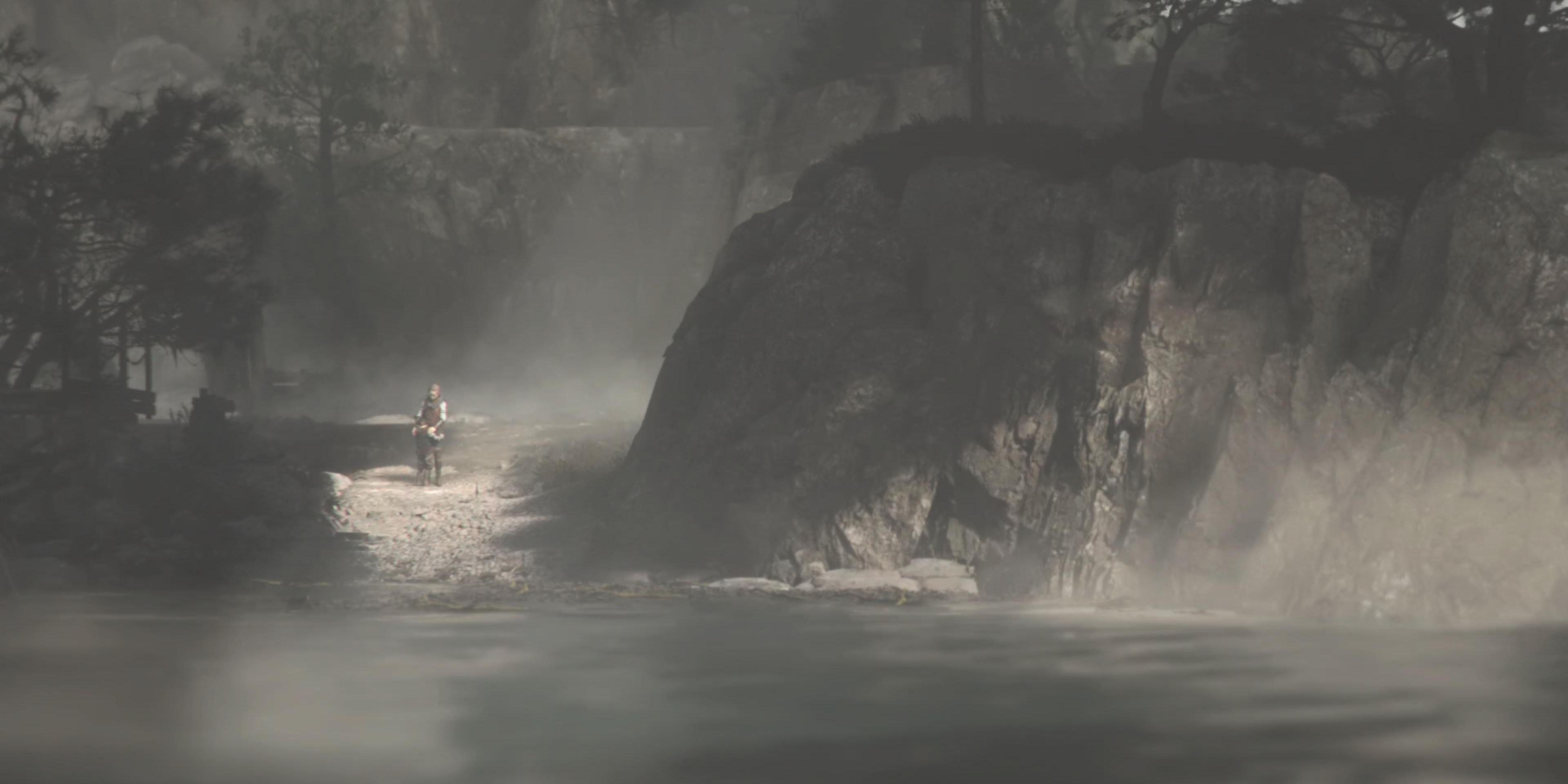 The guards will throw anchors on the ship to bring it toward shore. The turret will break off but Amicia can use the Crossbow as a new weapon. You may not have enough ammo to kill all the soldiers, so when you see an opening, sprint ahead and climb the ledge toward the left. Amicia will try to cut the rope from the tree at the top but Arnaud stops her.

Run from Arnaud through the forest and carefully maneuver between the trees along the cliff. Continue running on the rocks until you see the boat, but Arnaud will block the path. Run toward a cave and drop from the ledge, then crawl underneath the opening. Keep walking through the cave and there will be a paid of guards patrolling the area. One will pass and another will need a distraction to allow you to sneak by.

Your best bet is to cause a diversion and quickly sprint past the soldiers because, when you climb the ledge, more guards will become alerted of you. Run down the right path and Amicia will drop down from the ledge to challenge Arnaud. The swordsman makes quick work of Amicia, and when he’s about to strike her down, Hugo summons rats to attack Arnaud. The boat dislodges from the anchors and Amicia and Hugo are separated from Beatrice and Lucas. The siblings decide to go their way and find the island in Hugo’s dreams.