Eighty-nine percent of the top-grossing mobile app and game publishers use some form of video ads, according to an annual publisher survey by mobile marketing firm AdColony.

The AdColony Mobile Publishing Survey said that publishers rely on video ads and in-app purchases to monetize their mobile games.

With so many methods available to earn revenue, a high majority of respondents (89%) said they used various types of video ads in their games. A significant number of publishers (68%) also rely on in-app purchases to monetize, while 35% said they used display ads.

The recent launches of game subscription services like Google Play Pass and Apple Arcade made little impact on respondents’ monetization efforts: Only 2% stated that they used subscriptions for revenue.

Video ads draw the most excitement for publishers

Publishers were asked which monetization methods were they most excited for. Video ads drew the most excitement by far, with 51% of respondents choosing those methods. When asked about specific methods, the top three were interstitial video, interstitial display, and playable ads.

Rewarded video ads are considered the most effective

By contrast, pre-roll video ads and native ads are the worst when it comes to effectiveness at 2.3. 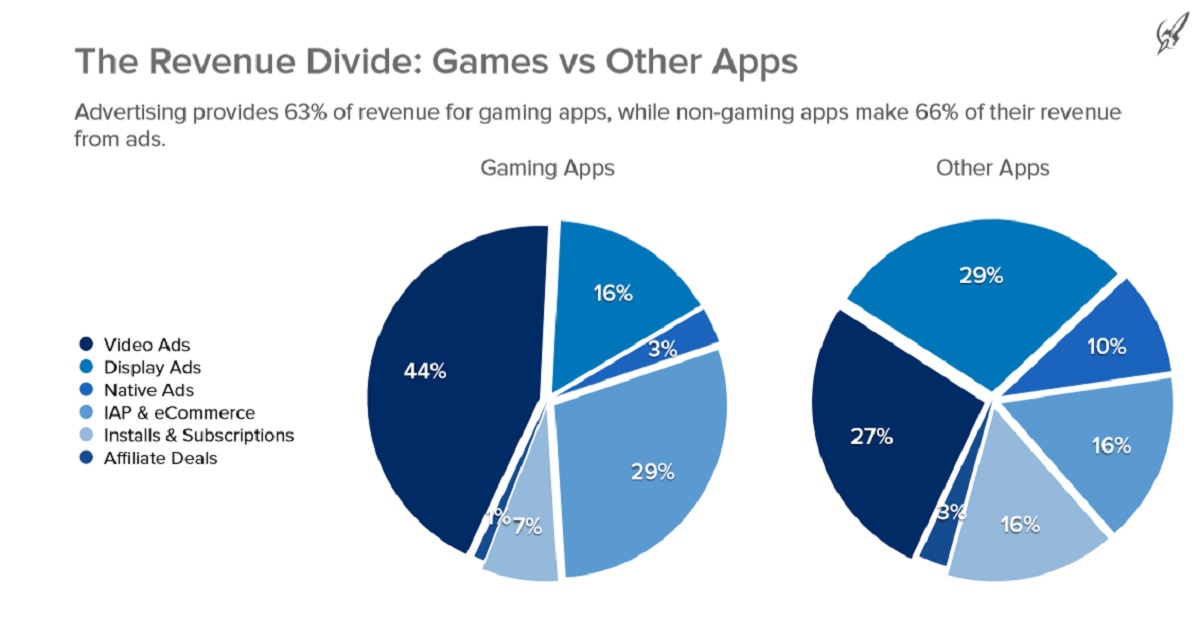 Above: The breakdown on monetization of games versus other apps.

The real test of monetization effectiveness is the revenue it brings in, AdColony said. The Mobile Publishing Survey asked respondents to estimate the breakdown of their revenue and ads (video, display, native) accounted for 63% of total revenue.

PS Plus offers Call Of Duty: WWII free from today