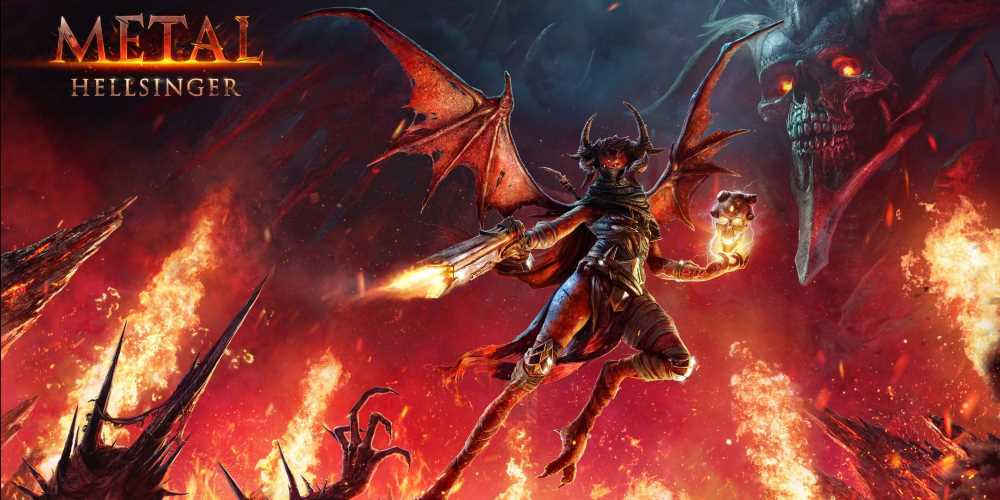 It doesn't take a genius to figure out where The Outsiders got its inspiration for Metal: Hellsinger from. The team put together the best parts of Doom and Guitar Hero to create a rhythm-keeping, demon-blasting, heavy-metal FPS. However, it's not easy to compete with the masterpiece soundtrack that Mick Gordon created for Doom's 2016 reboot and its sequel, so the devs decided to bring in their own maestros – vocalists from iconic bands like System of a Down, Lamb of God, Arch Enemy, and Trivium's Matt Heafy.

In a recent interview with PCGN, Heafy admitted that working on the soundtrack for a Doom game has been a "lifelong dream". A Doom x Trivium collaboration sounds like something we'd love to rip and tear to, considering Mick Gordon will probably no longer be involved if we do get a news title in the series. “Since I was nine years old I’ve been saying [that] I’d love to do Doom someday,” said Heafy. “We’ll have to see, but hopefully they see this and go ‘let’s get this guy in.’”

That's really not surprising, given that Heafy is of the opinion that more heavy metal music should be included in video games. In the same conversation, he spoke about the big names that the publisher brought onboard – like System of a Down’s Serj Tankian and Alissa White-Gluz of Arch Enemy. He noted that the developer is "definitely doing it differently by getting big names in metal involved; it’s really great. I’ve always said that metal needs to be in games, and it’s always so strange that it’s not. You kind of expect it, but you don’t see it that often.

“So to see Hellsinger grab some amazing singers – and I’m not talking about myself here – is really awesome.”

Considering his career as a Twitch streamer as well, Heafy was pretty pumped about working on something that combined his passion for music as well as gaming. "It’s amazing to see my two worlds combine,” he said. “I’ve been into gaming longer than I’ve been into music, so to see this finally come to fruition is great. Metal: Hellsinger giving me my first shot is amazing.”