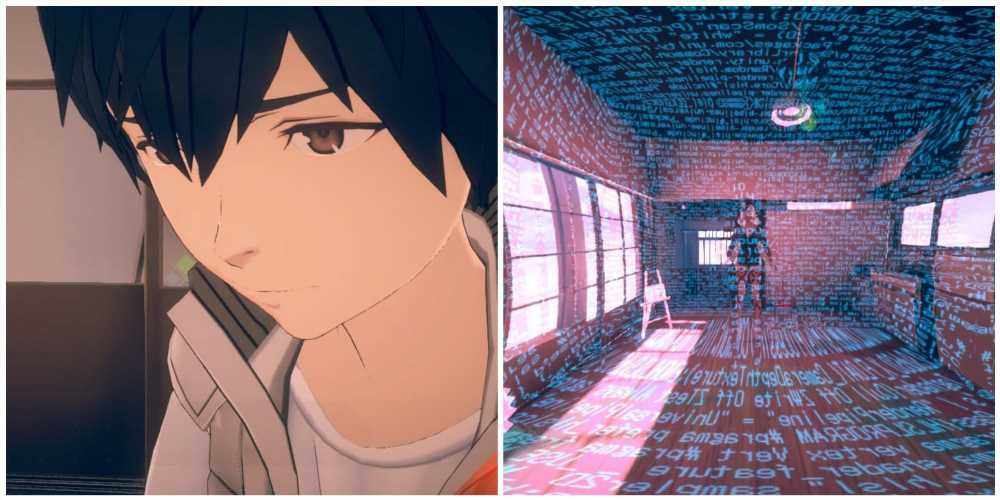 In the fourth chapter of AI: The Somnium Files – Nirvana Initiative, you’ll be given the chance to enter the mind of Shoma Enda, the neglected son of the failed comedian Komeji. Shoma’s somnium appears visually similar to his house in reality, and as you explore, you’ll slowly unravel the secrets he’s been keeping from everyone.

This is done by unlocking five mental locks via five unique puzzles. This somnium is more linear than the previous chapter's somnium, with no branching paths, but it does have some difficult puzzles throughout that once again operate on dream logic. Follow our guide to clear this somnium and heal Shoma’s heart.

During Chapter Three, if you chose to protect Shoma in that somnium, you’ll progress to a version of the chapter that features this somnium.

If you chose to prepare money in that somnium, you’ll progress to an alternate version of chapter four that doesn’t include this somnium. 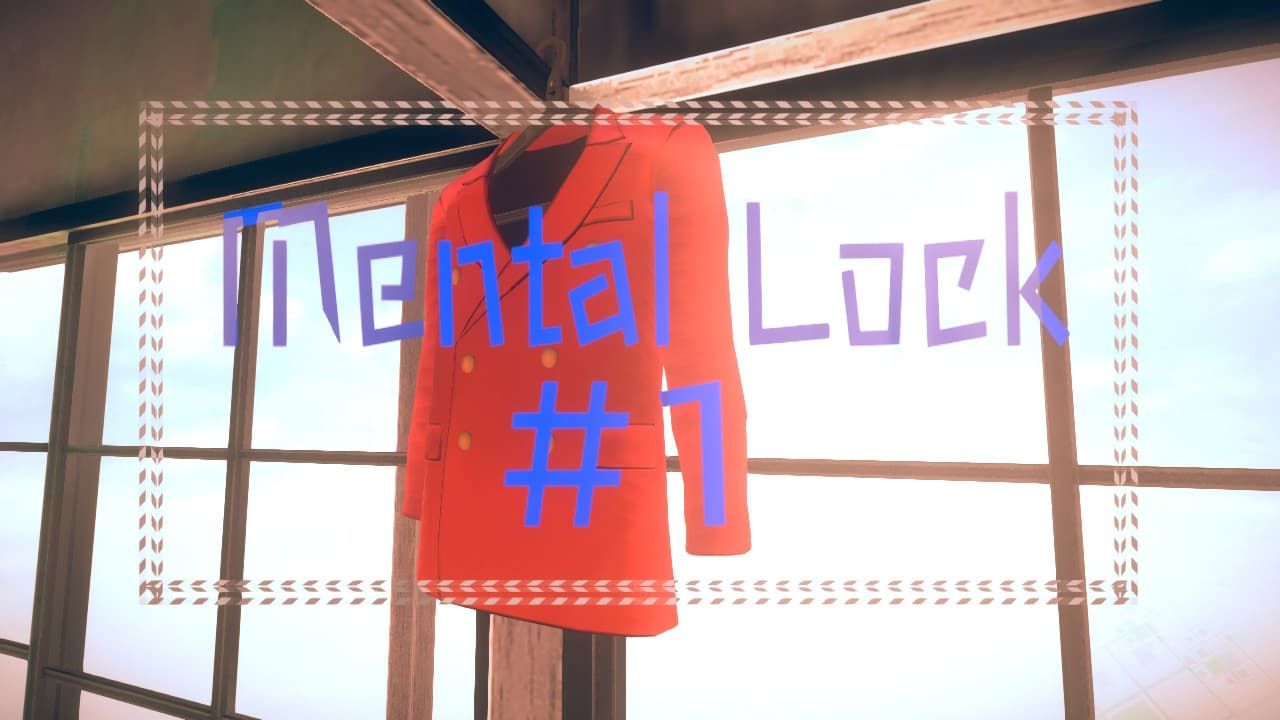 For the first mental lock in Shoma’s somnium, you’ll need to move forward as Tama and interact with the suit hanging by the wall labeled Andes Komeji’s outfit.

You should choose the option “joke”, which will showcase Shoma being bullied because of his father’s reputation, causing new options to appear. 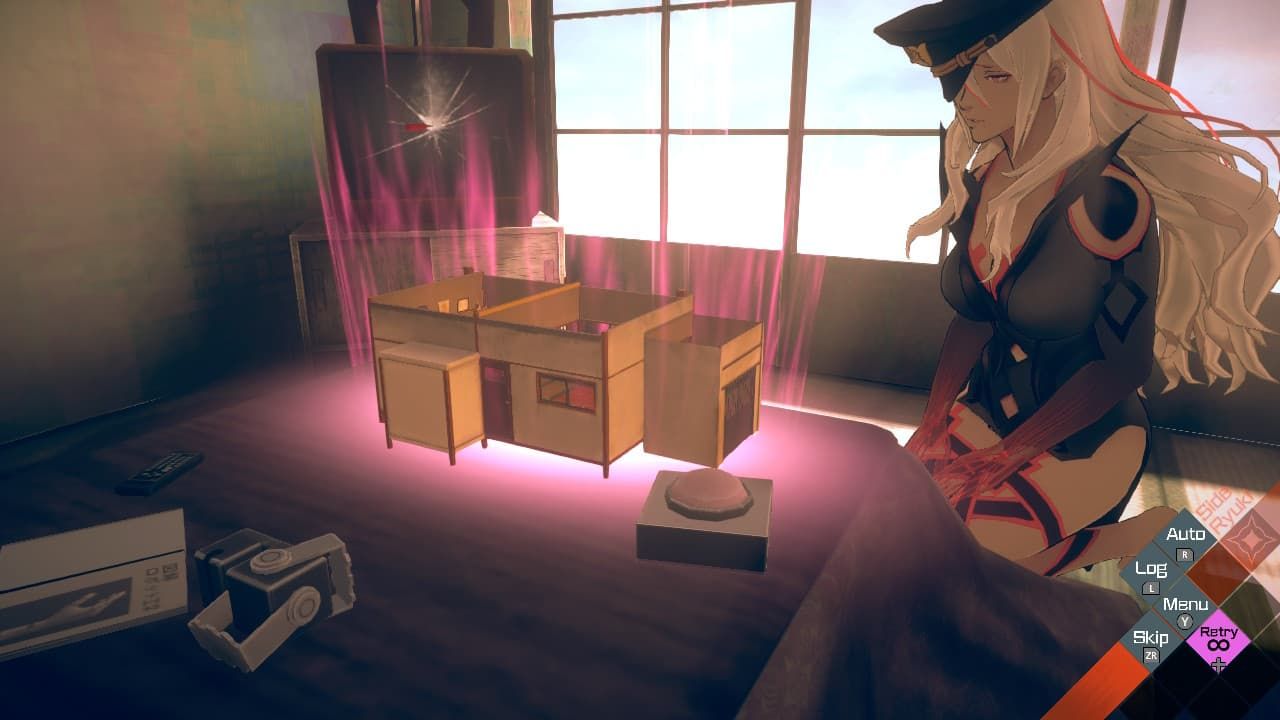 As pointed out in the dialogue, you can now inspect the model building on Shoma’s table. Do that, and then Tama will be shrunk down to explore the model house from the inside, which looks similar to the real house, but more colourful. 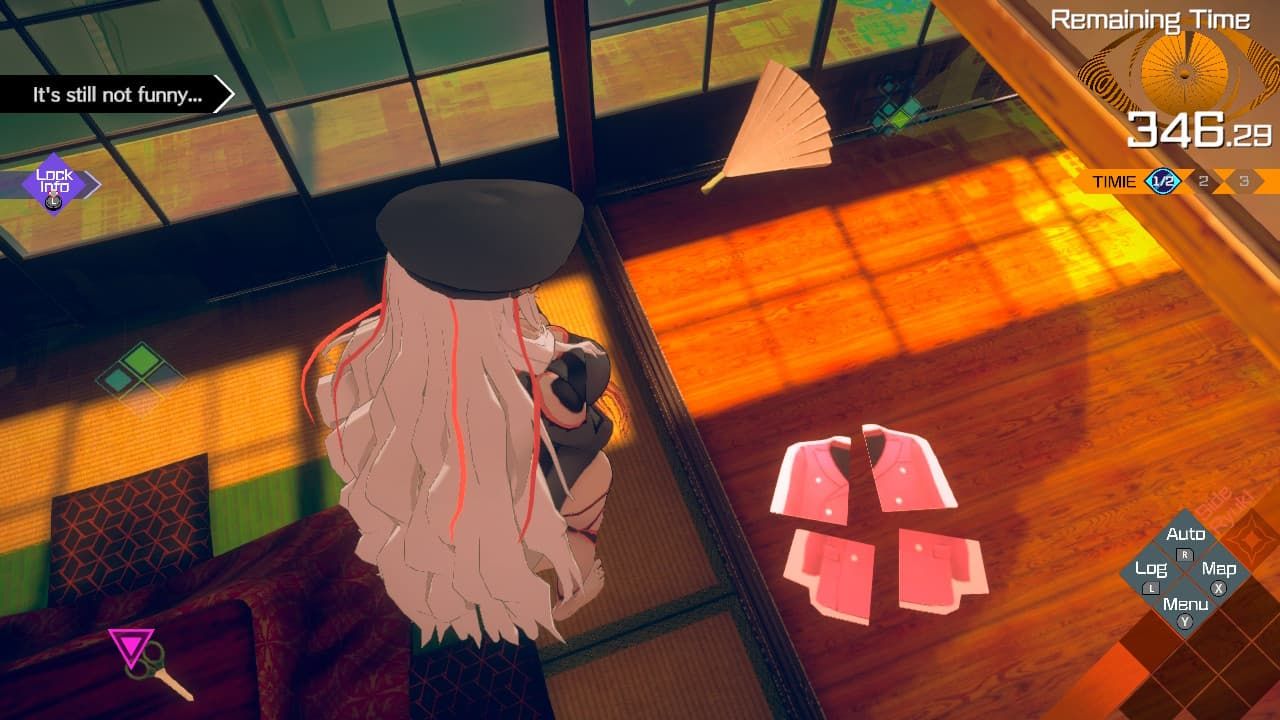 From here, you’ll be able to find a ripped up paper suit that resembles Komeji’s outfit that we saw earlier.

There are multiple tools in this room that could be used to ‘fix’ the outfit: choose the tape on the ground to put it back together. This will unlock the first mental lock. 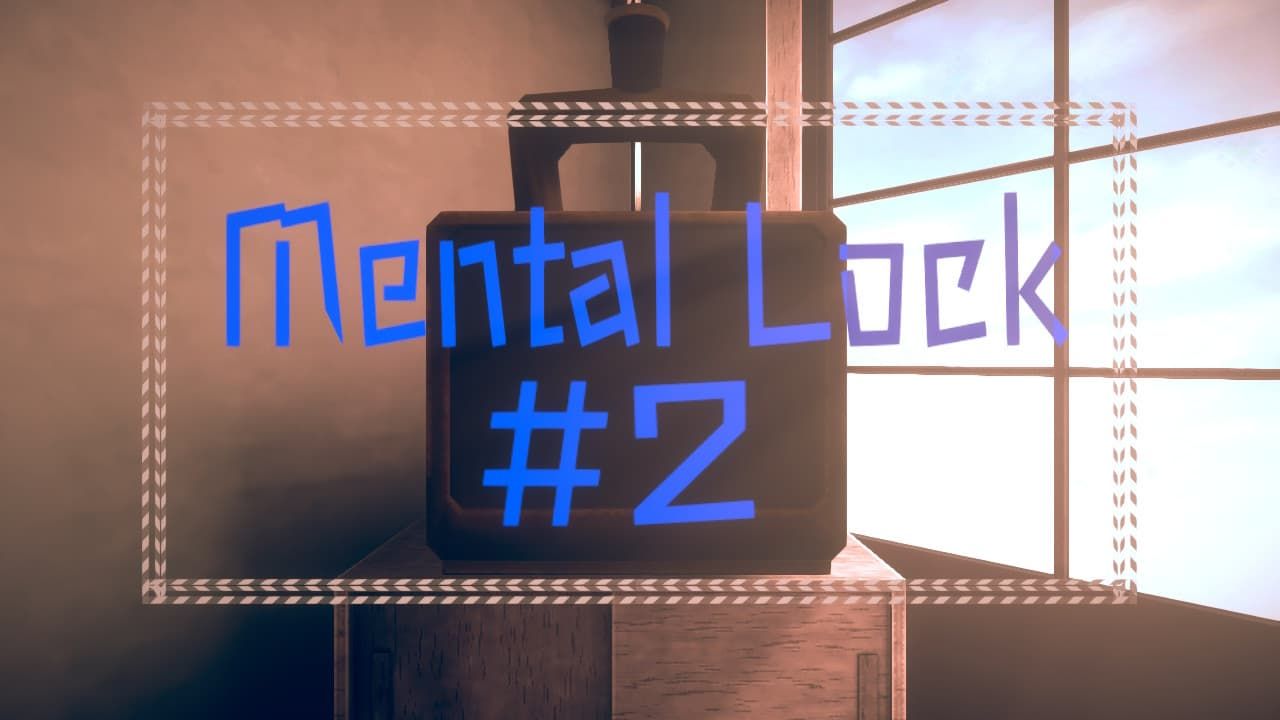 The second mental lock can be found after interacting with the old TV in the corner of the room. Choose the option to turn it on and play another one of Shoma’s memories.

After witnessing Shoma destroy the TV, you’ll need to repeat your steps from the previous mental lock and go back inside Shoma’s model house. 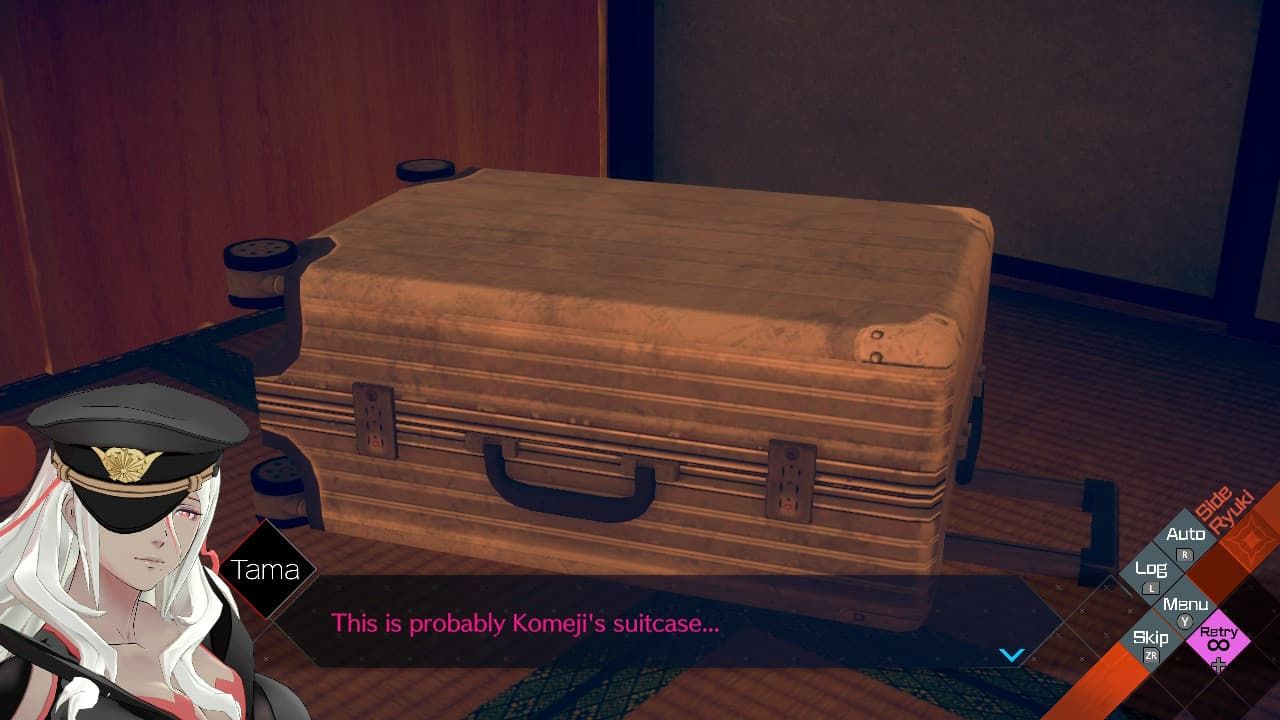 Inside the model house, you’ll be able to fix the TV that Shoma broke in reality. You can do this by opening up the suitcase on the ground.

When presented with four options, you should choose the option to “tickle” the suitcase, which will get it to laugh and open up. Inside, you’ll find a drawing of Komeji. 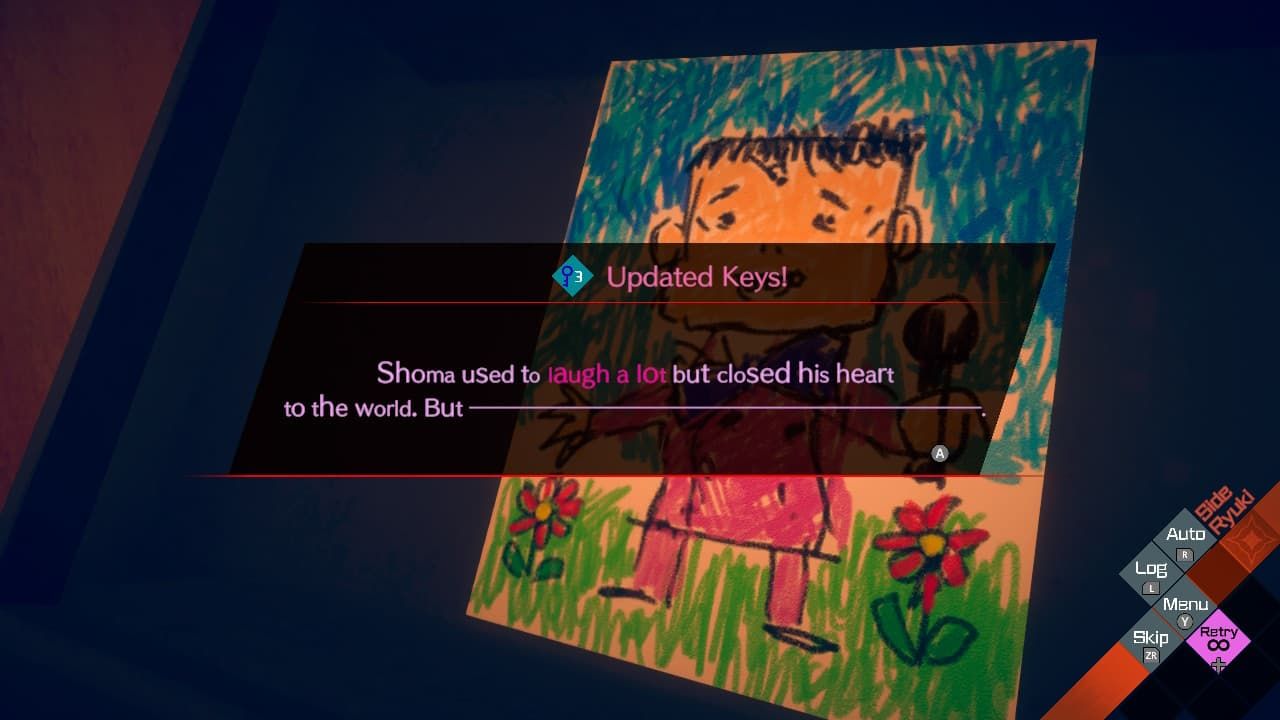 Interact with the drawing, then choose the option to cut it out. We can use this cut out piece of the drawing to cover the hole on the TV, which will unlock the second mental lock. 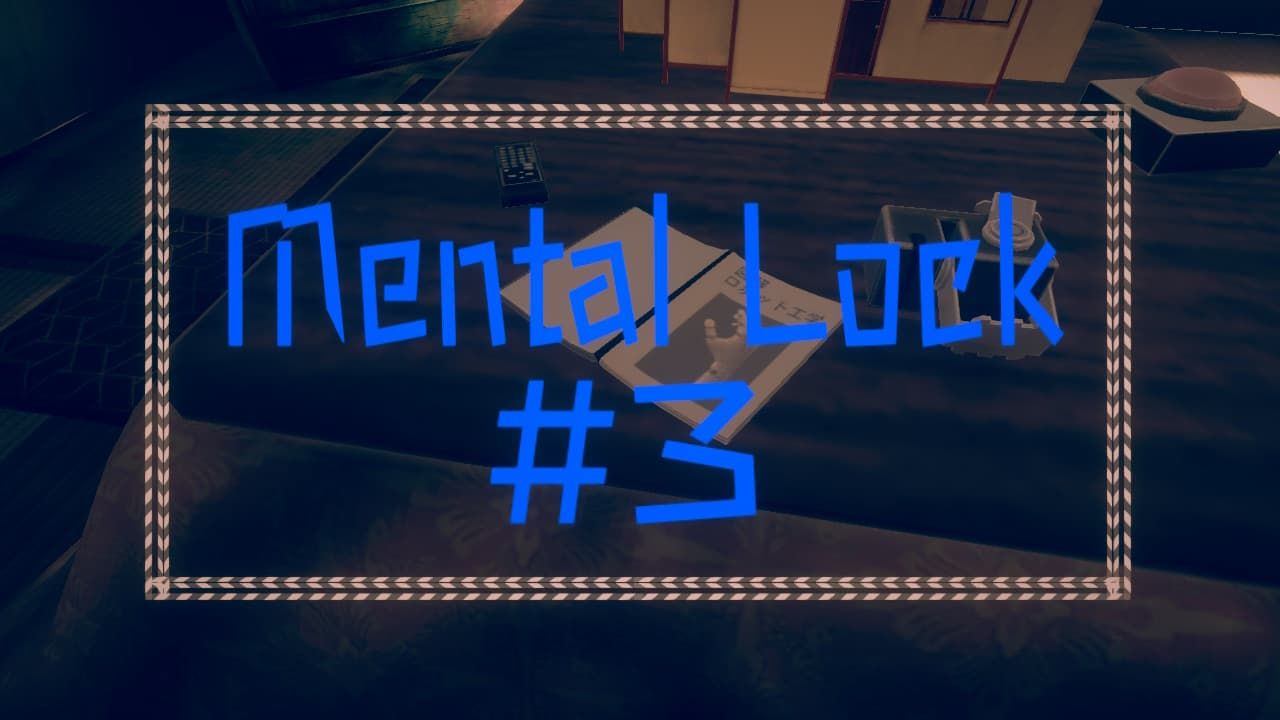 From this point on, you won’t be able to go back into the model building. A notebook will appear on the floor, which you should go and read.

The book is full of insults that Shoma has received, which seem to contribute to his fractured perception of reality. Shoma will then grow to a giant size and reveal that the ‘real’ house you were in was also just an artificial construct of another kind. 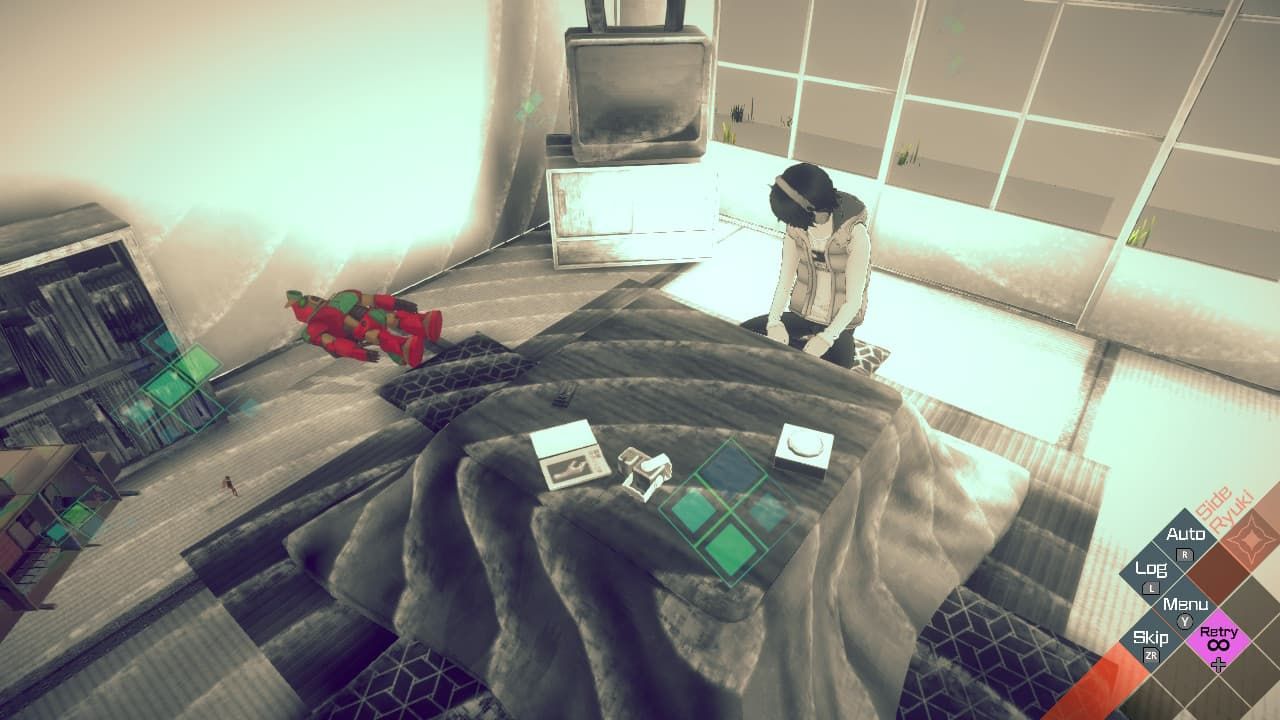 After this happens, more notebooks will appear throughout the room. Find the math notebook in one of the corners of the room and read it.

Choose the option to “fix with eraser” to remove the parts that are blacked out. This will reveal Shoma’s name written on the notebook, showing us another one of Shoma’s memories about the origins of his name, unlocking the third mental lock of the somnium. 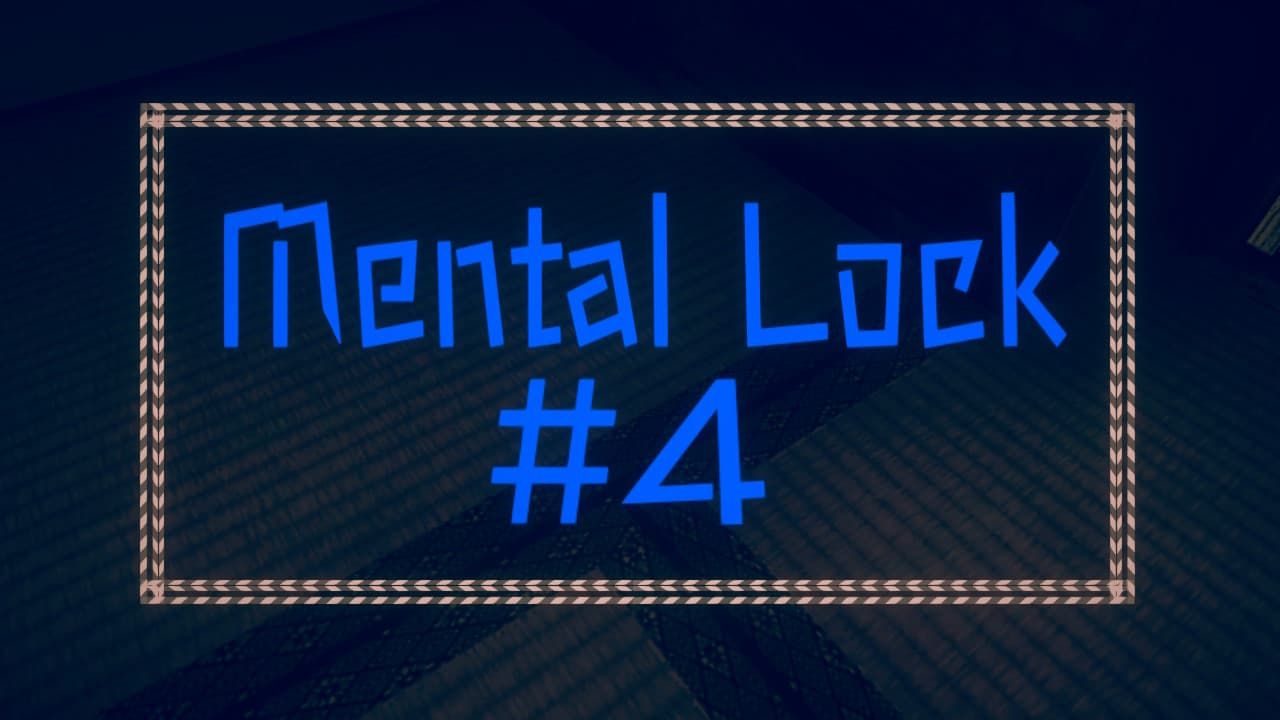 After Shoma descends further into their breakdown, you’ll need to anchor them back to reality. Head to the dresser in the corner of the room, then choose the option “comedy duo” which will open it up, revealing some torn origami paper hidden within. 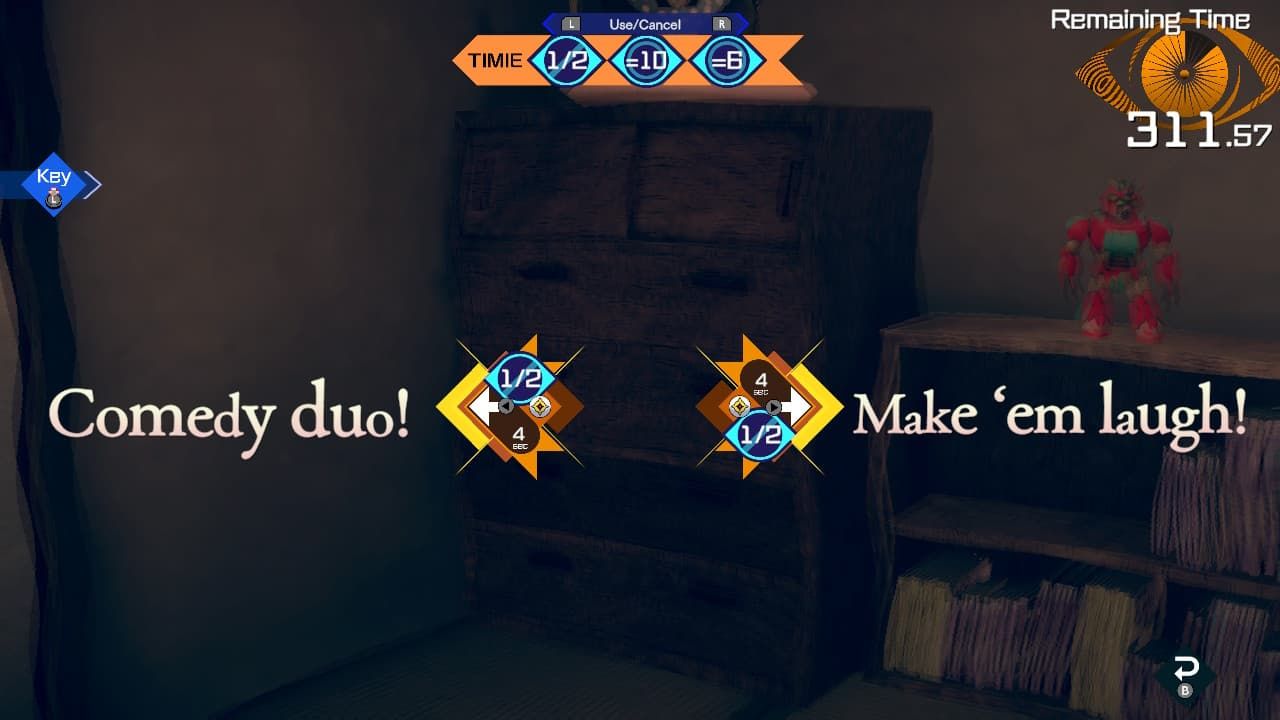 Now, move to the other side of the room and inspect the refrigerator. When presented with two options, you should once again pick the nonsensical comedy option of “prop comedy”, which will allow you to find another piece of broken origami paper. 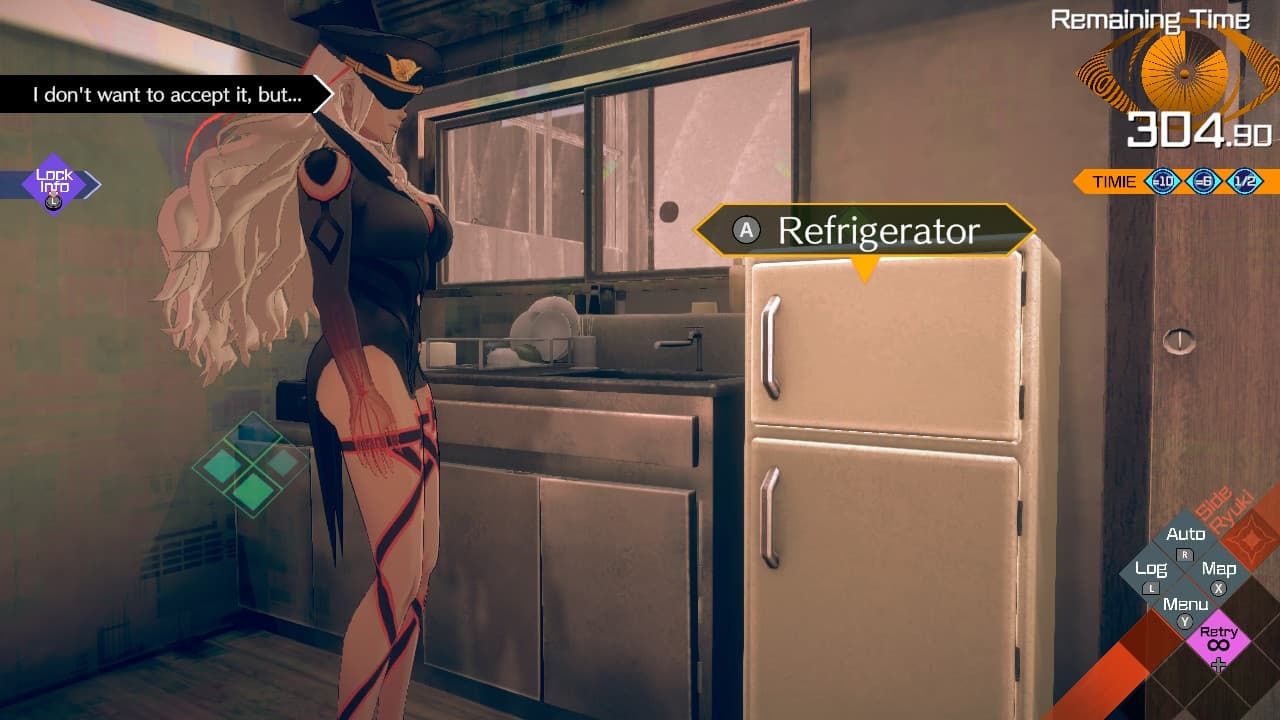 As you may have noticed, you’ll need at least one more piece of this origami paper. To find it, you need to interact with the one-wheeled robot, and then select the option “smile” at it, after which you’ll receive the final bit of origami paper. Now you can attach all the pieces together. 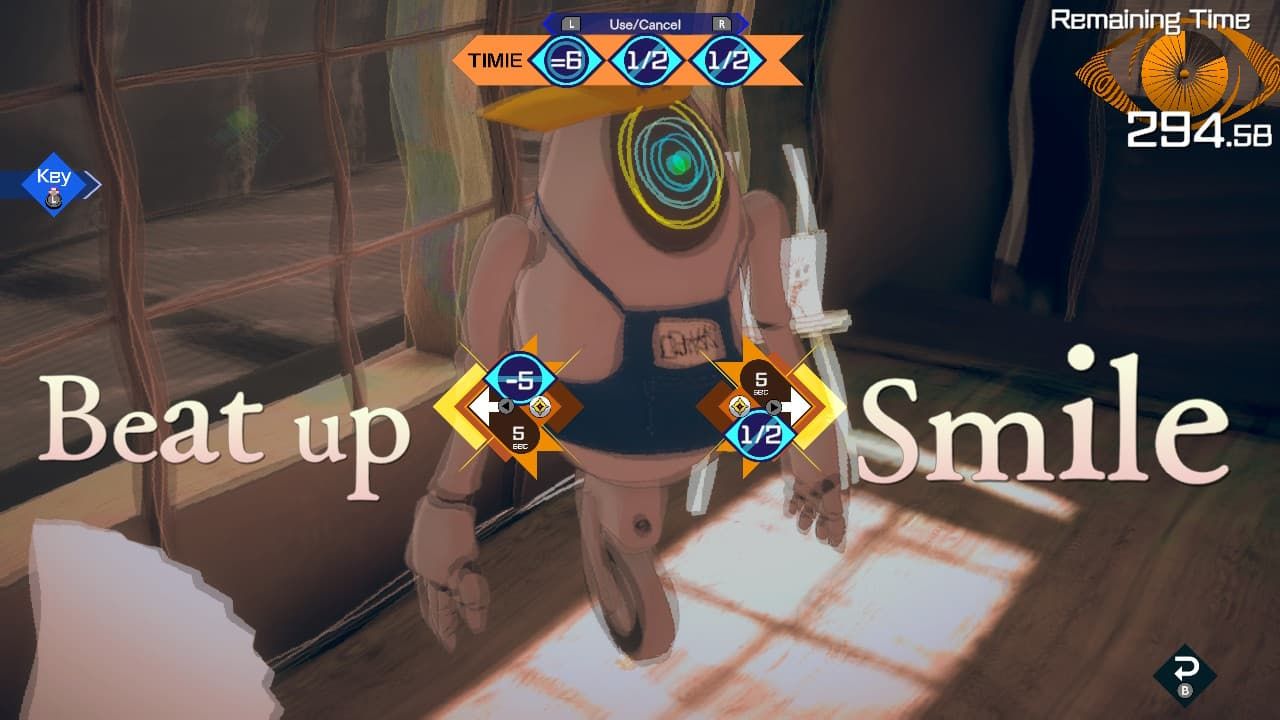 Interact with the golden paper that is now on top of the table (‘kotatsu’) and you will be presented once again with a few options for repairing it, as with the broken paper resembling Komeji’s outfit from earlier in the somnium. 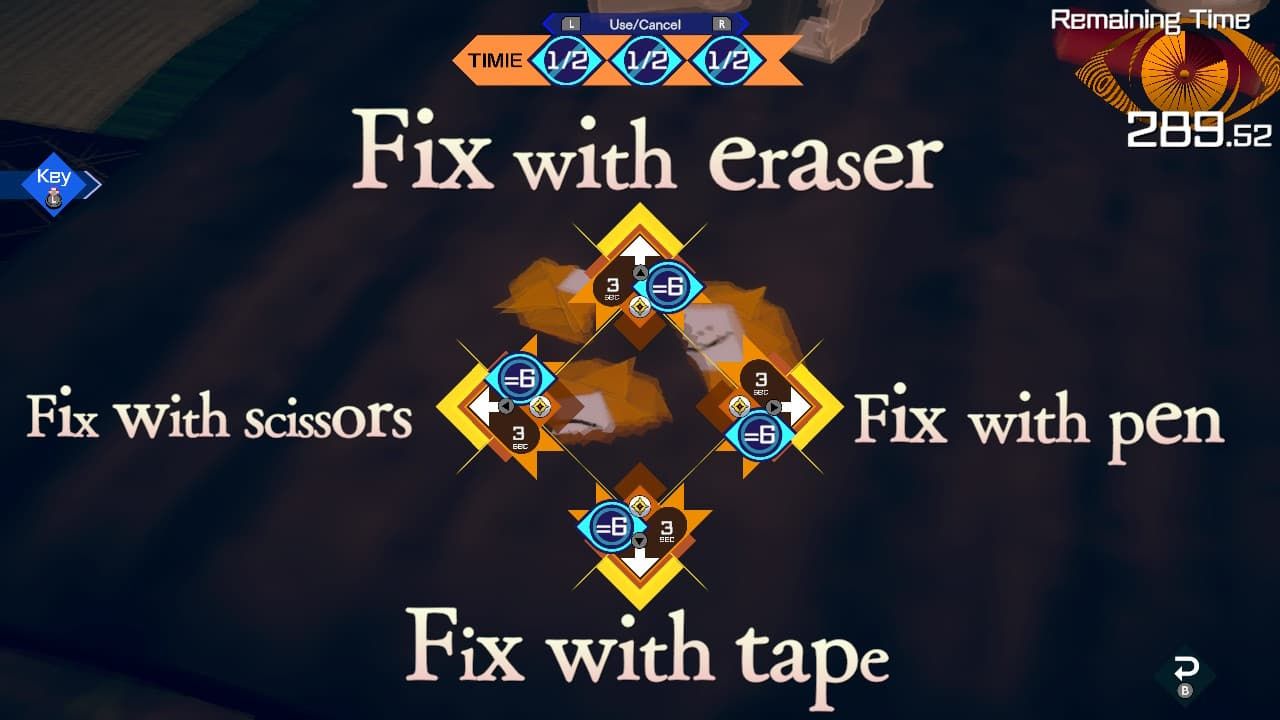 Choose the same option for fixing it as you did with the outfit paper: fix it with tape. After this, you’ll be miniaturized once again, and the fourth mental lock will become unlocked. 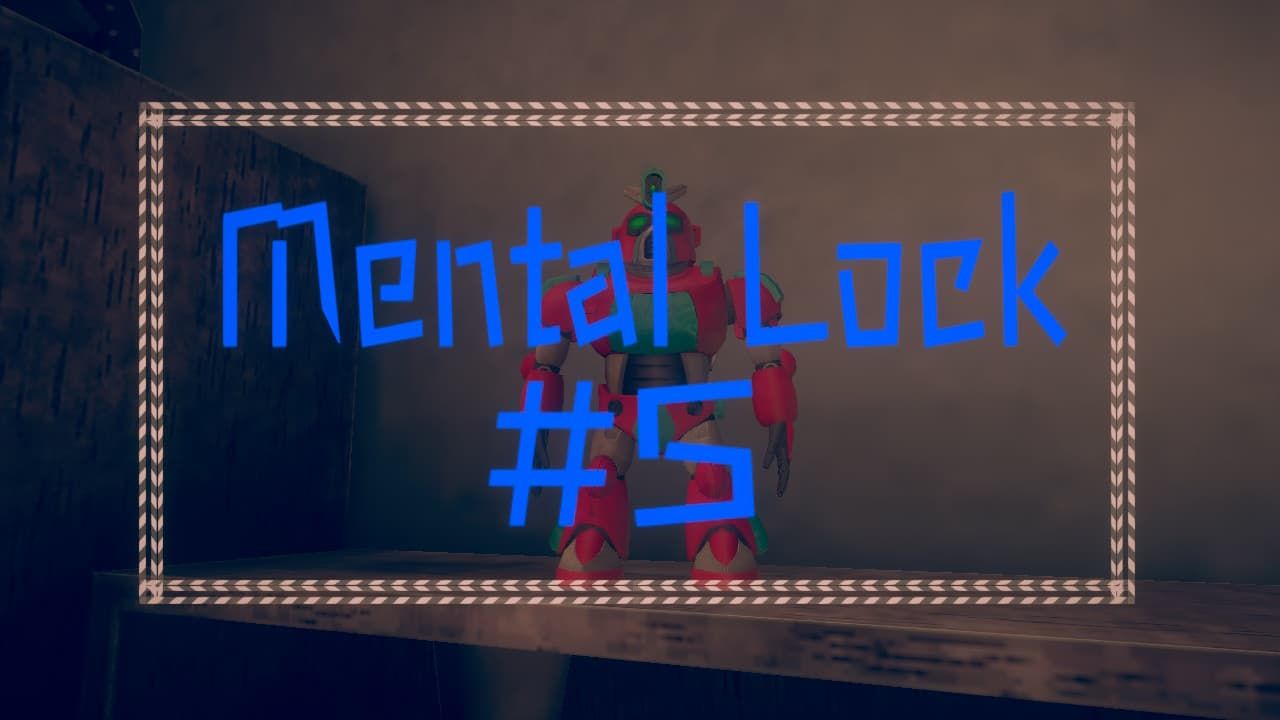 To solve the final mental lock, you’ll need to go and pick up the golden origami medal you created. It’s tiny now. A cutscene will play revealing shoma’s memories of giving Komeji the hand-made origami medal. 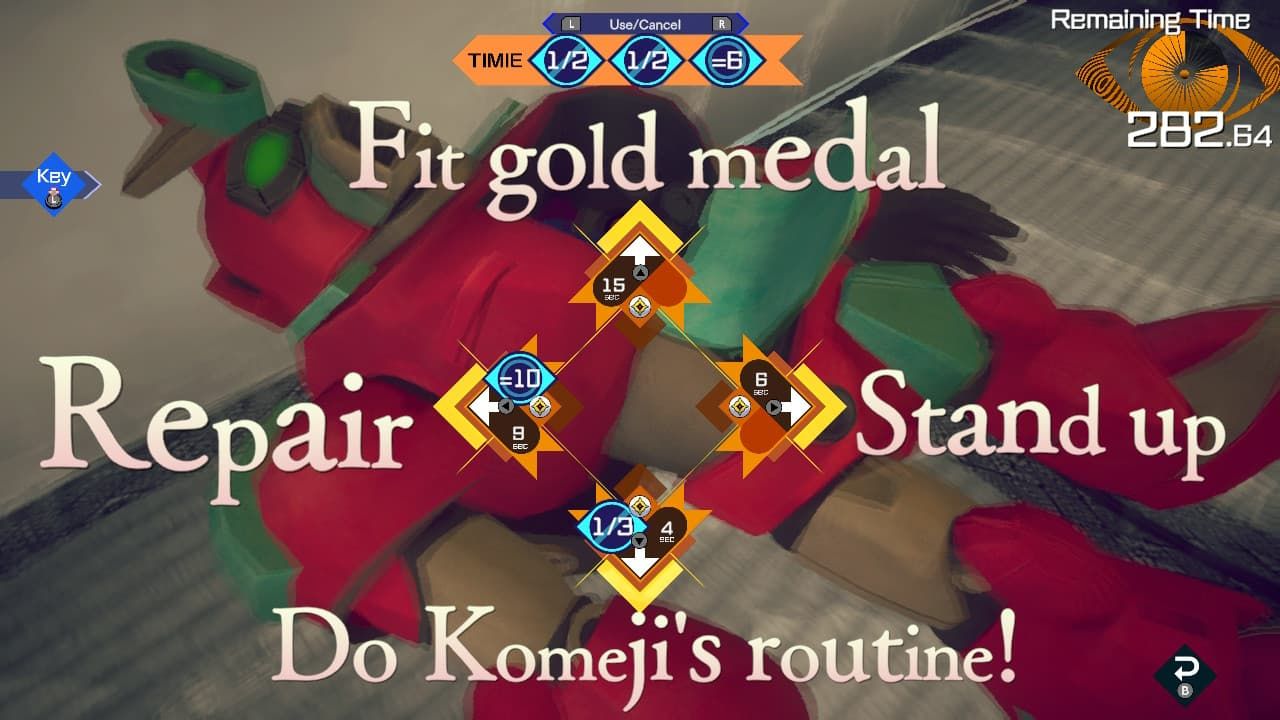 After the cutscene, you can go and put the gold medal into the robot using the option “fit the gold medal” which will deduct a large amount of time from your counter. However, this is the final choice of the somnium, so as long as you have at least 60 seconds remaining, you should be okay.

After doing this, the final mental lock will unlock, completing the somnium.