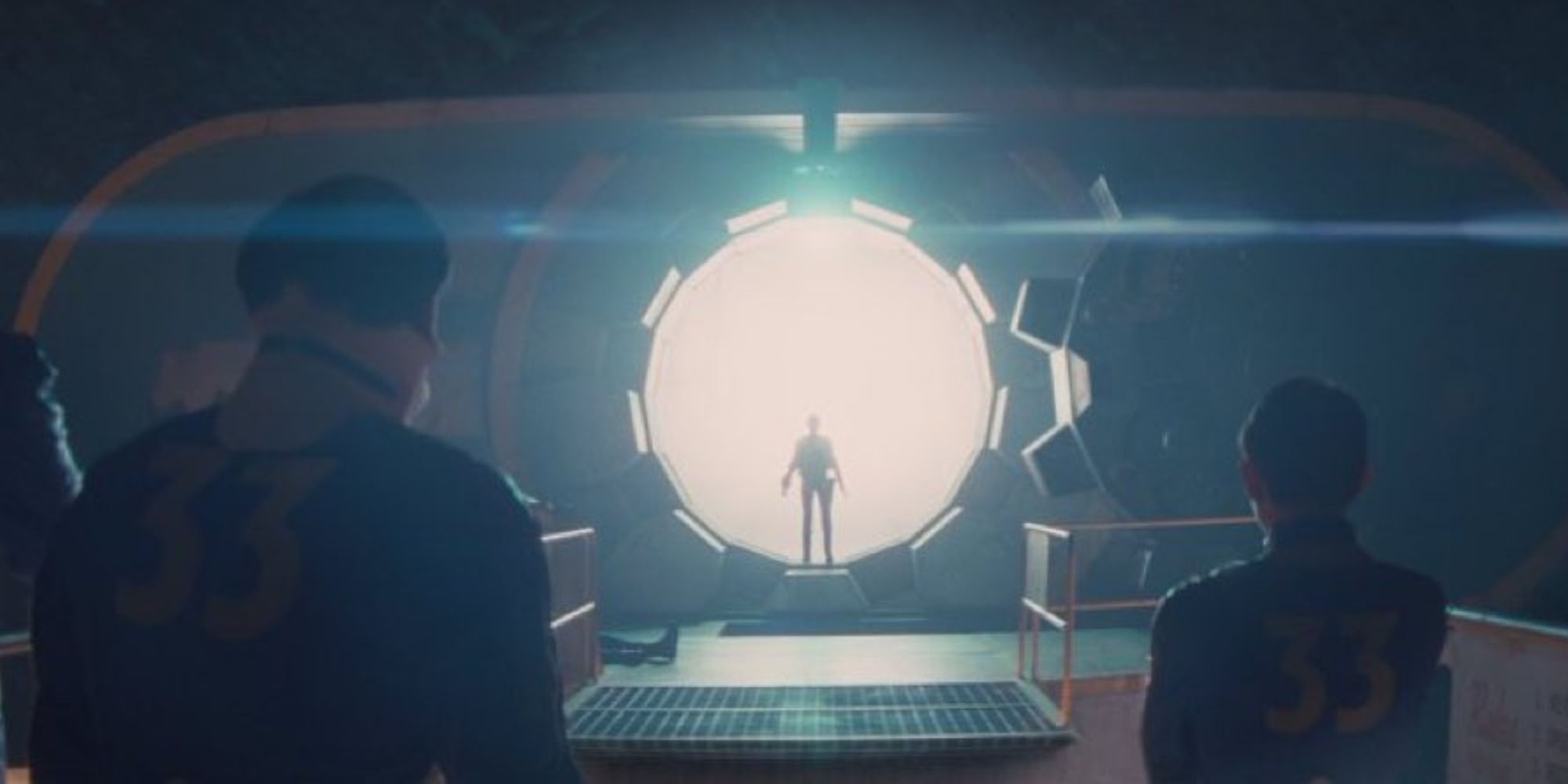 Amazon has finally given us our first official look at its upcoming Fallout TV series in the form of a single image as a celebration of the franchise's 25th anniversary.

The image was shared via the official Amazon Prime Twitter account and features several Vault Dwellers standing in front of an open Vault door. While we don't know the context for the image, it heavily implies that this is the first time the Vault door has been opened and these Dwellers are about to take their initial steps into the Wasteland. We can also see the feet of someone who has either been killed or laid out, suggesting the Dwellers could have forced their way out of the Vault.

We can also tell from the image that the Fallout series will probably start out in Vault 33, as the number is displayed on the back of the Dwellers' jumpsuits. Leaked set images from earlier this year seemed to suggest that Vault 32 would be involved in the series somehow, but it's impossible to tell if these are two separate Vaults or if Amazon simply changed the number.

If this is the first you're hearing of a Fallout TV show, let me fill you in. It was announced way back in 2020 and stars several big name actors including Ella Purnell – the voice of Jinx in Netflix's Arcane series – and Walton Goggins. We still don;t know much about when the show will air on Amazon Prime, but set images have been steadily leaking over the past year suggesting filming is well underway.

In other Fallout news, developers at Bethesda have been sharing behind the scenes tidbits to celebrate the series turning 25. For example, it was revealed that Fallout: New Vegas was originally supposed to be a massive expansion for Fallout 3 before Todd Howard insisted it should be a standalone game.