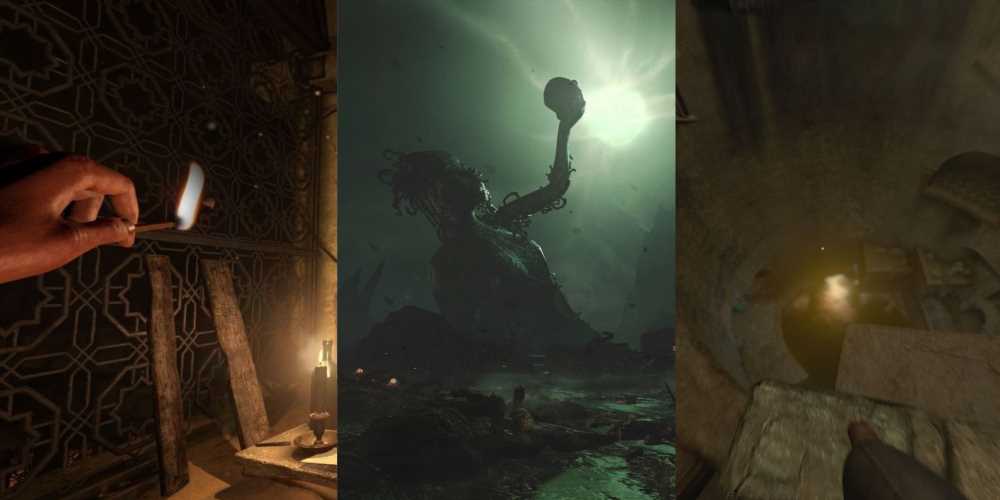 Amnesia: Rebirth is downright disturbing in ways words fail to describe. The way it portrays fears known to man is what makes it a worthy successor to Amnesia: Dark Descent. The aim of the game is to survive and get a questionably happy ending, and while doing that, there are likely things that you've done that are very much relatable to other players as well.

Whether you've done these things out of desperation to live, or you're simply out of options and don't understand how to move forward with this maze-like game anymore, don't fret because others have done them too. 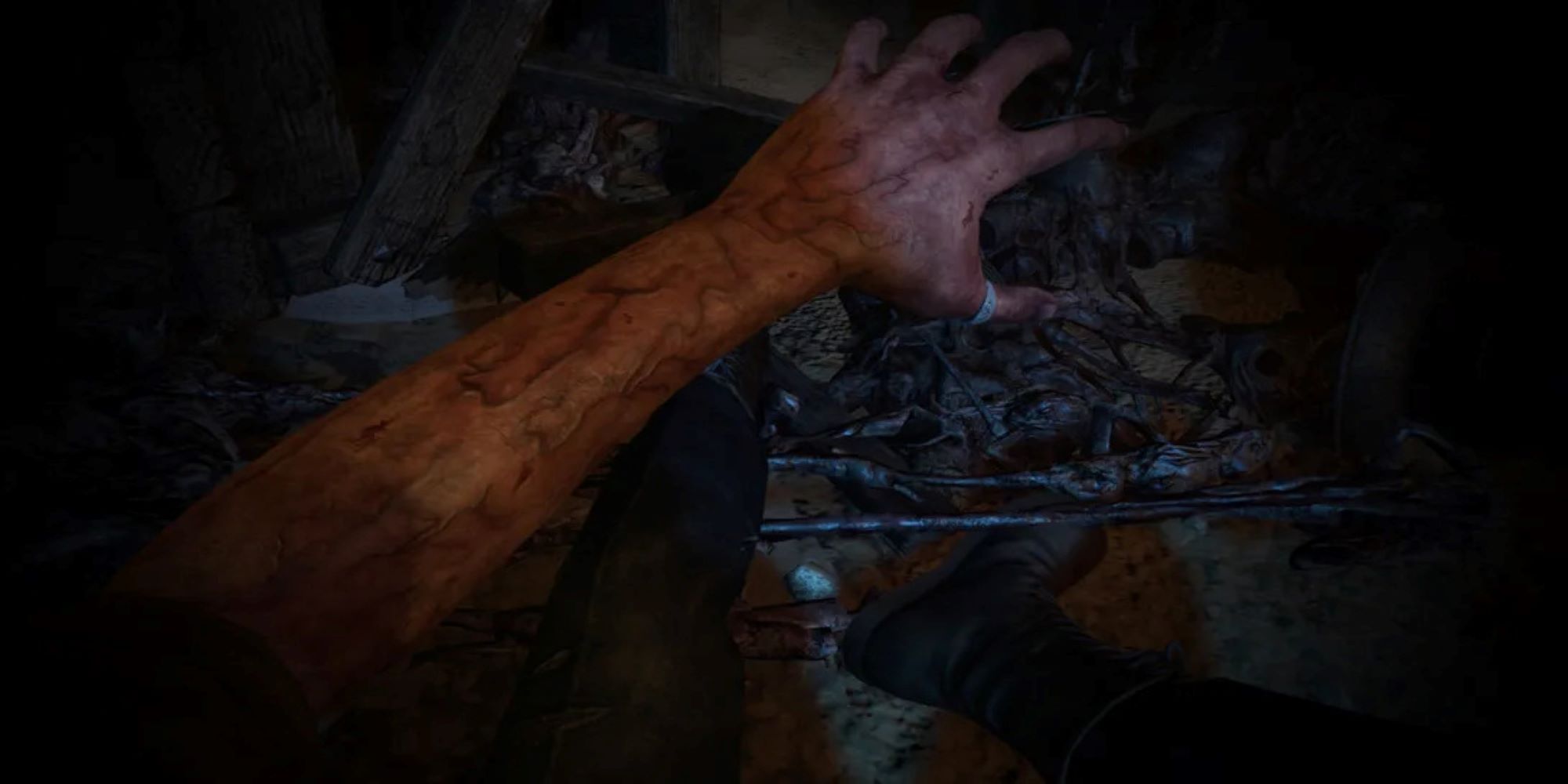 As hard as it is, you did your best to avoid monsters and shadows. You flinch every time you see those dark veins form around your eyes, and struggle so hard once the cryptic images appear in sight. Being in this game also makes you lose grip of what is even real, as you start to form trust issues towards the character you're piloting due to the fact that she has amnesia.

The mix of having a character who's essentially an unreliable narrator, plus having a bunch of creepy crawlies looming in the dark, is bound to give you a hard time maintaining your in-game sanity. 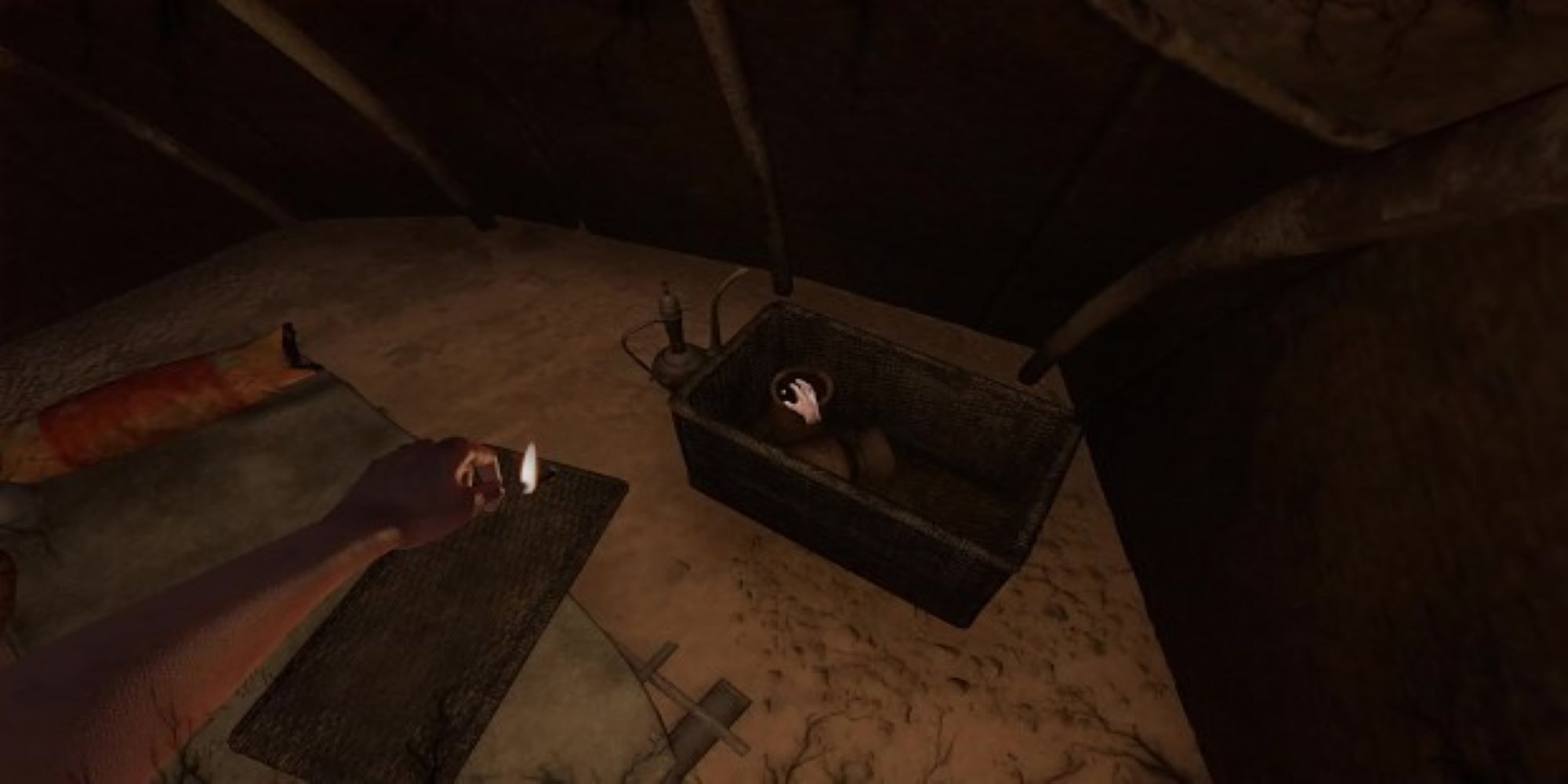 You're stuck on a puzzle, and there are a ton of boxes. You may have smashed a vase or two. Whichever is the case, you know you're guilty of haplessly throwing stuff around to find useful things such as matches, oil, and even important pieces such as keys and mechanisms.

This is the very definition of throwing stuff around and finding out, and there will be times it works, and you do get to solve puzzles because of these random actions. 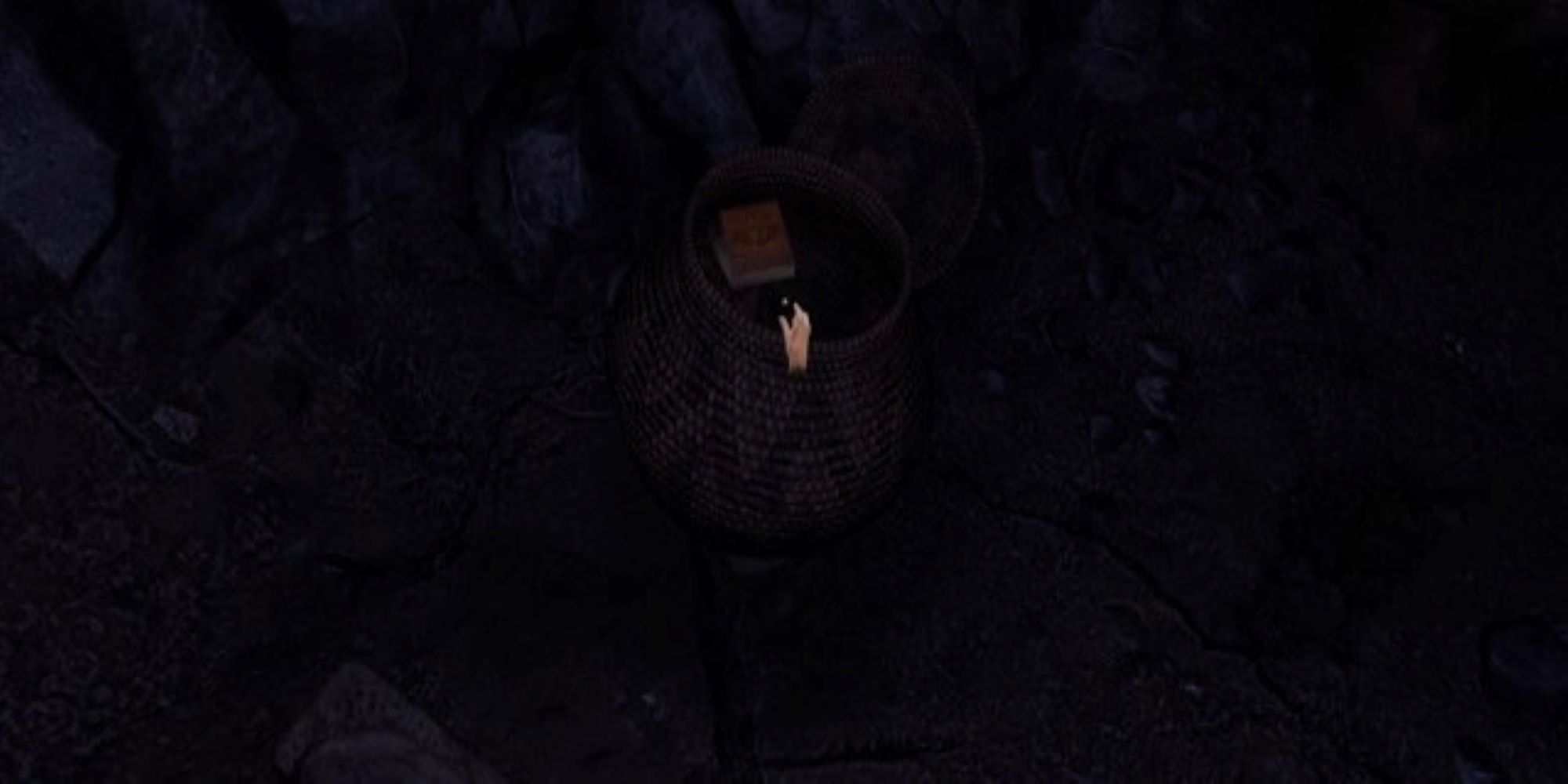 You're mid-game, and you're exploring ruins, and then your last match goes out because of the wind. Maybe you ran, and the light went out. You thought you still had at least some oil canisters, but then realized that you're also out of them.

That could be the most horrific thing to happen when you're at a place that completely has no light source, and it gets worse when you're in the middle of nowhere. If you're not cursing at your misfortune, you're most likely praying to find some glimmer of light in those complicated tunnels.

7/10 Trying Not To Shiver When You Cross High Places 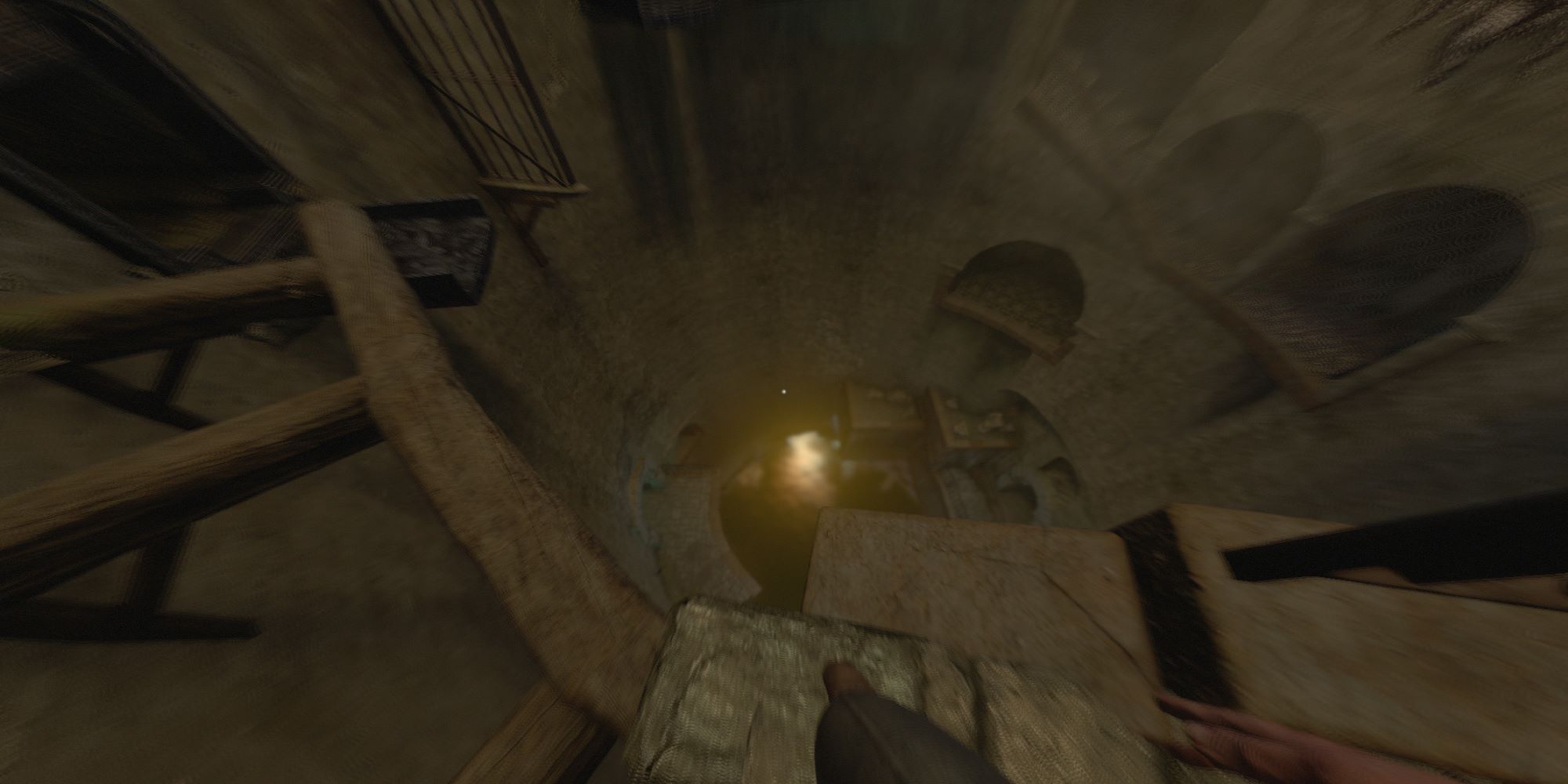 This game is a masterpiece precisely because of its ability to merge all sorts of fears in one game. If you're afraid of heights, Amnesia: Rebirth didn't disappoint in that department, because Tasi has to cross questionable ledges and shaky planks for her to get to the next point.

If you do dare to look down, you're often met with abysmal darkness that you could seemingly fall infinitely through. 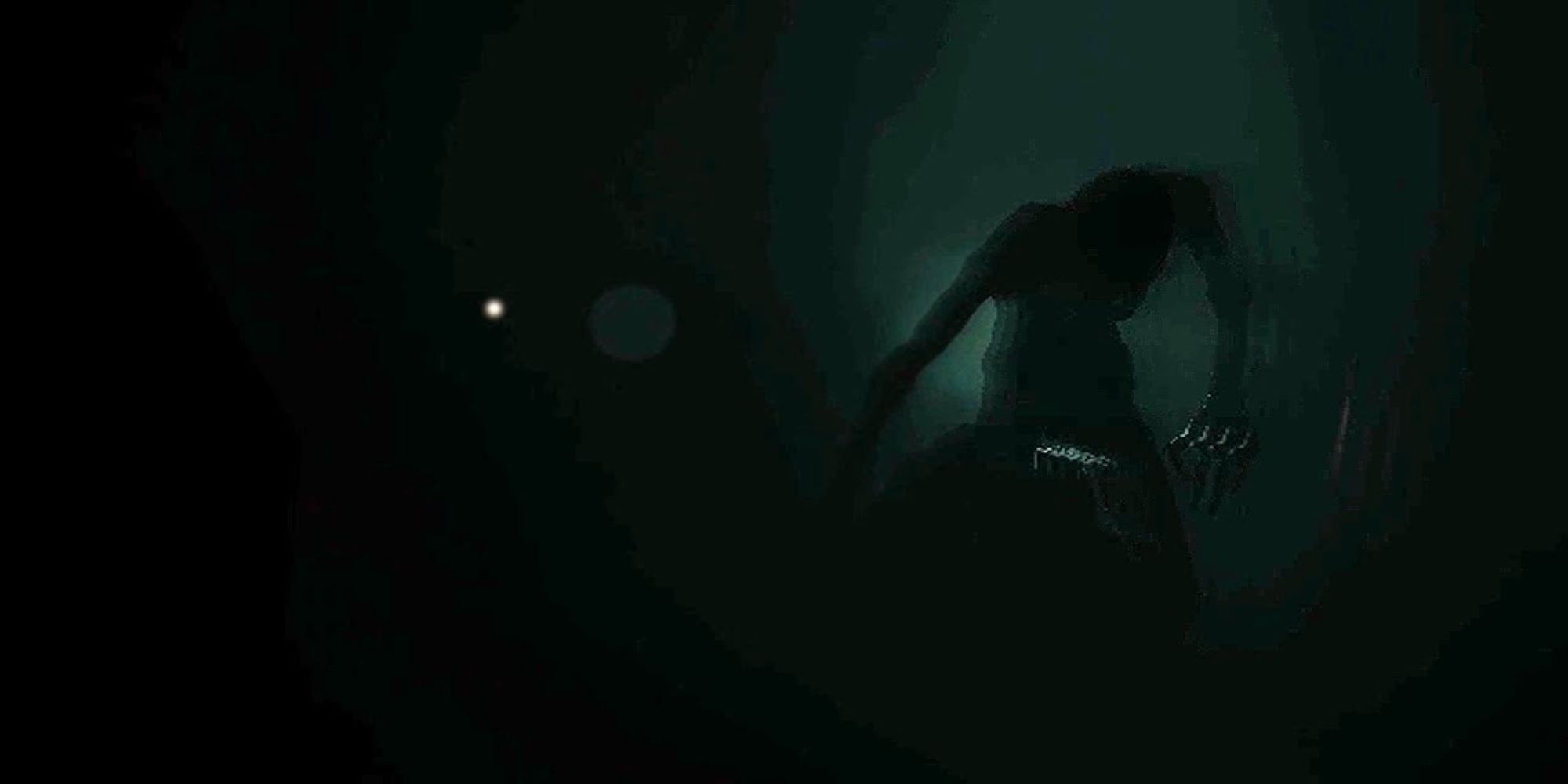 You just saw a ghoul crawling around the dark, but you know if you stay in one place, you're most likely going to be attacked anyway. It's a do-or-die situation, so you lit your match and slowly crept into the dark, hoping that no ghouls or wraiths would notice you because all you really want to do is to stay alive.

You've also taken pauses mid-game to remind yourself that it's just a game, and that these monsters don't really exist… Right? 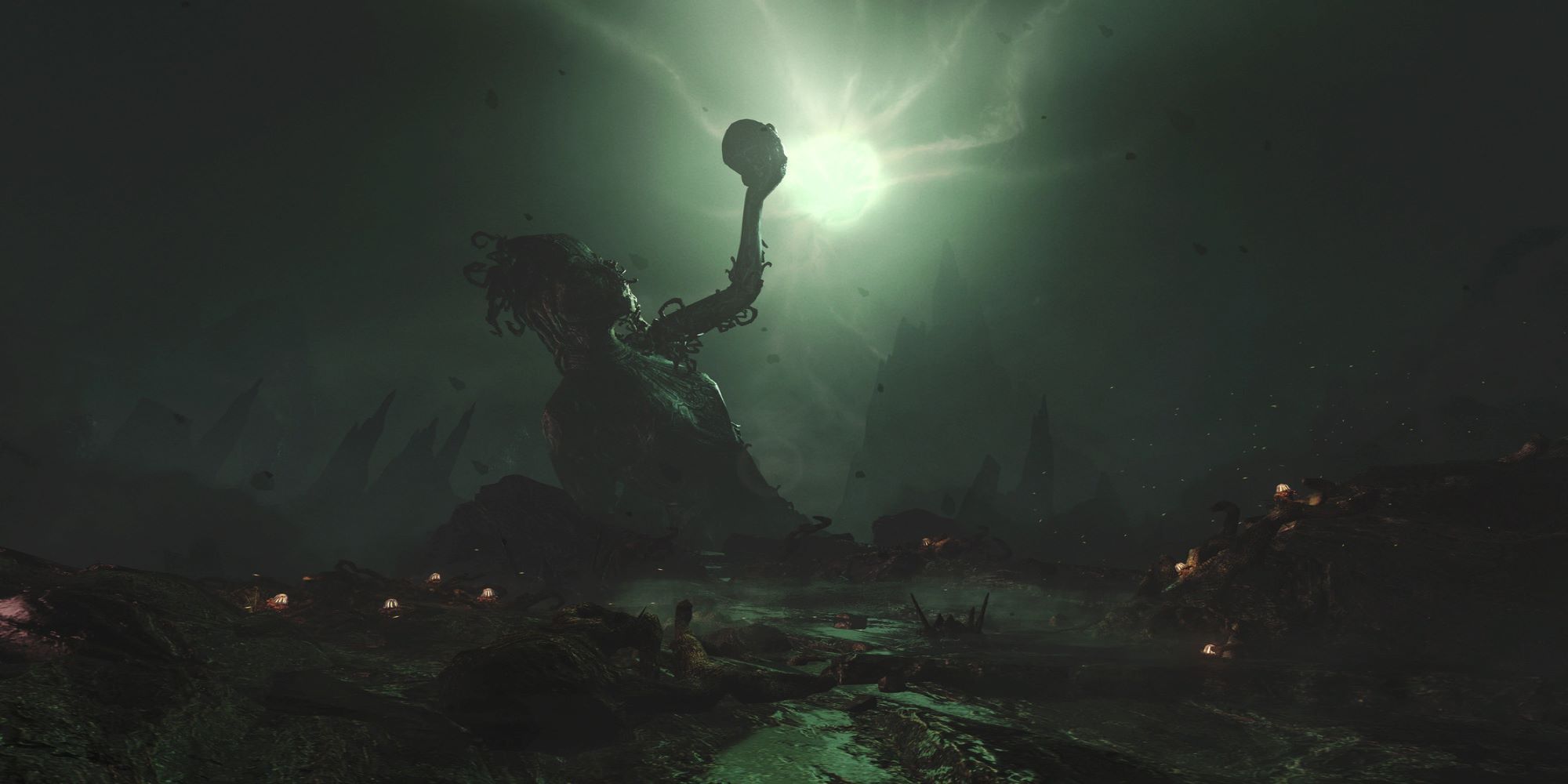 You have to admit that there are times that you were left in wonder about the alien structures that are presented before you after being exposed to an entirely different terrain. If you're not seeing carnage or being attacked by monsters, you're left in awe by the civilization lost to time and the strange devices that exist there.

Despite feeling a sense of relief when in the desert (most of the time), you're also amazed at the dark and foreboding environment of The Other World.

4/10 Searched For Guides To Solve Puzzles 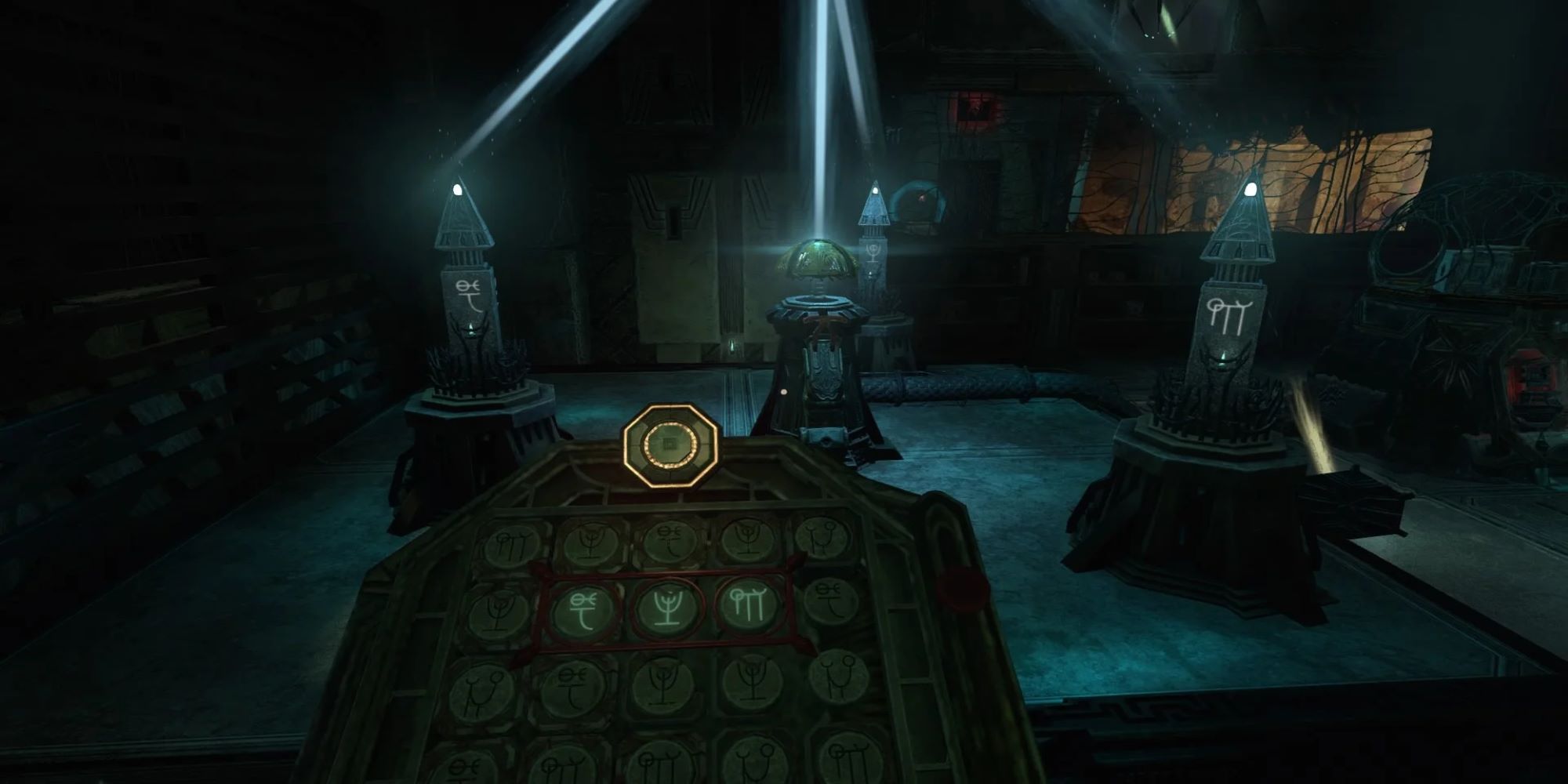 You're guilty of asking around Reddit and even YouTube for guides because some puzzles were simply too confusing. Although some would claim that the puzzles in this game aren't hard at all, what puts pressure on you is the fact that you always feel like somebody, or something, is always watching and is ready to leap at you.

So you may have cheated here and there to alleviate some game stress of yours, and that's alright. It's a judgment-free zone here. 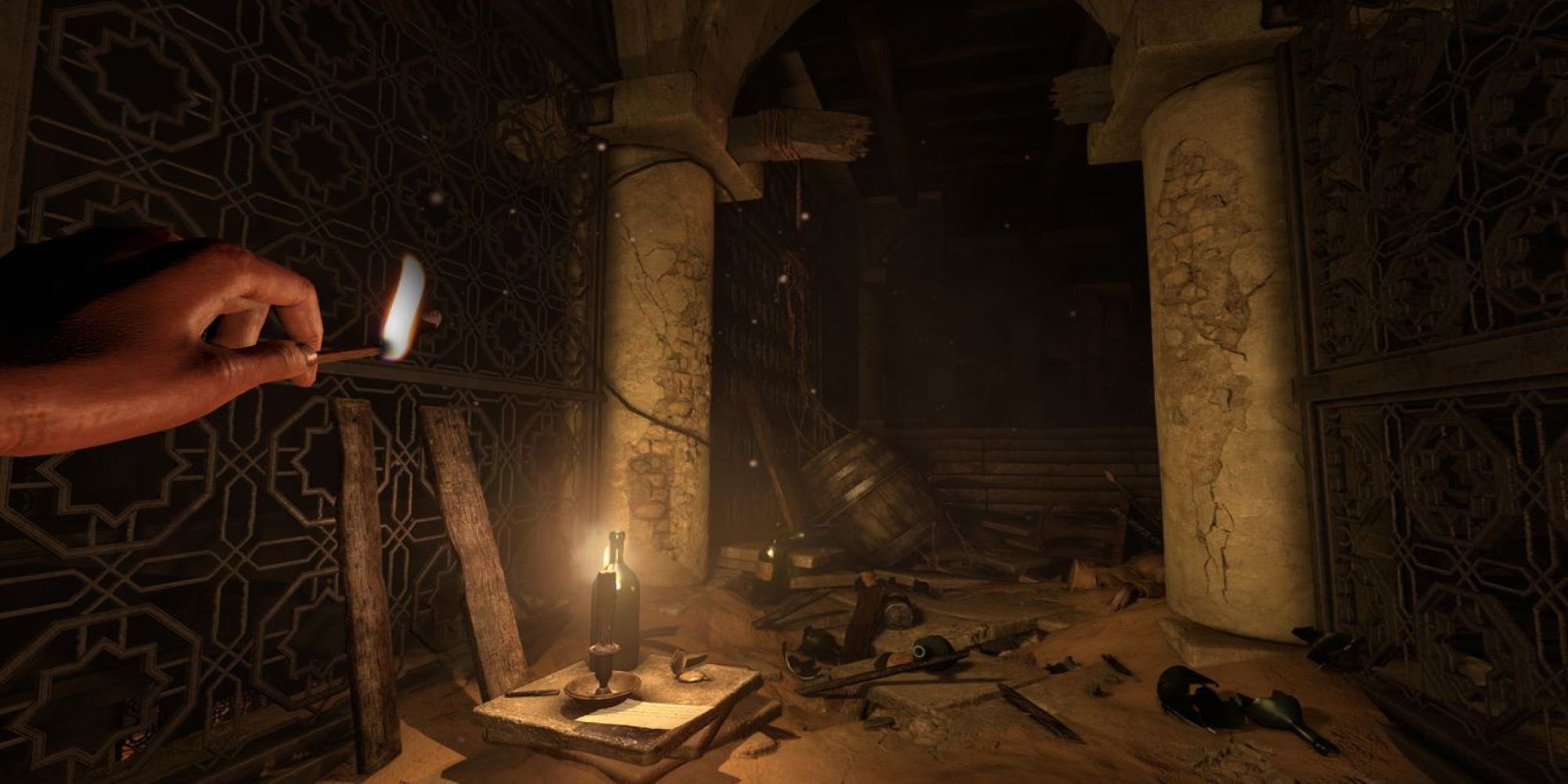 Taking care of Tasi throughout the game made the playing experience even more horrifying in its own right. Upon finding out that Tasi was actually having a child, you most likely found yourself being more careful with her even if the terrain she was at is wild and unforgiving. Gone were the early days when you'd jump around ledges, or explore too carelessly. You would even find yourself flinching whenever you took a bad fall in the game.

You've probably grown to love Tasi and her child throughout the story and did your best to handle her with utmost care. 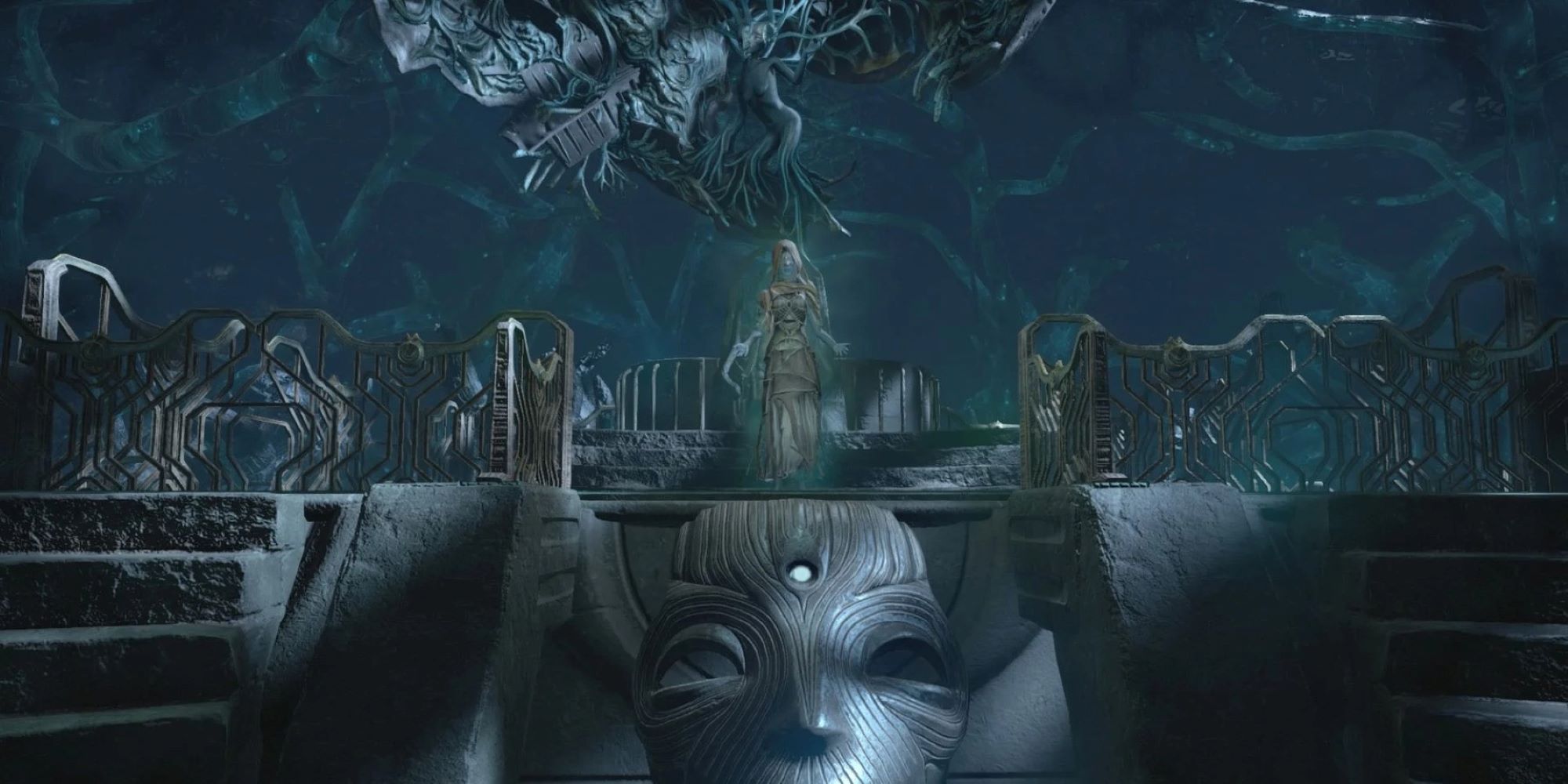 Like many games, choices are crucial in your path forward. Amnesia: Rebirth is no exception, and you had to make choices that dictated Tasi and her child's fate. Whether this included fighting for their lives, or even going down questionable routes, you made tough choices all for the best of your character. There were sacrifices that had to be made at the end of the game, but you had to pick what would spell the least regret in this case.

Although subjectively, Amnesia: Rebirth's "happy" endings are more bittersweet, it was up to you to determine what was an acceptable ending for Tasi and her child. 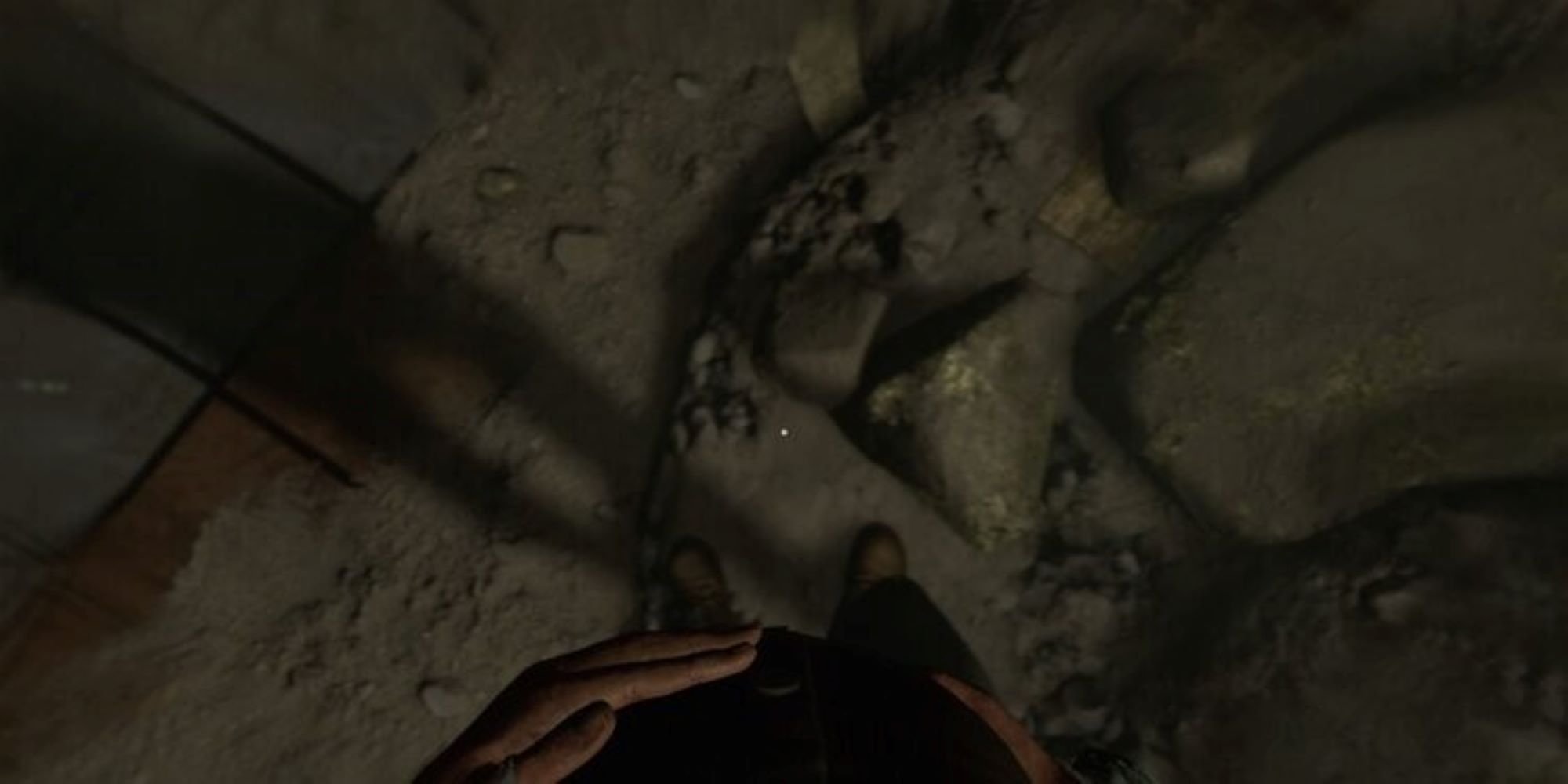 It's been done so much by so many players, it deserves a meme in its own right. It probably felt weird to do it at first since you feel somebody else's heart beating through Tasi, but it's something that you've come to do with a knee-jerk reaction in order to keep Tasi happy throughout your bleak journey.

Maybe you're part of the demographic that finds this function weird, and considered this experience to be part of body horror. Regardless, it's still a pretty cool mechanism, since not a lot of games offer this same kind of comforting experience.