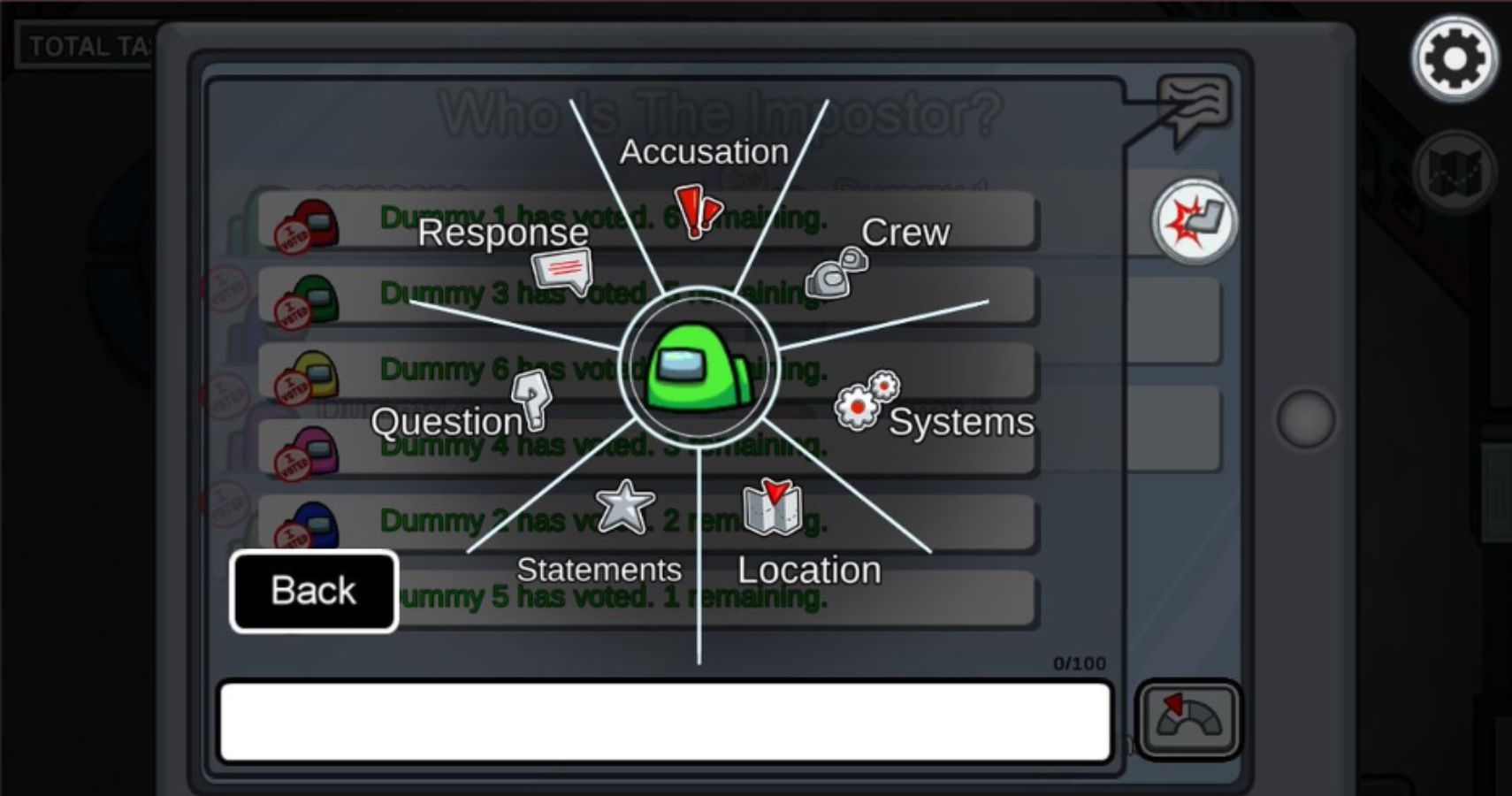 Letting players know your thoughts in a lobby of Among Us just got a whole lot easier. A new chat update has given players access to a Quickchat wheel, which improves the game’s messaging experience on all platforms. As a game that relys on communication, this new feature is welcome sight for many users.

Innersloth, the developer behind the game, took to the game’s official Twitter to announce the new feature. The Quickchat, which is part of the v 2021.2.21 update, will make the game easier to play for users with different needs. This new feature lets users give the most common responses, like “I was with X”, “X lied”, and “This is a self report”, quickly and without having to struggle with typing out phrases on the game’s rather clunky interface.

Among Us has always relied on communication to play the game effectively. While a lot of streamers play the game with a voice-chat function, many players access the game on mobile or in lobbies with strangers. As such, they rely on the text chat for communication which was always an awkward and time-consuming endeavor, especially on mobile. Many fans have begged for a feature like Quickchat to make the game easier to play and more fun to enjoy.

This update also brings with it an “Under 18” option that will limit the user to only being able to access the Quickchat option. This will allow parents to let their children play the game online with a sense of relief knowing that only certain phrases and terms can be shared via chat.

Innersloth also teased a larger Among Us update in the works. By acknowledging that fans were “waiting for the big update news too,” the tweet noted that more info on that front would be coming very soon. For now, this new Quickchat will be available on all versions of the game, meaning that it will soon become a standard for players old and new. Shortly after the update went live, the game tweeted out that they were aware of a glitch with lobbies and games on some platforms and were working on a fix.

Seems like there are big plans in store for Among Us this year and this new Quickchat feature is just the beginning. Making the already popular title more accessible is a huge deal and one that will surely benefit everyone involved.