Everyone is looking to get a piece of the Cyberpunk 2077 pie, including German luxury carmaker Porsche. But it makes sense that GOG is giving out just a little bit more Cyberpunk than anyone else. GOG is, after all, owned by the same Polish tech firm that’s making Cyberpunk 2077.

Pre-order or purchase Cyberpunk 2077 after launch on GOG.com and you’ll get a bunch of freebies, including a copy of the soundtrack, an art booklet, and now an exclusive digital comic book.

It’s called “Cyberpunk 2077: Big City Dreams,” and this is no mere weekend comic strip. This is a 50-page comic book that tells the epic tale of Tasha and Mirek, two cyberware scavengers that are just trying to get by in the dystopian world of Cyberpunk. Tasha has big dreams and big plans to be a world-famous gangster, while Mirek is the strong silent type that prefers to stay out of the limelight.

But when Mirek makes a discovery, it places him at odds with Tasha’s plans. And nobody stands in the way of Tasha’s dreams. 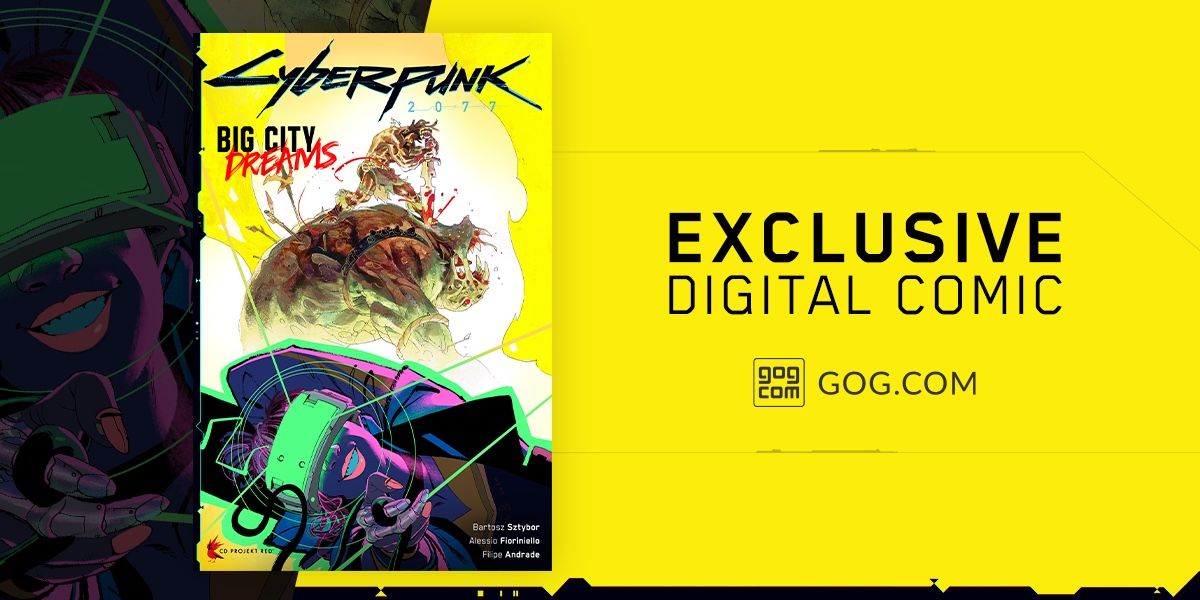