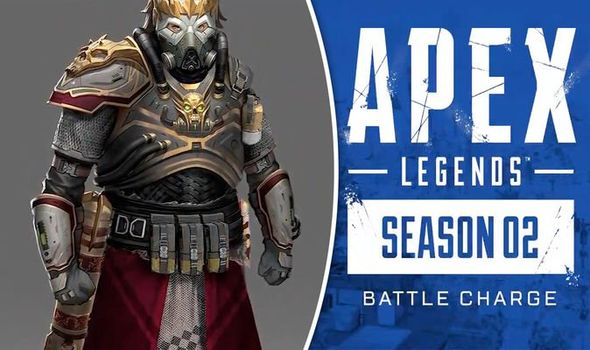 Originally scheduled to launch in June, the second season of Apex Legends has been pushed back until July 2.

Titled Battle Charge, the new season will launch with a new Legend, a new weapon, a map event and a new way to play the game.

Similar to Overwatch, the new season will have a ranked mode, complete with post-season rewards.

And confirming earlier rumours, Wattson will be added as a new character.

ORIGINAL: Apex Legends developer Respawn is getting ready to spill the beans on Season 2.

The Apex Legends stream takes place at 6pm UK time on June 8. You can watch it right here by clicking the play button in the video below.

“At 10:00 a.m. PST on Saturday, June 8, we’ll be sharing some of the first details on Apex Legends Season 2 as part of our EA PLAY livestream,” reads an EA post.

The next season of Apex Legends is expected to have a June release date, although we should find out for sure during the stream.

Respawn has also promised to make big changes to the Battle Pass for Apex Legends Season 2.

The biggest change is that Season 2 will have daily and weekly challenges, which should make things much more interesting.

“Starting in Season 2, you’ll be able to complete a mix of Daily and Weekly Challenges to level up your Battle Pass,” Respawn confirms.

“If you miss a few weeks or start late, your Weekly Challenges will still be around for you when you return, and you can complete them all at once.”

“While we don’t want to introduce wacky challenges that drastically warp the way you play the game, these challenges should provide some interesting variation from game-to-game.

“This means all players should feel more rapid Battle Pass progression and the journey will hopefully be more fun and interesting.

“Also, this addition should allow players who can only dedicate a few hours a week to the game to make a very deep cut into their Battle Pass progression.”

Elsewhere, three additional Legendary skins will be added to the rewards track, while badge and stat tracker rewards will be replaced.

Of course, some details may have leaked ahead of the Apex Legends live stream.

According to a post on Reddit, players will be able to equip Legendary attachments to shotguns and sniper rifles.

The Legendary shotgun bolt will increase the maximum upgrade to fire rate and add a 15% movement speed increase.

The Legendary sniper stock will adds fast handling and large aim drift reduction. It also deals up to 120% damage the further away the target is.

Titanfall fans will also be happy to hear that Flyers could be making an appearance, complete with bonus loot.