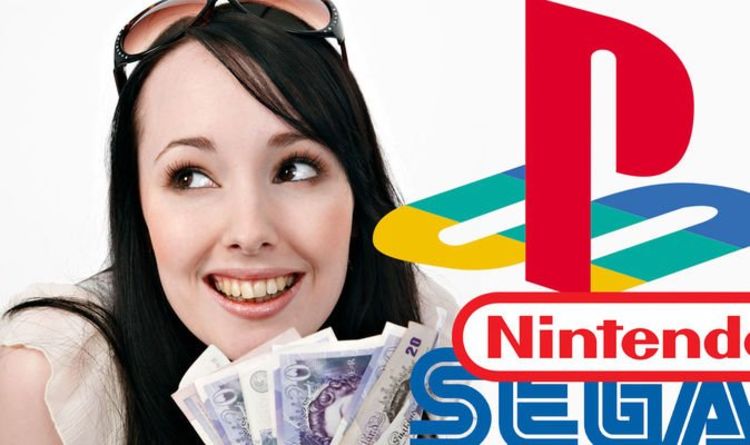 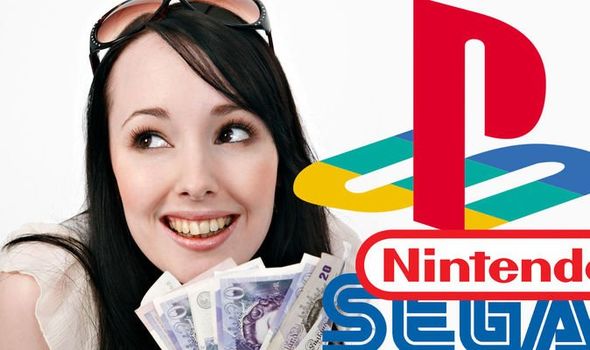 You may not realise it but the retro video games market has been surging in value in recent years. Much like how people who bought Dinky toys decades ago would have had no idea how much they would end up fetching years later, PlayStation, Nintendo and SEGA games you bought for Christmas or birthday presents years ago could be worth a small fortune now. The most expensive retro video game ever sold last year, with a pristine copy of Super Mario 64 – which was still in the original shrink wrap – selling at auction for $2million.

Of course, not everyone will have a never-opened copy of a 25-year-old classic game lying around the house that is in immaculate condition.

But some of the games you may have stored in your loft or garage could be worth more than you’re expecting.

The PriceCharting website is the ideal resource if you stumble upon a game and are trying to figure out how much it’s worth.

You can search for any game on the site to see its value on the retro gaming market right now, and look at how its value has changed over time.

The vital resource for retro gaming collectors also shows a list of ‘hot’ items, where the value of these games has increased the most.

And if you have any of these games lying around you could be able to make a tidy profit.

The hottest item on the PriceCharting website is a version of Metal Slug for the Neo Geo console.

The Neo Geo is a console that offered arcade perfect ports of 16-Bit titles, but was notoriously expensive to buy after first launching in 1990.

And time hasn’t made the Neo Geo any less cheaper to collect for, with games still fetching jaw-dropping amounts.

According to PriceCharting, Metal Slug for the Neo Geo loose (so without a box or manual) is worth a whopping $26,054.69.

While the second most expensive game in the top ten hot items list is Little Samson for the Nintendo Entertainment System.

But it’s not just retro games that are hot items on the PriceCharting website.

In terms of more recent releases, Psychonauts (iam8bit Cover) and Jak and Daxter The Precursor Legacy (Collector’s Edition) for the PS4 have also seen its price rise by over $100.

Before you rush to your attic to find these games, or head to eBay to try and buy these games to make a quick buck, there’s a few important things you need to know.

Firstly, when it comes to retro gaming the actual region a game was released in can affect its value. So if you have a UK version of a game it may not be worth as much as the one released in Japan or America.

And, as you can probably gather, PriceCharting is a US-based website.

So, for instance, the version of Metal Slug PriceCharting mentions as being worth tens of thousands of pounds may not be worth as much as the one released in other regions.

The other thing to beware of is on eBay, if you’re looking for any of these games, you may find games that look like the real deal – but are actually ‘repro’ editions that are being sold online.

Repro is short for reproduction, so you don’t want to spend a huge chunk of money on these games which end up not being authentic and not worth anything.

If you’re looking for guidance on whether a game you’ve stumbled upon is worth something, there are a number of resources you can turn to.

Reddit boards are one community you can turn to for guidance, while auction house Wata Games says it allow people to “connect with a thriving community of collectors”.

Just bear in mind Wata Games looks at high value items, and were involved in the $2million sale of an unopened copy of Super Mario 64 at auction.

This auction house is concerned with rare and expensive retro games, so if you find a dusty old copy of an opened Game Boy game and you’re looking for guidance on how much it is worth don’t turn to them.

Either head to Reddit, or look on eBay or the CeX website for the item and see how much others are selling it for.

And you may end up being surprised at how much money any old games you have lying around are worth.

Boxed editions of the Nintendo Game Boy – a console that was a huge success at the time and many people may have lying around their homes – sells for £140 on the CeX website (at the time of writing).