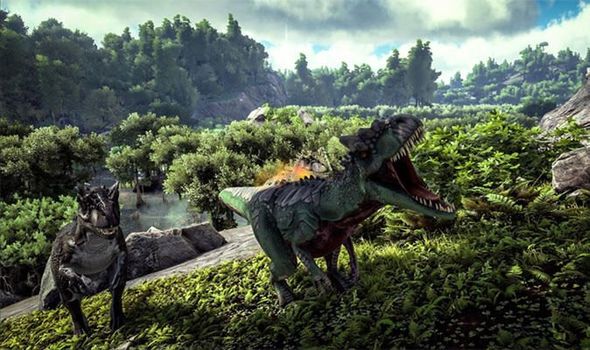 The new ARK Survival Evolved Summer Bash has begun on PC and is now live on PS4 and Xbox One consoles.

The PS4 and Xbox One maintenance process ran into difficulty yesterday and had to be delayed for a short amount of time.

Here’s the latest from developers Studio Wildcard: “At 10am PST ~(15 min) Official PS4 Servers will be taken offline to update to 536.01 in preparation for Summer Bash. There will be a client update to download as well. More information to come on XBOX deployment.

As mentioned above, ARK Survival Evolved players will need to download a new update today that includes the Summer Bash event.

However, even though the patch being released today is quite large on Xbox One, there doesn’t appear to be any added content.

The Summer Bash event in ARK Survival Evolved will add various new cosmetic items and things for show but does not extend to a new map or dinos being added to the game.

“Run wild on the beach! ARK’s Summer Bash 2019 event has everything you need for fun in the sun: fireworks, patriotic top hats, swimsuits, and more. Plus you can show off that beach bod with new flex emotes, or make special candy that gives your tamed dinos a festive look,” a message from Studio Wildcard explains.

The Summer Bash will run until July 16 and includes a range of in-game bonuses for fans to take advantage, which can be found listed below:

These changes extend to the new ARK Survival Evolved Valguero map, which is currently only available to play on PC.

The good news is that a launch is being primed for PS4 and Xbox One for later this month but is not happening today, in case you were excited about the new ARK download.

So far we have heard no more on when the new Valguero map for consoles will be released, although there has been no delay news shared by the team either.

“Last week we launched Valguero, a new free DLC that has proven to be popular with the community. Much like Ragnarok, this map was created by members of the modding community,” a message from Wildcard reads.

“Our modding community has proven to be full of talent and great content! We love partnering with members of the community to bring free content to all of our passionate survivors.

“While the team is busy with the launch of Valguero on console, we’ll highlight some of the videos we’ve been seeing on Youtube. We’re excited to share what’s in store for the future.”

For those that might have missed the news, Valguero is a new map that started as a mod which is being released on all platforms, including PS4 and Xbox One.

It will feature new dinosaurs, as well as unique biomes and areas of the map to explore.

“Explore new heights and hidden depths; whether it’s creating your foundations in the White Cliffs or unearthing the secrets of the Aberration Trench, Valguero offers a new experience in the ARK universe.

“With new biomes, challenging dungeon bosses, and mysterious ruins to discover, there’s always something exciting — and dangerous — on Valguero.

“Among its more than 60 kilometres, you’ll find everything from lush jungles to environmental hazards, snowfields to lava flows, and savannahs to hot springs.”