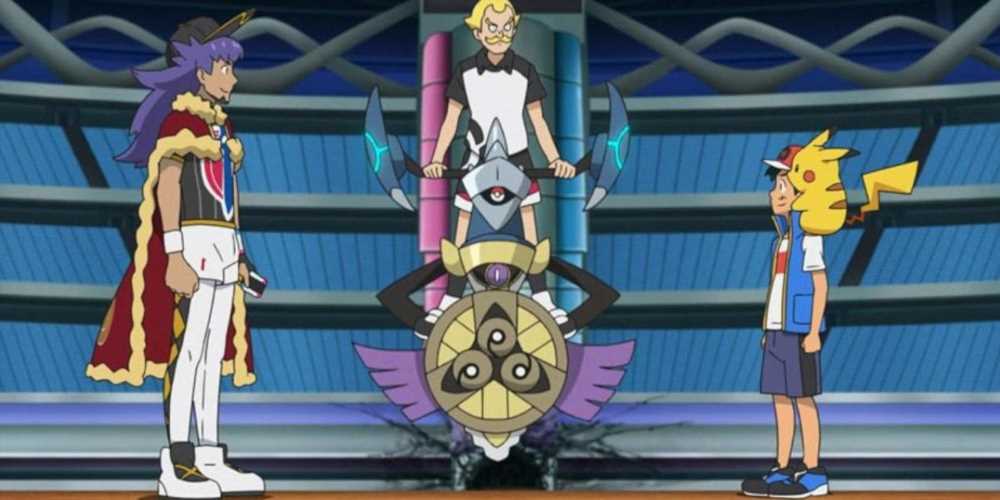 We are just one episode away from crowning the winner of the Pokemon World Coronation Series’ Masters Eight, a showdown of the eight most powerful trainers from across the world. Over several years, Ash Ketchum has climbed his way through the highest ranks and survived incredibles battles against League Champions like Cynthia and Steven Stone. Now, he’s in the final showdown against Leon, the reigning Monarch of the World Coronation Series, and his most powerful rival of all time. If Ash wins this, he will finally be recognized as the Pokemon Master he’s always dreamed of being. Unfortunately, Leon has spent three episodes systematically dismantling his team one by one. Ash is going to need a miracle to come out on top, but miraculously, it looks like one just showed up.

Leon gave Ash a huge advantage at the start of their battle. Despite the rules only allowing for one battle gimmick, Leon convinced the judges to let Ash use all three. He wanted to see Ash at his most powerful, and so despite the fact that Leon could only Gigantimax, Ash would be allowed to Gigantimax, Mega Evolve, and use a Z-Move.

The battle started out on fairly even footing, though Leon’s Cinderace immediately stunned Ash and Pikachu by revealing its Libero Ability, which allows it to become Ground-type in order to resist Pikachu’s attacks. Ash wasted no time switching Pikachu out for Gengar and Gigantamaxing it, which allowed him to take an early lead by knocking out Leon’s Inteleon.

Leon replaced Inteleon with Mr. Rime, who finishes off Gengar by setting up a power-boosting Psychic Terrain. Ash uses Sirfetch’d to break the terrain then takes out Mr. Rime with Mega Lucario. But when Leon then sends on Dragapult, Ash’s team quickly starts falling apart. Dragapult is eventually knocked out by Ash’s Dragonite, but not before doing some serious damage to both Dragonite and Dracovish, and knocking out Mega Lucario. Leon’s Rillaboom was able to make short work of both Dragonite and Sirfetch’d, and while Dracovish came back and defeated Rillaboom with its weird new pink fang powerup that activated during its battle with Dragapult (another advantage for Ash) it was quickly subdued by Cinderace.

This leaves just Pikachu standing against Leon’s Charizard and Cinderace – his strongest Pokemon and a Pokemon who has already proven immune to Electric-type attacks. Adding insult to injury, Leon immediately Gigantamaxes Charizard, giving Ash no choice but to use his final gimmick: Pikachu’s 10,000,000 Volt Thunderbolt. The Z-Move clashes with Charizard’s G-Max Wildfire, causing a massive beam of energy to shoot up into the sky. This results in an explosion that sends both Pokemon flying back, knocking Charizard out of Gigantamax form. Before the battle can resolve, it’s revealed that the force of these combined attacks awoke Eternatus in the lab at Hammerlocke, causing it to break out and fly to the stadium.

This is where things leave off until the finale next week. We don’t know what Eternatus’ intervention means for the battle yet. Will the two champions need to pause their fight to deal with Eternatus, or will Eternatus – as one preview suggests – somehow power-up Pikachu and Charizard for one final ultimate fight? In any event, it’s hard to predict how things are going to turn out, but it’s not looking great for Ash.

Knocking Charizard out of G-Max is huge, but Ash has now used every trick up his short white sleeves, and it’s up to Pikachu to finish the job. Charizard is by no means out yet, and Leon still has his Cinderace, who hasn’t taken a single point of damage thus far. If there’s one Pokemon that could overcome the odds it’s Ash’s Pikachu, but these are some particularly steep odds, even without whatever wrench Eternatus is about to throw into the entire thing.