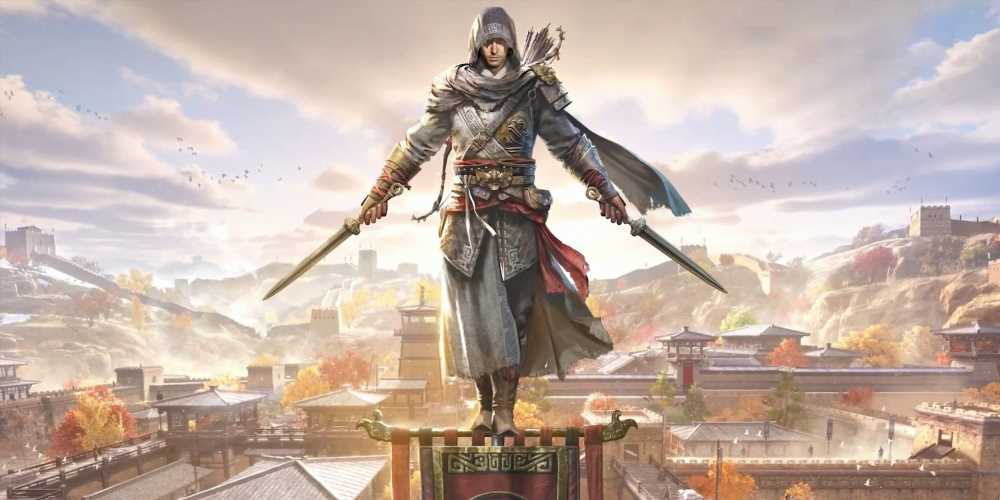 Ubisoft has announced Assassin's Creed: Codename Jade, a full-blown open world game for mobile devices. The title will be set in Ancient China during the year 215 BCE and will apparently let player create their own characters. Ubisoft didn't announce a release date for this one, but the title is expected to hit mobile "soon."

We didn't get much else in the way of extra information, but we did get a snazzy CG trailer showing off the game setting. It starts out high in the sky as we follow an eagle's flight over mountains, through a town, and then a fortress wall. The trailer then transitions to an Assassin perched on top of the wall who then does a leap of faith towards. While this is probably not what you should expect the final product to look like, Ubisoft does clarify that it's been filmed entirely in-engine.

Assassin's Creed: Codename Jade wasn't the only title announced either, as Ubisoft's latest showcase had an Assassin's Creed extravaganza to close things out. The publisher kicked things off with the official announcement of Assassin's Creed Mirage, alebit via a CG trailer. However, we did get confirmation that the game will star Basim from Valhalla, and it was also revealed that Emmy award-winning actress Shohreh Aghdashloo will be the voice of his mentor.

Ubisoft then closed things out with the announcement of the first two "experiences" that will be part of Assassin's Creed Infinity. Project Red will take players to feudal Japan, a highly-requested setting for the series, while there's a lot more mysterious surrounding Project Hexe. Ubisoft didn't reveal any specifics, but leaks prior to the show suggest the game will be set in 16th Century Europe during the witch trials.