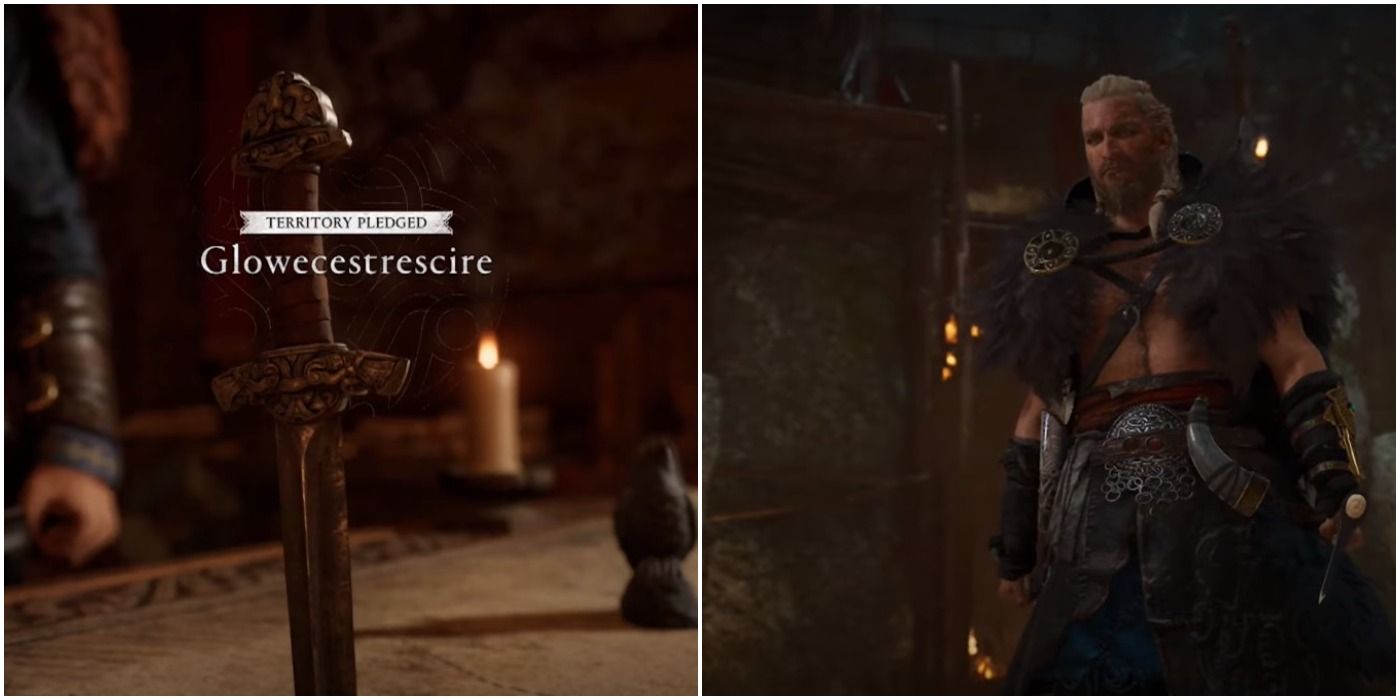 Fans of Assassin’s Creed Valhalla are a special breed of gamers. They aren’t just fans of stealth, parkour, and assassinations. They are fans of history, culture, religion, and architecture. This game gives players what they want in small doses until they reach Glowecestrescire, after which the floodgates open up.

However, it’s easy to get turned around, lost, and make poor decisions in this area as well. Even veterans of the series can use a helping hand. This guide will go over every objective you’ll get in the region, step-by-step, and provide you with any relevant details to help you out during your adventure here.

The First Night Of Samhain 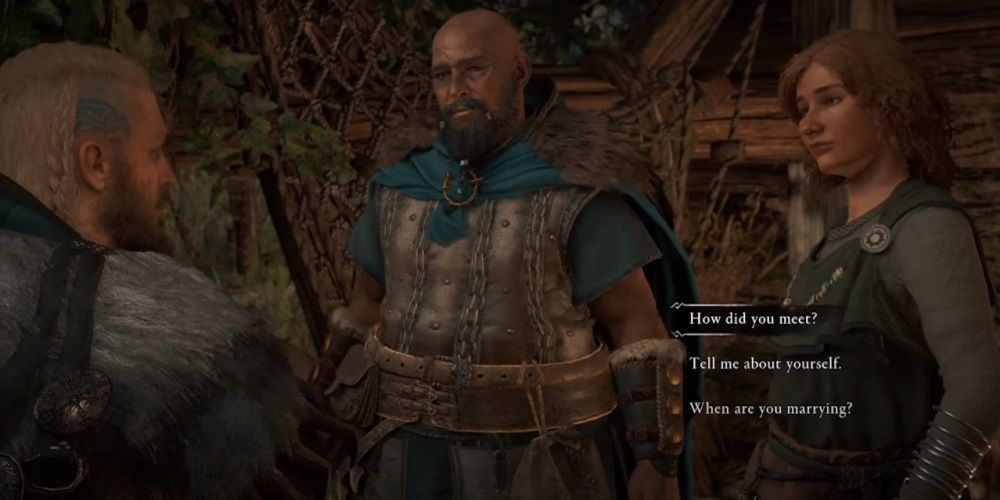 Meet and speak with Gunnar at the marked location, then hop on your mount and follow him across the small village to another cutscene. 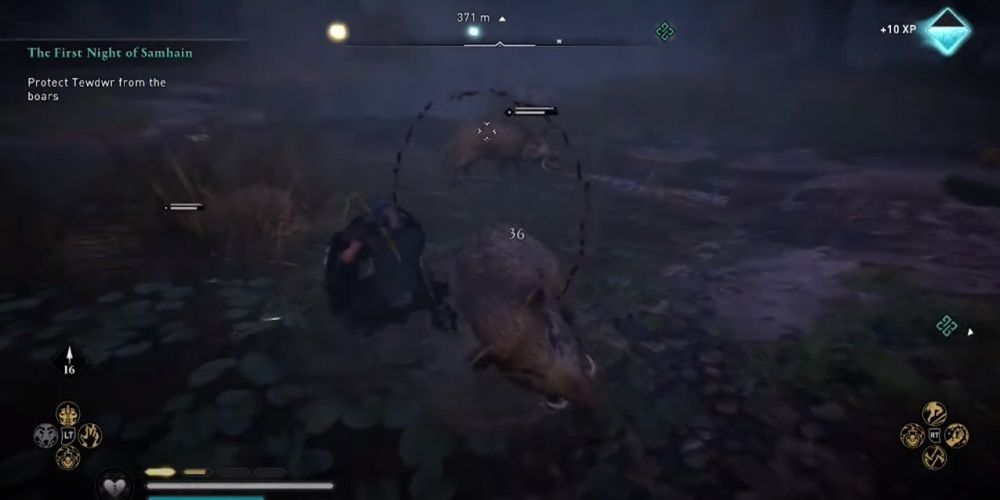 After another mounted ride and cutscene, you’ll be ganked by some wild boars. Don’t worry, Tewdwr can’t be killed, so focus on fighting well. Take them out and then speak to Tewdwr again. 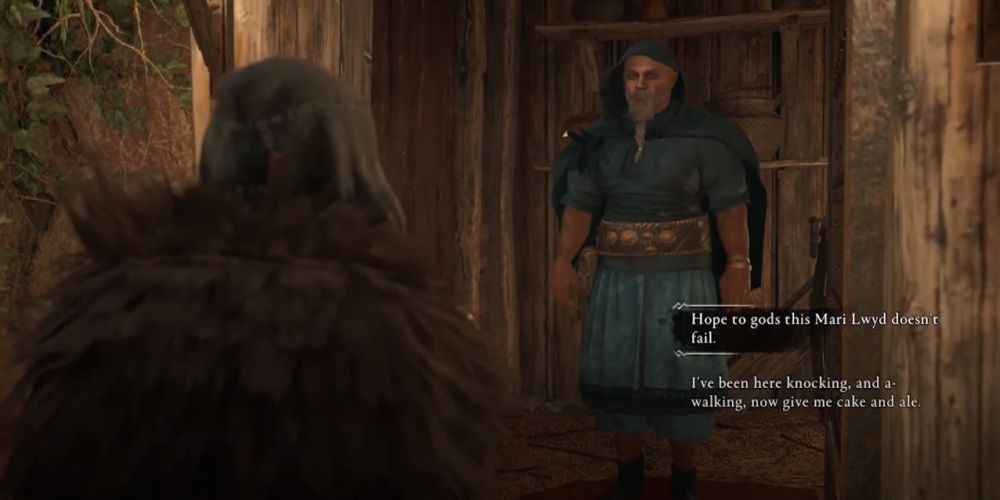 Knock on any doors. You don’t necessarily need to select the correct dialogue option, but if you do, you’ll get some goodies. All your options here rhyme nicely enough, so select the one that matches the syllables of the inhabitant to succeed. After a few knocks, Gunnar will disappear. 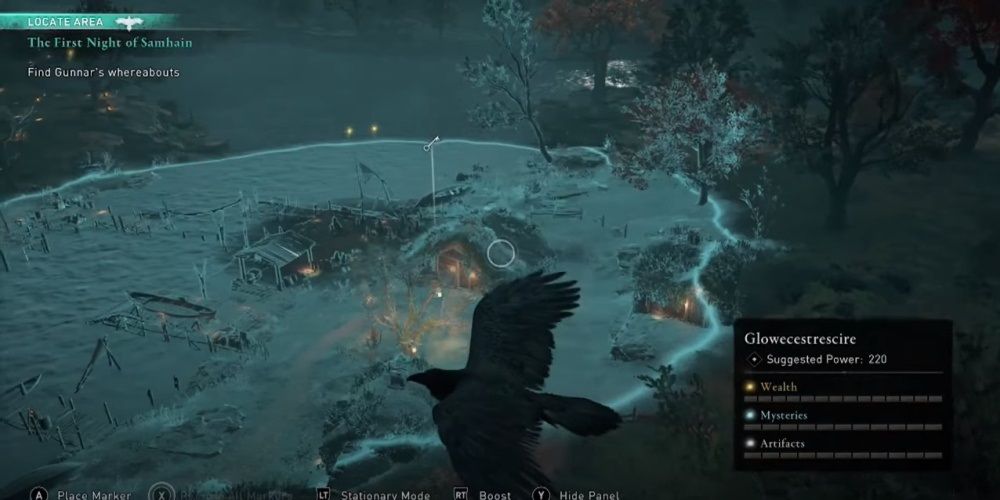 You can’t spot him, but your bird can locate him nearby. 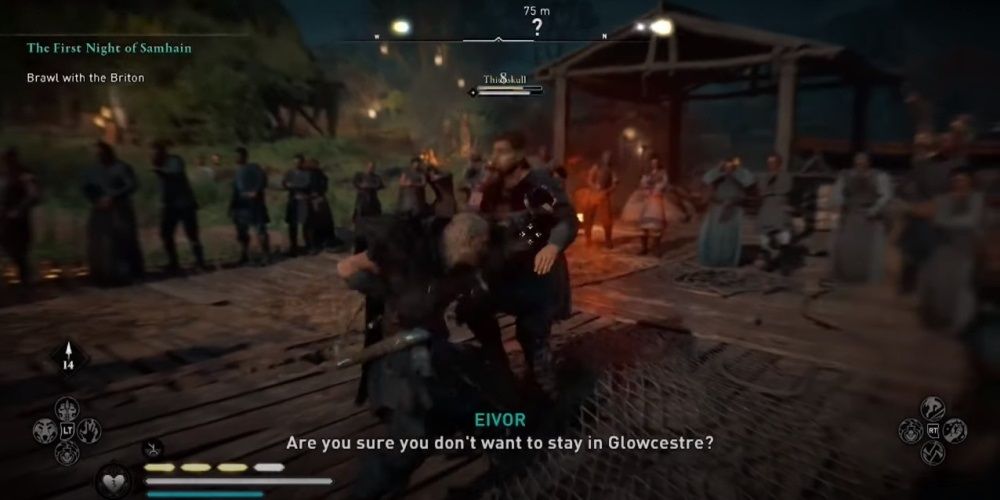 This fistfight is simple, which shouldn’t surprise you since it’s against a guy named “Thickskull.” 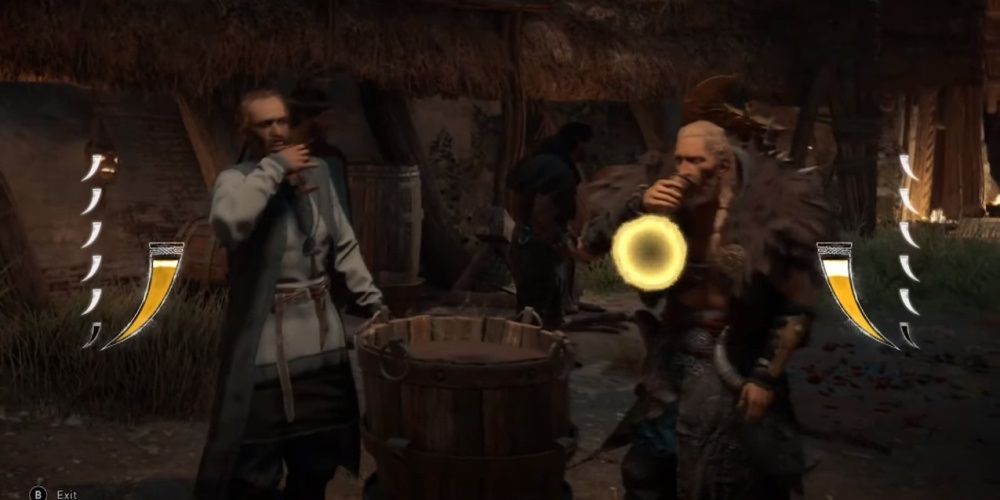 You’ll have a friendly conversation, a drinking mini-game, and then a follow quest without any surprises to finish off this initial quest. 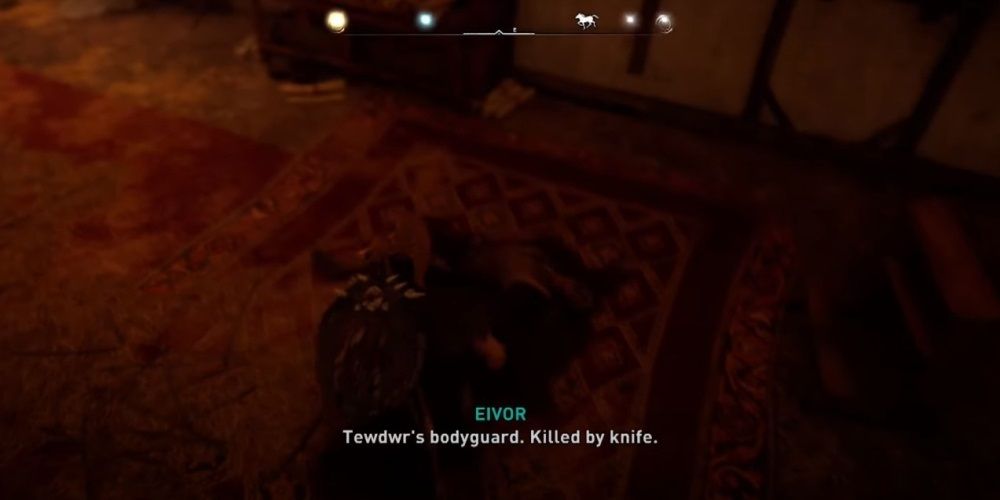 Your first clue is on the dead bodyguard right next to you when you first wake up. Just a few steps forward, examine a shattered pot. The third clue is also in this same room, it’s a pool of blood on the floor by the door. Don’t leave the house, drag the movable object next to the door to reveal a secret room with muddy footprints. Finally, break open the jars in the secret room and look at the contents inside to complete your investigation. 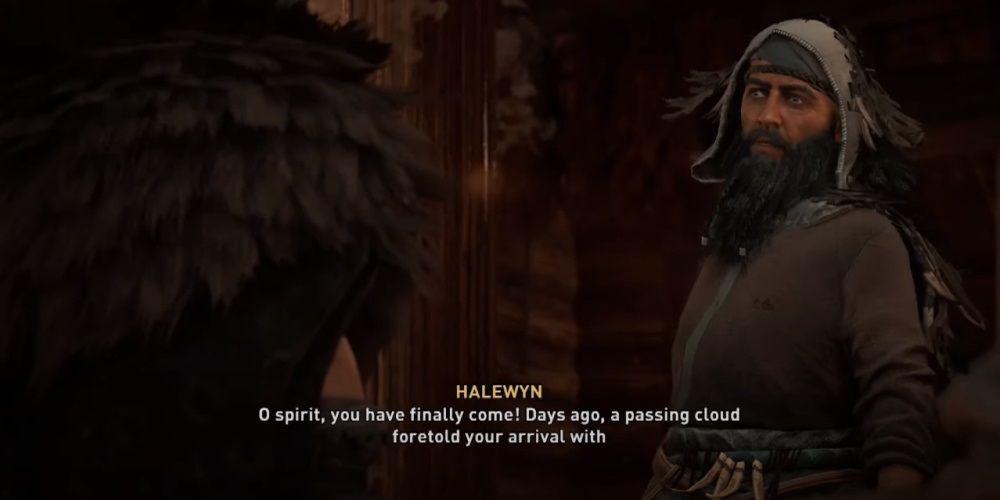 You’ll be attacked by Cynon’s goons as soon as you leave the house. You can either kill them or run away. Speak to Modron and her daughter, who will direct you to Halewyn. He’s not close, so mount up and find his home in the middle of nowhere. Equip your Mari Lwyd disguise, otherwise he won’t speak to you. 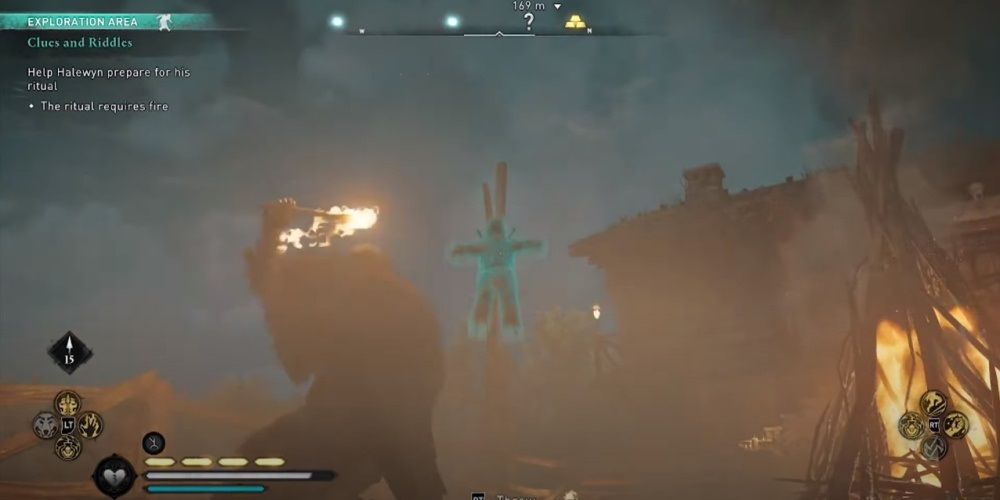 There are several wicker men around the house, but you only need to light five of them on fire to satisfy Halewyn. 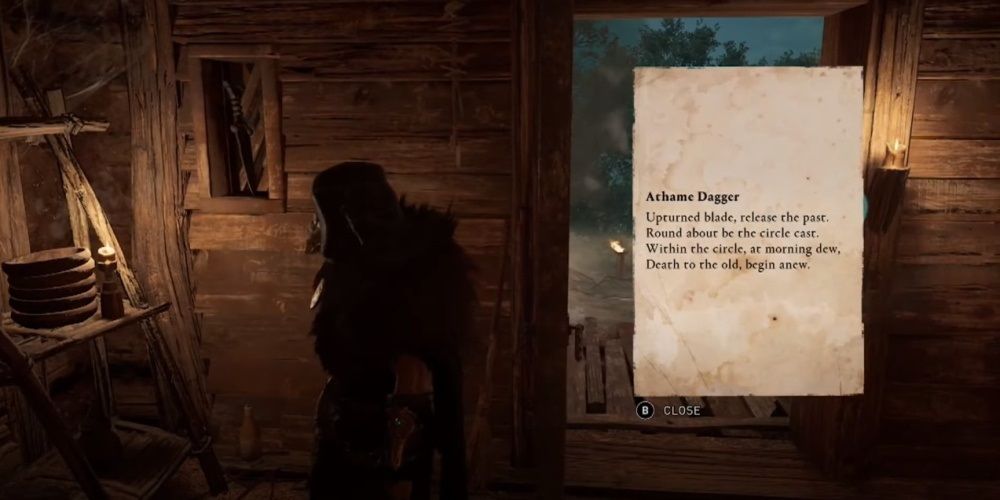 Begin with a dagger in the window of the house to the right of the entrance. Look at the lynched, stabbed, and poisoned doll on the desk for clue number two. Hop down into Hadewyn’s basement and check out the ladles on the grave. Head outside and look at the windchime made of skulls. Double back and examine the symbol painted in black on the outside of the house. Then jump in the lake and admire the statue in the center for your final clue.

If you have done all of these steps, you won’t even be given the option to choose the wrong answer. He’ll then point you to the next quest. 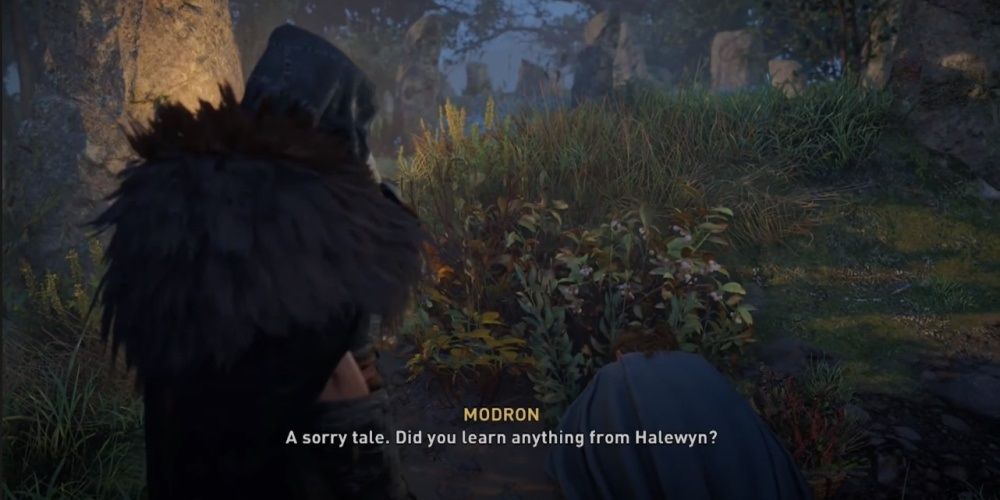 Mount up and head to Modron. She’ll then ask you to mount up and speak with her. Nothing eventful happens, but after a while, she’ll tell you to speak with Gwilim. 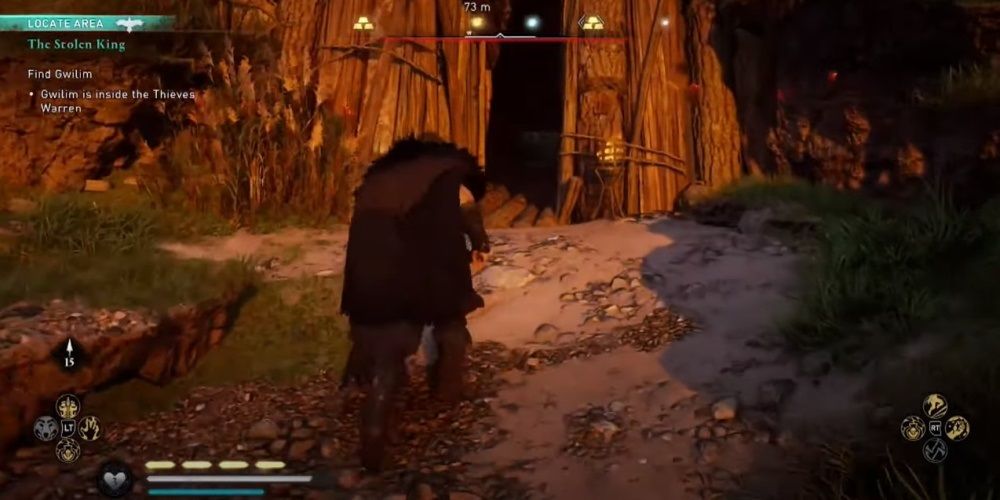 Hopefully you aren’t tired of traversing the countryside, because Gwilim isn’t closeby either. Stay on your steed and infiltrate the Thieves Warren. There is an underground passage to the left of the main entrance if you aren’t keen on killing too many people. 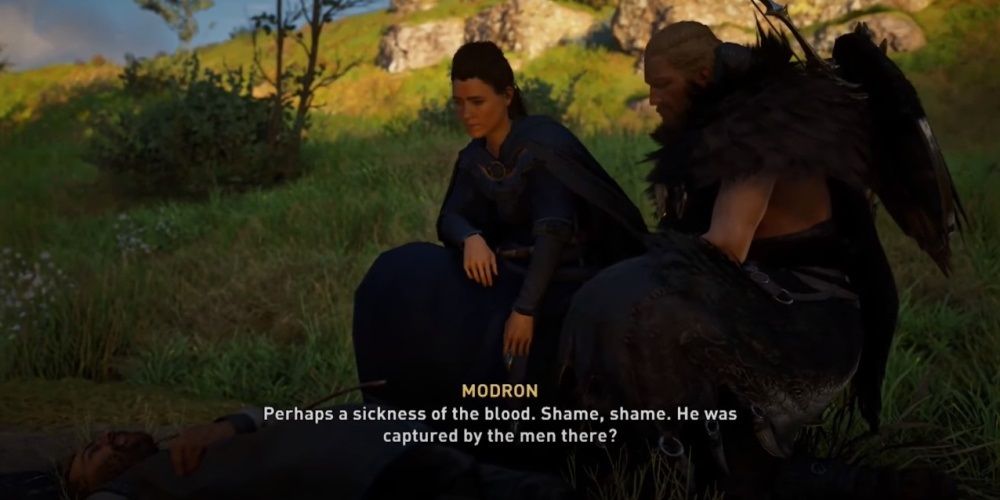 You finally get a brief travel break as Modron has followed you to the Thieves Warren and is waiting just outside. Bring Tewdwr to her and you’ll be on to another leg of the journey. 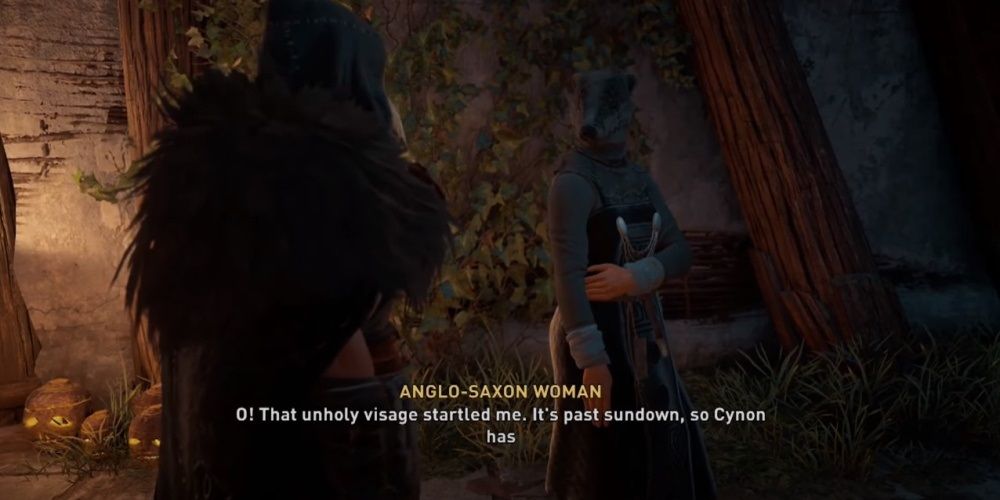 Head to the marked longhouse. Cynon has fled. You’ll be instructed to ask party guests where Cynon has gone to, the one who actually knows is next to the front entrance. While each guest will offer you a tricky way in, the simplest and fastest way in is by breaking and entering through a window on the top of the Church. After that, Cynon is behind a breakable door.

He’ll reveal his diabolical plot and you’ll carry on with this story. 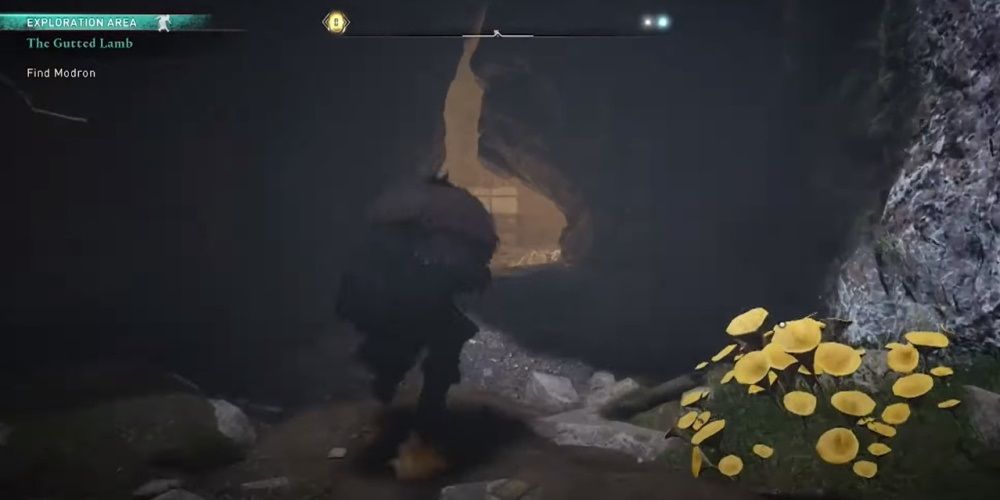 There are many cave entrances by the marker, the path that leads to Modron is a crack in the rock with some yellow mushrooms outside. Follow a guarded tunnel and jump down a waterfall to trigger a cutscene.

Modrun is a challenging boss who starts off shooting arrows from her lofty location. After that, she’ll slide down a zipline and go toe-to-toe with you. You’re better off shooting her for the first part and then going melee for the next. The decision to finish her off has no major plot implications. Her daughter is watching and will hate you if you kill her mother and Tewdwr will resent the needless violence, but nothing substantial changes.

After a cutscene, you’ll be ready to move on.

The Burning Of The Wicker Man 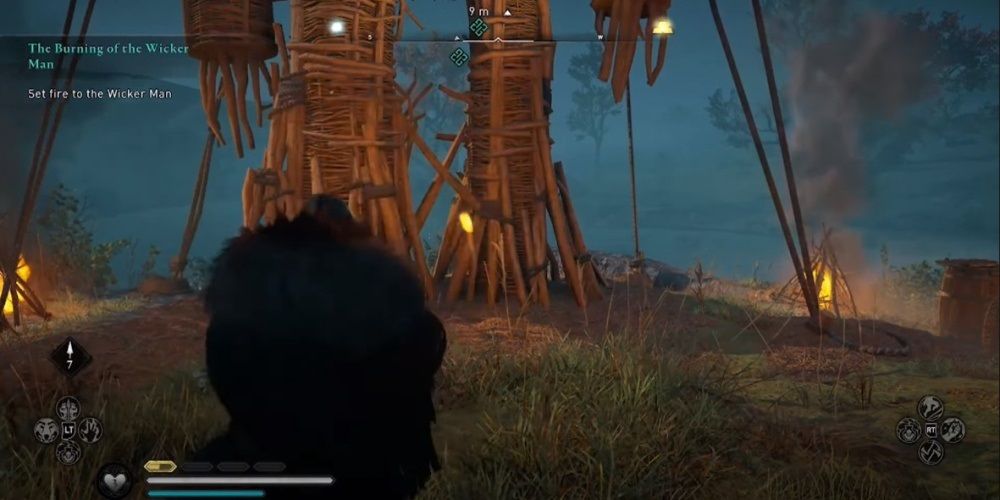 Nothing you can do will stop Cynon from this fate. After speaking to the marked parties, all you have to do is throw a torch on the Wicker Man to trigger a closing cutscene. 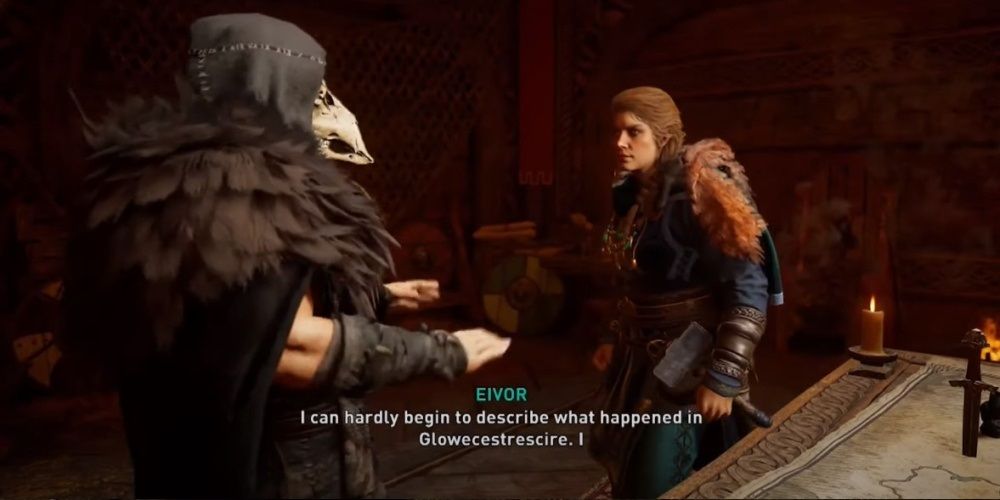 Give Randvi some light details and you’ll have this questline all wrapped up! 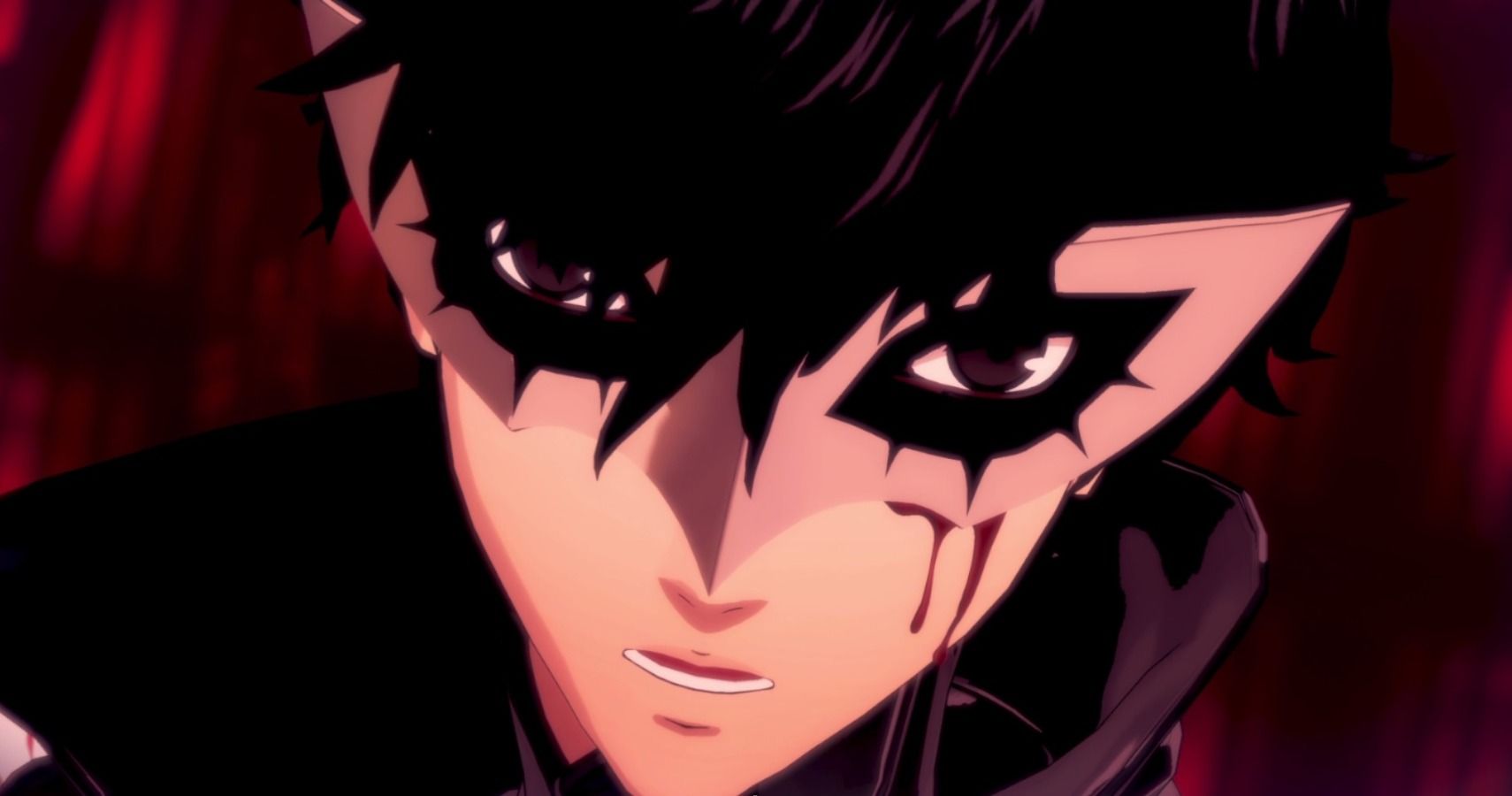