The Sons of Ragnar is a lengthy quest in Assassin’s Creed Valhalla that starts immediately after you finish A New Home. It’s longer than anything else you’ll have done so far and involves quite a few tricky objectives, but is also probably the strongest quest in the early game.

If you’re wondering where to find Sigurd or how to capture Tamworth, this is the guide for you. Here’s our comprehensive The Sons of Ragnar guide, which is part of our complete Assassin’s Creed Valhalla walkthrough.

As soon as you pledge to Ledecestre at the end of A New Home, you will notice that you have a new quest marker on your minimap. Don’t start heading towards it on your mount — instead, you should head to the docks and board your longship with your crew. Before you leave, go over to Hytham, who is stationed right next to Gunnar’s forge. Build the Hidden Ones bureau (you should have enough materials left from building the forge). You can construct the bureau by interacting with the glowing sign outside Hytham’s tent.

Once you have built the Hidden Ones bureau, Hytham will express immense gratitude. Allow him to escort you across the river and follow him up the hill — at the top, he will teach you how to do the iconic leap of faith. Jump off the cliff after him and follow him back to the camp — along the way he will explain the Order of the Ancients, unlocking a new line of side quests. 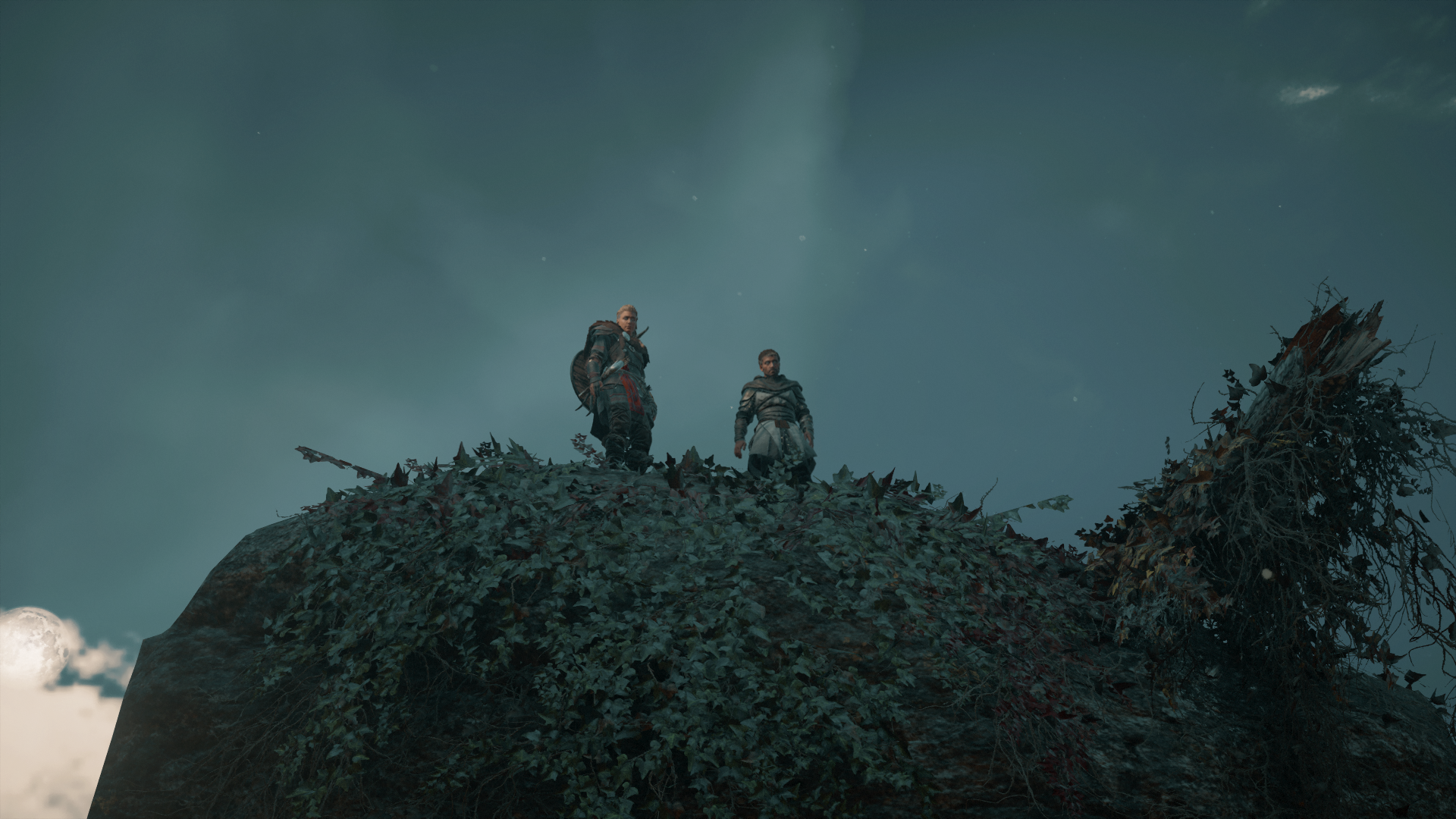 With that complete, board your longship and follow the river east. You can set the ship to auto sail by choosing to “follow the river” and “go to quest objective” options. There are plenty of monasteries you can raid along the way if you like, although be warned: the monasteries between Ravensthorpe and the sea are actually late-game areas, meaning that they are very difficult to raid successfully. The recommended power level for these raids is a whopping 160, which is drastically higher than where you should be at right now. It’s best to save these for later and focus on getting to Ledecestre.

If you are manually sailing the longship, here are the directions: go east until you reach the sea, at which point you should head north along the coast. Hug the coast tight and go back inland at the first left, following the river the whole way to your destination at Repton. The correct place to get off your ship is when the quest marker is approximately 160-200m away. At this point you should dock the longship and continue on foot.

When you reach Repton, head into the main building on your right, which is highlighted by a quest marker. You’ll hear an Anglo-Saxon man screaming as you approach, which is a sure sign that you’re in the right place. Head inside and you will meet Ivarr Ragnarsson, one of the two sons of Ragnar the quest’s name refers to. After the cutscene ends, follow him out of the church and towards his tent, where you will hatch a plan to dethrone King Burgred.

After the cutscene ends, head to the quest marker to meet with Ubba, the other Ragnarsson. Here you will reconvene with Sigurd, too. After another cutscene, mount your horse and make your way to Tamworth, where you will lay siege to King Burgred. 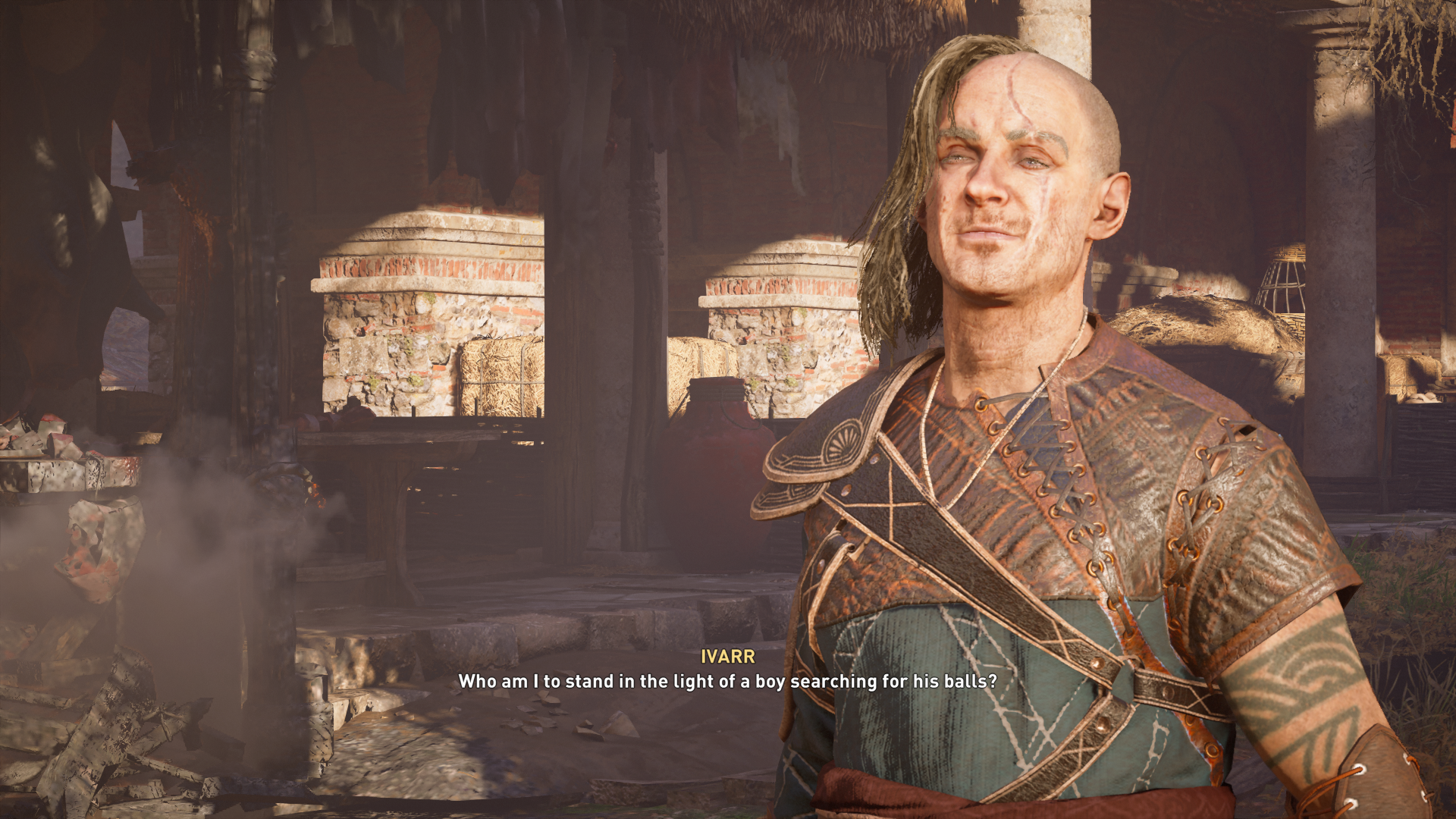 Ubba will decide that you will attack Tamworth tonight. Get back on your mount and head to meet the captain, who will be highlighted by a quest marker. Once you speak to them, you can choose to start the raid or wait a bit longer to prepare — as soon as you start it, you will be transported to the fight.

Your first objective is to breach the main gate with the battering ram. Interact with the ram and move forward towards the gate, but be careful — when a red circle appears on the ground, it means that the archers on the battlements are about to attack. Brace yourself by holding your shield up, which will protect you from the arrows. The actual functionality of the battering ram works as follows: walk backwards until the charge symbol glows gold, at which point you need to press the relevant button to smash into the gate. Repeat this sequence — and continue to shield yourself when the red circle shows up — until you have busted through the gate. Now the proper fight will begin.

The next objective is to take the second gate. You can use the battering ram if you like, but you can also remember that this is an Assassin’s Creed game. The fastest way through is to scale the wall, hop down on the other side, and attack the clamp holding the barricade intact from the other side. Once you do this you can open the gate to let the rest of your crew through. Head along the main path to the top of the hill once your allies are with you. There are two skirmishers here, who are much faster than any other enemies you will have encountered at this point. Don’t get greedy — focus on dodging and light attacks and you’ll beat them in no time. Once they’ve been dealt with, force open the door to the main keep in front of you.

You’ll soon realize that the keep is deserted, so you’ll need to find a new lead. A note in the third room on the right is what you need to progress — read it and you will find evidence of an agreement between Burgred and an unknown organization. Show the note to the Ragnarssons, who are at the throne at the end of the hall. They will recognize the symbol as the one Tonna’s mercenary group uses. When presented with a choice, say that it is time to go to Tonna’s camp — Ceolwulf will ask you for a quick word while the others leave, stating that they will meet you outside the camp. This ends the quest and starts the next one: Bartering.

Read next: Assassin’s Creed Valhalla Review — An Assassin And A Drengr Walk Into A Longhouse 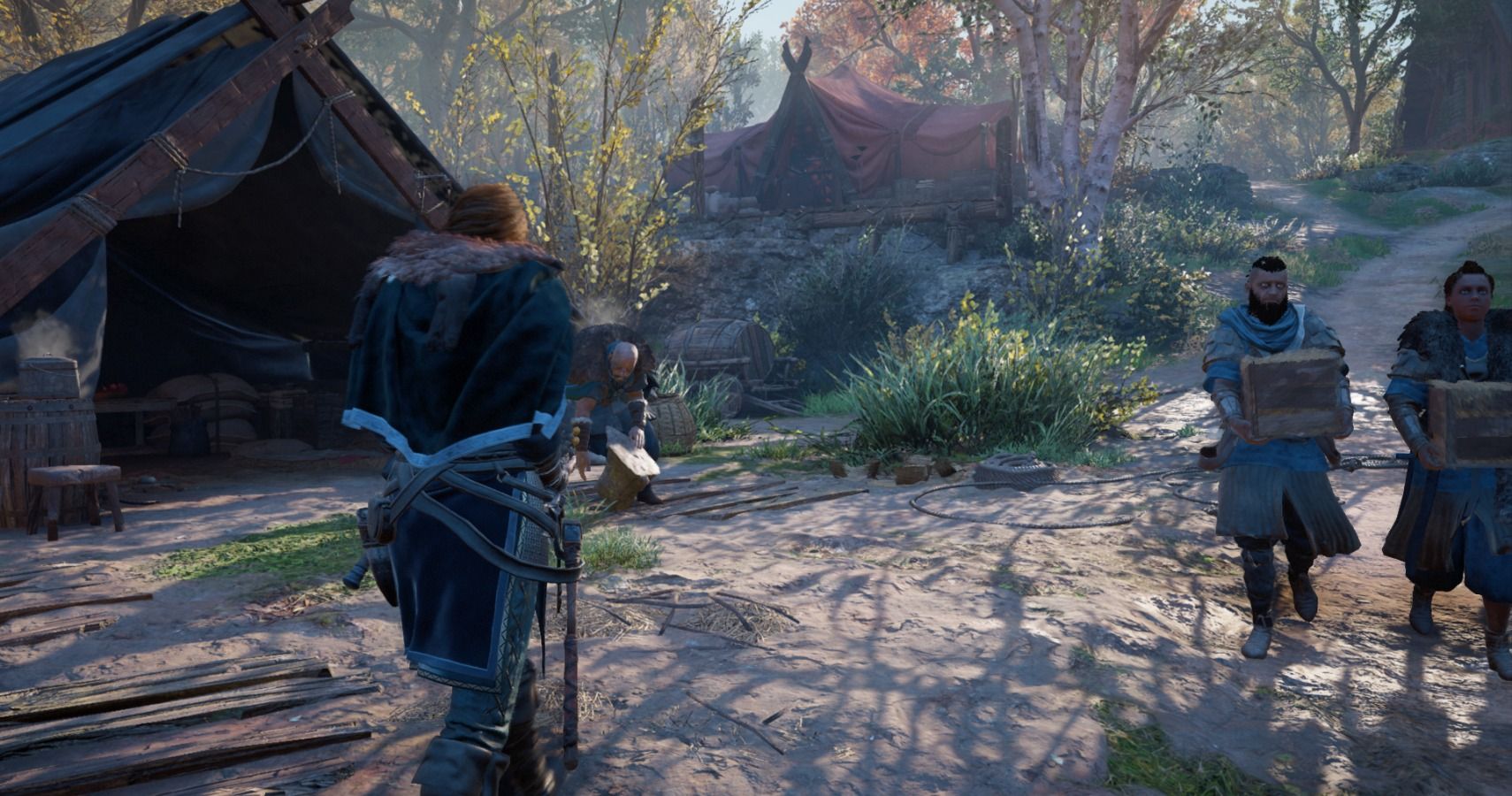