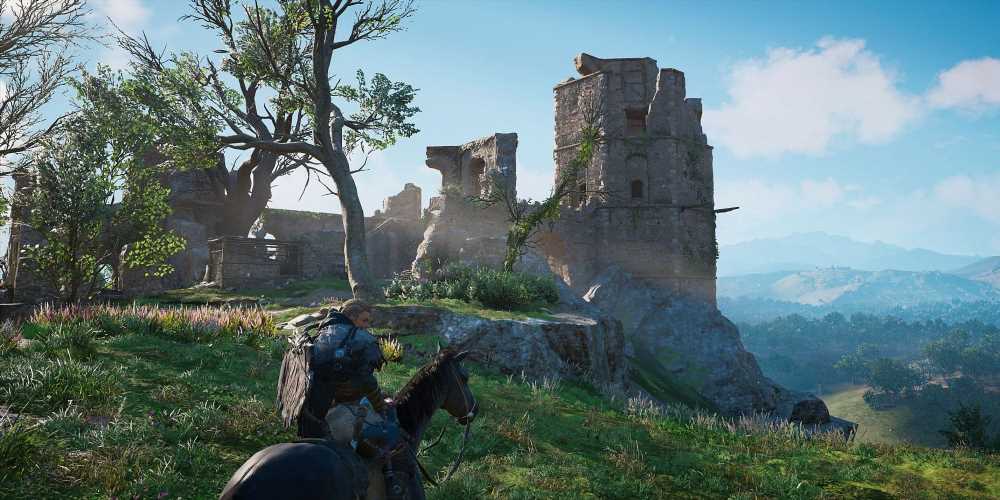 Ubisoft has revealed that Assassin's Creed Valhalla's England was designed to evoke a feeling of wandering the ruins of a post-apocalyptic world.

During their travels across England in Assassin's Creed Valhalla, Eivor can visit ancient ruins, hidden underground tunnels, giant collapsed statues, and entire cities, actually built on the remains of a fallen Empire. Players can even collect Roman artefacts and bring them back to Octavian's museum in Ravensthorpe to decorate their settlement with various cosmetic items.

As part of the Assassin's Creed 15th-anniversary celebration, its developers shared some little-known facts about Valhalla's development. When creating England, the team was aiming to achieve "a feeling of wandering the ruins of an almost post-apocalyptic Roman world." And it really shows – just dare to visit some far corners of Valhalla's map, and you'll find yourself on the very edge of the world with nothing but a feeling of loneliness and desolation.

Ubisoft also revealed the team had explored various Viking-related time periods for the game's setting, including the 1066 Norman Invasion and the Viking raid of Lindisfarne in 793. However, the developers decided to stick with the 870s and with historical characters such as Alfred the Great that eventually made it into the final game.

Valhalla's largest cities also have their stories to tell. For example, Lunden has an enormous amphitheatre, where different public events were hosted in the Roman period. People would gather to witness public executions or gladiatorial combat, although such events aren't featured in Valhalla's post-Roman era.

Assassin's Creed's 15th-anniversary celebration will continue throughout the next few months, with Ubisoft focusing on a different chapter every week. Although the next Assassin's Creed game will be revealed in September, fans will receive more Valhalla content updates by the end of the year, including a free "rogue-lite inspired" game mode called Forgotten Saga.