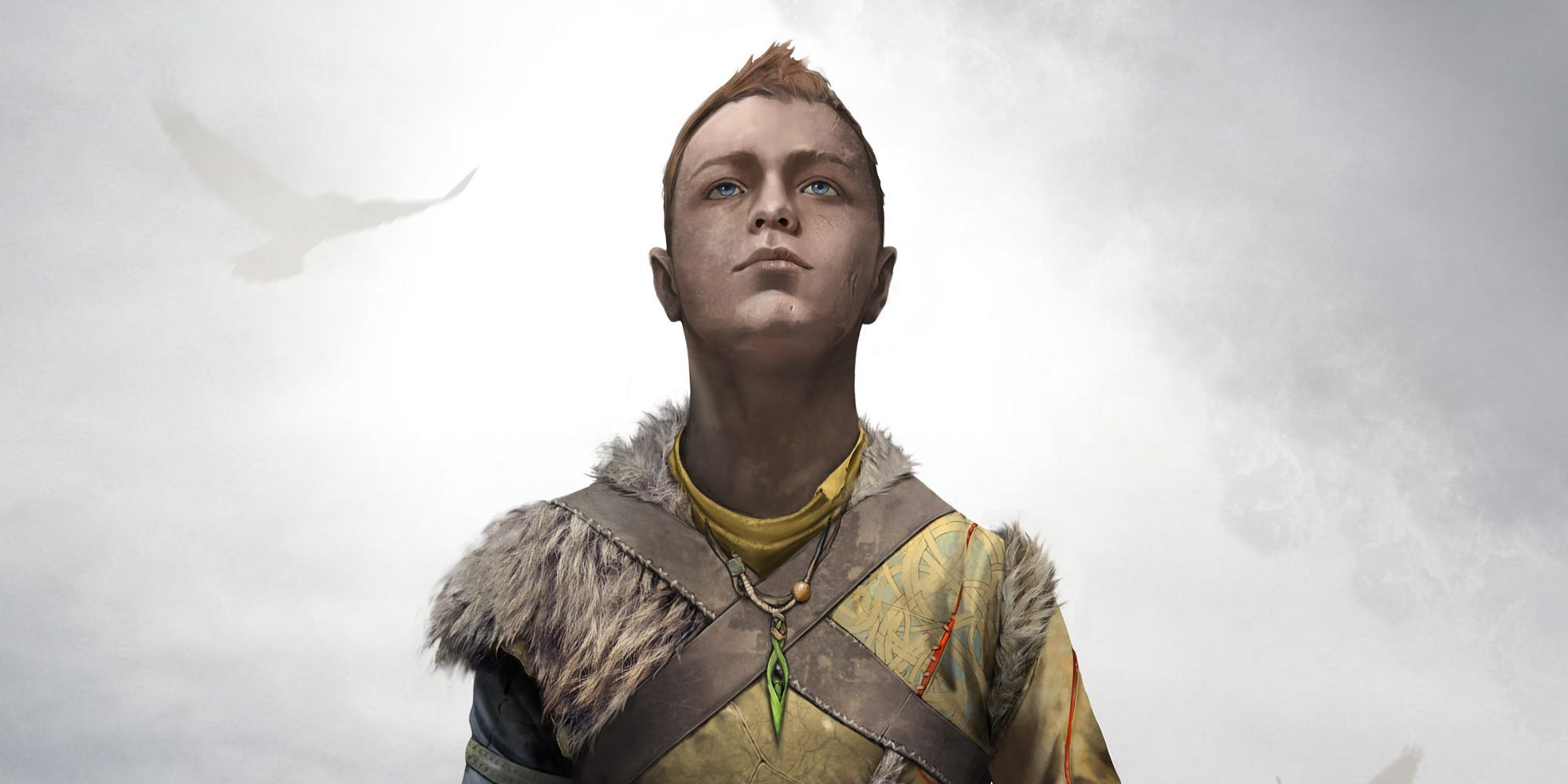 Sony Santa Monica has shared an official cosplay guide for Kratos and Atreus to help fans get ready for the launch of God of War Ragnarok, and beyond giving us our best look yet at the duo's new designs, it also has some interesting insights and comments from the dev team, including the reveal of a neat little detail in Atreus' new outfit.

Fans of 2018's God of War will likely know that Atreus' design has always had a few clear references to his father, Kratos. Some of the most notable ones include the red skirt that's similar to what Kratos wore in Greece, and the scarring on his face purposefully looking like Kratos' tattoo, which in itself was inspired by his brother, Demios. It looks like this trend of references is going to continue into God of War Ragnarok, with another one being highlighted by God of War artist Raf Grassetti.

In the cosplay guide featured on the PlayStation Blog, Grassetti highlights some of the ways that Atreus' outfit has evolved since the last game, and some of the things that have been kept. In doing so, he reveals that his new outfit has a reference to Kratos' chest tattoo, with stitching appearing in the same place on his arm as it does for Kratos' actual tattoo. Grassetti specifically highlighted this detail as one of his favourite elements about Atreus' new design, "Atreus is a product of his environment and the people around him. A very interesting detail that most people won’t notice is the hint of Kratos’ tattoos coming through his armor design. You can see on his left arm/shoulder the cuts of Kratos’ tattoo coming through the costume – like father, like son."

It's also confirmed several times within the cosplay guide that Atreus wearing yellow is a purposeful design choice to make reference to his newfound heritage as part-giant. This is in contrast to the heavy use of red that is supposed to represent Kratos and his own Greek past. Atreus really is a product of his environment, huh?