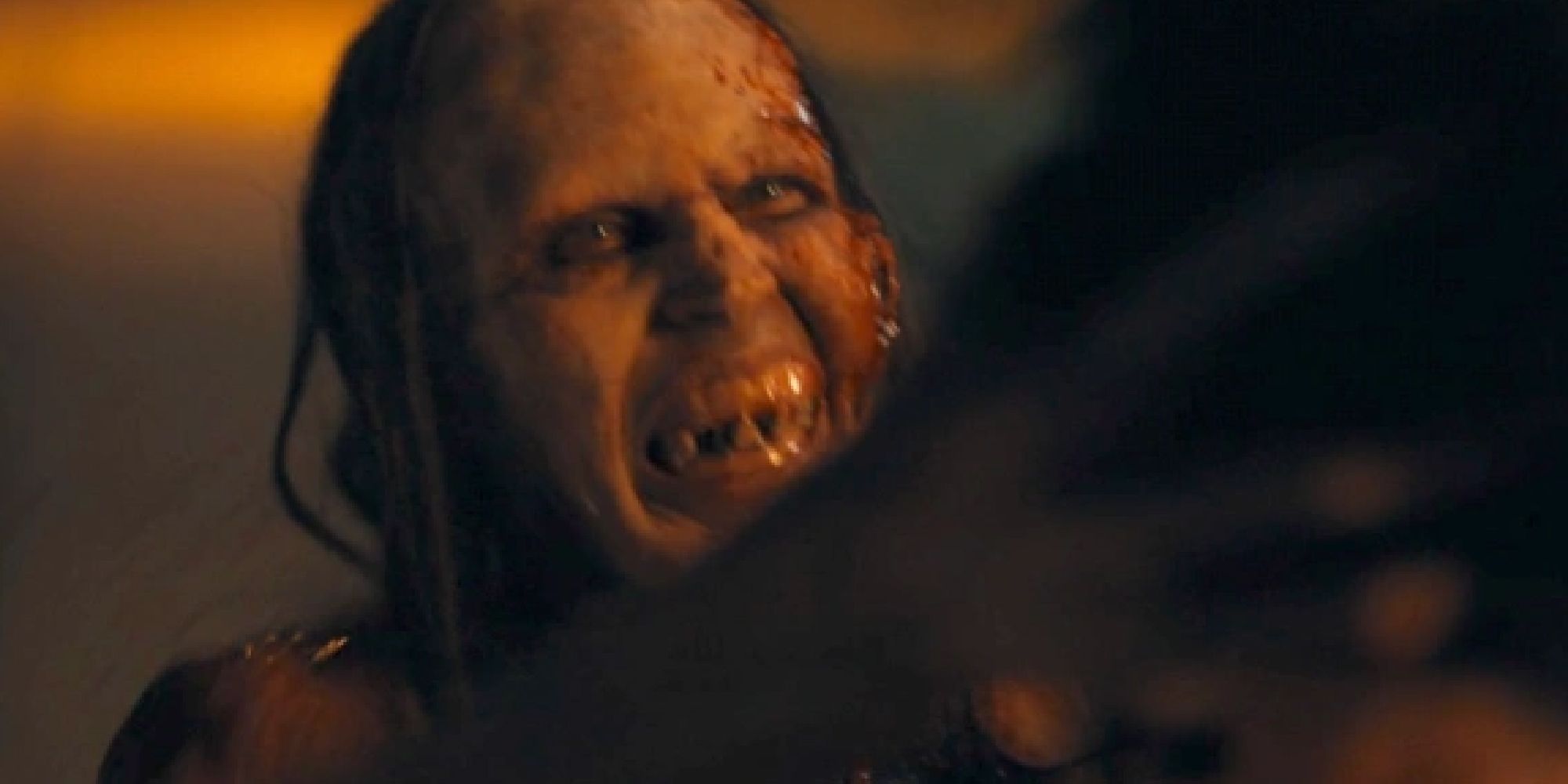 This article contains spoilers for Barbarian.

Barbarian sees several characters exploring a hidden dungeon buried beneath an innocuous suburban home, only to one-by-one succumb to the legacy of a forgotten serial killer. This slow crawl through a derelict tunnel and down a stretch of stairs introduces us to a vaguely human figure shrouded by dingy mineshaft-like corridors falling into pitch-black darkness. You can’t tell if it’s closing in on them, lurking in the shadows and waiting to pounce, or right behind them – it’s horrifying, perfectly capturing the anxiety of the unknown crawling about in the corner of your peripheral vision. And yet, Barbarian undercuts its carefully crafted atmosphere by dragging this monster above ground and into the light.

Fear is often rooted in the unknown. We grow up scared of the dark and what might be hiding in it, what’s lurking under the bed or in the closet – it’s the mystery and not-knowing that amplifies the fear of what might be there. But the second you stick a torch in and investigate, the horror disappears. The same goes for movies, where showing the monster can kill the suspense and drag down any attempt to build up an ominous atmosphere. The shift from moody, claustrophobic, and subtle settings in Barbarian to a brightly lit action shot with a full, complete look at the villain is jarring. It rips away any fear factor, leaving the audience laughing because of how comical it is.

It’s a needless shift to show off a big grotesque monster, and seems as though the film doesn’t feel confident that its tone is enough to scare us. Up until this point, the monster had been the distrust between strangers, the fear of an abandoned neighbourhood, and the unsettling noises coming from the basement. All are things we can vividly relate to, grounding us in this horror with Tess, Keith, and AJ. The bedroom door opening in an Airbnb while you’re asleep, being stuck with someone you don’t know, and being trapped in a town you want so desperately to escape, are all relatable fears. It felt tangible. 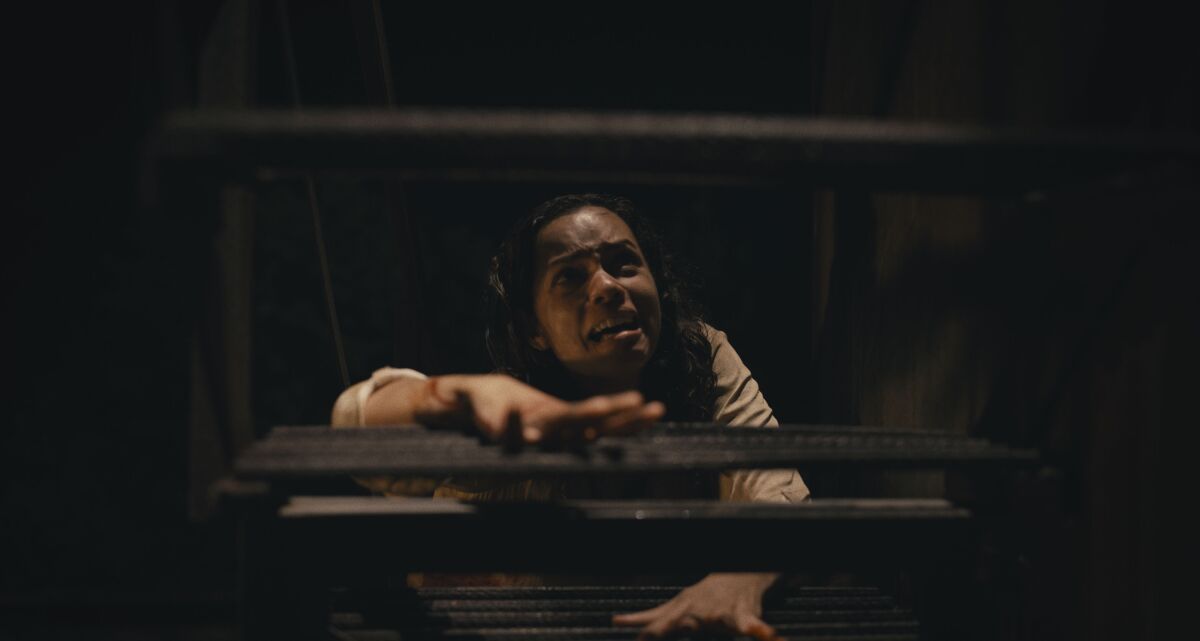 Horror films like The Blair Witch Project use these common worries to their advantage. It didn’t need a big budget or an intricately designed villain, because a shaky cam in the woods with a cast of terrified student documentary makers was enough. The idea of being out at night in the dark, lost somewhere secluded, completely out of your depth, is terrifying on its own. What’s hiding in the bushes? Every noise is cause for concern. And then it gives in to the horror by justifying the anxiety, introducing cults and stalkers, and knowing the anxiety is justified is more than enough – seeing the titled witch isn’t needed anymore, and giving in to that temptation runs the risk of cheapening the atmosphere.

That’s where Barbarian faltered. The old woman simply didn’t look right. It fell into the uncanny valley. And focusing on her in a slow-mo shot as she leapt off a tower like a caped crusader to save the girl, turned what felt like horror any of us could experience, into something too far-fetched for our suspension of disbelief. You could see the rubbery costume – this wasn’t a real monster or even a real person, but a prop in a film, and that obscured feral animal in the basement, living in your house without your knowledge, became the butt of a joke.

Not every horror needs a big monster to sell itself – Barbarian had more than enough going for it without the need to shoehorn in an awkward and clunky design, chasing action thrills in its final act rather than its slow, unsettling, and methodical build-up. It could’ve easily stuck the landing, if only it hadn’t chucked an old mutated woman off a tower for all to see.