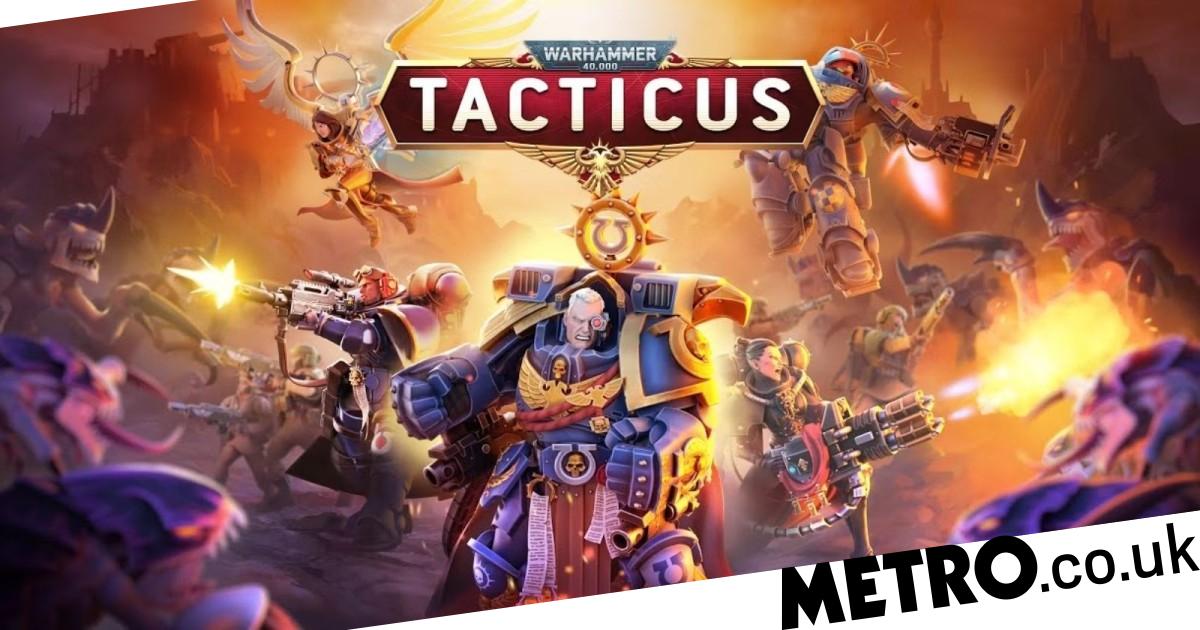 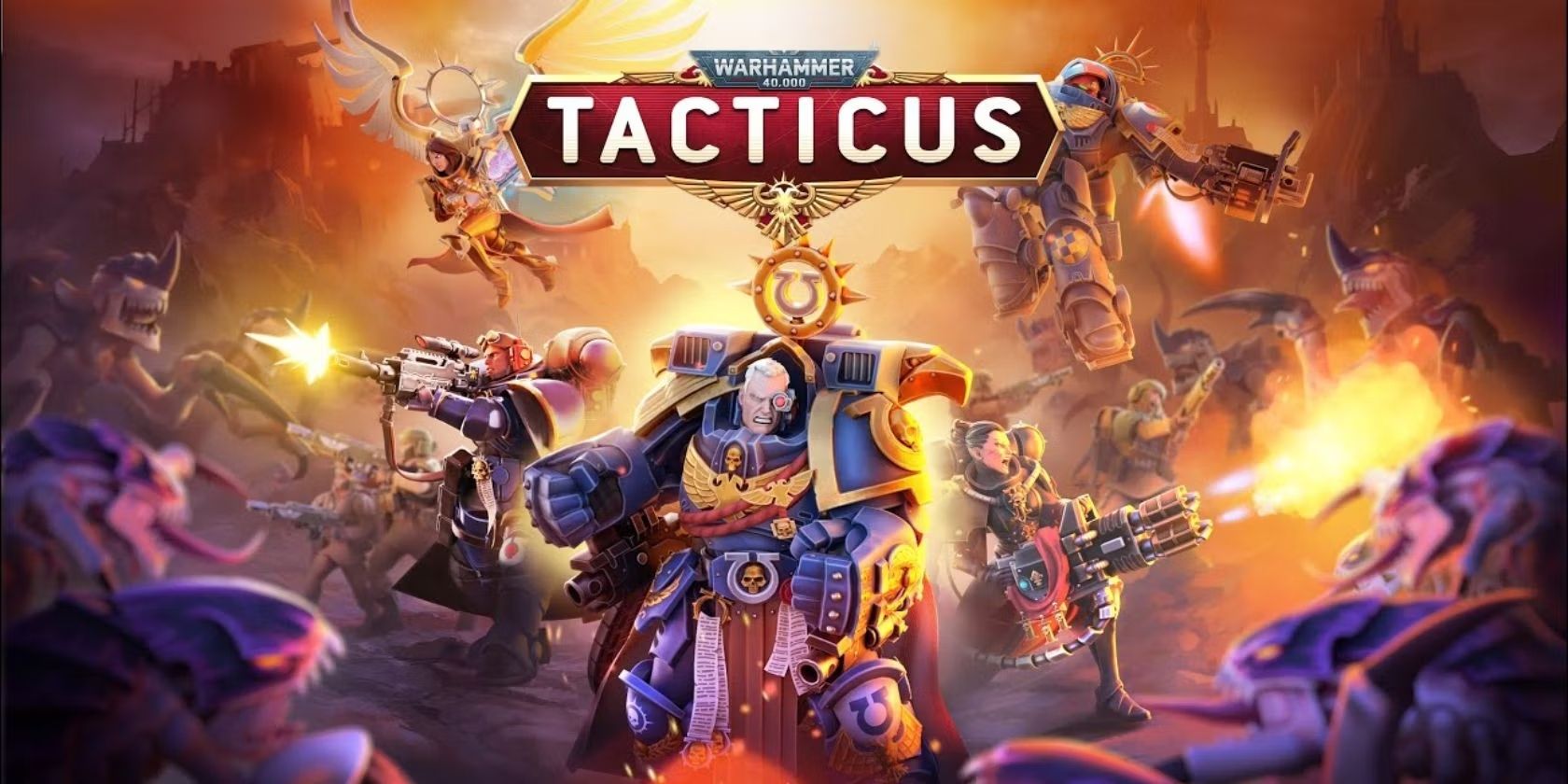 September has provided a bumper harvest of interesting new mobile games, including Warhammer 40,000: Tacticus and another Netflix hit.

With the current, inescapable sense of general societal meltdown, there’s rarely been a better time to hunker down with the smallest screen in the house for some good old fashioned escapism. While the haunting melancholy of Hindsight may not be the balm your soul craves, the ingeniously taxing puzzles of Railbound and the benign addiction of Poinpy definitely fit the bill.

Love You To Bits+

Much in the style of Samorost, Love You to Bits+ is a graphically beautiful, darkly witty puzzle adventure. In it, you’ll be reassembling your traumatically dismantled robot girlfriend, whose body parts are hidden in each level.

Tapping to direct your chunky little spacefarer around the screen, you’ll need to collect items and trigger actions in the right order to unpick each charmingly designed puzzle.

The Apple Arcade version appears to be identical to the 2016 original, which is still available for £3.49, and remains just as enchanting.

Like an inverted Downwell, and in fact from the same developer, Poinpy has you hopping up an endless vertical tube, dragging downwards and releasing to catapult your tiny avatar into the air. As you climb you need to avoid enemies and collect pieces of fruit that loiter conveniently in mid-air.

You’re also pursued by a large, hungry monster that needs to be fed different combinations of fruit. Fail to feed it in time and it’ll breathe fire up the tube, immolating your diminutive hero.

Each foray earns experience, in turn supplying power-ups to improve your chances of success. The combination of its mechanical perfection and gradual upgrade path is magical, in a game that’s cute, colourful, and savagely addictive.

Dexter and his long-suffering assistant set off on a point ‘n’ click sci-fi adventure to rid the solar system of its robotic invaders, in a light-hearted space opera that’s more than a little obsessed with Tex-Mex.

Humorous and nicely animated, with a style somewhere between Broken Sword and Dora the Explorer, this is clearly a small team’s labour of love, the occasional typo offset by its warmth and surprisingly fully formed plot.

Comprising episodes 0-4 of the story, it’s not a long game, but is a promising start and a delightfully unusual blend of Latin culture and sci-fi.

Each of Railbound’s puzzles has you laying sections of track so that numbered train carriages arrive behind a locomotive in numerical order, while negotiating Mario-style warp tunnels, switch-triggered barriers and points, and immoveable sections of track.

The neat, cel-shaded graphics and satisfying sound effects complement an interface that lets you draw the track on the touchscreen simply and seamlessly, while new concepts are introduced without the need for written instructions.

Escalating rapidly from simple to mind-bindingly complex, its later eureka moments are definitely hard-earned, but the supreme cleverness of its puzzles is a continual source of joy and mild amazement.

Like Annapurna stablemate Florence, Hindsight is a piece of interactive entertainment that’s resolutely unafraid to tug on heart strings that conventional video games tend to avoid.

Dwelling on love, loss, and the mutability of memories, you gaze back over a woman’s life, starting with her early childhood. Your interaction is to pan around its scenes searching for mundane objects that will act as a window to more distant memories.

While it shares some of its playful approach to perspective with Gorogoa, this is no puzzle game and involves no player choice, but it does have a pleasing emotional resonance, even if the relentless melancholy eventually makes you want to go back to Poinpy.

Taking command of an Ultramarine and his slowly growing cadre of randomly allocated grimdark buddies, Tacticus presents you with a series of turn-based fights on a hex-based battlefield.

There are terrain advantages, and each soldier has a once-per-battle special move, which works well within the confines of the relatively brief engagements. There’s also an upgrade path for each unit, with progress that takes a good few hours to plateau.

The action can feel repetitive and the usual gacha caveats apply, but the flanking manoeuvres and judicious use of special abilities make for a game where tactics do at least play a part.

In one of the more peculiar additions to Apple Arcade’s expansive line-up, Hanx 101 Trivia is a multiple-choice quiz voiced by Hollywood A-lister, Tom Hanks, who doesn’t actually say much beyond the intro and the occasional, ‘Way to go!’.

Divided into quick fire rounds, with a 10-second countdown for each of their five questions, you’ll find such familiar topics as food, spelling, politics, books, and film. The interface is fine, even if its tiny landscapes seem to have zero bearing on content.

The problem, beyond its intense ordinariness, is that many questions are America-centric, so unless you spell ‘mesmerise’ with a Z, know who the 25th president was, and can name various baseball and basketball players, frustration awaits.

Endless runners may have peaked a decade ago with Temple Run, but Ninja Ducks Vs. Pirate Pigs wants to believe there’s still a faint pulse left in a genre many had written off as deader than Elvis.

As tradition dictates, you’ll be running left to right across the screen, this time using your katana, shuriken, and lightning strikes to dice pirate pigs, while hopping over obstacles and pitfalls, earning gold for completed levels.

Initially at least, the gold rewards are reasonably generous, although that sense is short-lived, and you’ll often need to watch an ad when you fail a level; a punishment indeed.