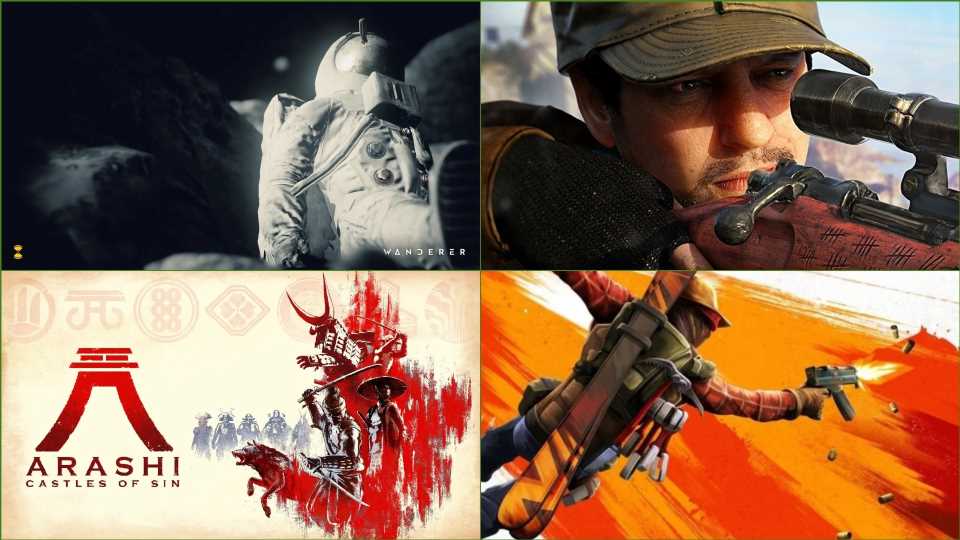 PSVR is currently going through what is most likely its swan song year.

But, while big first-party exclusives for the headset might be drying up as we march towards the new PS5 VR headset, there’s still plenty to look forward to.

Yesterday, Sony spotlighted seven titles heading to the platform this year. They included Sniper Elite VR and the reveal of Arashi: Castles of Sin. Need a quick rundown? Here are the best new PSVR games shown this week.

This one looks like Tenchu in VR. Set in Feudal Japan, you liberate castles captured by bandits using stealth — and a pet wolf — as your weapons. It’s coming this summer and we’ll be very interested to see how its ambitious concept of catering to multiple play styles holds up.

nDreams’ gorgeous-looking PSVR exclusive wowed when it was revealed in early March, but this first look at proper gameplay is really something. We get an extended sequence in which the player launches between cover, sprints to safety and skis down slopes. We’ll be really interested to see how nDreams is managing all of this with the PlayStation Move controllers.

Is it just us or is Wanderer looking really good? Usually, a VR escape room-style game wouldn’t raise much of an eyebrow but every time we see this one it displays gorgeous visuals and innovative solutions built around VR itself. We can’t wait to really dig in and see how it measures up to the impressive footage later this summer.

After a long silence, Sniper Elite VR is finally taking shape. This spin-off to the popular series is arriving on all platforms next month, giving players a full single-player campaign. Will Rebellion’s return to VR measure up? We’re looking forward to finding out.

This gorgeous nature-driven adventure first looked like a farming sim. Now it kinda looks like a… supernatural farming sim. This new video focuses on some of the ways the player is linked to the forest they help grow. For example, move too far from the trees and they’ll pull you back in. It looks like a tranquil bit of VR loveliness and we’re looking forward to it on July 27.

After The Fall – New Look

It seems like every time there’s a VR showcase we’re guaranteed to get another look at After The Fall. Not that we’re complaining – the game looks like it’ll deliver a rock-solid Left4Dead VR experience with up to four-player co-op. Today we saw new enemies but still no release date beyond the summer 2021 window.

And finally, Survios’ enjoyable (if inessential) take on Puzzle Bobble in VR is coming to PSVR soon. It launched on Quest a few weeks ago.

Which new PSVR games are you looking forward to? Let us know in the comments below!