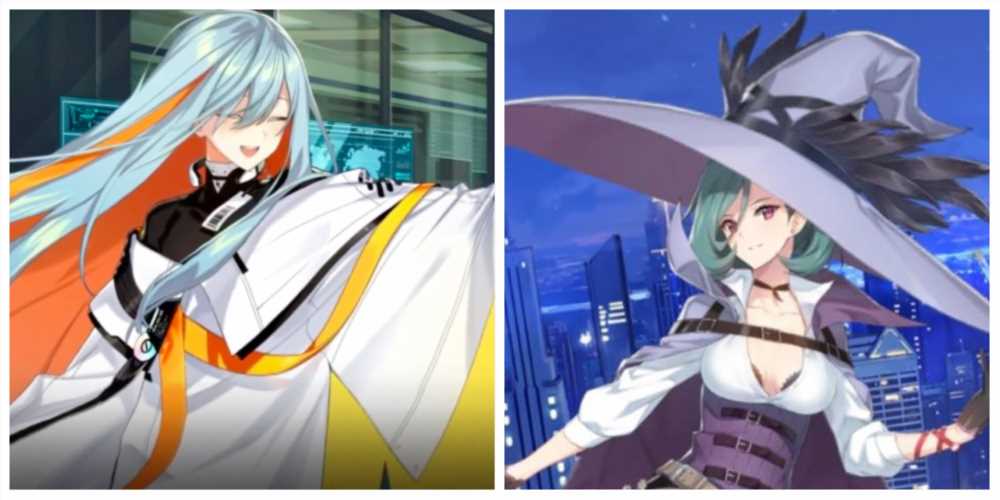 The global version of Counterside has now officially launched. Studiobside's gacha game has elements of a JRPG and puts players into the shoes of a character who ends up as the CEO of a company in peril. Once thriving, the company has fallen into financial ruin, and it is up to you to recruit employees and restore it to its former glory.

Counterside takes place in a world where corruption disasters plague civilization. The only people who can handle these are Counters, humans with unique superpowers. Your job is to recruit Counters for your company to fight the corruptions. These are the best characters for players to start with. 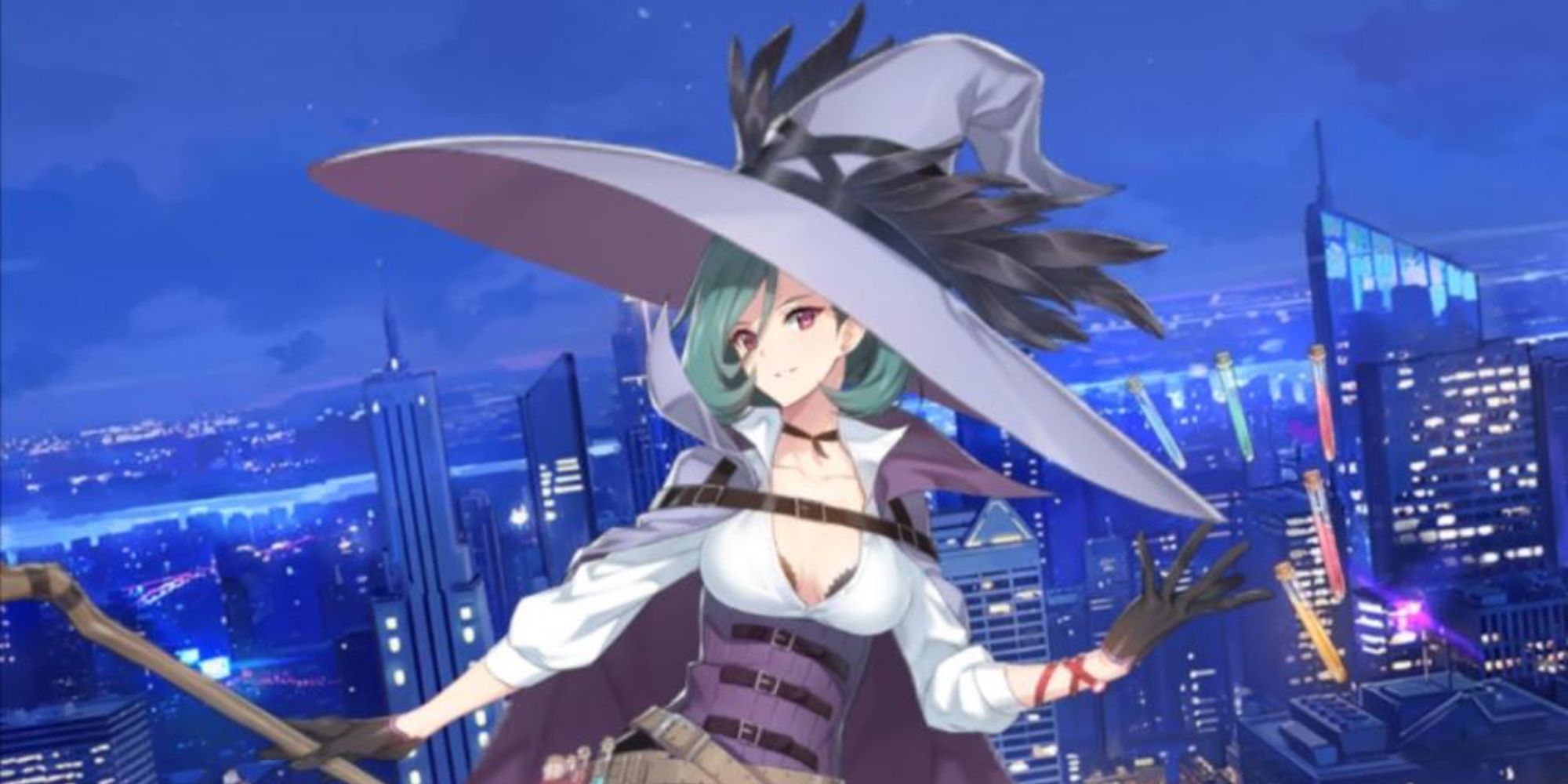 As the best healer in the game, Supporter Evelyn Keller is a must-have. She can both do a lot of damage and hit hard, making her a well-rounded unit and since she flies, she won't be damaged as much as ground units are.

Evelyn can also knock back and stun enemies, which makes her excellent tactical support. Because of her helpful niches, you must prioritize leveling her. When you level out a character's loyalty, you can also make lifetime contracts with them. 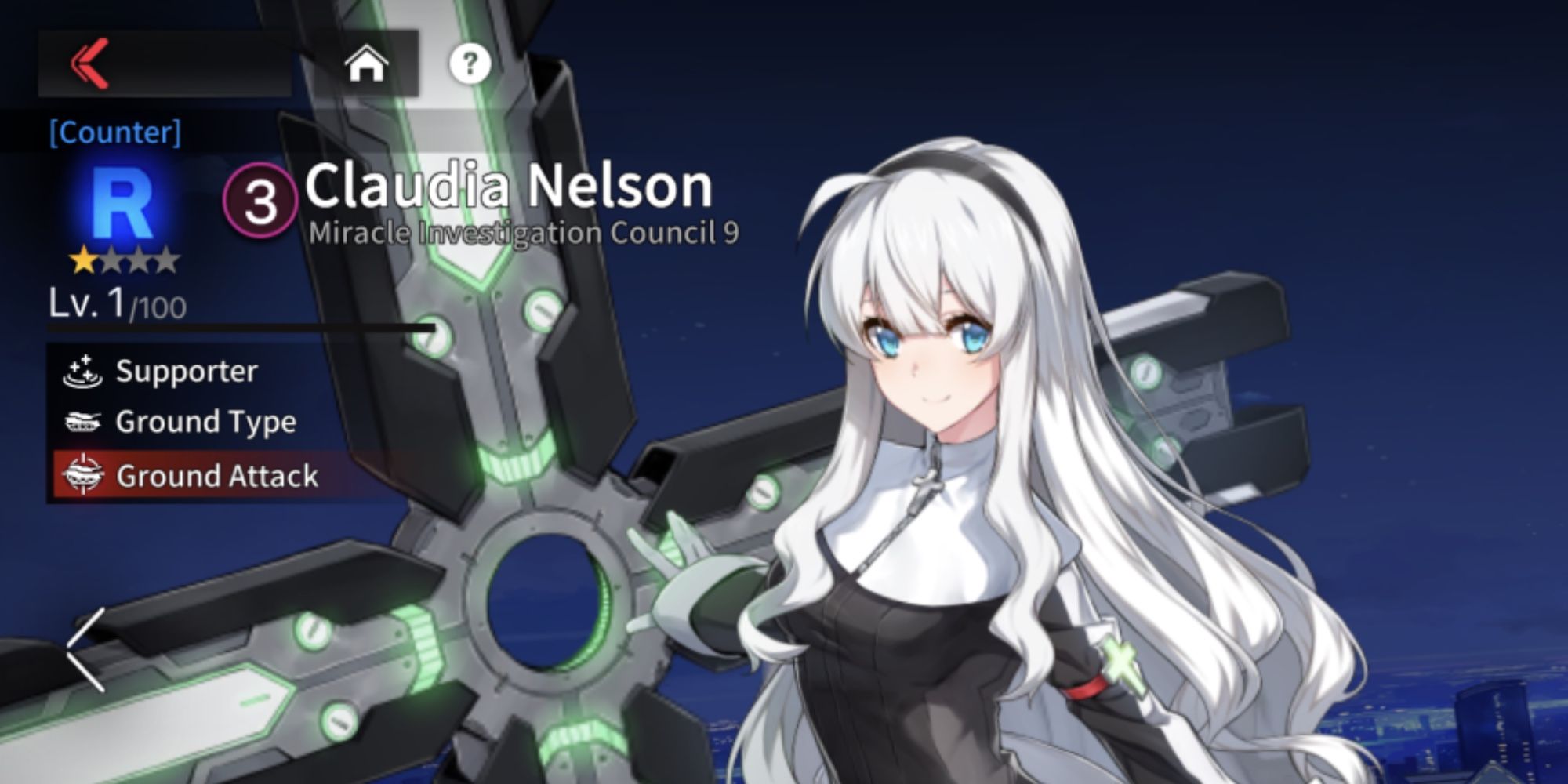 Claudia Nelson's abilities are exclusive to healing, but one can never really have too many of those, especially as the game content gets more difficult. Putting Claudia on your team is a must because she will heal the team as soon as she's deployed, which offers the opportunity to get you out of a tight spot.

She can also boost the allies' defense. As an R unit, she should be fairly easy to get and level for new players. She can also shield herself, meaning she won't die quickly before she can heal others. 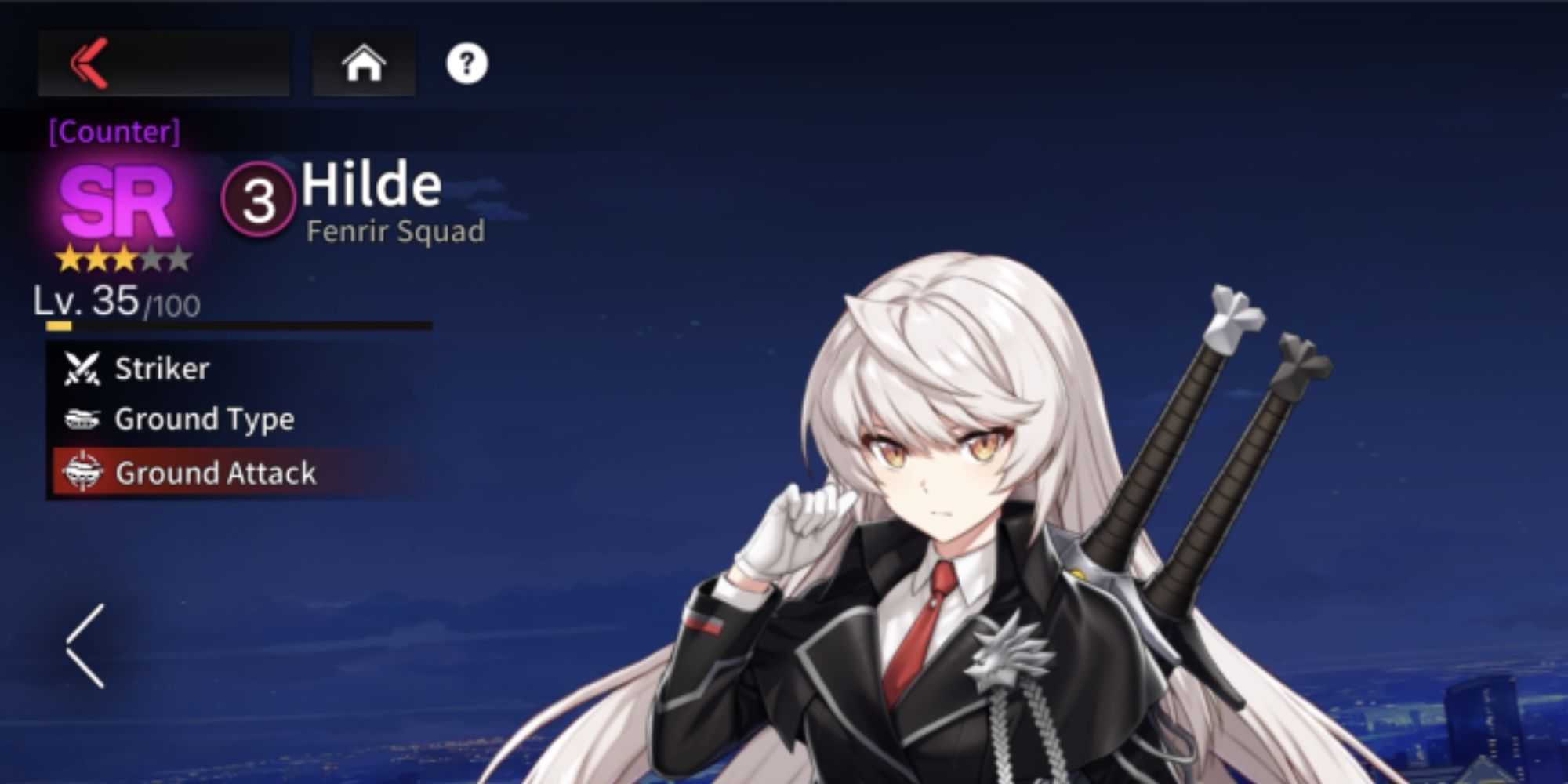 Hilde is one of the first characters you'll get in the game. Don't assume for a second though that this means she's weak or will lose her utility. As a unit with the power to buff other Counter units, she will be important both at the beginning of the game and later on as well.

Most of the game's free units work really well, so don't forget to level them. Hilde can shield herself, stun enemies, and has the ETB ability, meaning she will always do something useful when she comes to the battlefield. 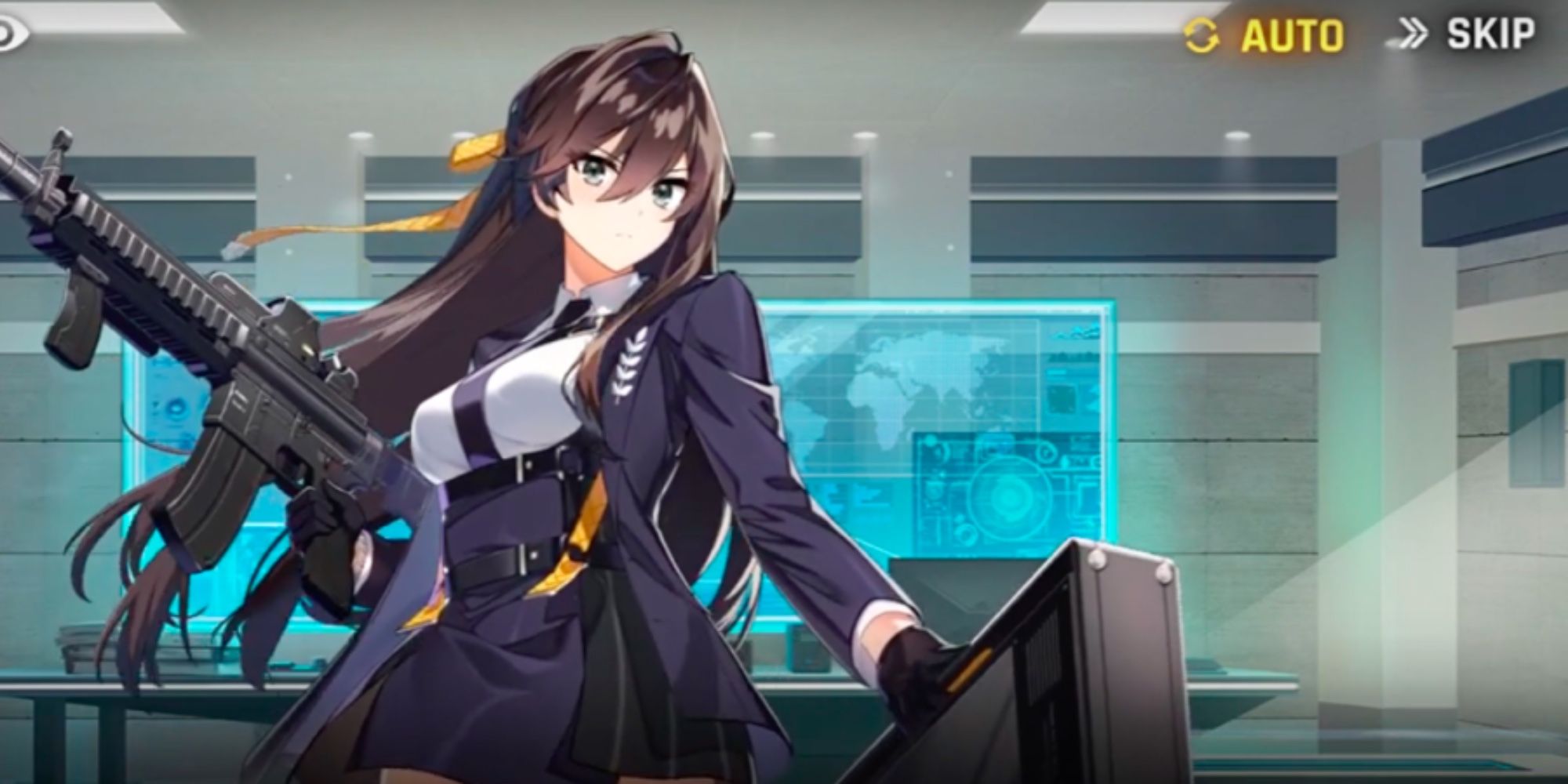 You'll need a battle unit that can hit many different kinds of enemies, and there's no one better for that role than Karin Wong. Air units, ground units, it doesn't matter, Karin will destroy them all.

This Sniper unit's AOE attacks are also really helpful when you're swamped by enemies. You'll hardly ever not have a reason to use her. Karin is also one of the units that has a summoner ability, meaning she can call monsters to help out in battles. 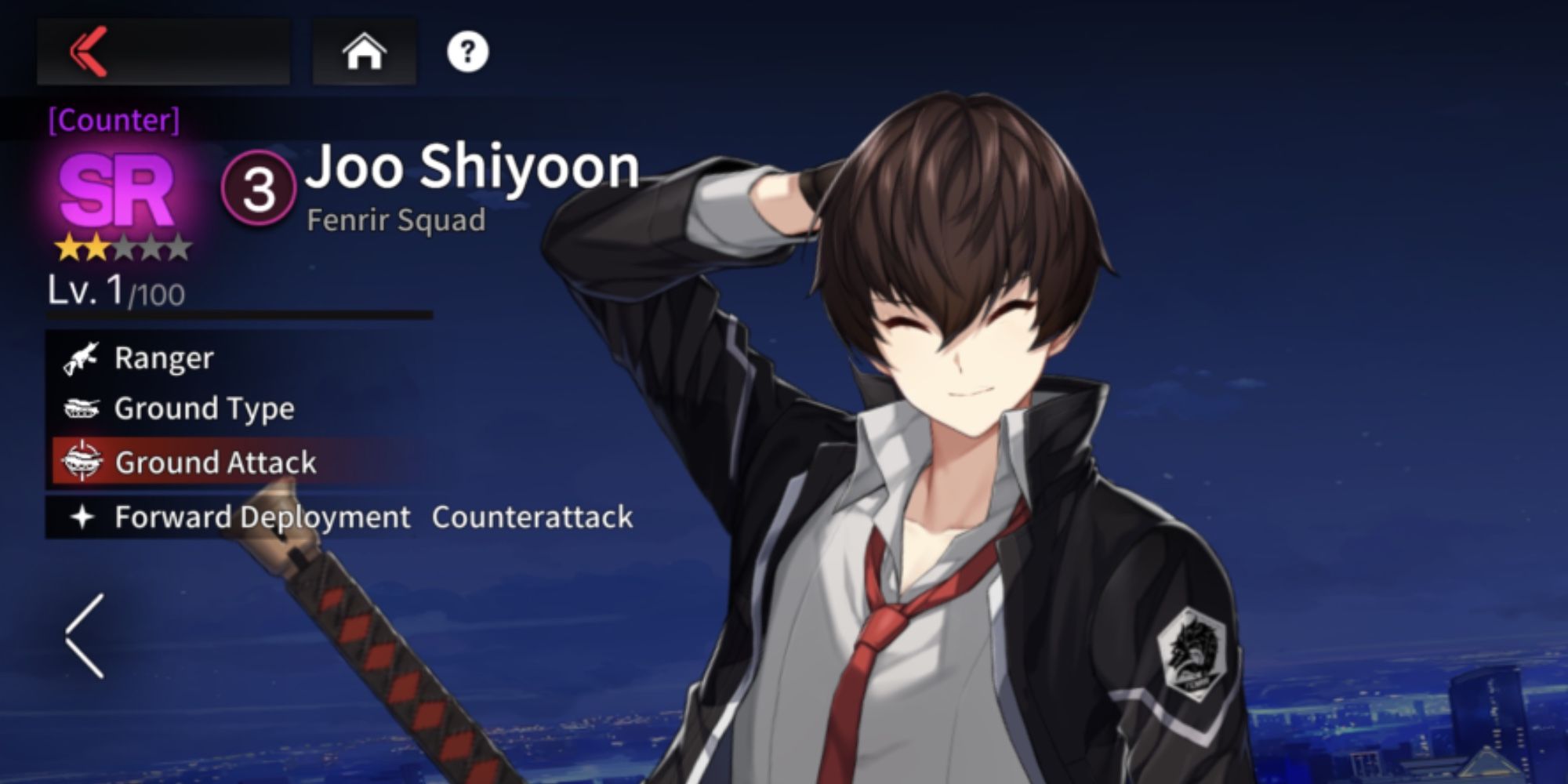 When you first meet Joo Shiyoon, one would never think such a nonchalant person could be such a good unit. Don't be fooled by his personality, Joo is one of the best counterattackers in the game. He can stun and knock back enemies, leaving them for your damage units to finish off. Joo can also go anywhere on the battlefield thanks to his Paratrooper ability. 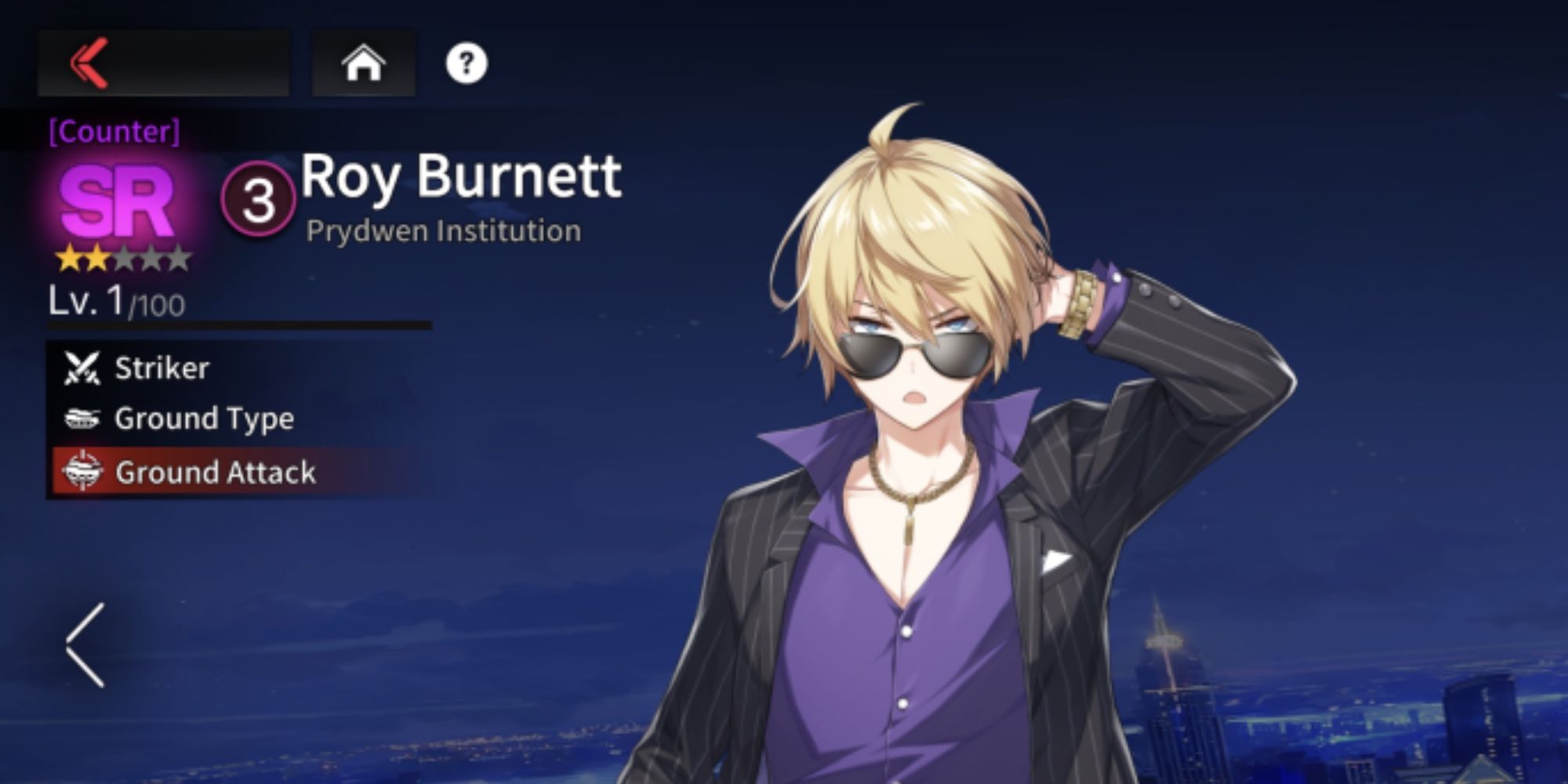 Roy Burnett is a great character for new players because he's fairly easy to get as an SR and is one of the strongest debuffing units in the game.

With his powers, he can weaken enemies and also can survive well as a unit on the frontlines due to his off-tank specialties. Because of his ability to weaken enemies, Roy is very useful for boss fights. Besides that, his AOE damage can take out many enemies at once as well. 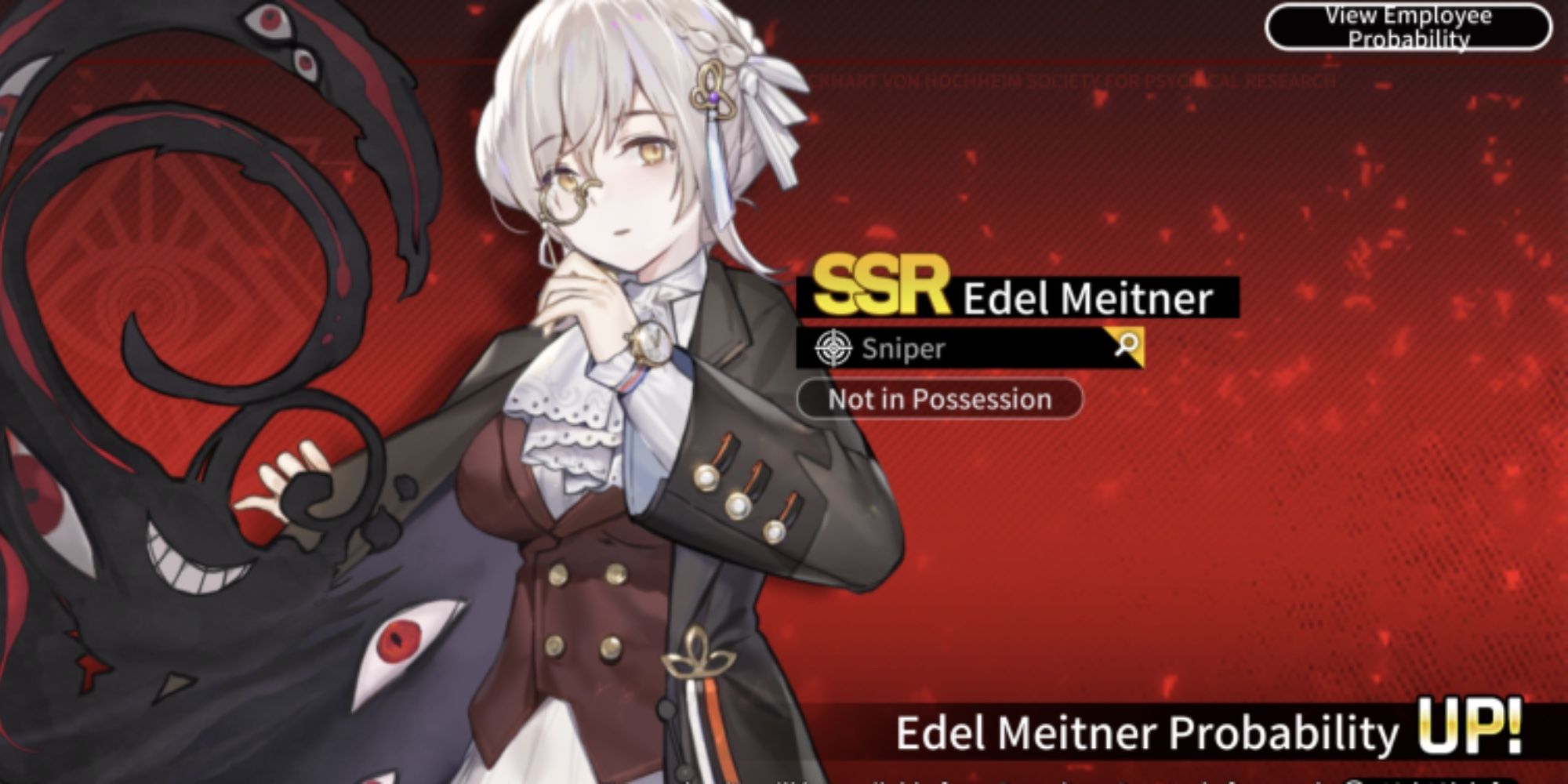 Edel is one of the best units one can pull because she is a Sniper unit that specializes in destroying both soldiers and corrupted objects, something that is a huge component of the game. She will carry new players in all components of the game because of her powers.

Another one of her neat abilities is that she uses the bodies of destroyed enemies to summon little creatures that fight on the frontline. You can't go wrong with Edel. Not to mention she has one of the coolest character designs. 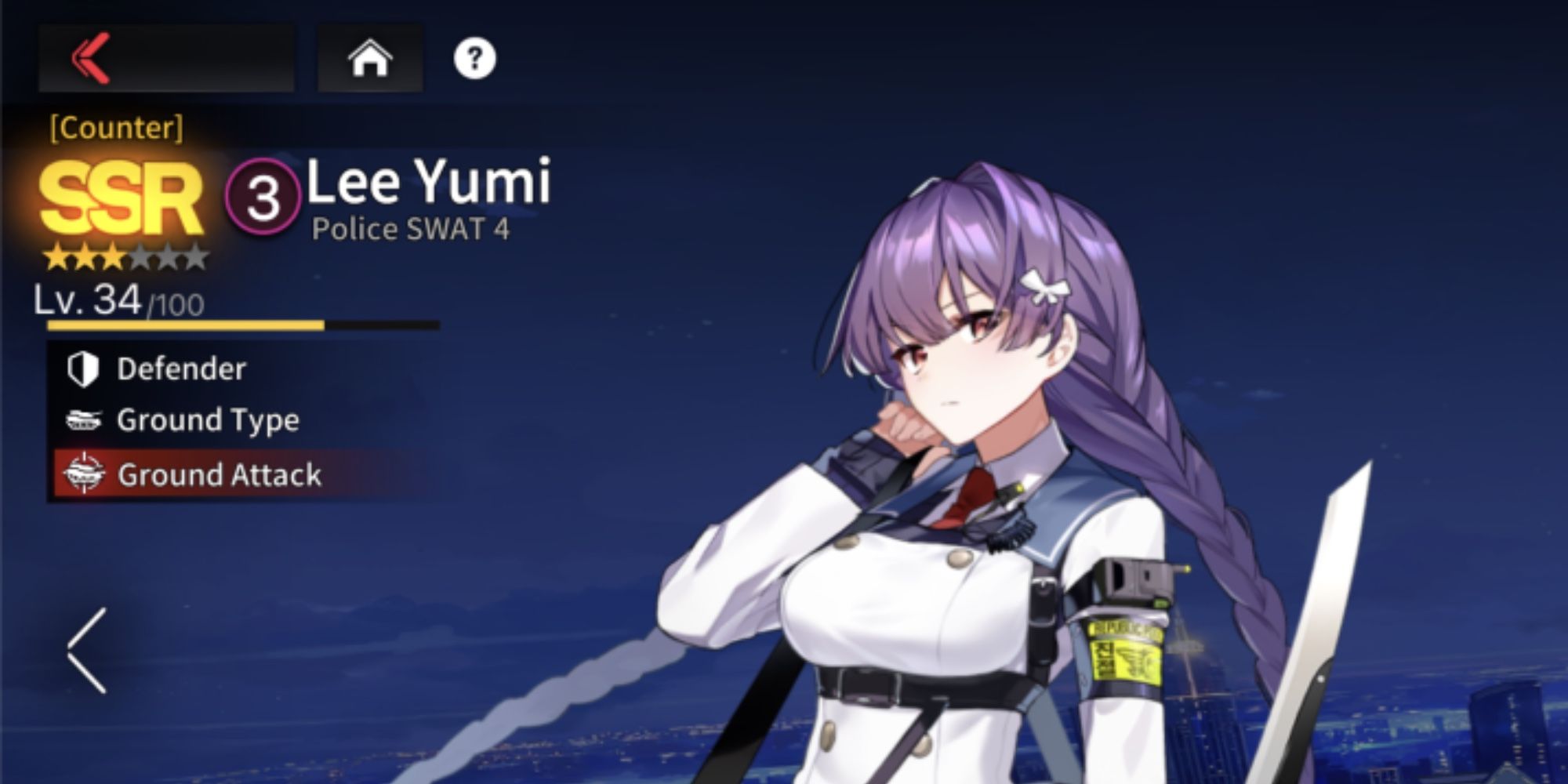 This mobile game has many cute characters, but none may be as cute as Lee Yumi. If you want a ground attacker who purely specializes in tanking and defense, look no further than her.

She's one of the strongest Defender units in the game and has a low cost at that as well. She can defend both allies and herself as well as weaken enemies, which comes in handy for boss fights. 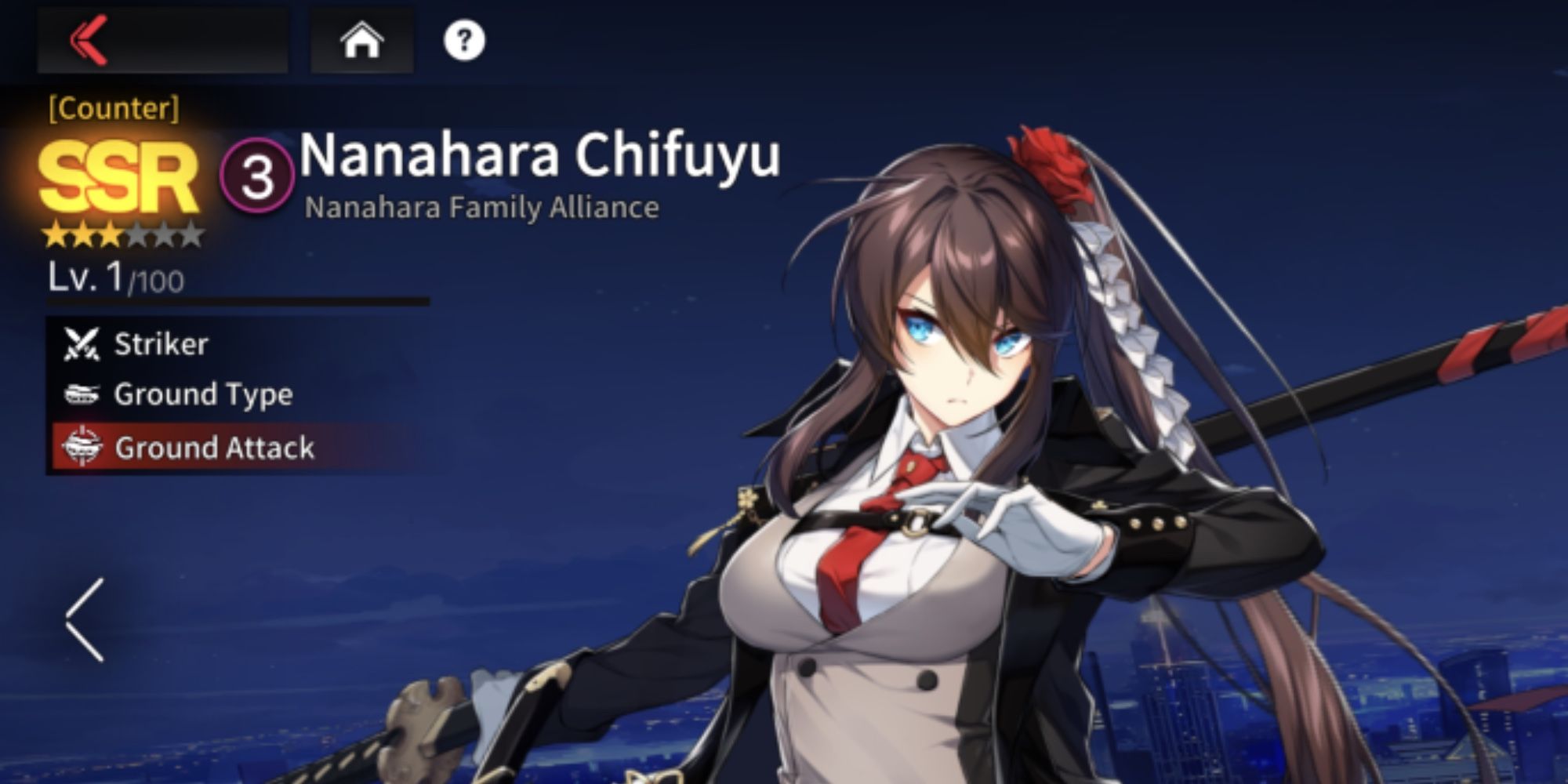 Chifuyu is a Striker unit that destroys enemies on the frontline. She is considered to be one of the most phenomenal units in the game because has the stats of a defender while being an excellent damage dealer.

Chifuyu is very versatile, being able to do damage, immobilize and debuff enemies. On top of all that, she can boost herself as well. Because of her specialty in all fields, Chifuyu is a popular pull for new players. 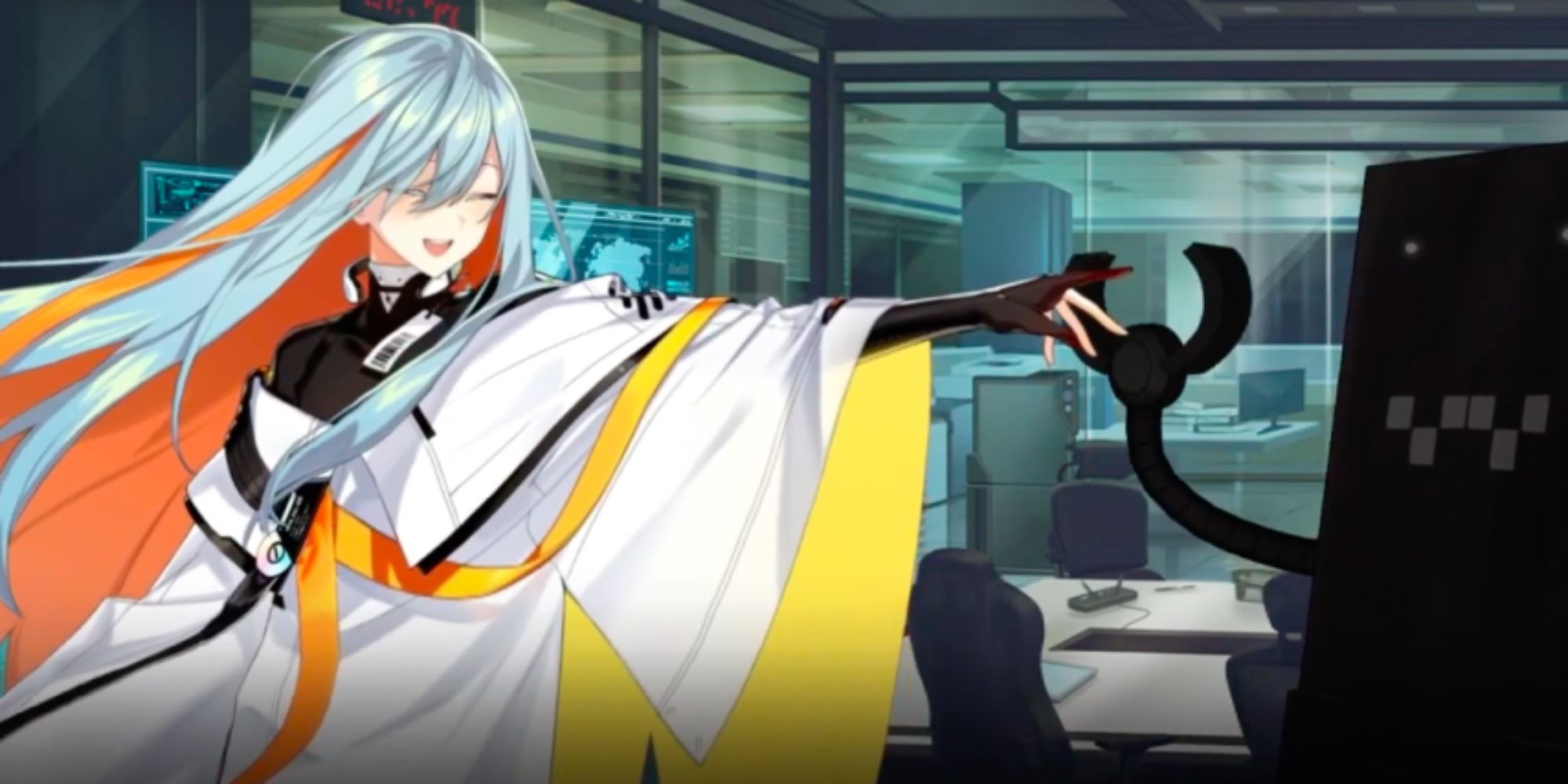 Sigma is different from the other characters you've met so far because she's a Mech, not a Counter. Therefore, she functions a little differently in battle.

Because she's a battery, she can replenish Deployment Resources faster. She also can summon a defender, making her excellent for stalling. Be careful using her though, as due to being a Mech, she's not as stable as the Counters.