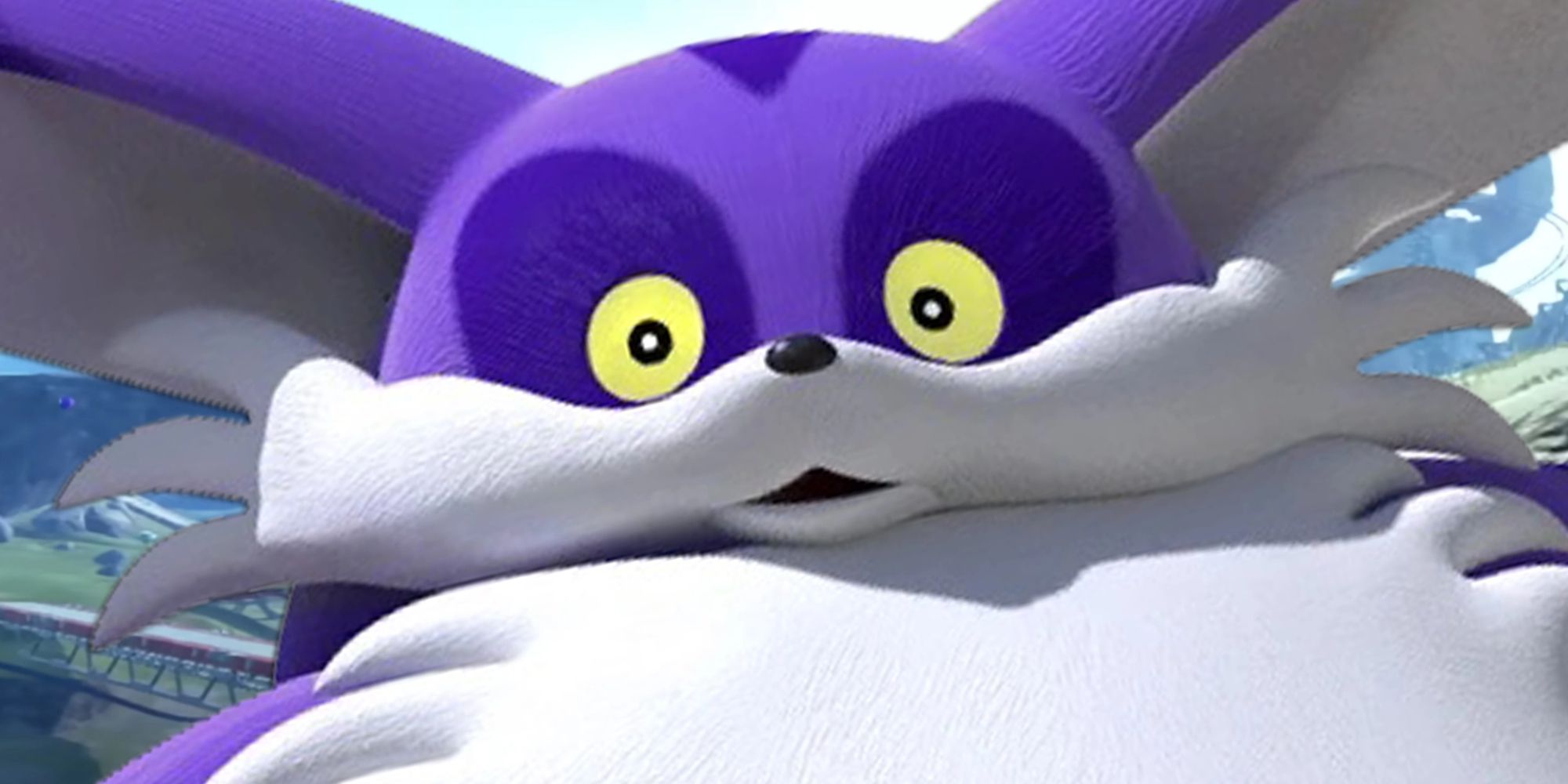 A release date for Sonic Frontiers was finally revealed during Gamescom Opening Night Live and the game has been playable at Gamescom over the past couple of days. As a result, we've been getting more info on the game than ever. For example, the Green Hill Zone Cyberspace level in Sonic Frontiers looks to have been copied straight from the tutorial in Sonic Unleashed.

No detail is as important as what one fan has confirmed from the show floor of Gamescom itself though. We already knew that some of Sonic's pals from previous games would be showing up at some point in Sonic Frontiers, but we weren't quite sure who. Thanks to a very grainy and blurred picture, we now know that Big is back, baby.

Yes, as can be seen in the tweet embedded below by Twitter user Bibs, Big the Cat can be seen on a monitor in front of two – seemingly very emotional – men playing Sonic Frontiers. While we don't know what's going on, Big does have a fishing rod in his hand, backing up reports that Sonic Frontiers will include a fishing minigame set up by the lovable purple feline himself.

As for who else will be popping up in Sonic Frontiers, a datamine from a while back revealed that Amy, Tails, and Eggman will show up at some point, the first two Sonic is trying to find after being separated from them after discovering Kronos Island. Knuckles, Shadow, and Metal Sonic are all quite popular characters amongst the Sonic community, but we don't know at the moment whether they'll feature or not.

The only way we'll know for sure is if we actually play the thing when it comes out. As for when that will be, Sonic Frontiers is now expected to launch on November 8 for PC, PS4, PS5, Xbox One, Xbox Seris X, and Nintendo Switch.