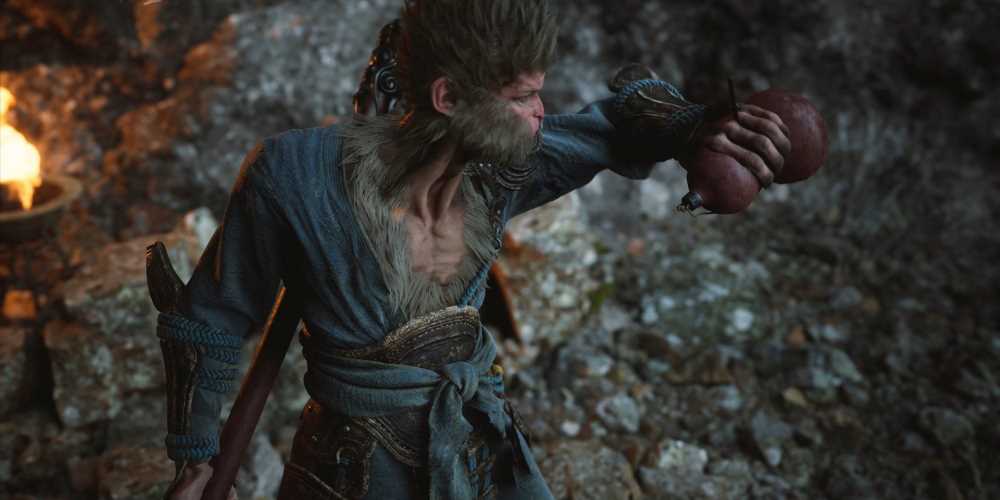 Black Myth Wukong just got a new gameplay trailer exactly 12 months after last year’s trailer revealed 12 minutes of gameplay. That’s down from the game’s initial 13-minute reveal trailer. Last weekend’s trailer continues the downward trend with just eight minutes of gameplay, but we did get to see Black Myth Wukong’s save system, inventory management, GUI, and a few boss fights.

We still don’t have a release window for Black Myth Wukong, although, fans might want to temper their excitement somewhat after learning of several misogynistic and homophobic comments made by the developer.

In a viral tweet from Sumerian Tater Tots, we’re reminded that Game Science founder and director Féng Jì once said that Black Myth Wukong "needed no female players," alongside other remarks of harmful female and gay stereotypes.

Responding to the post, other users noted that Game Science’s recruitment posters are also problematic to say the least, with barely concealed male genitals advertising the sort of work environment applicants can expect. One user called it "disrespectful to the audience it recruits, and it is even more disrespectful to its own company's reputation."

Eurogamer also noted a 2020 report from SupChina accusing Game Science of having a toxic, male-dominated work culture. This toxic culture was highlighted in several Weibo posts from Ji, which were quoted in the report.

As misogynistic as those remarks are, one Twitter user noted that Black Myth Wukong’s lack of female characters (or players) will leave just one option for pornographic fan art.