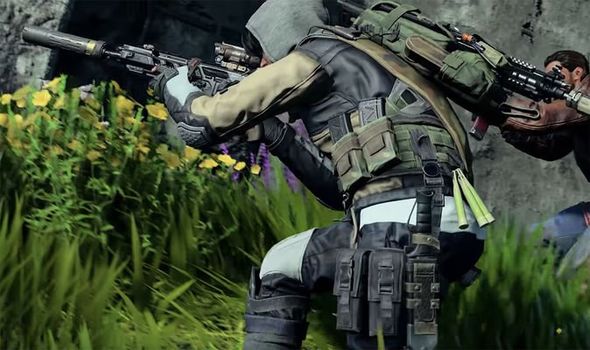 Call of Duty Black Ops 4 fans are counting down to the release of the brand new Alcatraz map on PS4.

Perhaps most surprising of all is that Alcatraz is a standalone map with its own playlist, when some fans believed it would be added as a new area to the existing map.

If it’s anything like previous Call of Duty updates, then expect Alcatraz to drop alongside a hefty update between 5-7pm UK time.

The new map is said to require new tactics, as players battle within a fog-filled island.

“The new Blackout Alcatraz map is set in a fog-filled island boasting a variety of environments that all lead up to the big cellhouse atop the hill,” reads the Activision post.

“Requiring new strategies and tactics, players will drop in, gear up and fight through both close-quarters combat and long-range exterior firefights as they battle to be the last squad standing.

“Alcatraz is launching in addition to the original Blackout map, so players will have two distinct maps to choose from when jumping into the mode.”

The map will also contain a smattering of zombies, as well as one or two undead surprises, according to Treyarch.

While fans wait for the full list of patch notes, Treyarch has given fans a taste of what else is coming to the game.

One thing we do know for sure is that the Barebones playlist is going live for all platforms.

The news was confirmed by the official Treyarch Twitter account, alongside more of the studio’s future plans.

The tweet reads: “Yes! Barebones goes live for all platforms tomorrow, then we’ll be dropping Infected up next, followed by the free Arsenal Sandstorm map for everyone, and of course, a new batch of MP maps when our next Operation kicks off later this month. Can’t wait!”

Barebones strips things back for a more traditional Call of Duty experience. Gone are specialists in favour of classic Call of Duty rules.