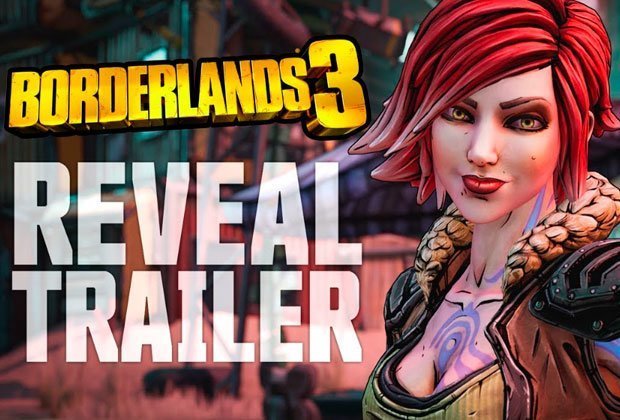 It looks like Gearbox is going to formally unveil Borderlands 3 later today.

The developer – along with publisher 2K – seems to have a few announcements in store for us from the PAX East panel it’s hosting out in Boston.

The stream of the panel will be taking place at 6pm UK time, so you can expect us to be on this page, updating more information as it’s revealed.

Rumours persist that we’re going to hear a Borderlands 3 announcement, as well as an announcement based on another Borderlands game. There’s also talk of some sort of Penn & Teller game coming from the company, too (which would make sense considering Gearbox boss Randy Pitchford’s obsession with all things magic).

Take a look at what Gearbox has said about its panel so far below.

The panel description hints that we’re going to see something special from Borderlands today:

“This is your opportunity to get a behind-the-scenes look at Gearbox Software and Gearbox Publishing, along with the latest news and updates from the makers of Borderlands, Battleborn, Brothers in Arms, and more! We will have never-before-seen reveals, exclusives, and surprises, so don’t miss out!”

So what are we expecting to be announced, and what do we know of the game so far?

Rumours about the sequel have been swimming around for a while now, in the wake of Borderlands 2’s massive success. Gearbox CEO Randy Pitchford said at PAX East 2016: “It’s no secret, obviously there’s going to be another Borderlands.”

An investors call from March 2017 may have hinted towards a potential release date, too.

Take-Two CEO Strauss Zelnick had said a “highly anticipated new title from one of 2K’s biggest franchises” is in development for the fiscal year of 2019 (October 2018 to September 2019).

Then, in February 2018 Take-Two issued a press release announcing “a highly anticipated new title from one of 2K’s biggest franchises” is coming out “during fiscal year 2019” – so that means we may not have too long to wait between reveal and release for the game.

At PAX West 2017 Pitchford dropped another massive hint, saying 90% of the Gearbox team is “working on the thing I think most of you guys want us to be working on.”

Gearbox has also made clear its intent for delivering a “really big, worthy” continuation, not an offshoot like the Pre-Sequel.

Pitchford dropped another hint in April last year, when he tweeted a picture of himself wearing a motion capture wig.

It’s been a long time coming, so we’re looking forward to the announcement of the game – stay tuned for more information soon.