Borderlands 3 knows just what kind of game it is, and is unafraid to poke fun at other games in the same genre that take themselves more seriously through references and Easter Eggs. There are almost too many crammed into Borderlands 3 to cover them all, and while the humor may fall flat to some, there is at least one worth seeking out for the potential rewards you can get out of it. If you’ve never found one before, here’s how to find and trade Loot-O-Grams. 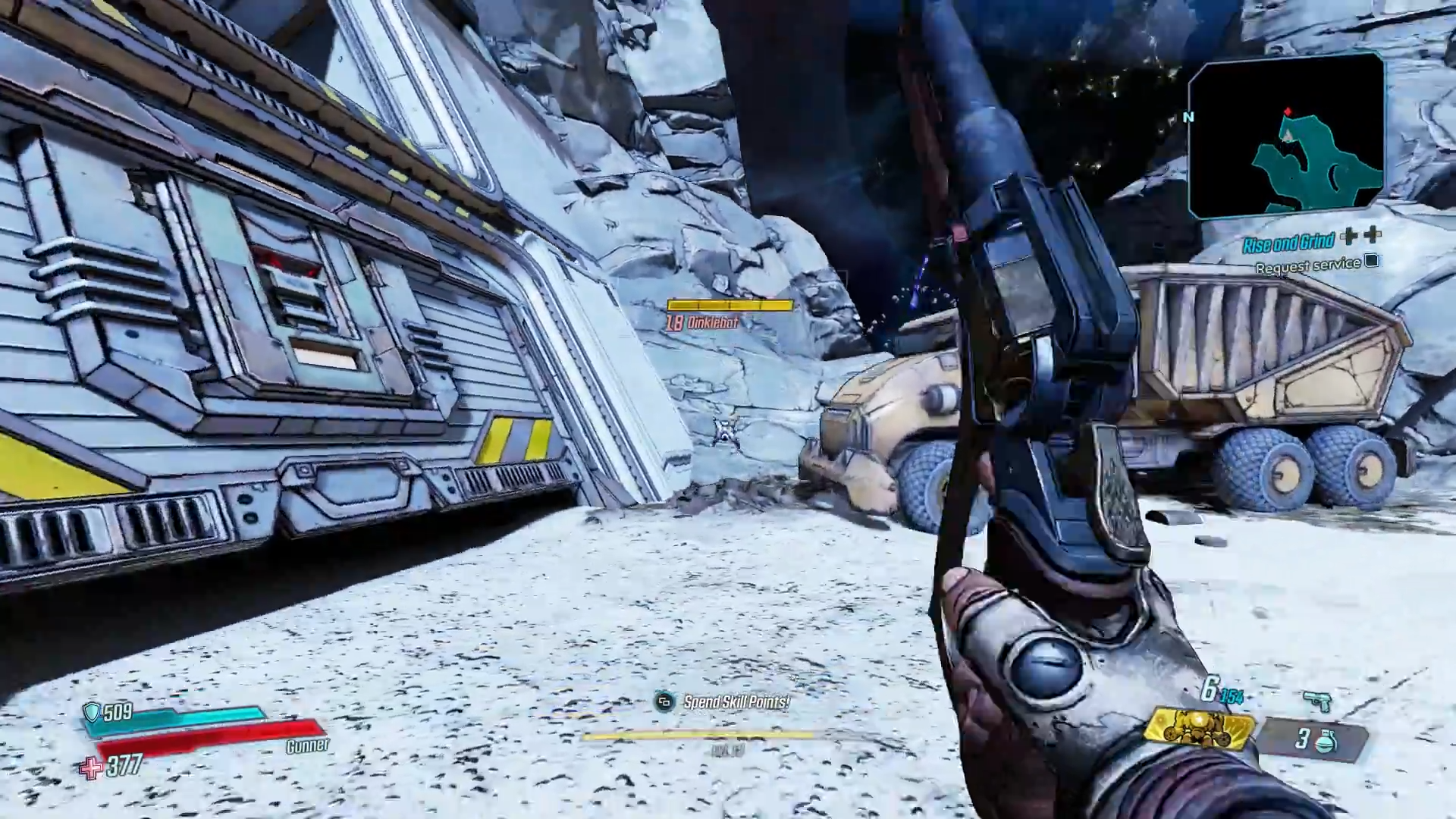 If the name Dinkle-Bot isn’t familiar to you, then you weren’t around for the initial beta and launch of the first Destiny game by former Halo developers Bungie. Aside from taking a lot of cues from the first two Borderlands games, such as being a first-person shooter with a heavy emphasis on loot, the game featured a small robotic companion called a Ghost that would guide the player through the adventure.

This robot was initially played by Game of Thrones star Peter Dinklage whose performance was not well received. Eventually the moniker of Dinkle-Bot was given to the ghost character until he was eventually replaced by Nolan North.

This joke, despite being around five years old at the time Borderlands 3 came out, was not forgotten by Gearbox, who hid a Dinkle-Bot of their own in their game. But he’s more than just a fun Easter Egg, since killing Dinkle-Bot will drop a unique item called a Loot-O-Gram that you can’t get anywhere else in the game. 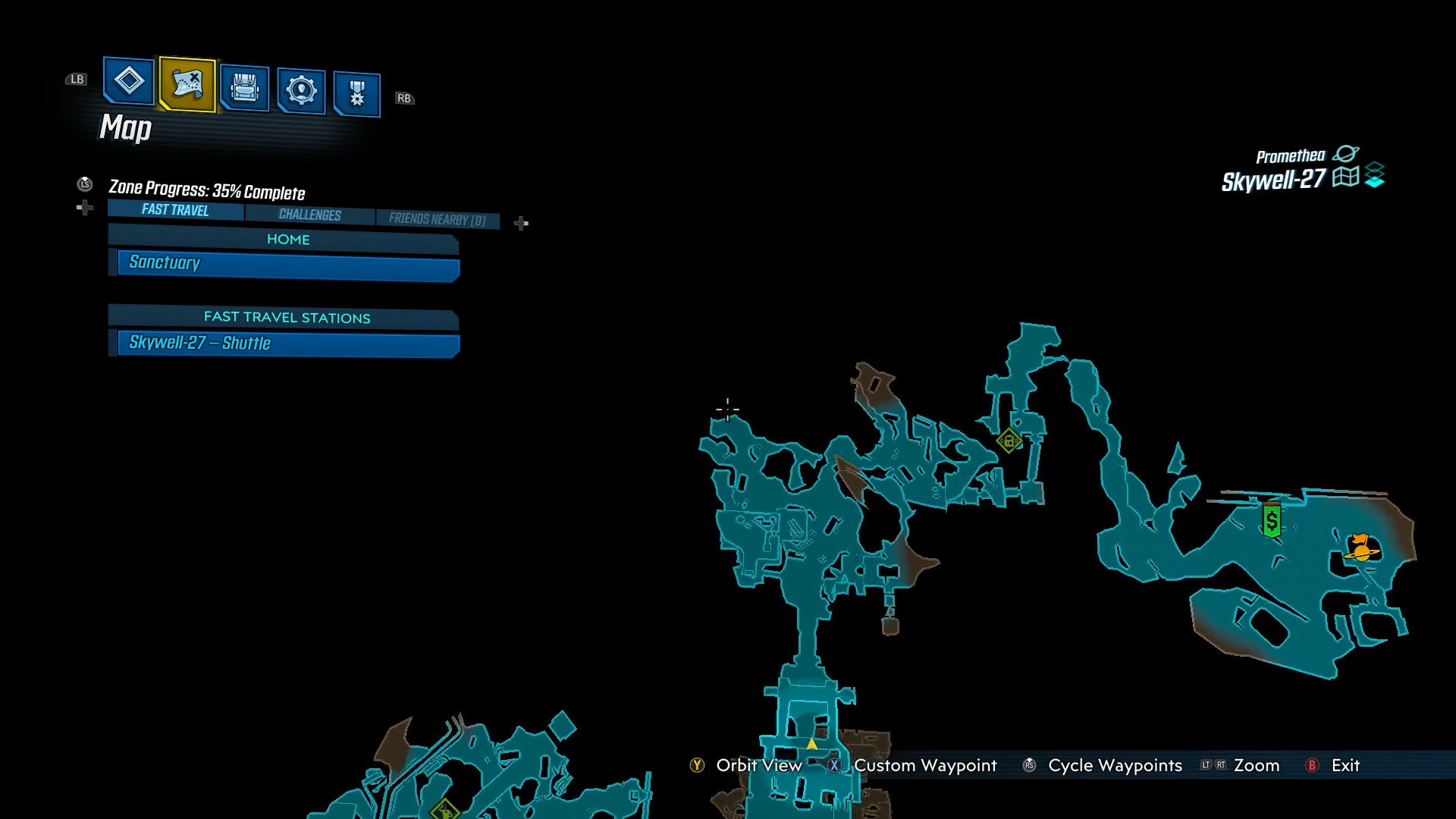 You’ll be wanting a ton of these Loot-O-Gram drops, but because there’s only one Dinkle-Bot to find, farming them isn’t the easiest thing in the game.

First you need to find Dinkle-Bot on Promethea. Go to the Skywell-27 zone on the planet and spawn at the fast travel point in the middle of the area if you’ve unlocked it. If you haven’t, make sure to go there before attempting to start farming. Next you need to make your way to the Northeast point of the map that leads to a dead end. Once you make it here you will have a chance to find Dinkle-Bot in the trash beside a large truck at the very end of the path.

The downside is Dinkle-Bot is a rare enemy spawn, and won’t always pop out of the trash to fight you. If he doesn’t show up you’ll have to quit out and load back in at the save point to try again. Once he does spawn, gun him down for that sweet Loot-O-Gram before quitting out and reloading to hunt him down again.

Trade In Loot-O-Grams At Crazy Earl’s 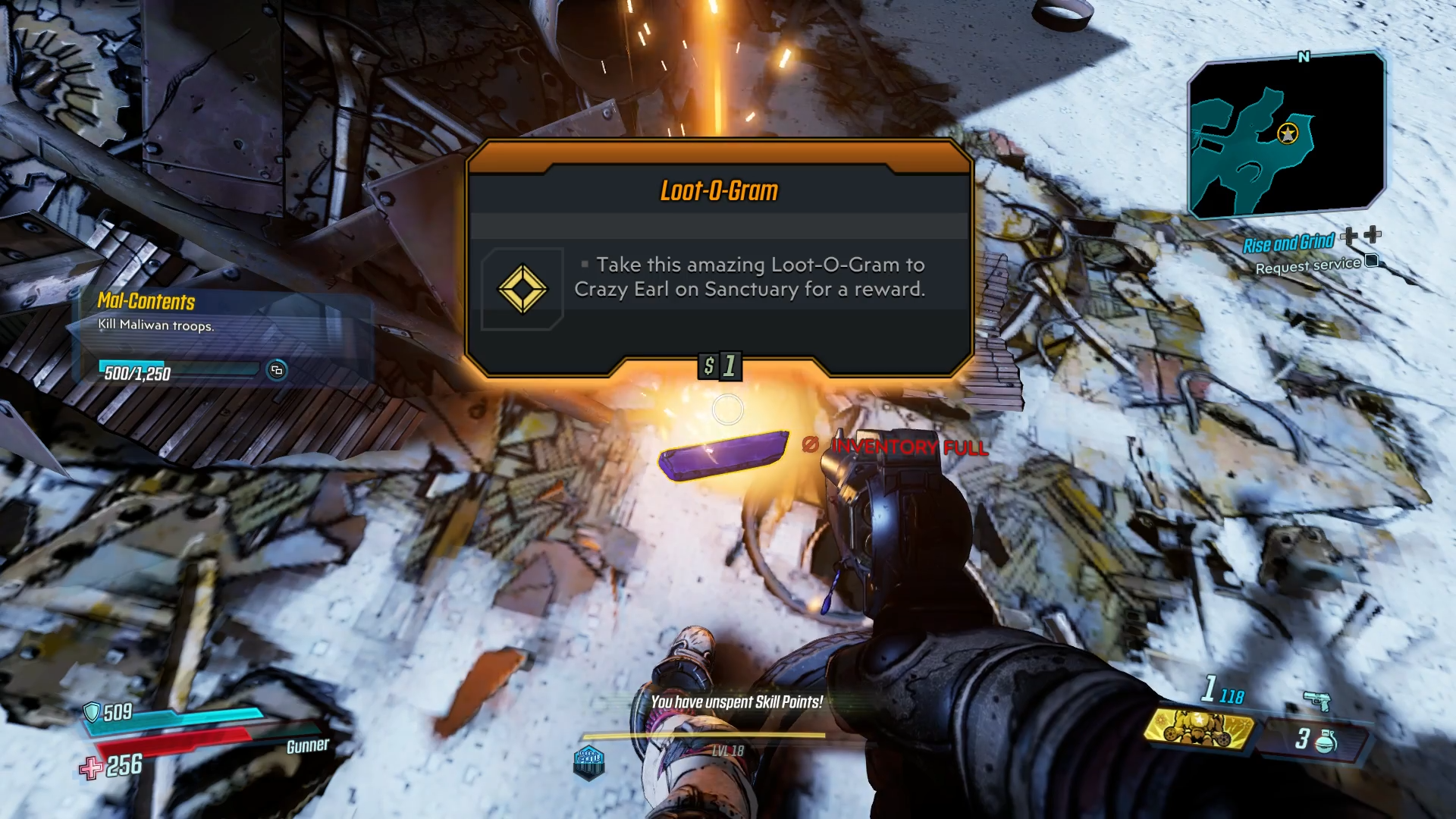 Once you have as many Loot-O-Garms as you want, head back to Sanctuary to trade them in with Crazy Earl. He’s located at the bottom of the ship near Ellie behind the locked door where you also trade in your Eridium. You only get the option to turn in Loot-O-Grams if you have them in your inventory, and you can even trade multiple at once to save time. 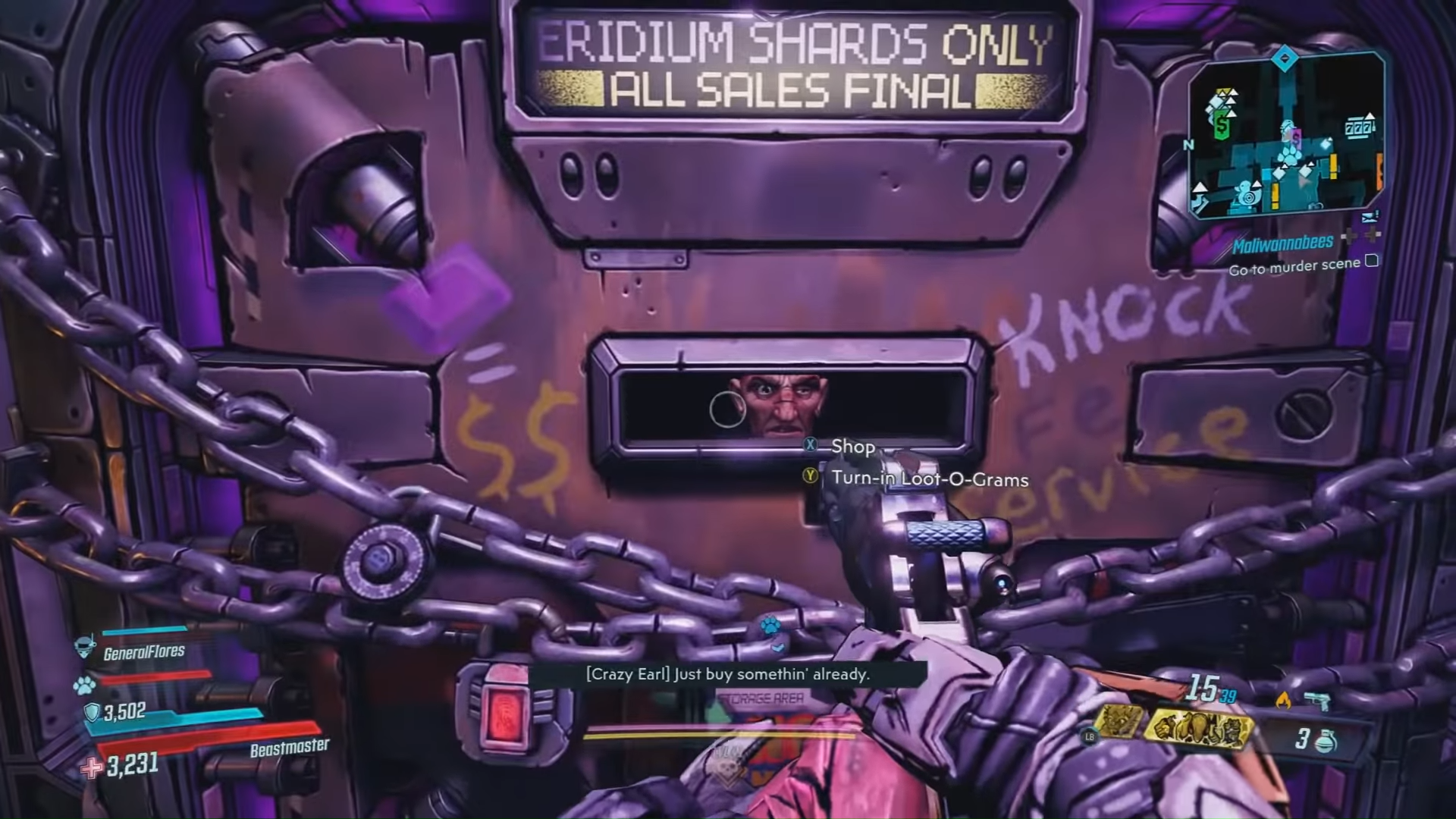 For each Loot-O-Gram you give Crazy Earl, he will spit out an item in exchange. While you’re going to mostly be getting common level gear, he does have a chance of giving you legendary tier weapons and items. The more Loot-O-Grams you have to trade, the better your odds at getting something high tier.