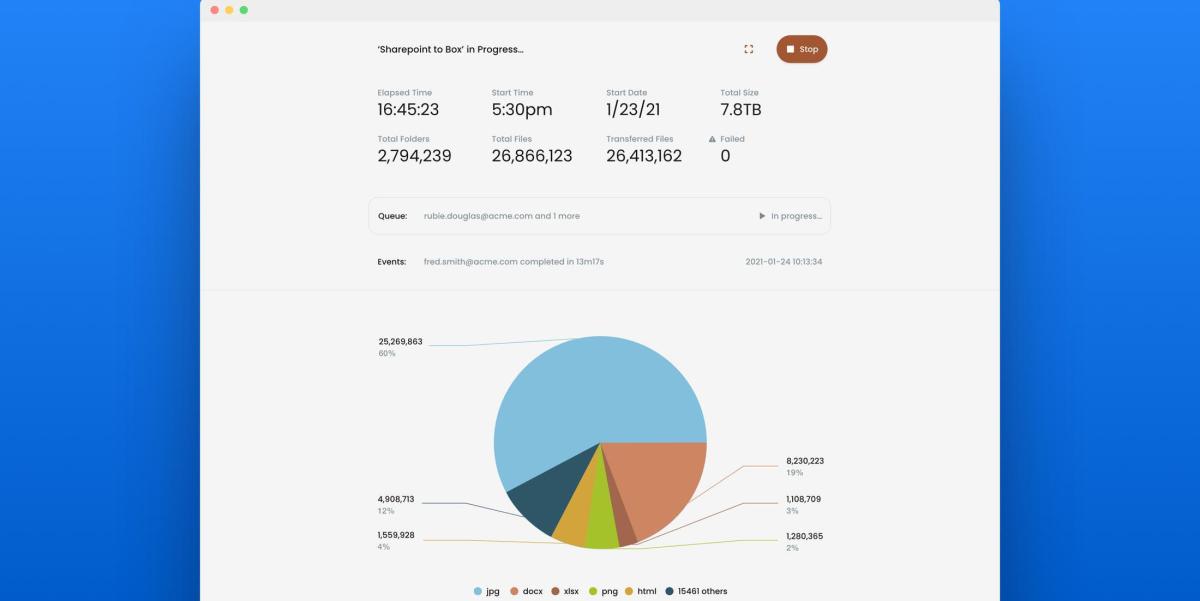 Box initially launched Shuttle back in 2016, offering businesses dedicated technology and consultancy to help transport their files from legacy on-premises systems and into Box. A few months back, Box rolled out an upgraded version of Shuttle designed to make the migration process easier and cheaper.

Throughout its various incarnations, Box Shuttle has been geared toward more complex data migrations, and thus it has been sold as a managed service. That all changes with its new self-service tools for businesses with simpler or lower volume migrations, with an additional advanced offering for more complex migration requirements.

There are good reasons why these limitations are in place for the free self-service tool. Some source systems follow a similar permissions structure to Box’s “waterfall structure,” which basically means that users only have access to folders (and subfolders) they are invited to access — so when  migrating content from other similarly-structured systems, minimal re-mapping is needed during the transfer to ensure the existing permissions are protected post-transfer.

According to Box, however, not all source system permissions rules map well to Box’s permissions structure. “So they require either light or heavy remapping, and there can be discrepancies identified during the migration, which Shuttle identifies for the customer and allows for mid-flight fixes,” a spokesperson told VentureBeat.

This is why Box Shuttle will also offer advanced tooling for more complex self-service migrations, which may involve custom metadata or remapping user-permissions, and it will have no lower limit on the amount of data being transferred. This will be charged at $500 per terabyte, and will include additional source system support such as SharePoint on-premises, Citrix Sharefile, Egnyte, AWS, GCP, and Azure.

Box’s new self-service tools have been made possible thanks in large part to Cloud FastPath, a file migration platform (and long-time Box partner) that Box quietly acquired earlier this year. This mirrored a similar move Microsoft made back in 2019, when it snapped up a cloud migration startup called Mover.

By making it as easy as possible for companies to move their content between cloud platforms with minimal disruption, this increases the chances that they will do just that — entirely off their own steam, with no need to involve external project managers or consultants. It’s worth stressing, though, that larger-scale migrations will still likely benefit from a more hands-on approach from dedicated personnel.

“Box has, and continues to invest heavily in, a successfully managed migration program and anticipates that the self-service tooling business will be additive to our existing managed migration business,” the Box spokesperson noted.