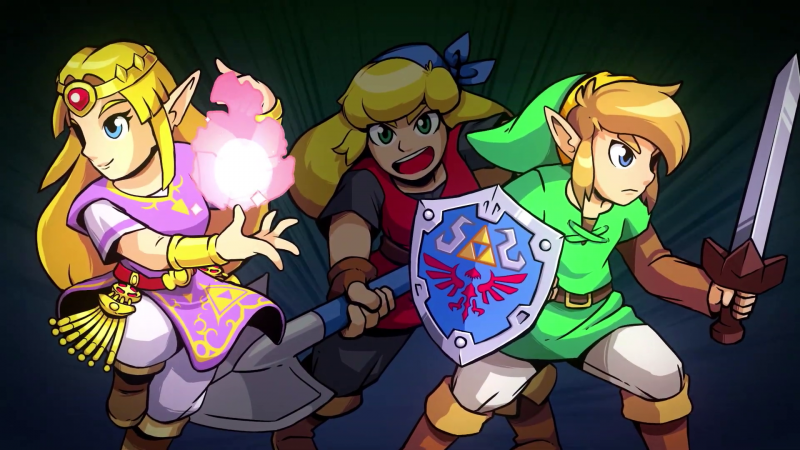 Not a whole lot was shown of the game, but it does appear to star Cadence from the original game with Link and Zelda as separate playable characters. Cadence has been transported to the unfamiliar land of Hyrule, but there are still some familiar people and mechanics for her even in the new kingdom. Both the new title and the original Necodancer are developed by Brace Yourself Games.

Necrodancer’s gameplay puts the player in a procedurally-generated dungeon that they have to explore by moving and attacking at the beat of the music. The game has been fairly popular on PC and even got a Switch version fairly recently, which Switch owners can check out if they’re curious how this new Zelda-themed spinoff is going to play.

Cadence of Hyrule – Crypt of the NecroDancer Featuring the Legend of Zelda releases on Switch this Spring.