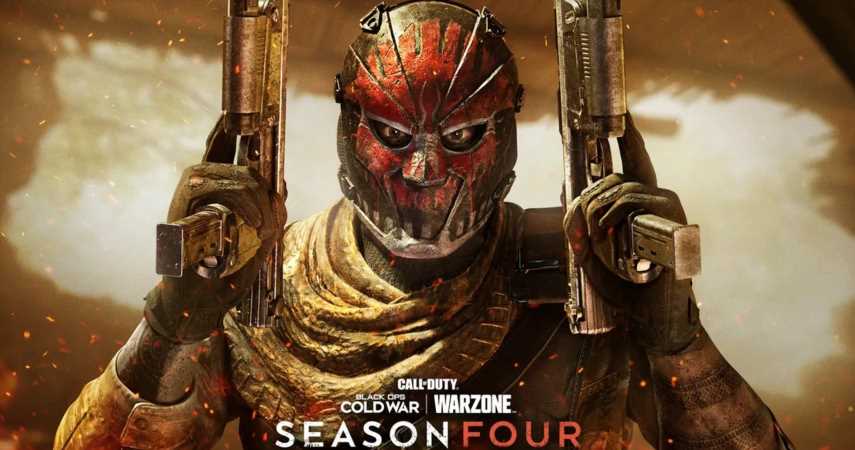 Activision has revealed the file sizes for Black Ops Cold War and Warzone’s season four updates ahead of its arrival this week.

Call of Duty: Black Ops Cold War and Warzone are about to begin an all-new season. While exciting on the surface, we could almost hear our hard drives and SSDs collectively groan when the trailer for season four dropped last week. The next season will usher in some exciting new features, but those features will come at a price.

That price takes the form of room on our PCs and consoles. Black Ops Cold War and Warzone are big and detailed games. Games that are constantly tweaked and added to. That means a lot of room is needed if you want to play them. The silver lining is Activision has revealed season four’s file sizes ahead of time meaning you can go about freeing up the room in preparation for the updates to arrive.

The season four file sizes for Black Ops Cold War and Warzone across all platforms can be found below.

It should also be noted PC players will need to make sure they have a lot more room when downloading the patch for the copying process. Black Ops Cold War’s campaign can be deselected to free up more space, as can some of the Warzone data packs you no longer use.

As for what you can expect from season four, Black Ops Cold War makes the switch today so you can potentially find out right now. Warzone will not begin its fourth season until Wednesday at which point a crashed satellite will appear in Verdansk. Well, that’s what the trailer suggests at least. There will also be new drop locations as well as motorbikes for the very first time.