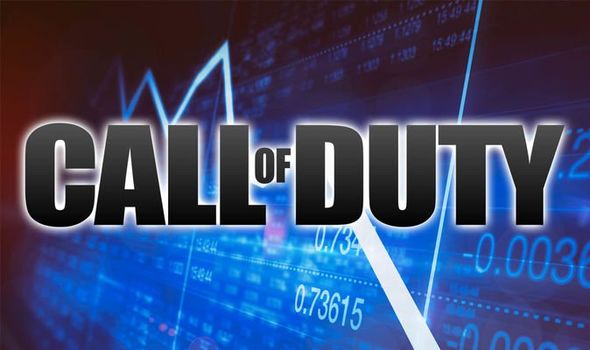 Call of Duty Black Ops 4 down reports are flooding in right now with COD players hit by server issues.

Down Detector has registered a huge spike in Call of Duty down and Black Ops 4 down reports today.

Out of those affected the vast majority (89 per cent) are experiencing Call of Duty Black Ops 4 server connection issues.

Others have been hit by Call of Duty login issues while Black Ops 4 error code messages have also been reported.

As the issues hit Call of Duty fans took to Twitter to report the Black Ops 4 server issues.

One fan tweeted: “Call of duty servers are down”.

Another posted: “bo4 servers down?”

One added: “@CallofDuty #BlackOps4 Servers down?”

And another wrote: “@CallofDuty servers down or something”.

The official Activision Support website has said that Call of Duty has been experiencing “connectivity” issues today.

The Activision Support website says on PS4 there’s been a Call of Duty Black Ops 4 outage.

While on the Xbox One there is limited service.

Under the Call of Duty PS4 status page Activision says that there has been a “connectivity drop” on Black Ops 4 and COD WWII. 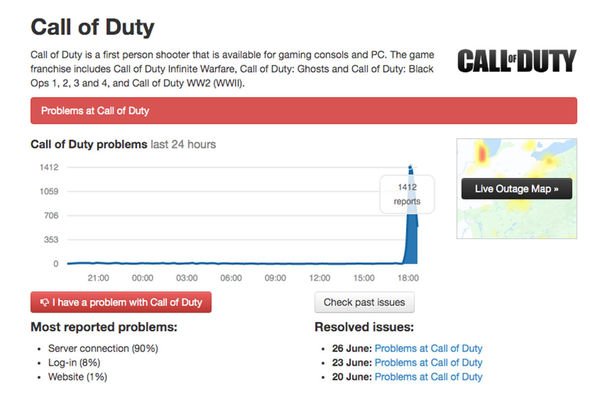 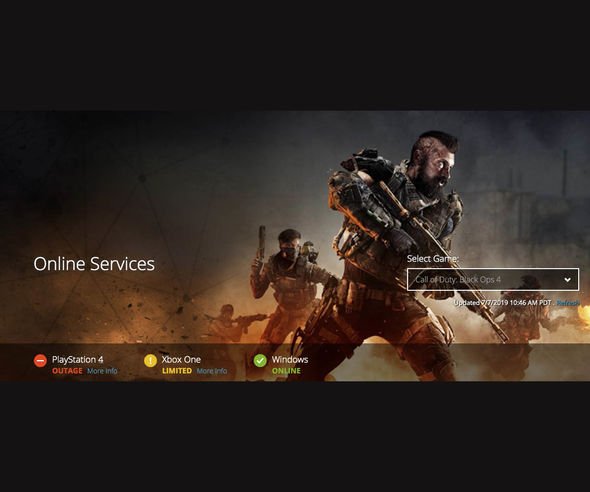 In the latest update the Activision Support team said: “This incident is still open, and we are working to restore online services as quickly as possible.”

Downdetector.com has registered a peak of over 1,400 Call of Duty down reports at the time of writing.

While Down Detector UK has seen a peak of over 400 Call of Duty down reports.

The Down Detector outage map also shows that the Call of Duty issues are mainly affecting users in the US, UK and Europe.