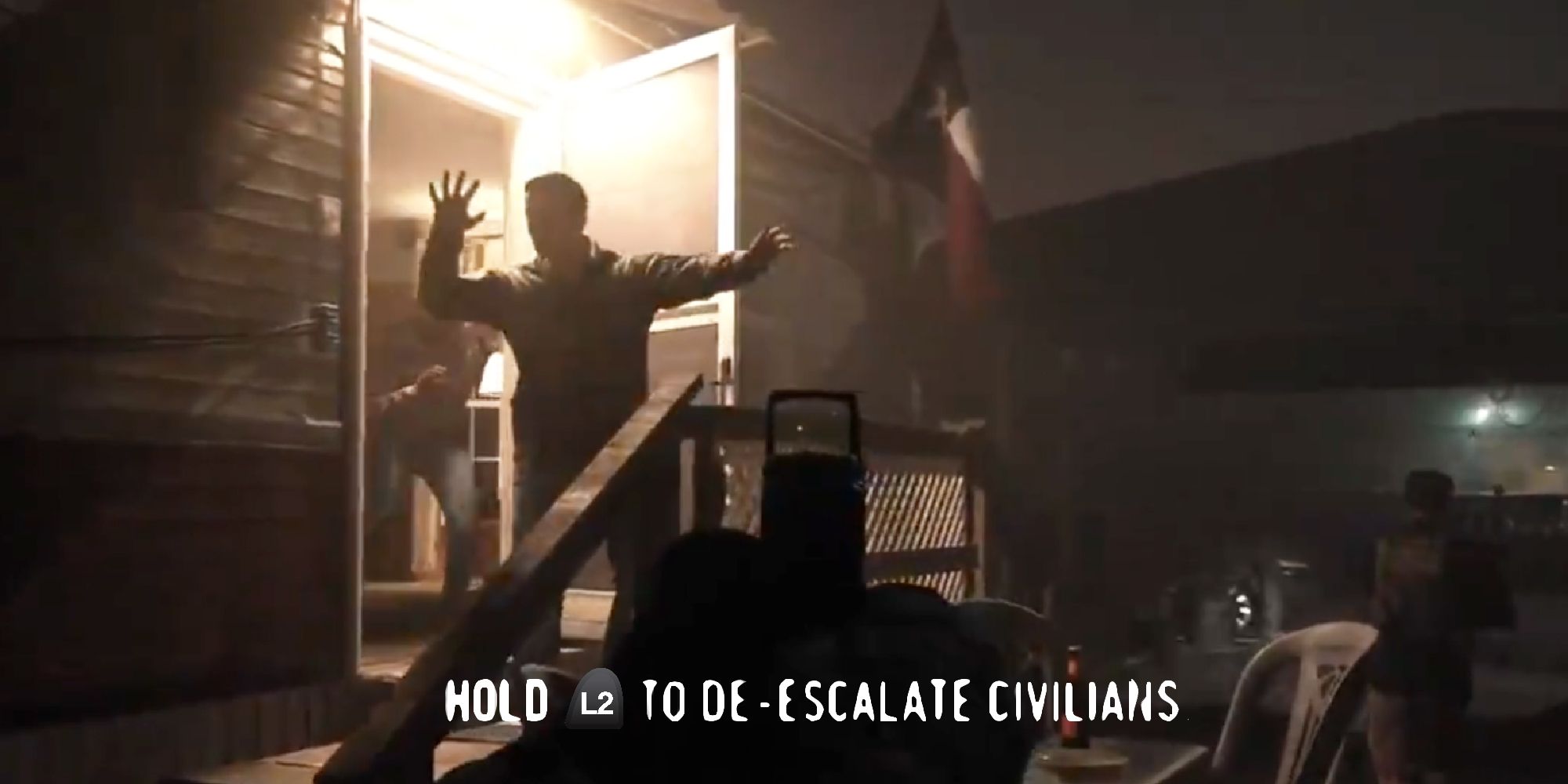 The latest Call of Duty, named Modern Warfare II to distinguish it from Modern Warfare 2 despite being the fifth Modern Warfare, is causing a considerable stir. I often struggle with writing about Call of Duty's political machinations – on the one hand, it is very clearly a military game that fetishises our every view of the troops, and as one of the biggest games on the planet is therefore effective propaganda. On the other hand, that feels a little obvious. It's far from the only game to glamorise war and to its credit, Call of Duty has repeatedly toyed with the idea of politics. It might all be a double and triple bluff, but for the most part it feels like the developers really do not care about politics on the world stage, they just use political events as the impetus for cool explosions. But Modern Warfare 2's campaign crosses the line in a major way.

Obviously all facets of war are political. Call of Duty has used Ronald Reagan, Fidel Castro, and other political figures in its games before, and replicates real battles – sometimes changing real details in order to make the Americans look like heroes. These are baldly political acts. But they're also banal. They feel no more political than a t-shirt with a six-packed Donald Trump riding a motorbike and flying the Stars and Stripes with an eagle overhead. Overtly political but with very little to say. It's all very USA HOO RAH FUCK YEAH and none of it is worth paying attention to. I respect critics who interrogate the political leanings of Call of Duty, but I struggle to see the point. It thinks war is cool and that's about it. I don't think there's any layered thinking here. It just enjoys when the army man does explosions. However, Modern Warfare 2 has the clearest example of manufacturing consent that I have ever seen in a piece of media.

In one level of Modern Warfare 2's campaign, you are in the middle of a tense situation when civilians shuffle out of their hut, frightened. A prompt comes on the screen telling you to press LT (or your equivalent) to de-escalate the situation. The result of this is to point your gun at them. When I first heard about this, I thought it was a joke. An exaggerated parody of what a Call of Duty game might do. But it's real. You do not offer aid to the citizens, attempt to calm them down, or direct them to safety and shelter, but instead meet fear with violence, stamping your boot down on the situation's neck. By aiming at defenceless and terrified citizens, the game rewards you. This, you are told, is the correct way to act. 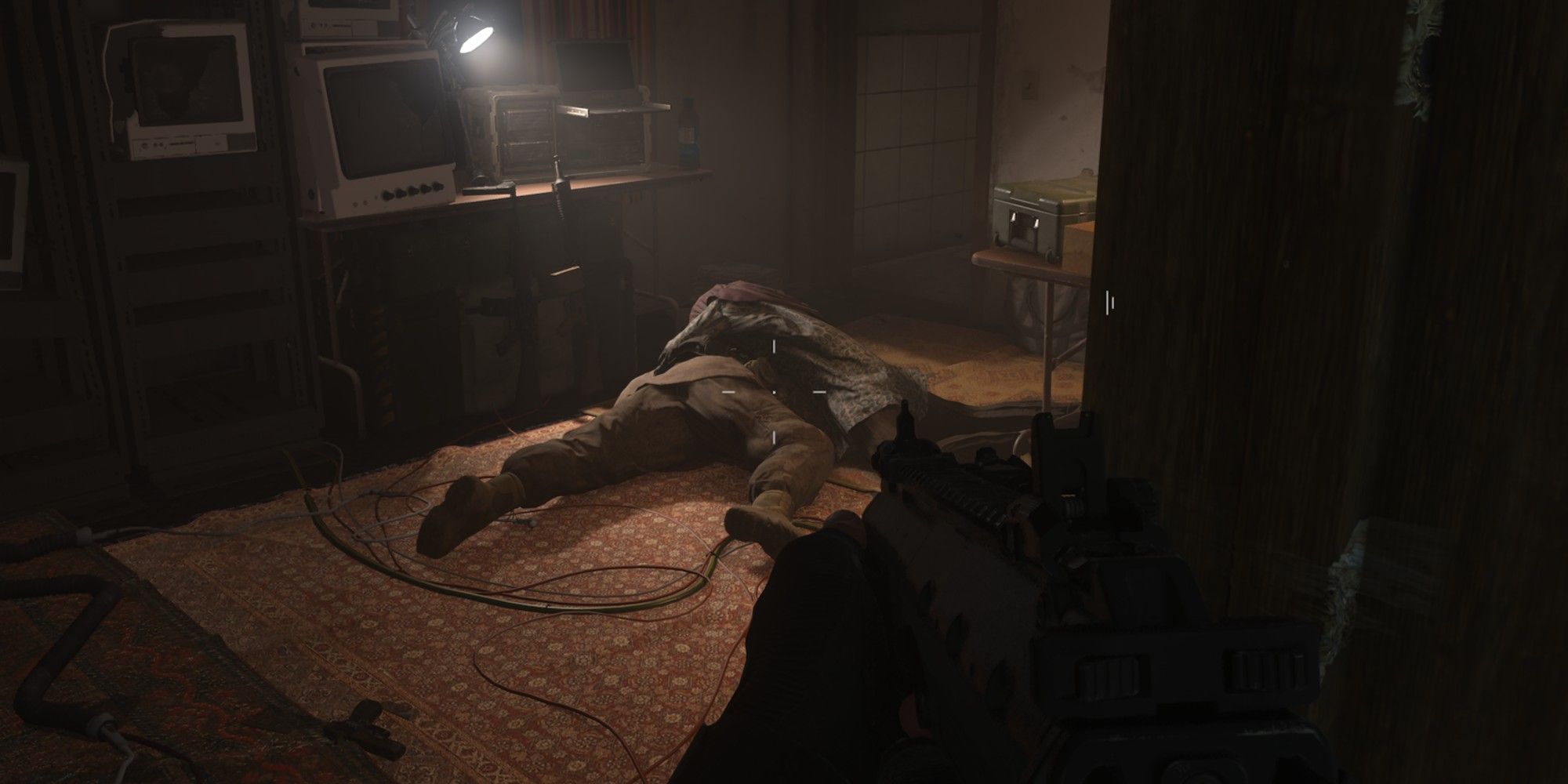 It underlines that unquestioned, fascist authority, the immediate threat of mortal violence, and an overriding sense of ‘might makes right’ is the correct and proper way to act when faced with those weaker than you. Killing other soldiers in Call of Duty is just what an army game is about. You can apply all schools of thought to whether we should gamify warfare in this way, but society has already decided the answer is 'yes'. Holding unarmed innocents at gunpoint is not usually part of the deal, and by labelling this as a way to 'de-escalate' the situation, it is attempting to set a new normal. Our consent is being manufactured in real time.

This incident is far worse than Call of Duty's bigger acts because of how insidious it is. There are a lot of awful things in war games. They train us to demonise foreigners, to see violence as the answer, to find solace in 'collateral damage' when innocents are killed. We see the impact of this in real life, whether it be a rise in hate crimes, a rush of impressionable teens running off to war to defend our (heavily fortified and at zero risk) soil from those dang Iraqis, or international press looking the other way when the West blows up schools that were near military targets. However, with these things Call of Duty is part of a much larger campaign to manufacture consent. 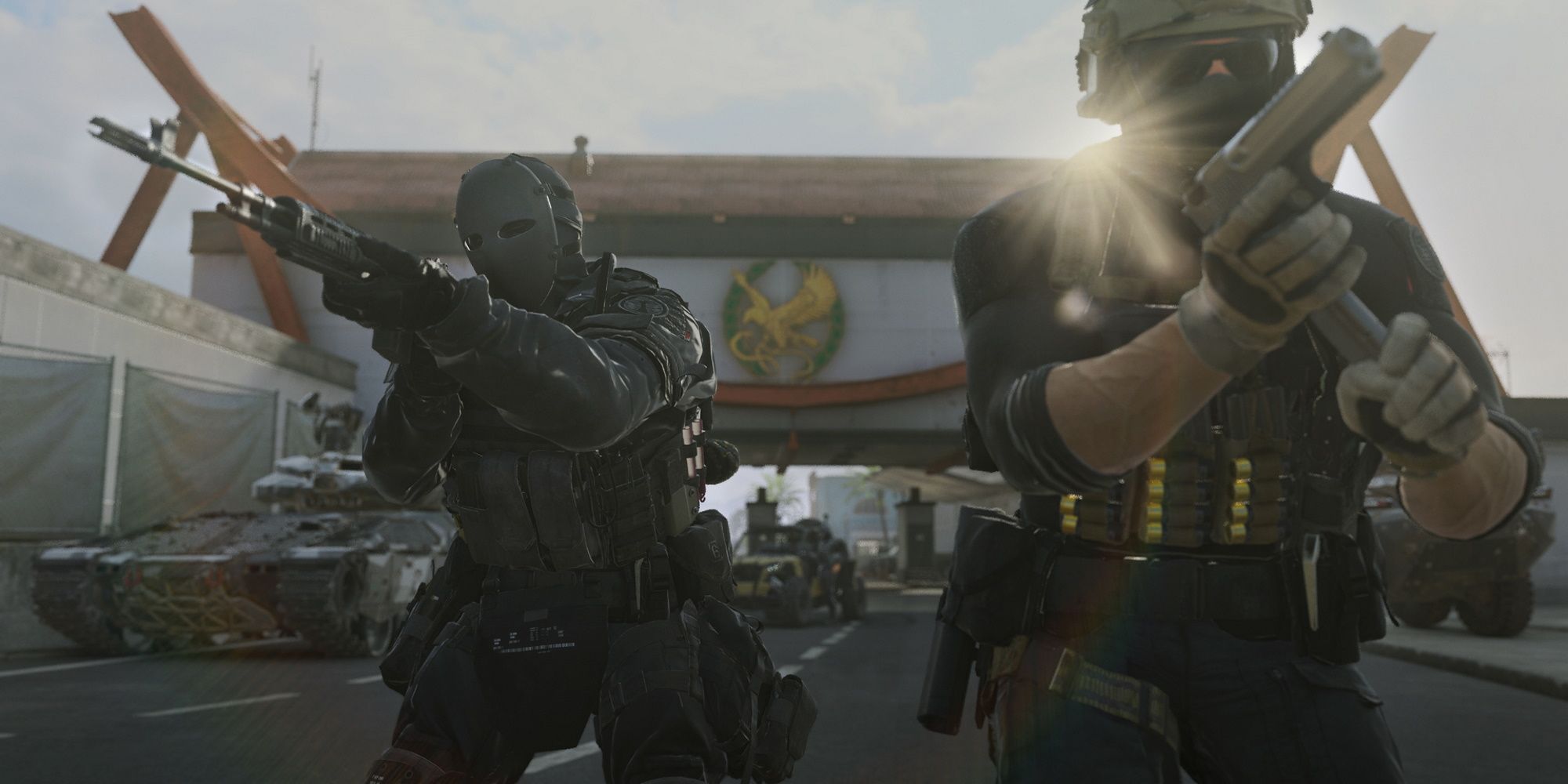 When Call of Duty sends us into war zones to run through Afghan villages in search of insurgents, it's only following decades worth of movies and television shows that have already glamorised every aspect of warfare. Even movies that seek to be more insightful by examining the cost of war tend to focus on the trauma of US troops sent to destroy the homes of Iraqi citizens rather than the Iraqi citizens themselves. Media has systematically trained us to centre ourselves in these narratives, however we feel about the conflicts. But Modern Warfare 2 takes this to such an intimate level that it reminds us how sickening it is to be playing war so readily.