Cupertino headquartered Celona, a company that provides a 5G LAN solution to integrate cellular wireless networks with IT infrastructures, today announced it has raised $60 million in a series C round of funding.

Enterprises across sectors have long struggled to embrace wireless technologies such as LTE in their business-critical applications. The reason has primarily been the lack of availability of spectrum for enterprises, but things changed when FCC opened up Citizens Broadband Radio Service – a band (band 48) of the radio frequency spectrum from 3550 MHz to 3650 MHz – for private enterprise use. It gave organizations access to an interference-free spectrum, which could bring the mobility and coverage of wireless networks within their premises.

Founded in 2019, Celona is driving the enterprise shift to wireless cellular networks with an end-to-end networking solution that leverages the CBRS spectrum and enables companies to deploy, operate and integrate LTE/5G cellular technology with their existing infrastructure. The offering comes on a SaaS subscription model, which covers everything, starting from the network planning software for indoor/outdoor coverage to hardware components and private sim cards for enterprise access control. 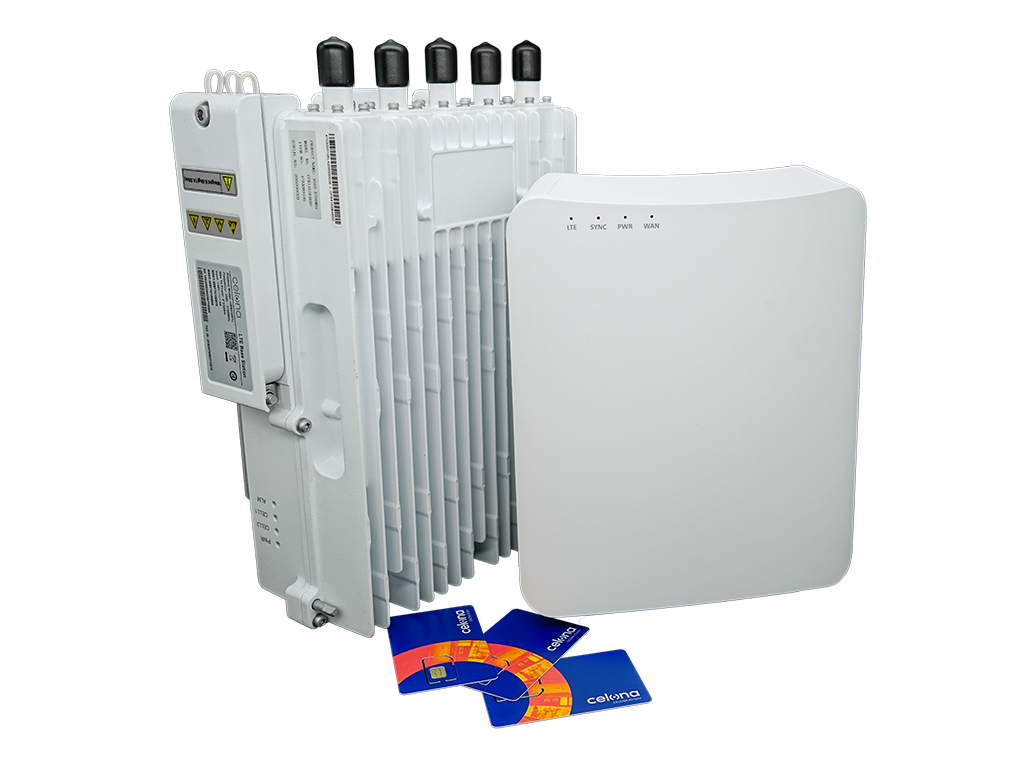 “Manufacturing and logistics are leading the pack, with everything from handheld tablets for inventory management to mobile robots sorting goods to automated guided vehicles at ports and other large outdoor spaces. In healthcare, the ability to guarantee reliable voice communications is another critical issue that can be solved by enabling a separate spectrum of connectivity for enterprise-owned/managed mobile devices with private cellular. Meanwhile, in education, private LTE/5G networks are ideal for bridging the digital divide to bring connectivity to underserved households,” Rajeev Shah, Celona’s co-founder and CEO, told VentureBeat.

While giant players such as AWS, Cisco, Nokia and Ericsson are also looking at private 5G solutions to accelerate the digital transformation journey for enterprises, Shah claims that their offering is the only one that speaks the language of IT.

“An IT team that manages a Wi-Fi network will be able to install and integrate Celona with their existing network infrastructure. The vast majority of private 5G solutions are carrier-grade equipment that’s being force-fit into an enterprise and it just doesn’t really click for IT. The technology from the Nokias and Ericssons of the world is not designed for an enterprise LAN – and it is deployed as a separate network to enterprise campus and branch networks. We call our system a 5G LAN because that is what is in our DNA. No one else in the market can make that claim. We have given enterprises cellular technology at the same economics as enterprise Wi-Fi – something that has never been done before,” he said.

“We’re experiencing far more demand than we can address, thus the funding round. A big part of this round is bringing on industry veteran Rob Mustarde, who led sales organizations at Ruckus Wireless and Versa Networks, among other leaders from the enterprise networking industry. He’s currently quadrupling the size of our sales team worldwide,” Shah said.

Along with sales and worldwide expansion, the latest round, which was led by DigitalBridge Ventures, will also go toward research and development. This will see the company focusing on three key areas: 5G radio technology to deliver the promise of wire-like reliability and performance over wireless; creating strong private-public network interfaces to create seamless experiences for users, cars and other devices; and automating the operations of these networks to make them accessible to a broader set of customers worldwide.

The investment takes the total capital raised by the company to over $100 million.