When you launch the app, you’ll be prompted to plug in headphones, but they’re not necessary for the experience. You’ll then be instructed to scan the floor of the room you’re in and then pinpoint an empty space. That will create a door that lets you literally step out of your reality and into Gambino’s universe, which is where things get really weird.

While Pharos is technically a game, there’s not much in the way of challenge. The basic concept is to find hidden glyphs on the walls and tap them to bring them to life. Gradually, your new world will fill up with dancing silhouettes and animals, which all coalesce to form a main hieroglyph that will unlock a portal to space. That’s when the music starts and the exploration begins. 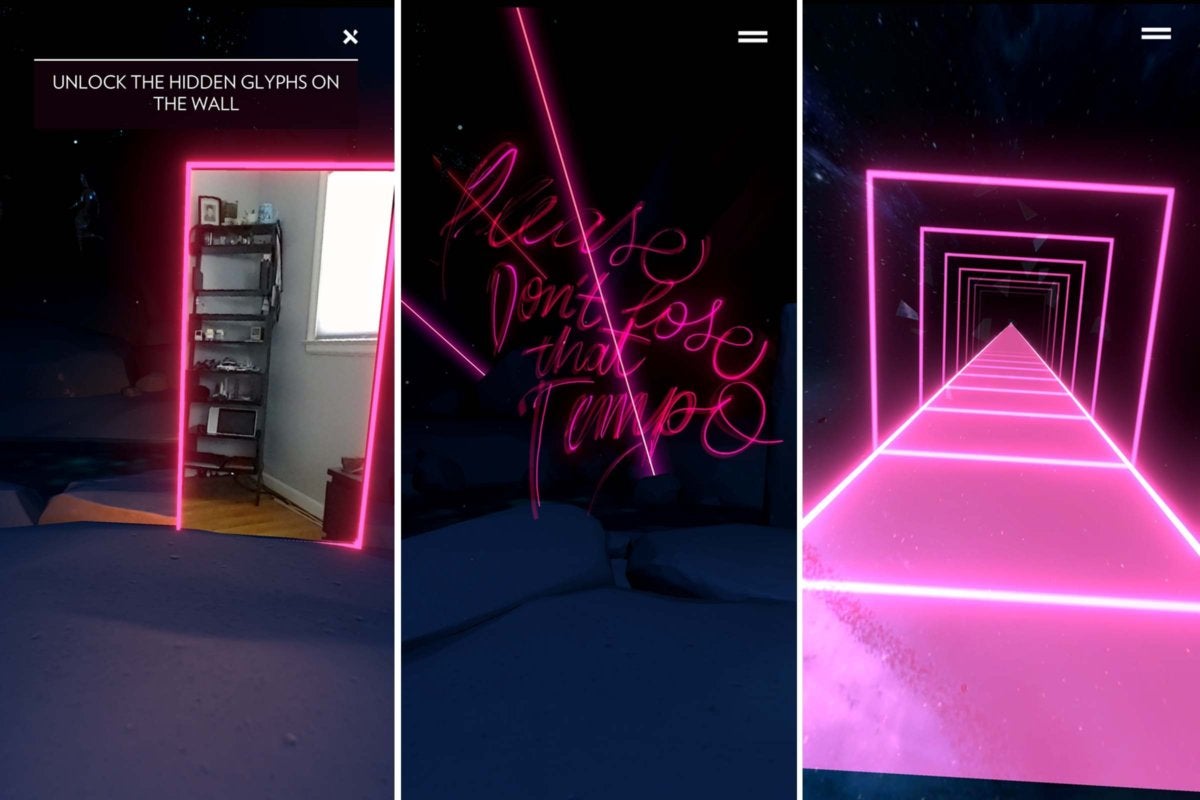 A portal to your reality lets you know it’s just a game.

Pharos AR can be enjoyed as a single- or multiplayer game, with the latter allowing several people in the same room to interact with each other and the various elements in the world. After you’re sent flying out of the space you’re in, you’ll have a whole new world to discover, with light beams, stars, and meteors, all flying around you.

Presumably, there are other worlds to visit, but that’s about as far as I got, mainly because Pharos AR is a major battery killer. I tested it on the Google Pixel 3 XL and the LG G8, and I lost more than a percent of battery per minute, with more than 20 percent drained after about 15 minutes of play. So you’ll definitely want to enter Childish Gambino’s world at your own risk.

The Pharos AR app is available for free in the Google Play Store and will be coming to iOS soon.