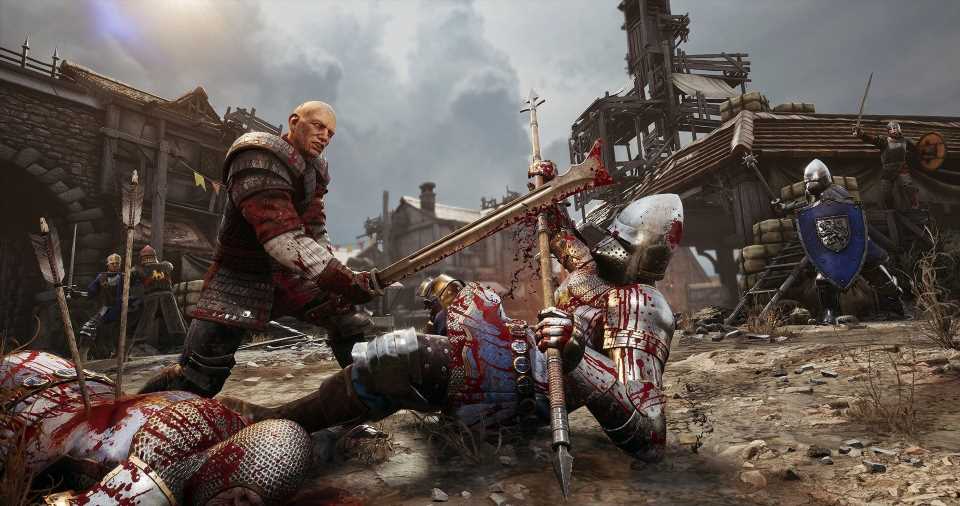 Developer Torn Banner has announced that the open beta for Chivalry 2 will start on May 27.

The massive 64-player medieval warfare game previously held a crossplay beta in April. It has been made to take advantage of the PS5’s hardware, delivering first-person melee combat in 4K at 60 FPS. It will also integrate the DualSense controller’s haptic feedback and feature raytracing. A cross-generational upgrade is also available for when you get your PS5.

Chivalry 2 has greatly improved upon the combat mechanics from the first game. Weapons feel weightier, resulting in hits feeling all the more satisfying. You’ll also have to pay attention to the angle of your attacks and the times when you’re faking an attack as well, because you could possibly give your opponent an opening if you make the wrong move. The 64 player limit is twice that of the original game, leading to twice the chaos on the battlefield.

The open beta will feature several game modes: The Slaughter of Coxwell is a team objective map, tasking players to burn down the village, breach the gate, steal the gold, and kill the soldiers. The Battle of Darkforest is another team objective map that sees the Agathian forces ambush the Mason army that’s on its way to kill the Duke of Fogbern Keep.

The final team objective map is The Siege of Rudhelm; Agathian forces begin a final assault upon a Mason stronghold defended by the Mason heir. The Battle of Wardenglade is a team deathmatch and free-for-all map where the armies of the Mason Order and Agathian Knights meet in an evenly matched open field of battle.

In our preview of the game, we said, “The new features that the sequel brings only improves upon the original that was released in 2012, with cross-play being a massive pull for a game that is best experienced with a group of friends. If my early preview of the game is anything to go by, Chivalry 2 will be another major success for developer Torn Banner Studios when the game launches later this summer. I have little doubt that Chivalry 2 will become my unquestionable go-to game.”