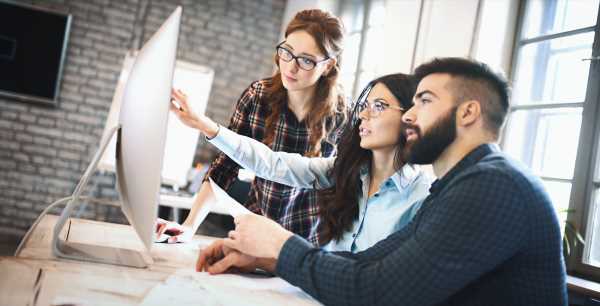 Robotic process automation (RPA) leader Automation Anywhere Inc. (AAI) has grown to become the top public cloud RPA platform with 54% market share according to IDC — more than all the other players combined. This seems to indicate that the company’s major cloud engineering push and marketing partnership with Google have paid off.

Cloud RPA is the fastest growing sector of the hot RPA market, and AAI’s recent cloud gains indicate the company has an edge against other RPA leaders, including UiPath and Blue Prism. These results also show that the company is poised to stay competitive even as Microsoft begins moving into the cloud RPA market.

However, the cloud market is still only a tiny sliver of the overall RPA market, and the other players have the resources to keep pace, IDC’s intelligent process automation lead Maureen Fleming told VentureBeat. RPA grew 37.1% to $1.7 billion in 2020. RPA cloud accounted for 3.3% share of the total market and increased 387.8%.

“AAI went all-in on cloud-native RPA architecture, with no easy path back for clients who were running Enterprise in their data centers and on worker desktops,” Fleming said. They focused heavily on making migration to their new architecture as straightforward as possible while sending a clear signal to customers that cloud architecture is the path forward.

As a result, new customers and new automations from existing customers adopted AAI’s cloud SaaS or a private version of Automation 360. IDC’s model that cited AAI’s share only looked at public cloud services adoption, but hosting RPA software on public cloud infrastructure also grew in 2020. “Its strong growth in cloud — along with the partnership with GCP [Google Cloud Platform] — are cases in point where the decision to rearchitect paid off,” Fleming said.

It is too early to tell the extent to which cloud RPA leadership will translate into the overall market leadership.

Both AAI and Blue Prism, whose offerings were aligned with the flexibility needed by enterprises to support work at home, saw impressive growth during the pandemic. UiPath also offers an RPA public cloud service (RPA SaaS) and is gradually shifting its platform technologies to become more cloud-native. However, architecturally they are not as portable as AAI, which can be deployed anywhere that runs Kubernetes. But UiPath does have the resources to offer RPA SaaS across clouds as it sees the opportunity.

All the RPA vendors are offering some version of RPA in the cloud. These capabilities run the gamut from simply making it easy to run RPA applications on virtual machines all the way to completely refactoring their RPA stack to run on a cloud-native architecture. AAI, for example, made a significant effort to refactor its RPA stack to run natively on the cloud.

Appian and IBM also have cloud-native RPA capabilities. Others are treating this as an evolution where the refactoring is done progressively. Fleming said this could make sense because it considers the need for backward compatibility. However, it can be expensive to maintain and move forward in the long run.

When characterizing market position, it is essential to consider how the different vendors recognize revenues. UiPath sells software subscriptions rather than SaaS, which translates to faster upfront growth. Most of the booking is recognized as revenue upfront if a customer purchases a software subscription and deploys it on public cloud infrastructure. As a result, a company like UiPath will show much higher growth by selling software subscriptions than it would selling public cloud services. In contrast, AAI’s approach recognizes SaaS revenue over the life of a booking, which softens growth in the early part of the booking cycle but strengthens the later stages of a booking relative to software recognition.

RPA sort of competes with low-code development at a meta level in lowering the cost of building automations. But it is also an extremely complicated topic. Fleming said, “No one should assume that low code is easy to learn and adopt by non-professional developers. In fact, the opposite is true.” Business users can employ a growing number of RPA features to build an automation, and some RPA products are readily usable by trained business users. But sophisticated automation capabilities often require trained professional developers.

That said, AAI re-engineered its studio to support line-of-business developers as well as professional developers. UiPath has a separate, narrower studio environment for line of business. Nintex RPA also has a business-friendly developer experience.

Improving the development UI of cloud-native RPA could play as big a role in RPA leadership as better cloud support. Fleming said, “It isn’t cloud that creates the designation of ‘usable by line of business’ but more the studio environment, training, examples, documentation, and methodologies implemented to support the acquisition of skills.”