Some Call of Duty: Warzone players focus on winning while others prefer high-kill games. Both are difficult to achieve due to the game’s various mechanics and unpredictability. Winning games requires players to take a more cautious approach and carefully choose where to position themselves. Scoring high-kill games are very different, as the aim is to wipe out as many squads as possible.

Less-experienced players struggle to win games with a high kill count, while pro players are able to achieve both. They often drop hot at Superstore to rack up lots of kills in the beginning. While newcomers typically have a hard time in Superstore, there are various tips and tricks to help you survive in this area of Verdansk.

10 Drop At The Right Spot 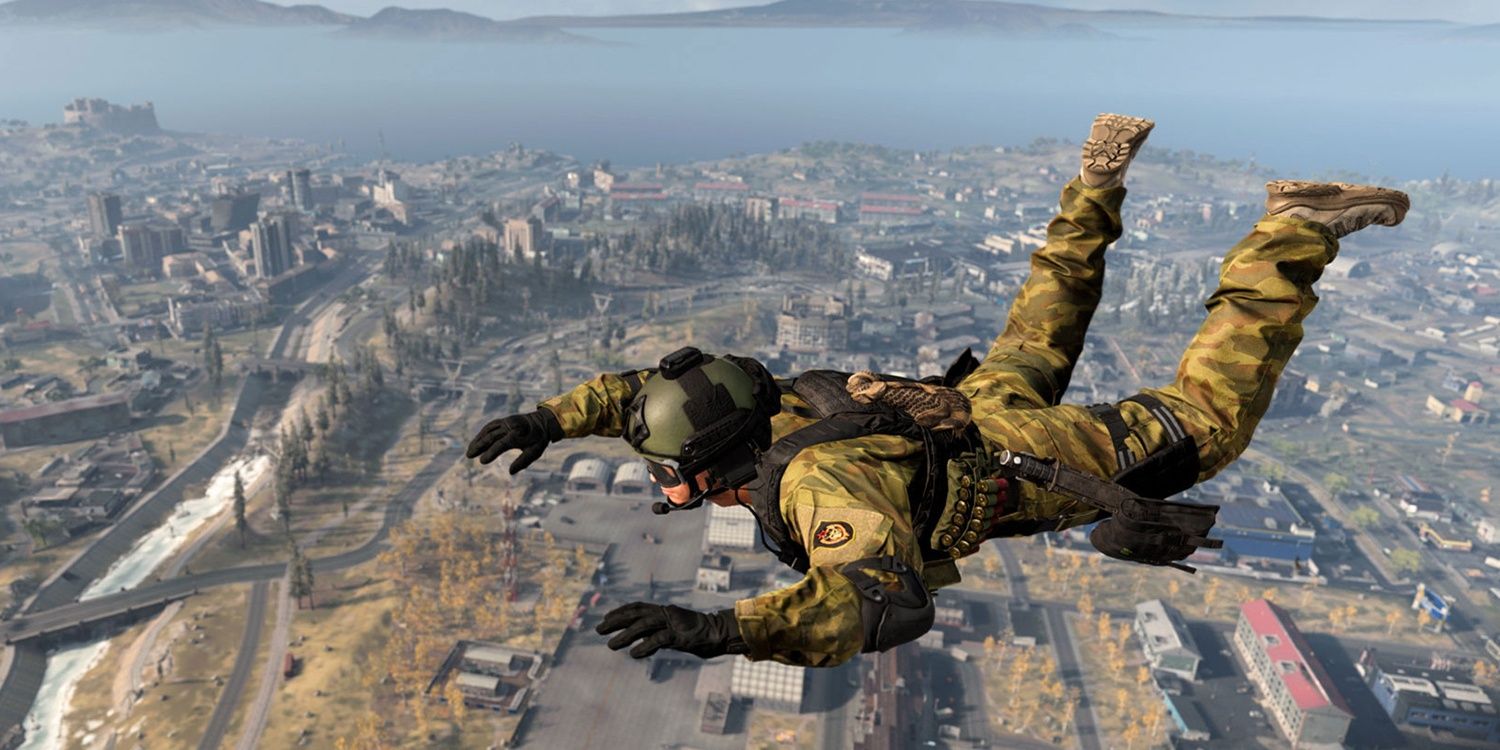 To drop hot and survive at Superstore, it is essential that you land at the best spot you possibly can. The optimal landing will vary per game, as it will depend on the initial flight path. As a general rule, you will want to drop directly at an entrance. These will often be contested but getting inside first will set you up nicely.

In some instances, it may be best to drop on the roof. This is particularly true if you are not the first squad to make it to Superstore. Positioning yourself on the roof will allow you to get a weapon and wait to see where the most action is. From there you can plan accordingly.

9 Get A Weapon Immediately 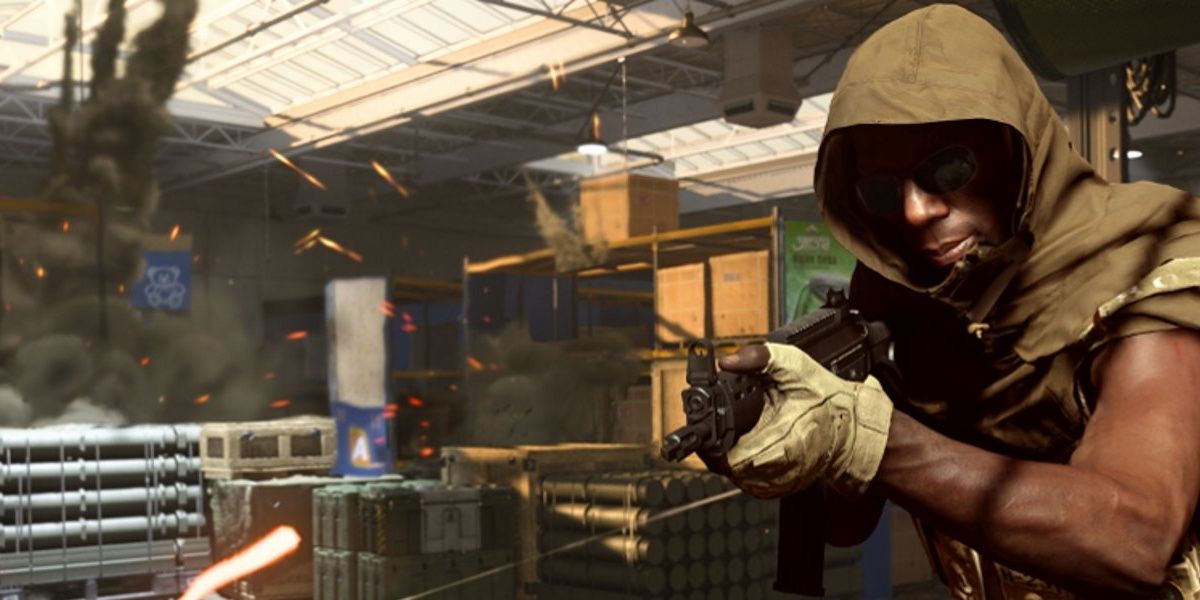 It is rare that you will survive dropping hot at Superstore without obtaining a weapon. It is possible to sneak around with a pistol, but you’ll find skirmishes much easier with a half-decent gun. Ideally, you should focus on getting a submachine gun because of Superstore’s CQB nature.

Fast reload times, rate of fire and ADS are all key to outgunning your opponents in Superstore. Some Assault Rifles, such as the Kilo 141, can also be effective. But in general, SMGs should be prioritized.

8 Stick With Your Squad 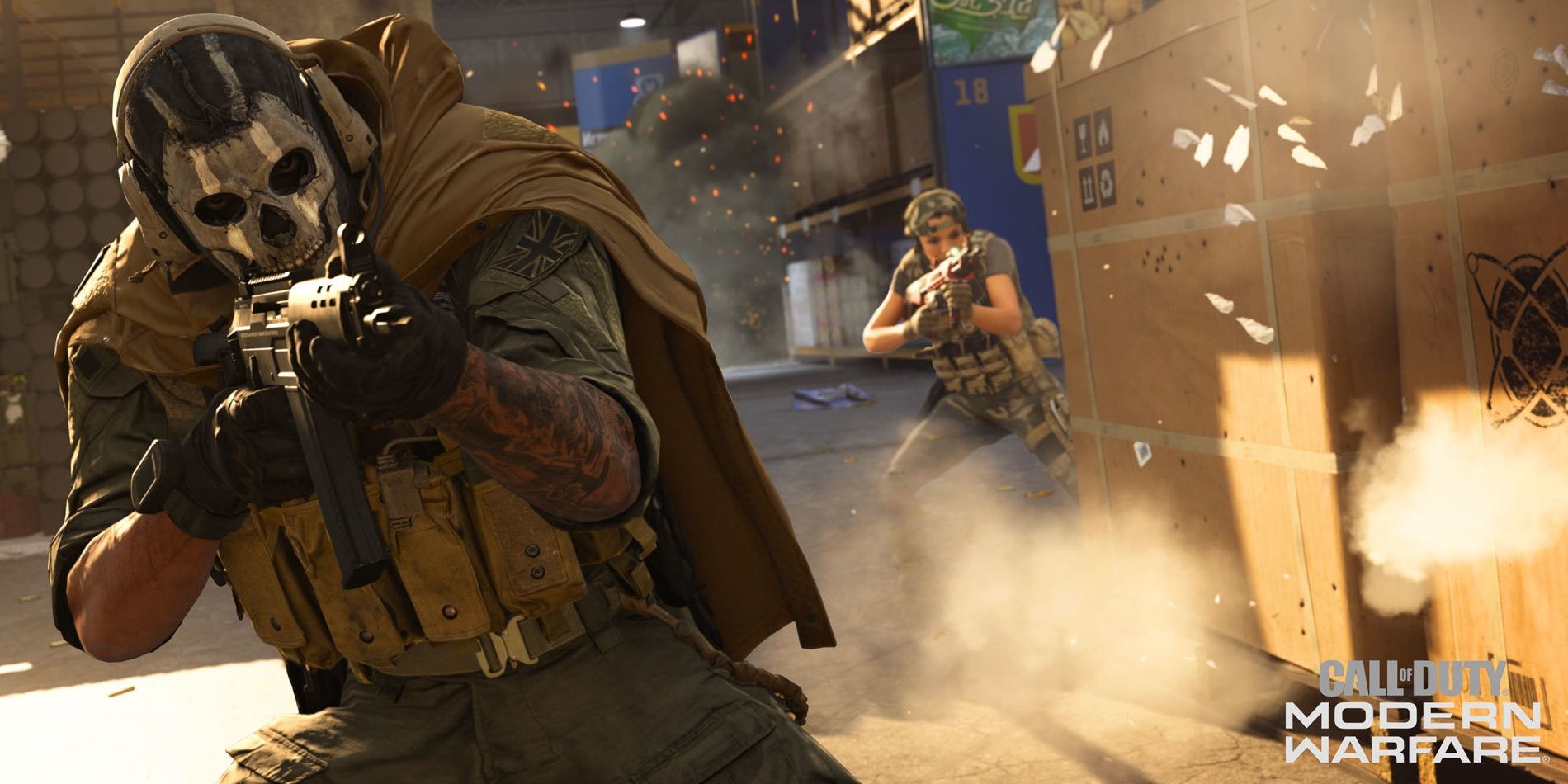 You should always stick with your team when playing Warzone. This applies across the entire map, but particularly so at Superstore. You may see pros ignoring this advice, but they are often superior to the average player and can handle multiple enemies at once.

Drop with your squad, enter Superstore with them, kill enemies with them, and then leave with them. Sticking to your comrades like glue will increase your chances of winning. This is key because, without backup, you could find yourself easily flanked by multiple foes. 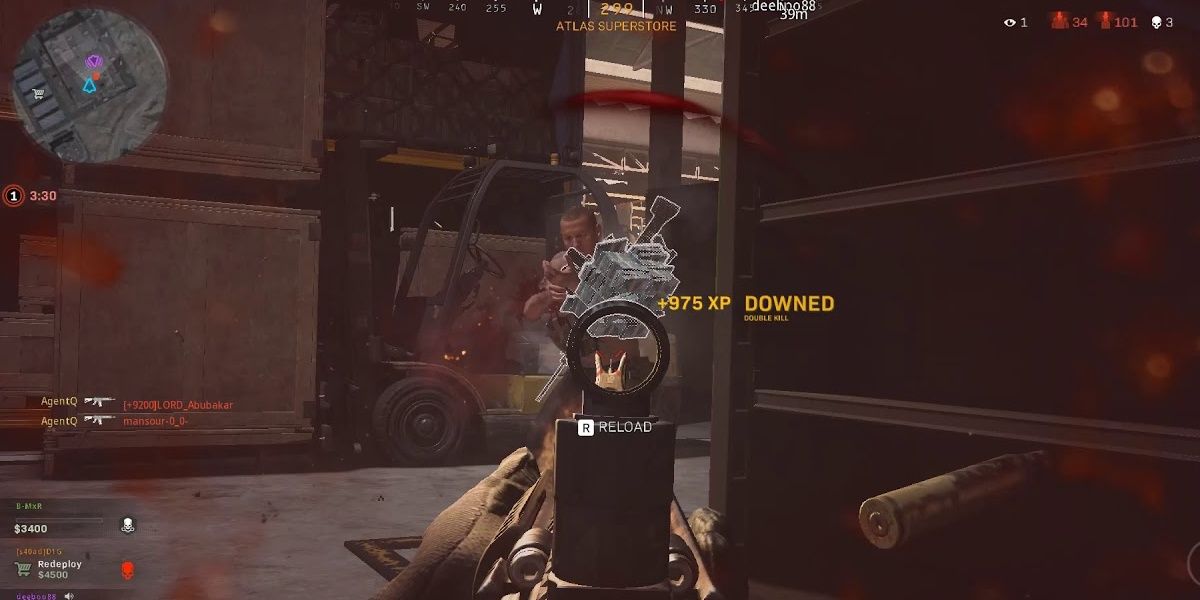 Communication is essential in any team-based game mode. Relaying key information between your squad vastly increases your odds of winning because they can prepare and react accordingly. In Superstore, fights happen in an instance. Due to this, there isn’t much time to alert your team. Thus, it is paramount you understand the need for communication.

Coming up with certain terms can greatly aid with this. If you have broken an enemy’s shields, shout ‘shield broke’ or something similar. This will help your team understand when they can attack, push forward, or retreat. Inexperienced players often forget the ping system, which is very useful for communicating with people who aren’t on the mic.

Most squads who drop at Superstore are communicating, and you should too.

6 Turn Your Volume Up Really Loud 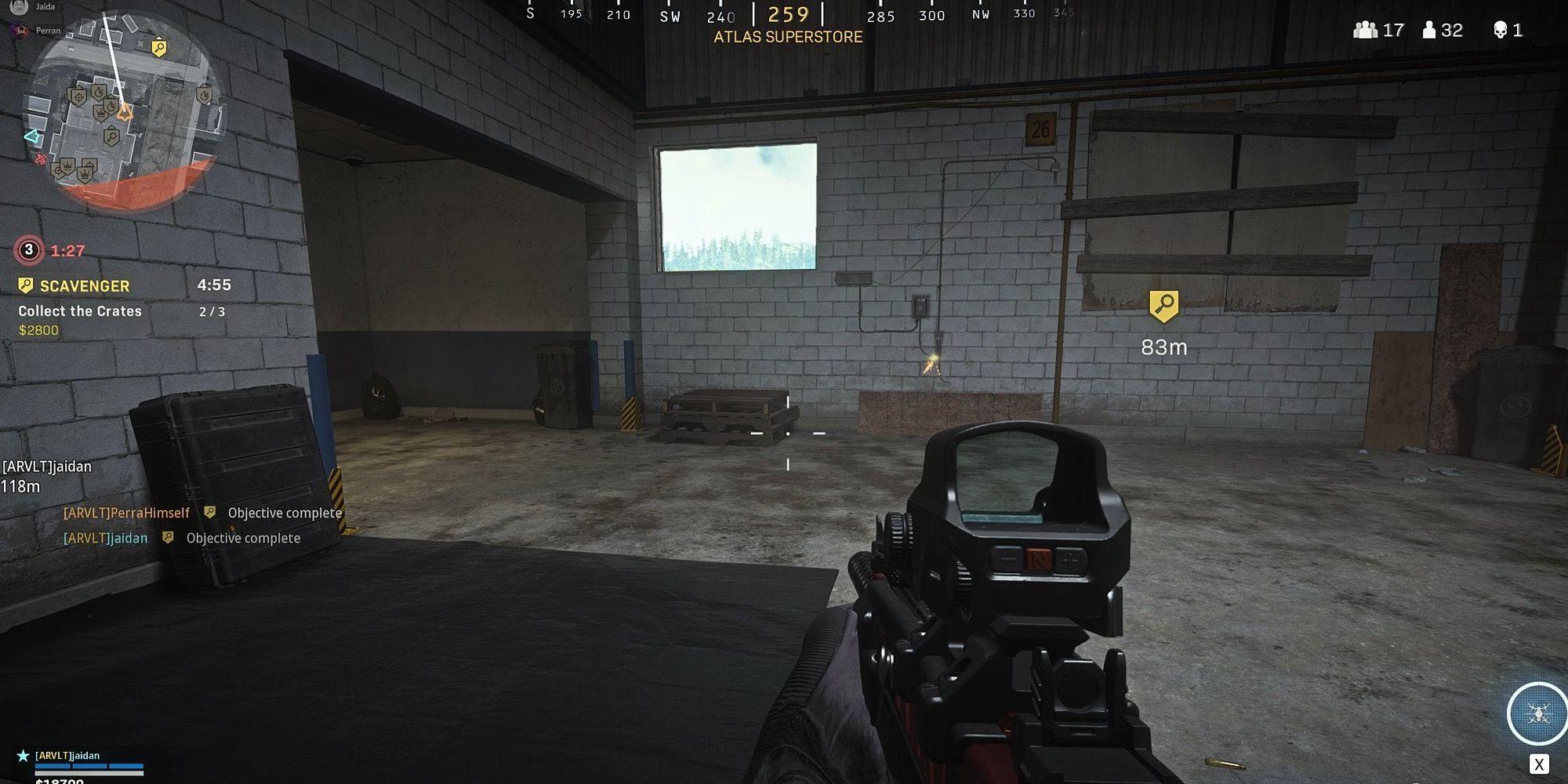 Many pros – and even some casuals – use special headsets that allow them to hear any noises in their vicinity clearly. Why? Because noise itself is information. Being able to gather a clear picture in Superstore will help you survive more often.

You don’t need an expensive headset, either. You can simply turn the volume of your TV or monitor up enough so that can you hear audio cues. Footsteps, in particular, can be heard clearly on louder volumes. Should you hear footsteps in front or behind you, then you already have an advantage because you know where your opponent is.

5 Choose The Right Area To Fight From 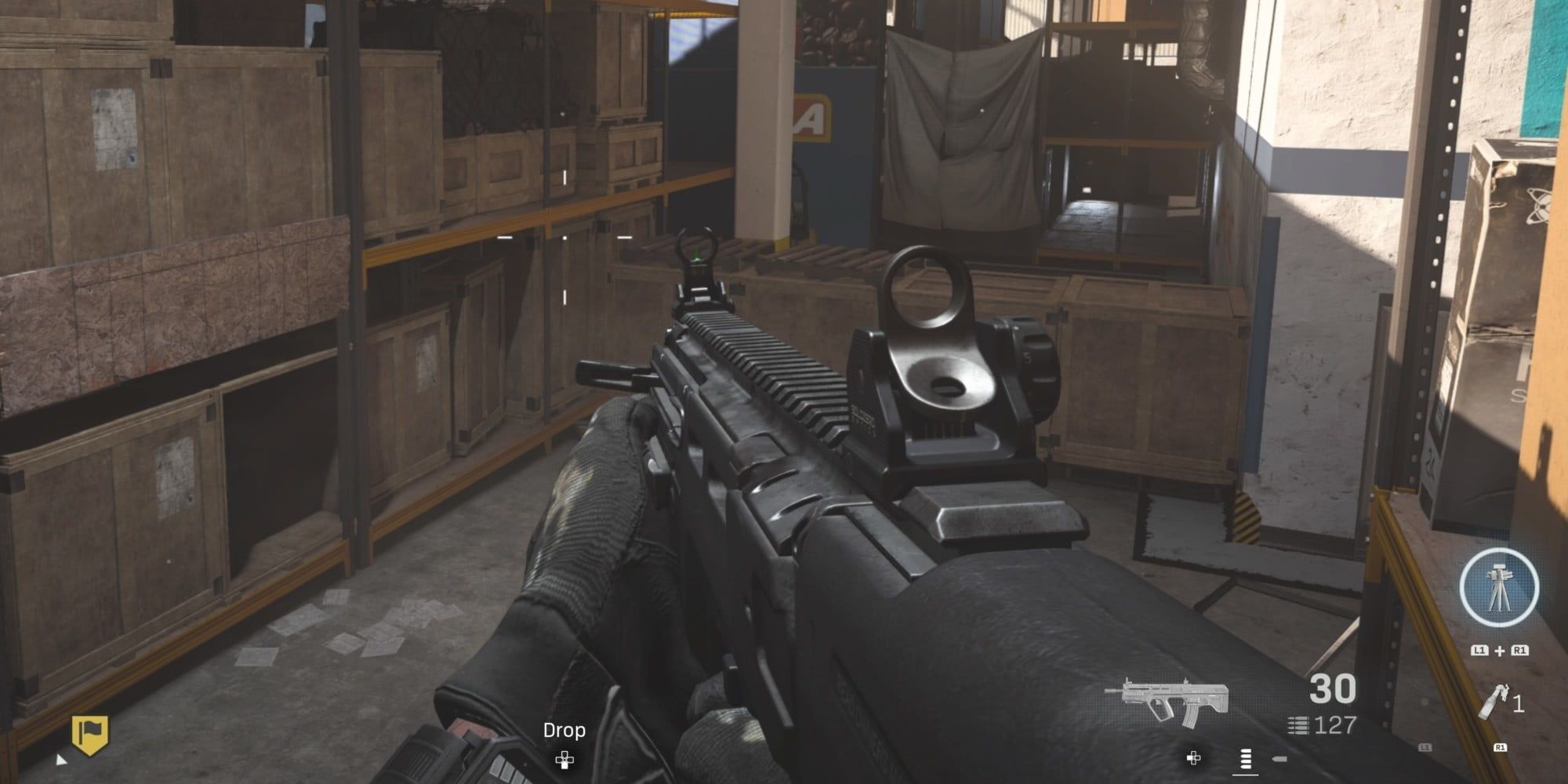 Positioning yourself is paramount to success in Superstore. There are many entrances that enemies can enter or exit from. Choosing the right spot for each engagement could decide whether you win or lose a fight. For example, there is an upstairs room in Superstore that can only be accessed from a single entrance outside.

It is an ideal place to retreat too, or even to jump enemies from. This is because it has a window that overlooks people on the inside looting. Should you spy some people busy grabbing loot, you could easily wipe them out from this spot before they’ve realized what is happening. Just remember, it is important to understand when to be aggressive and when to lay low in Warzone. 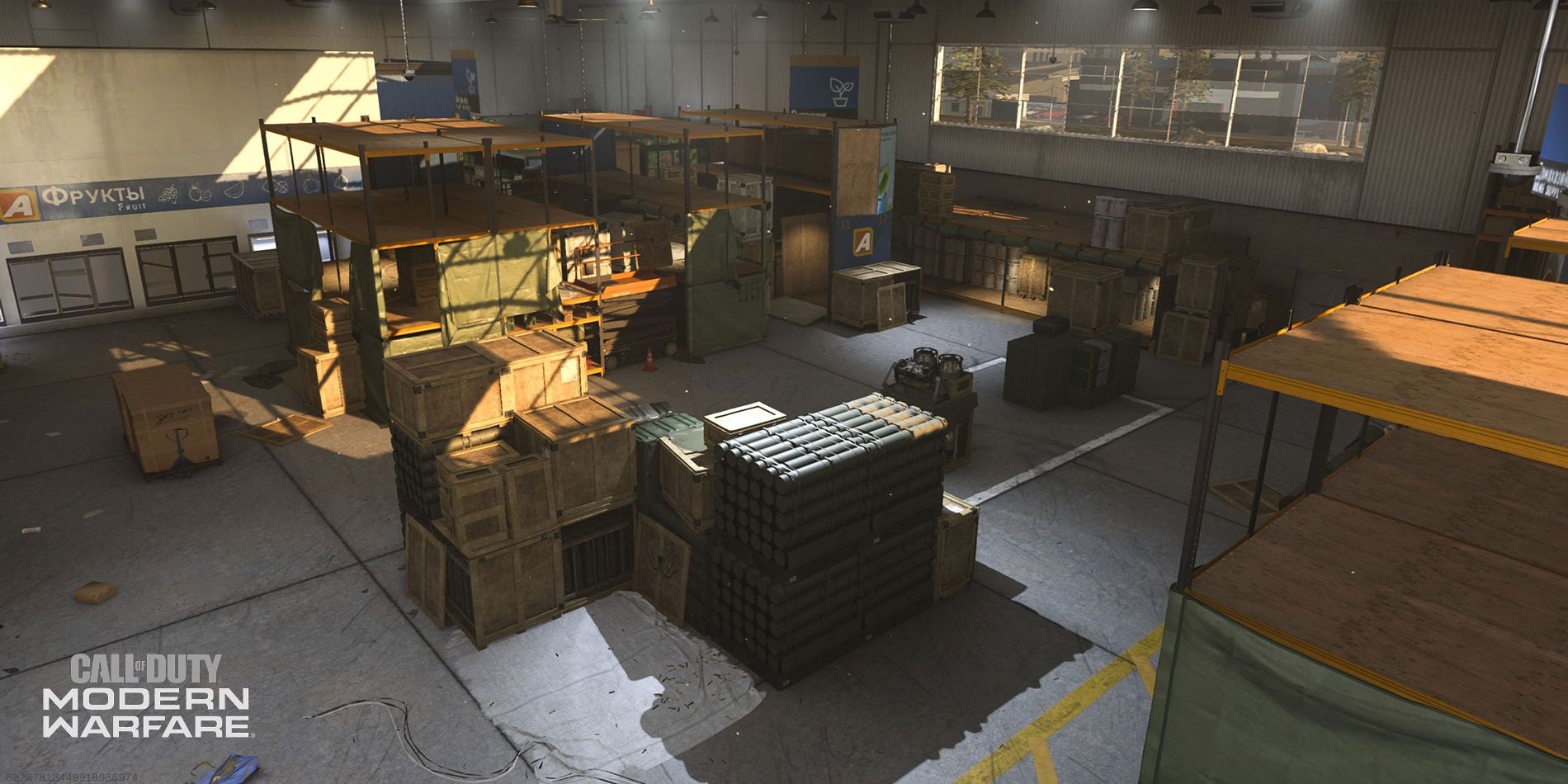 It is common to see players randomly drop explosives on the floor near notable locations. This can sometimes be indicative of a less-experienced player. However, those ‘random’ explosive placements can be more useful than you first realized.

Warzone is a game reliant on information. When an explosive detonates, the person who placed it is alerted. As such, dropping a Claymore or Proximity Mine behind a closed-door could help you out massively. If an enemy squad hastily enters Superstore and triggers an explosive, then you will know which door they have entered through. Thus, the advantage is now with you.

3 Use Your Tactical Equipment Wisely 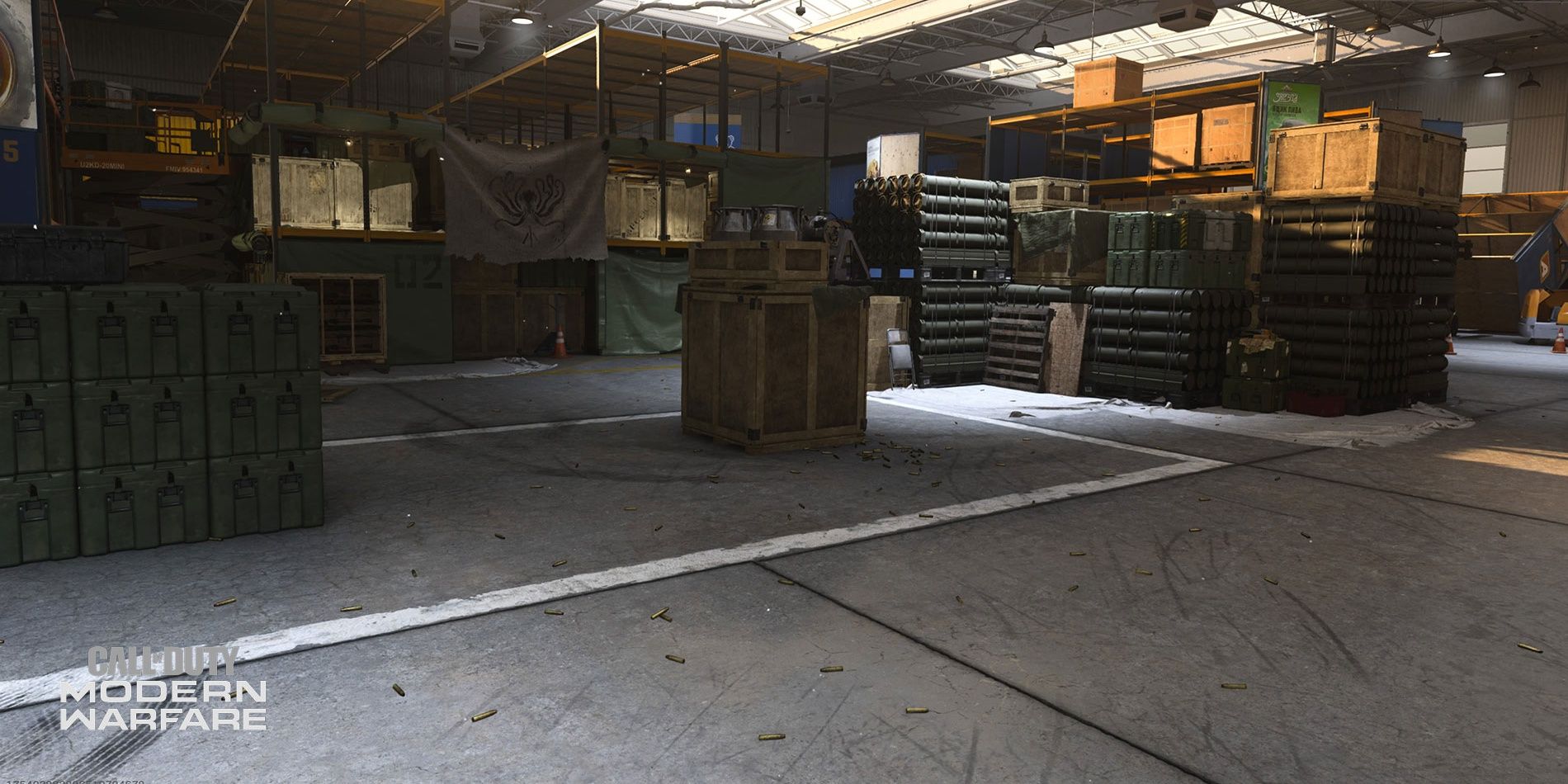 Tactical equipment can make all the difference when dropping hot at Superstore. A Heartbeat Sensor will allow you to track enemy movement and position yourself accordingly. A Smoke Grenade will enable you to push, retreat, or revive a teammate in high-pressure situations. A Flash or Stun grenade could likewise buy you all the time you need to attack or fall back.

In the unpredictable world of Superstore, tactical equipment should never be overlooked. 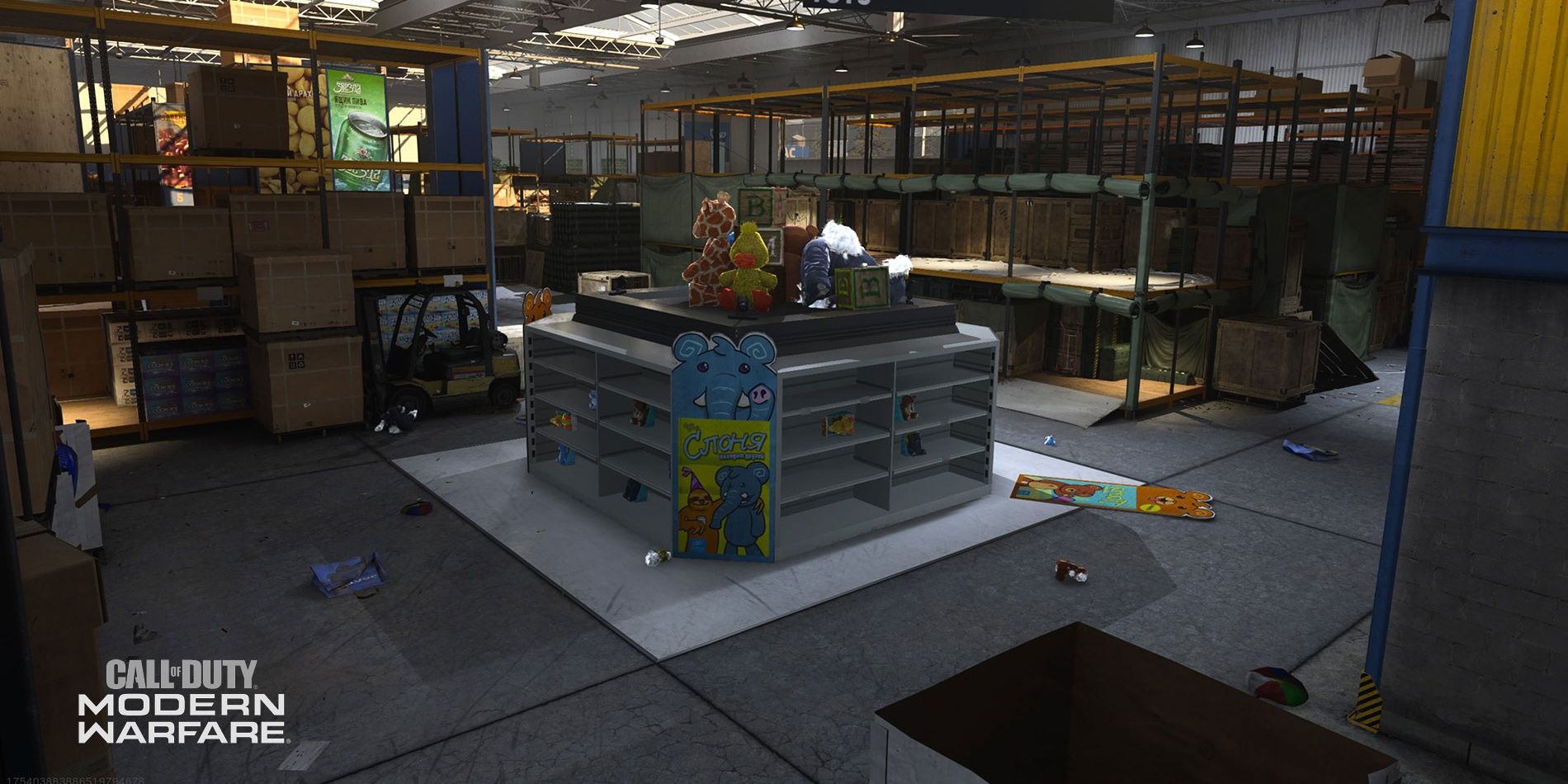 Superstore is notorious for its unforgiving angles. It features many tight corners and restricted pathways that are difficult to navigate effectively. From your end, you could have barely popped your head around a corner. But, from your opponent’s end, you may have been more exposed than you’d thought.

As such, when dropping at Superstore you should always be mindful of where you are moving. Make sure that if you get caught out, you have enough time and cover to move backward. Most importantly, remember the angles are just as unforgiving for your enemies. If you peek from behind cover and spot someone out in the open, then your odds for winning the gunfight are pretty strong. Just be cautious of angles that could compromise you. 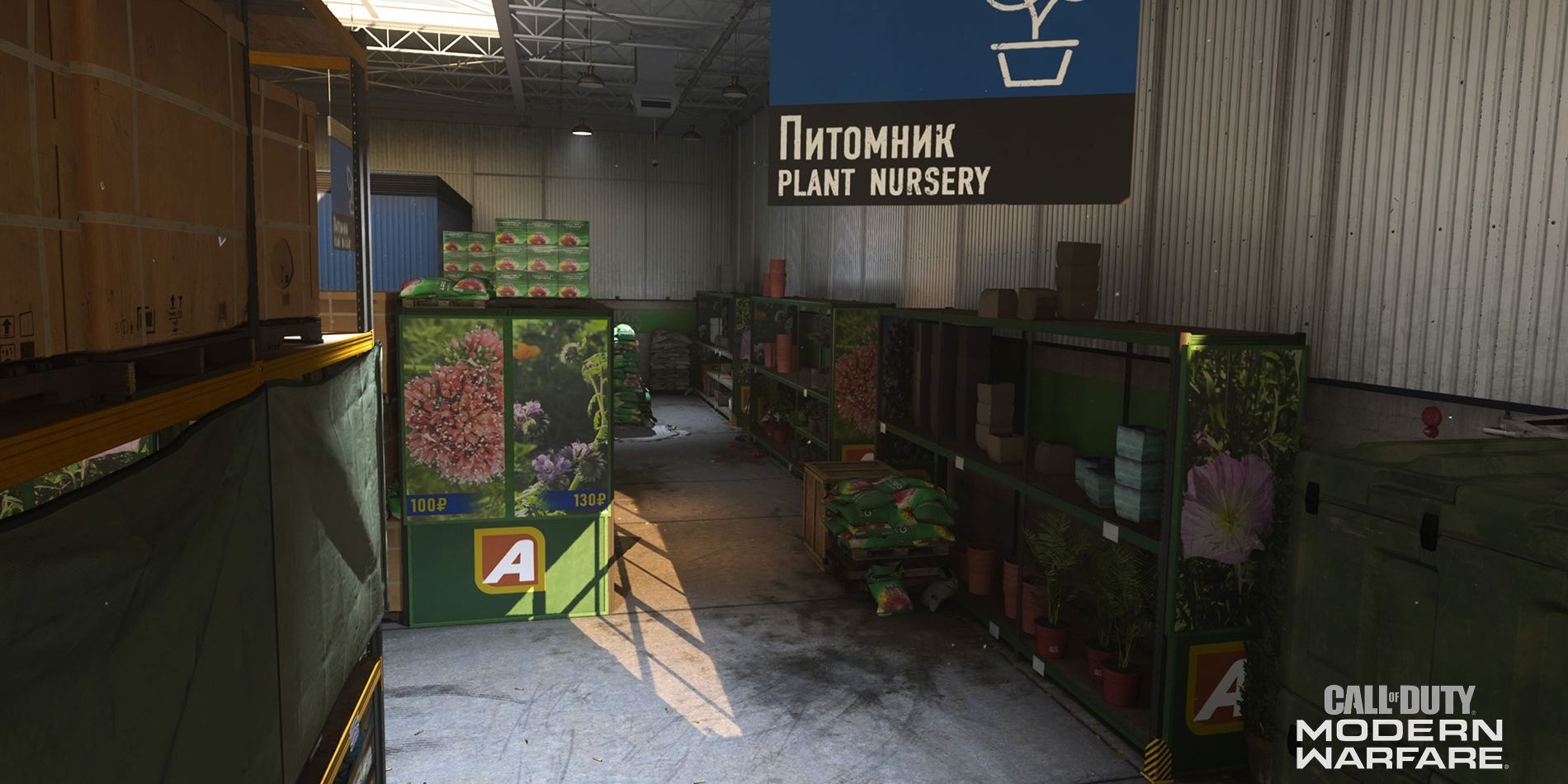 Less-experienced players make a very, very common mistake. They don’t rotate between covers. This is highly detrimental in almost any skirmish and even more so in Superstore. Given the numerous ways of navigating and repositioning yourself in the hot spot, shooting from behind the same cover twice is an emphatic mistake.

If an experienced enemy sees you peek from the same place twice, they will attempt to catch you out by rotating to a new spot. You should always rotate between different obstacles for cover. This will allow you to catch people out as they won’t know where to expect you to appear.

NEXT: Warzone: 10 Pro-Tips For The Final Circle 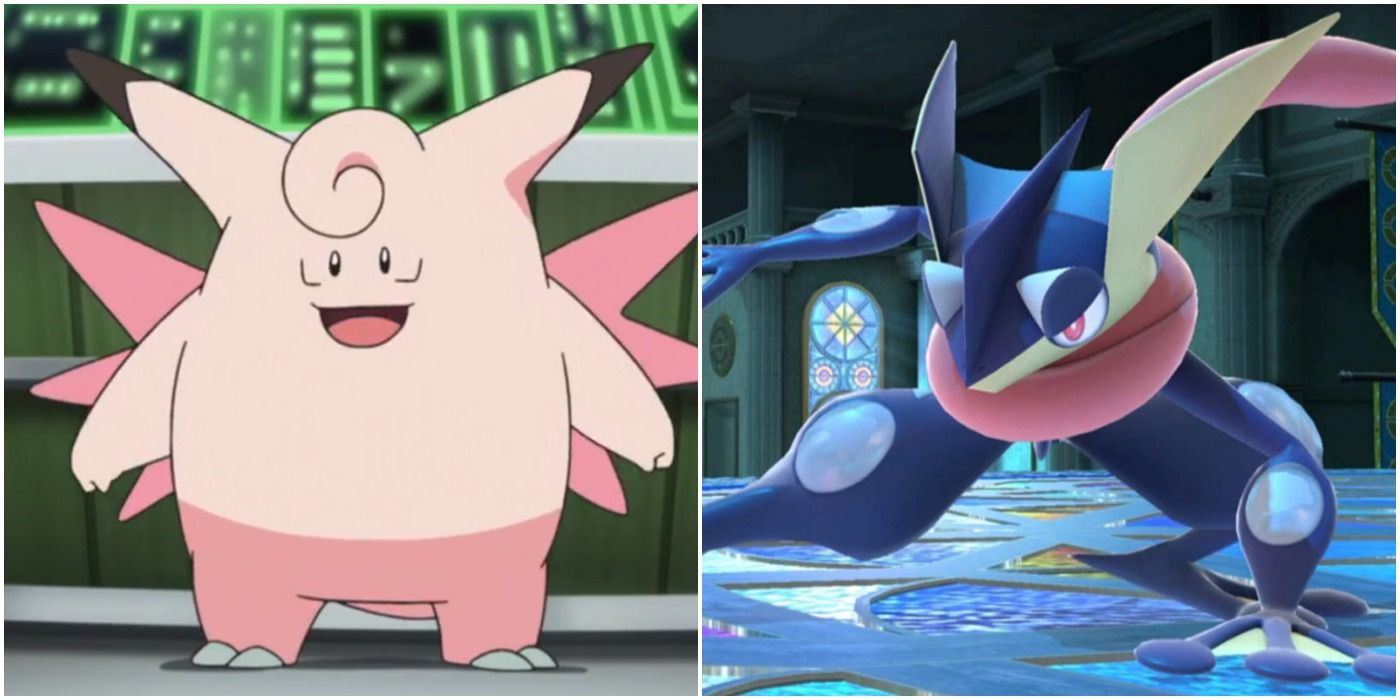 Jordan Heal is a list writer for The Gamer based in the UK. He is an avid gamer and an enthusiastic writer who has written about the industry extensively in the past, while also spending some time in and around cryptocurrency. When Jordan is not busy writing about the titles he loves, he can probably be found in his bedroom screaming after dying over and over again in games like Dark Souls and Nioh.