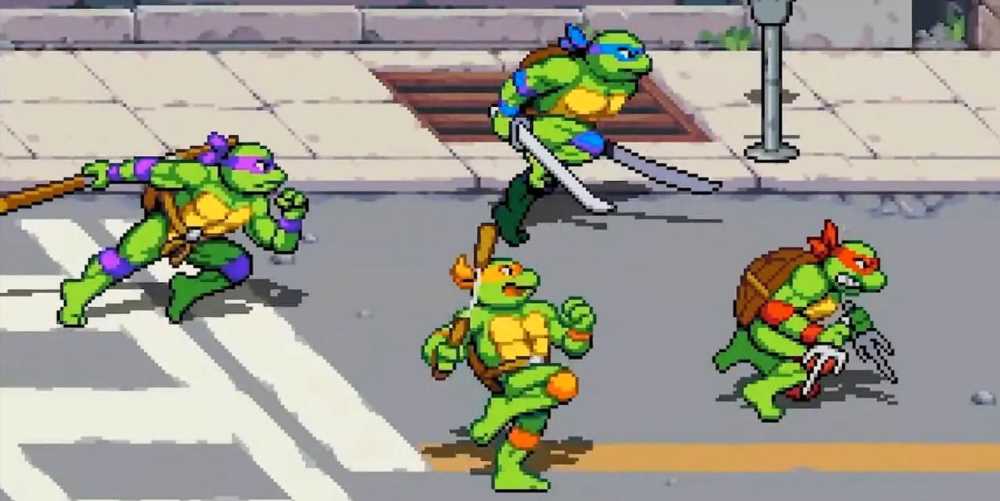 Teenage Mutant Ninja Turtles: Shredder's Revenge launched last week, and the reactions to the throwback game have been overwhelmingly great. Solid review scores, available on Game Pass, and a huge emphasis on co-op with as many as six people able to play together at the same time. Hold your horses if you're reading this and planning on playing with people on different consoles though. There's bad news on that front.

It has been a little unclear during TMNT's first week whether players on different platforms would be able to play together. Developer Tribute Games has now stepped in to clear that up. As confirmed on Reddit (and reported by Pure Xbox) no, TMNT does not support cross-play. "Currently, cross-play will only be supported between PC (Steam and Windows Store) and Xbox,” an email from Tribute to the OP reads.

The good news here is that if you and your friends are playing TMNT on Xbox and PC, you're all good. The other silver lining is Tribute also wanted to make it clear that further cross-play capability isn't out of the realm of possibility in the future. “It's not out of the question that we will open this up at a later date but for now there is no cross-play between consoles,” the rest of the email reads.

Cross-play has been a sticking point in gaming for years but is one where the chains have finally started to come off in recent history. A time when two friends playing the same game together, one on a PlayStation and one on an Xbox, was merely a pipedream has been left in the past. EA has even started testing cross-play in FIFA. It's not a blanket feature across the entire industry just yet however, even though PlayStation appears to have left whatever hang-ups it had with the concept in the past

While you might not be able to play Shredder's Revenge with all of your friends together for the time being, you can celebrate the launch of the new game in GTA Online. It isn't an official crossover, but one inventive player showed off their collection of armored cars, each of which has been painted to look like a different Ninja Turtle.