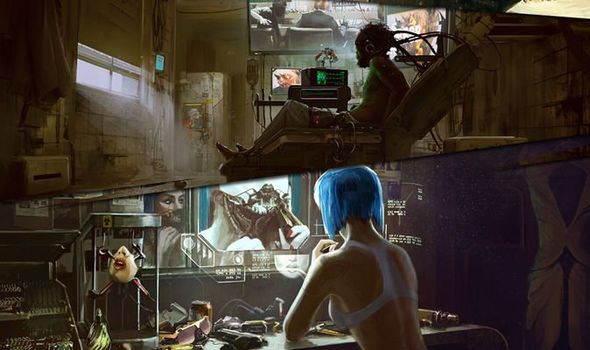 While we don’t know exactly how the Cyberpunk 2077 launch will go, it seems likely that there will be a fair few weeks of regular updates.

These will be needed to polish up the overall experience and remove any bugs that make it into the final product.

We also know that there will be free DLC released for the game across all platforms, so you can imagine a few patches and downloads will be needed.

From what has been shared so far, Cyberpunk 2077 is going to need a decent amount of disc space, and this may grow depending on how meaty those post-launch update are going to be.

This is all pretty standard stuff when it comes to AAA games launch, and most gamers will be excited to find out what each new update does.

But for those want to skip the update cycle, there will be a few options available on release day.

According to the latest informatio shared by CD Projekt RED, Cyberpunk 2077 will be available to play on Google Stadia in November.

This means that if you’re really looking to avoid those big downloads, you can do it by simply streaming the game over the internet.

Google Stadia has been available for nearly a year and hasn’t made the splash some were expecting.

However, having Cyberpunk available on launch day could provide a boost for the service, which is looking to take on the likes of Sony, Microsoft and Valve.

Projekt RED announced that the Stadia version of the studio’s upcoming open world role-playing game, Cyberpunk 2077, will launch on November 19th, 2020. The title is now available for pre-order via the Stadia Store.

A message from Projekt RED adds: “Everyone who buys the game via the Stadia Store will receive a set of Cyberpunk 2077-themed digital goodies.

“These include the game’s original score, art booklet, the original Cyberpunk 2020 sourcebook and Cyberpunk 2077: Your Voice comic book, as well as a set of wallpapers for desktop and mobile. “

This will make it possible for gamers to jump straight into the game without needing to download it, or install it via a disc.

For those wanting to know the full launch schedule, Cyberpunk 2077 will release November 19th, 2020, for Xbox One, PC, PlayStation 4 and Stadia.

The game will also be playable on Xbox Series X and PlayStation 5 consoles when available. At a later date, a free upgrade to Cyberpunk 2077, taking full advantage of next-gen hardware, will become available for owners of the Xbox One and PlayStation 4 versions respectively.

“Huge in scale and scope, Cyberpunk 2077 is our most ambitious game to date. It’s humbling to see just how many people are looking forward to playing it, and we want to make it possible for as many gamers as possible come November 19th, when the game launches.

“The Stadia version will allow players to jump into Night City just seconds after the game unlocks for play worldwide without any downloads needed,” said Michał Nowakowski, SVP of Business Development, CD PROJEKT.