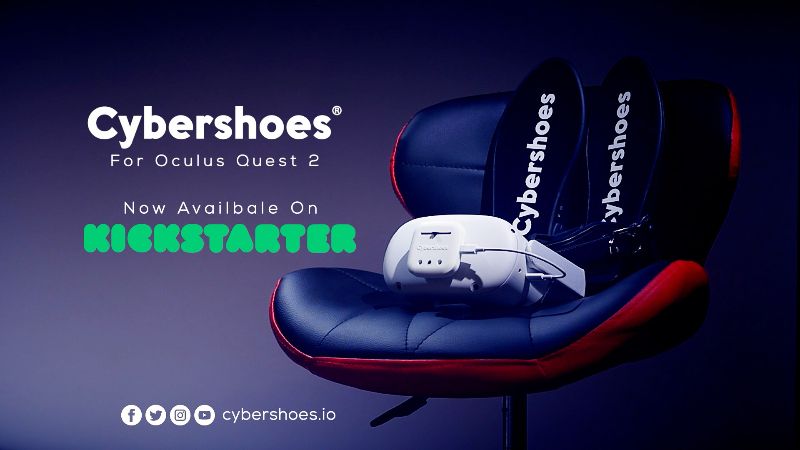 Starting a Kickstarter crowd-funding campaign over the festive period may not sound like a wise idea but Cybershoes is proof it can definitely work. Launched in November, the Cybershoes for Oculus Quest campaign ended last week, tripling its funding goal in the process.

During its six week campaign, Cybershoes managed to raise $98,420 USD from 470 backers, a not inconsiderable sum for a walking peripheral designed for use with the Oculus Quest standalone headset. Towards the end, Cybershoes released updates that confirmed Arizona Sunshine would be given away to those purchasing complete Cybershoes packs as well as revealing titles like Myst and Journey of the Gods are compatible.

Originally, the shipping was estimated to begin in April 2021 but the team have managed to bring this date forward – for North American customers at least – announcing that next week 400 Cybershoes will begin their journey, loaded into two shipping containers.

Having been available for a couple of years now for PC VR headsets, Cybershoes aims to fill the space between controller-based locomotion – which can be uncomfortable for some – and the larger, more expensive omni-directional treadmills. Keeping users seated, the Cybershoes attach directly over your own shoes, connect via Bluetooth and then essentially allow users to ‘walk’ in VR with no discomfort.

While the full Cybershoes for Oculus Quest kit will retail for $399, Kickstarter backers could save a minimum of $100 off that price. Those that already have Cybershoes for PC VR simply need the CyQuest receiver to make their shoes Quest compatible.

There has been a bit of bad news when it comes to legacy games and Oculus Touch. “We’ve encountered limitations that are holding us back from emulating the touch controller. It looked very promising since we’ve started this endeavor but as of December 23rd we’ve identified new problems. Unless we can register as openXR driver, ideally in cooperation with Oculus/Facebook it would only work by rooting the device and this has never been a pathway we wanted to follow,” notes the team.

Check out VRFocus‘ impressions of the Cybershoes for Oculus Quest and for further updates on the latest VR peripherals, keep reading VRFocus.