The sixth entry into the Earth Defense Force series is due to release next year in Japan – this we know. However, D3 Publisher has recently announced that the new chapter of the third-person shooter will not launch until the “end of 2021 at the earliest”.

Speaking in the latest issue of Weekly Famitsu. D3 Publisher producer Nobuyuki Okajima noted that the earliest we will see Earth Defense Force 6 will be at the end of next year. When the game’s 2021 release was announced, a specific date was not given. Going by the producer’s current ETA, there’s a possibility that Japan may not see the game until early 2022 – if the end of 2021 is its “earliest” release window. It seems like the world won’t be saved from giant insects for the foreseeable future.

Back in September, D3 released new screenshots from the in-development title during the Tokyo Game Show. One image featured the annihilation of giant ants, while the other showcased a sparky reptilian. The screenshots may have given us a better look at the game’s environments, but those Fallout 3 comparisons were still alive and kicking. During Earth Defense Force 6’s announcement in June, D3’s initial screenshots didn’t satisfy its fanbase. The game’s pasty color grading and overall definition had fans referencing Bethesda’s third Fallout game – considering that the upcoming title is meant to release on next-gen consoles. 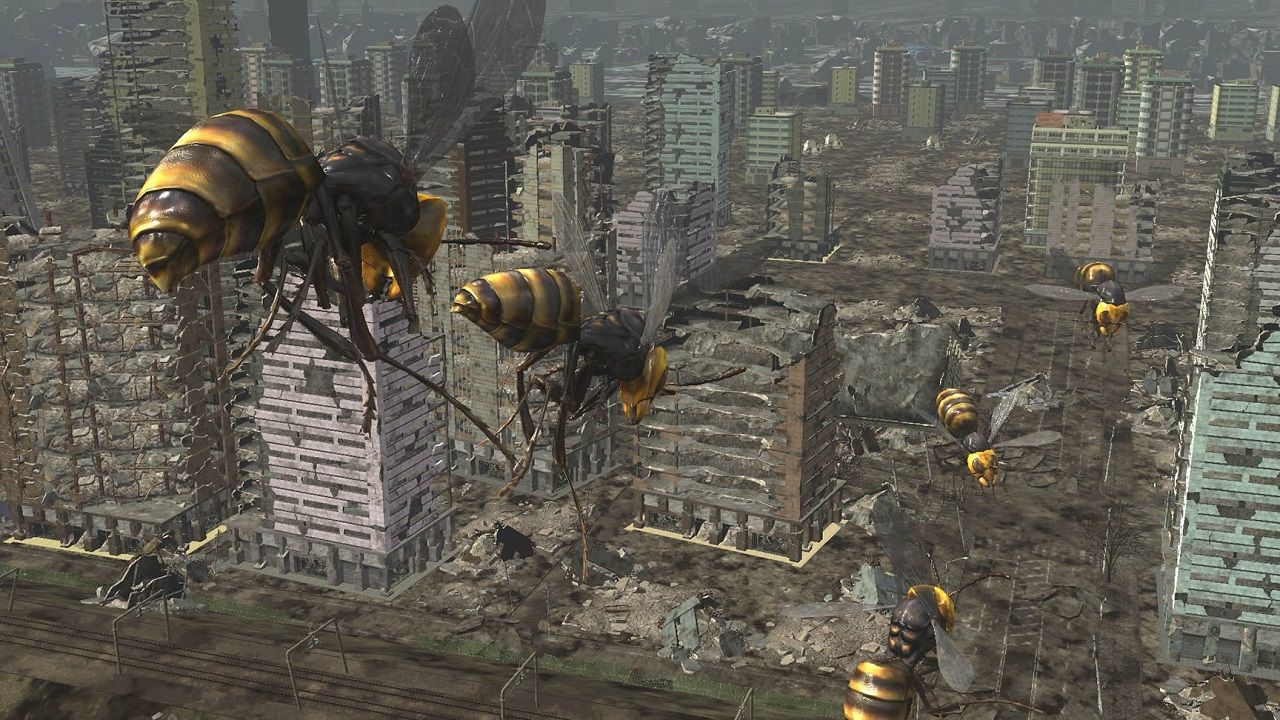 The Earth Defense Force series focuses on a multinational military group that was established in case aliens became hostile. Its narrative references radio waves from deep space that were gathered by scientists, confirming the existence of extraterrestrials. The EDF must now prepare for any and all invasions that threaten Earth’s survival. Earth Defense Force 6 will take place after the events of Earth Defense Force 5, with no current plans to release in the West yet.

Something that is getting a Western release, however, is Earth Defense Force: World Brothers, due to release in early 2021. The Japanese launch of the voxel spin off will be on Christmas Eve, and its fun, bullet hell mechanics are greatly anticipated. D3 producer Okajima also leaned on World Brothers to soften the blow of Earth Defense Force 6’s late release date, highlighting the fact that fans have a full year to become acquainted with the voxel EDF.