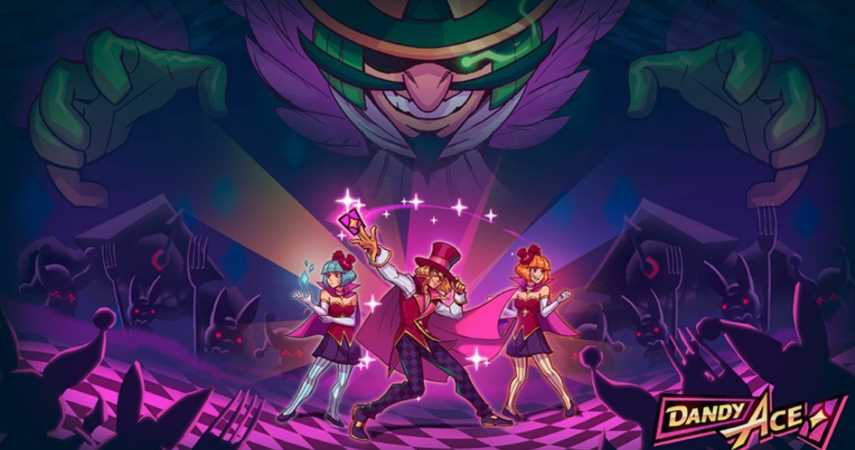 As of late, Twitch is beginning to try out new ways streamers can better engage with their fanbase. One of the most recent methods to be tested is happening now during the Dandy Ace Creators’ Preview Event running from January 11 – 25. The new feature is called Magic Mirror Mode, and it allows Dandy Ace viewers to take control of one of the game’s main characters during the streamer’s game session.

Dandy Ace is an upcoming fast-paced action roguelike from developer Mad Mimic Interactive and publisher NEOWIZ, currently scheduled for a Q1 2021 release date. Dandy Ace is the game’s main character, “a fabulous magician seeking to combine and use his magical cards while fighting and looting his way to defeat the Green-Eyed Illusionist, Lele”. Lele has captured and imprisoned you in a cursed magic mirror that houses an “extravagant, lavish, and ever-changing palace” filled with evil monsters and boss creatures you have to fight through as you seek a way to escape.

A Dandy Ace player about to Twitch stream the game can enable ‘Twitch Mode’ from the game’s Custom Mode menu when they go live. This enables that stream’s viewers to use Twitch Chat “to take on the role of Lele, the game’s antagonist, and influence the challenges ahead of Ace as he takes on the Cursed Mirror.” Viewers have the options to spawn random enemies to surprise Ace with, keep Ace from using potions, turn some of Ace’s spells against him, and more. During each game session, Magic Mirror Mode will choose one viewer at random and give them the special ability to drop healing or poisonous Twitch Cupcakes into the game for Ace to find.

And that’s not all! Magic Mirror Mode also gives Dandy Ace viewers the ability to both encourage and taunt the streamer when Dandy Ace dies. They can also control the route Dandy Ace takes through the cursed magic mirror, choose the available rewards at the Rewards Tent, and can drop specific spell cards into the game that Ace can use against his numerous enemies.

To get into the Dandy Ace Creators’ Preview Event, download the demo from Steam first. Then, if you’re a streamer or a member of the gaming press, fill out and submit the Dandy Ace – PC Review Request Form. If selected, the devs will email you a review key and you can get the Magic Mirror Mode shenanigans going on your Twitch channel. Note that the Request Form will also add your name to the list to receive a review key for the final full launch of the game.