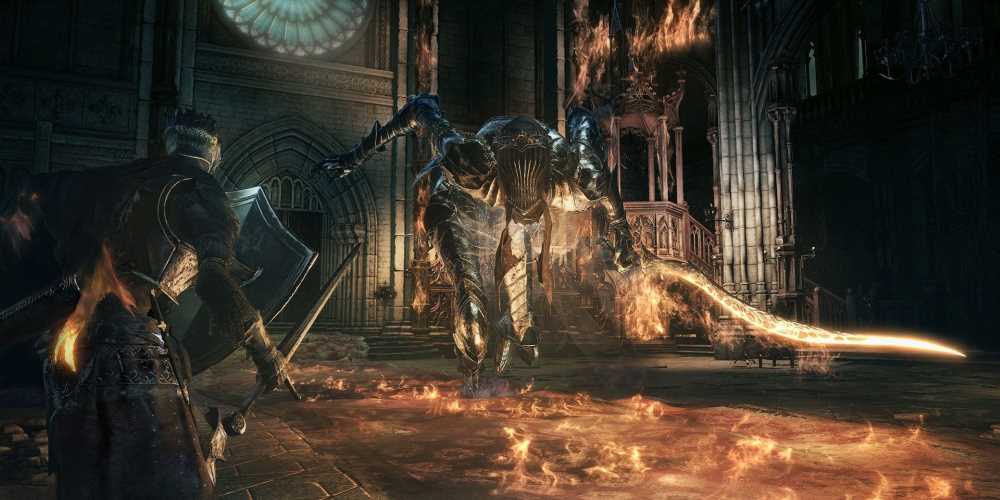 If there's any single mechanic that you can safely say defines the Dark Souls franchise, it'd be rolling. There's a reason why Dark Souls memes often revolve around rolling. It’s so important that when Demon Souls finally got omnidirectional rolling in the remake it made headlines around the world.

So when YouTuber Tye Taylor's fans asked him to beat Dark Souls 3 without rolling, many likely assumed it would be impossible. Turns out, it's very much possible. In fact, Taylor made it seem almost easy.

"You guys actually thought this was gonna be hard, didn't you?" Taylor asked after receiving the results of his YouTube poll. "You guys could have made me beat Demon Souls with my bare freaking fists, and you chose this instead."

Be warned, there’s some foul language in the following video.

In retrospect, Demon Souls bare-fisted would likely have resulted in Taylor giving up, but Dark Souls 3 without rolling? Piece of cake. The first several bosses went down without much work. As Taylor put it, "The hardest part of [the first boss fight] wasn't that I couldn't roll, it was just fighting my natural instinct to want to roll."

In fact, the content creator said the intervening periods between boss fights were often harder than the bosses themselves. Without the ability to roll, running past the hordes of undead is next to impossible, so Taylor had to methodically eliminate entire rooms of baddies just to proceed.

In general, beating each Dark Souls 3 boss without rolling involved either staying close to a certain part of the boss's anatomy to avoid getting hit, parrying blows with a well-timed shield block, or strategically running away (which is colloquially referred to as "retreating"). Some bosses involved running around in circles while waiting for their attacks to finish, while others were simply unavoidable without the dodge roll. In those cases, tanky armor and a full Estus flask were the only solutions.

The only boss that really required a change in strategy was the final one. Taylor remapped to a full magic build for the Soul of Cinder, but even its burning soul could be overcome without a single roll.