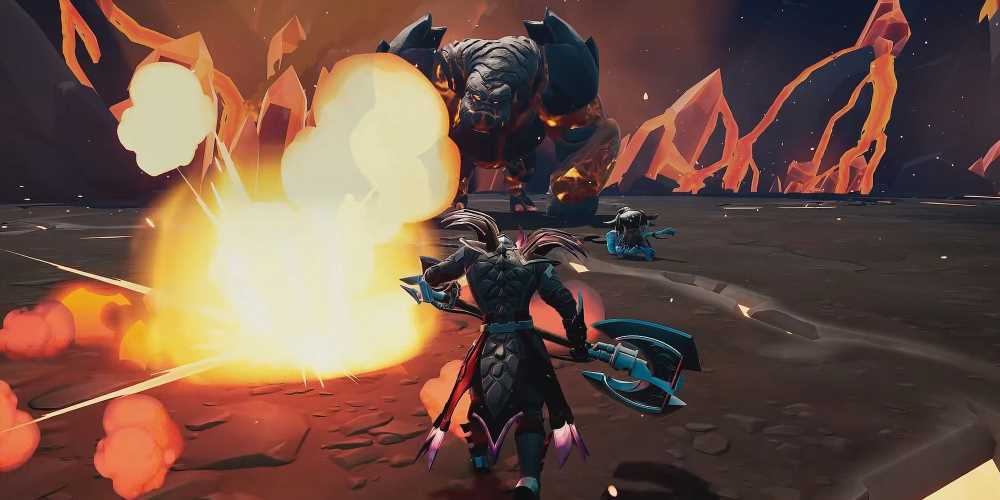 The free-to-play RPG Dauntless is set to receive next-gen enhancements for PS5 and Xbox Series X/S. The native ports will bring up the title to 4K resolution, 60fps gameplay, and enhanced graphics on December 2.

Phoenix Labs announced the Call To Arms update which marks the monster-hunting action game's arrival on current-gen consoles with more unique creatures to slay. Starting from December 2, Dauntless will be available on PS5 and Xbox Series X/S with full cross-generation support, allowing you to carry over all your progress from last-gen devices or any other platform.

There are some differences between the upcoming next-gen versions of Dauntless, although each delivers 60 frames per second gameplay and up to 90 percent faster loading times. If you own Xbox Series S, you can expect 1440p rather than native 4K resolution. If you're a PS5 player, there are even more unique features in the native port. The devs also add 3D audio functionality to the game and full support of the DualSense controller, including the adaptive triggers that can express your character's stamina.

As seen in the comparison shots in the trailer above, never has the Shattered Isles looked so beautiful in Dauntless. The developers invested in visual enhancements across literally everything in the game: starting from environmental textures and upgraded looks for trees, grass, and water to higher quality lighting, realistic materials, and new volumetric fog. Now is the best time to join the hunt.

With Call To Arms content update, there's even more to Dauntless than simply improved graphics and performance. All players will get a chance to hunt the razor-sharp Behemoth called Sahvyt, as well as take on new quests and challenges. There are 36 additional achievements to unlock, including a Platinum trophy that's only on PS5. Naturally, all Call To Arms content will be available to players on other platforms as well.

Dauntless is available to play for free on PC, Xbox One, Xbox Series X/S, PS4, PS5, and Nintendo Switch with cross-play and cross-progression across all platforms.