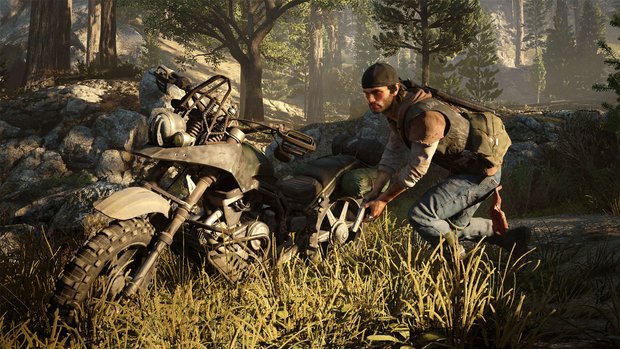 You can’t possibly account for all of them whilst keeping an eye on your resources and protecting any allies you’ve picked up in the meantime, so you have to adapt.

And the game does a pretty good job of empowering you to do that.

“If something happens, we’ve made the game so you can jump into a bush and lose a line of sight, or you can hop out and use melee, or you can run for your life, use ranged combat… fluidly moving back and forth between these mechanics is a key part of the game, and making sure we never lock the player into just one element of the gameplay was vital to us.” 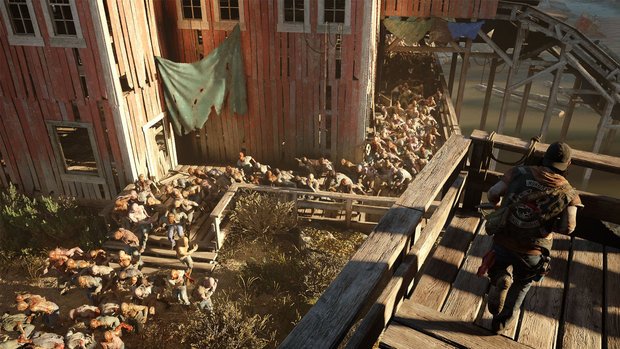 But what good is a fluid action system if the world around it is lifeless and drab?

Days Gone is built on one core concept – that the world is alive and coming to get you. That design decision is at the heart of everything Bend has made in the game, and as such the open world has been built to be as flexible and reactive as the gameplay at its core.

“I wanted it to that we weren’t just putting activities into the game for their own sake,” notes Garvin.

“So Fast Travel isn’t free – it’s dangerous to travel these roads on your bike, right? To Fast Travel, then, you need to clear out any infestations en route – it’s just realistic. Then once you clear the route, you need to be close to your bike, your bike has to have fuel, there can be no enemies near your bike.

“It’s a big game and later on players are going to want to get around quickly – but we didn’t want to make it free. Part of Days Gone is unlocking the right to do that.

“Every other thing you do in the game plays into how the world feels: so you may clear out the infestations so you can fast travel, but that will also reduce the number of Swarmers in the area, and give Deacon the chance to make the world safer.

“If you ever get sniped off your bike, or clotheslined off your bike, you’re going to want to take on enemy camps not just because ‘you have to clear out camps’ but because doing so actively makes the world less dangerous.”

The way Bend makes you do that is by making you really feel like you’re in Deacon St. John’s shoes. Initially really unlikable, this ex-Outlaw biker constantly talks to himself, and over time you get a real sense of your protagonist’s outlook.

To put it bluntly: he’s pissed. His wife (assumedly) got killed early on in the game, and his vendetta against bandits and the undead spurs him on to eliminate every nest, clear out every bandit camp, help every struggling survivor he sees and takes pity on. 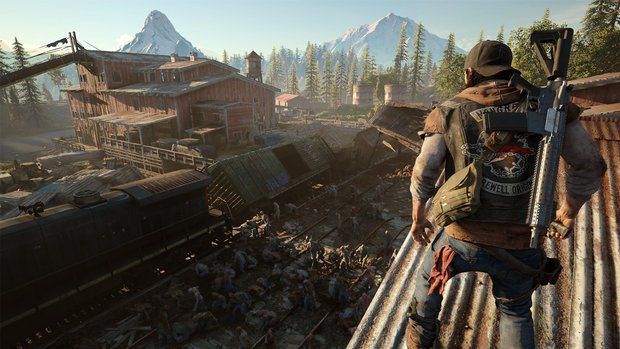 “That’s something that’s unique to the games industry, too, I think. In a TV series, you only have a certain amount of change you can do over time and you’re not really living one character’s life for the entire time.

“So creating a believable and relatable experience that starts here and ends there – starts with a character maybe you’re not receptive to and ends with you empathising with them – it’s hard to do in any story, let alone a video game. So we put Deacon under immense stress from the beginning.” 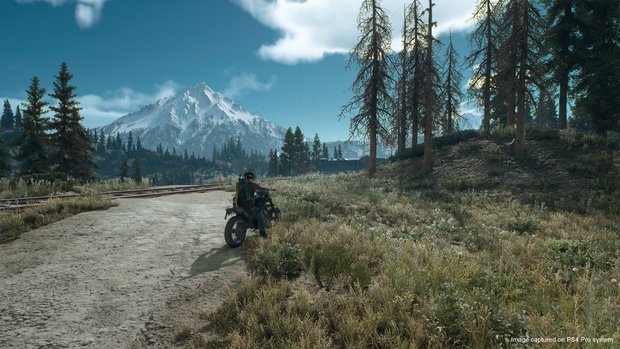 It’s a good narrative hook, and one that definitely drew us in as we played the opening few hours of the game. We came away from our preview still disliking the character but intrigued to parts of his hard-ass demeanor fall apart the more we played.

Between the fluid way the encounters in Days Gone work, the thought that’s gone into making the open world dynamic and interesting to explore, and the character-driven narrative at the core of the story, Days Gone has got a strong foundation.

But the handling of Deacon himself and his beloved motorbike leave a lot to be desired. Maybe it’s a character we’ll learn to love over the 30 or so hours the game offers.

Likewise, the graphics may leave some PlayStation fans feeling shortchanged when held up against other PS4 exclusives such as Horizon Zero Dawn, Uncharted 4, God of War and Detroit all easily out-perform in this area. 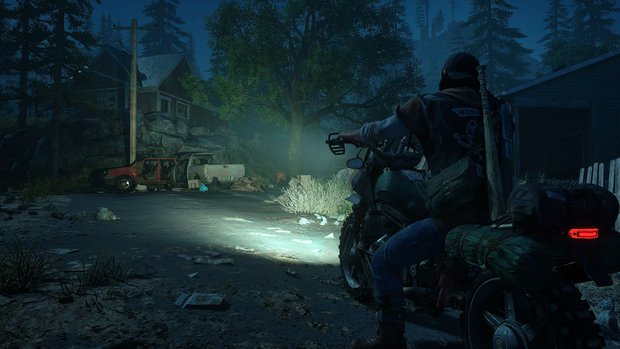 Despite these niggles, there’s a really interesting kernel of an idea at the core of this game, and the multiple narrative threads Bend offers players to pull on should intrigue anyone with even a passing interest in end-of-the-world fiction.

Boil it down and the game is a mix of Sons of Anarchy and The Walking Dead – it has all the attitude and grit of SoA mixed with all the edge of your seat tension that comes from the best episodes of The Walking Dead.

That said, it’s also taken some of the worst parts of its inspirations, too: it’s got (based on our time with it so far) all the emotional depth of The Walking Dead’s most mundane episodes, and the pace starts to drop off after a killer intro… much like Sons of Anarchy when it dropped us in Ireland for a whole season.

There’s a lot to like about Days Gone, but so far, it’s failed to live up to the extraordinarily high benchmark that Sony has set itself for PS4 exclusives this generation.