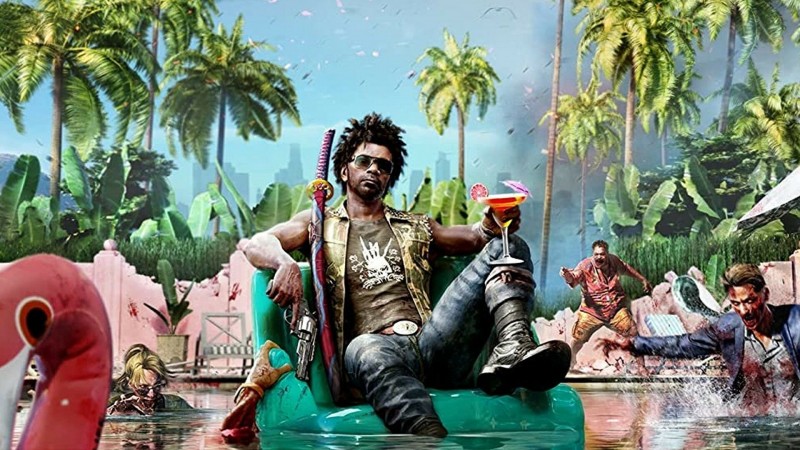 Earlier this week, the Dead Island 2: Day One Edition leaked on Amazon, showing a Lenny Kravitz-like warrior on the box cover. So, it’s only fitting that Gamescom 2022 ended with two trailers (cinematic and gameplay) for the long-overdue zombie-slaying sequel.

We follow a chiseled survivor named Jacob as he leaves the safety of his (bloodied) condo and ventures into a Californian hellscape swarming with undead. He kills several adversaries with an empty rifle, jutting it through their rotten bodies and smashing their heads against the pavement with its wooden butt.

The gameplay trailer shows scenic beaches, forsaken suburbs, cratered city streets, and still-lit carnivals. In one what is one of the most graphic clips I’ve ever seen at a game show, we watch as the player-character clobbers zombies with blunt objects, jumpkicks adversaries off roofs (parkour mechanics?), and shoots gasoline tanks to engulf hordes in flames.

Dead Island 2 is an first-person action RPG with six playable characters. And according to a designer who appeared onstage, the gory romp has an irreverent, pulpy tone and gameplay that’s all about “experimenting with your preferred zombie-slaying methods.”

Dead Island 2 punches and kicks its way onto PlayStation 5, Xbox Series X/S, PlayStation 4, Xbox One, and PC on February 3.