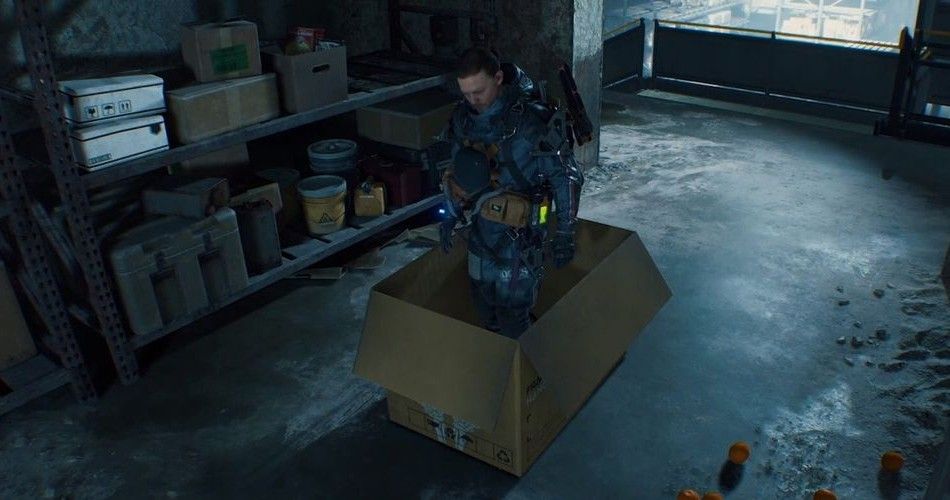 Last week, during the Summer Game Fest showcase, Geoff Keighley was joined by none other than Hideo Kojima, who revealed that Kojima Productions’ Death Stranding will be getting a Director’s Cut with all new content. It now appears that Death Stranding: Director’s Cut has been rated M by the ESRB, for Blood, Intense Violence, Partial Nudity, and Strong Language.

If you’ve played the original game, you no doubt already know why it has received a ‘Mature’ rating. “As players traverse mountainous terrain, they can be attacked by human settlers and ghostly apparitions,” reads the rating summary. “Players use machine guns, grenades, and shotguns to kill enemies; firefights are highlighted by realistic gunfire, large splashes of blood, and cries of pain. In some stages, players can perform stealth takedowns of enemies (e.g., strangling characters from behind).” Add to this multiple instances of Norman Reedus’ bare butt, and the M rating is pretty much justified.

In true Kojima fashion, the Summer Game Fest reveal trailer for the Director’s Cut had viewers excited and confused at the same time. Sam Porter’s interaction with the Fragile cardboard box was a blatant reference to Kojima’s previous iconic series, Metal Gear, in which Snake is known to use boxes to sneak past enemies.

While we don’t really know what extra content the Director’s Cut will contain, from the trailer we can assume that there may be some indoor stealth sequences which may or may not involve boxes. However, making assumptions about a Kojima game is a dangerous thing.

The Director’s Cut will be “coming soon”, with a full reveal scheduled only “weeks away” according to Keighley and Kojima. The trailer as well as the rating has only mentioned PS5, suggesting that it may not make it to last-gen consoles.

Speaking of Kojima, Blue Box announced that the Abandoned: Trailer app, a new application designed to share trailers for the upcoming game, has been delayed to Friday, June 25. It was earlier scheduled to launch last Tuesday, but had to be delayed three days due to “localization issues.” There has been speculation that Blue Box and Abandoned might be a marketing stunt for Hideo Kojima’s next game, based on the fact that both Metal Gear Solid 5 and P.T. were teased using fake studio names.