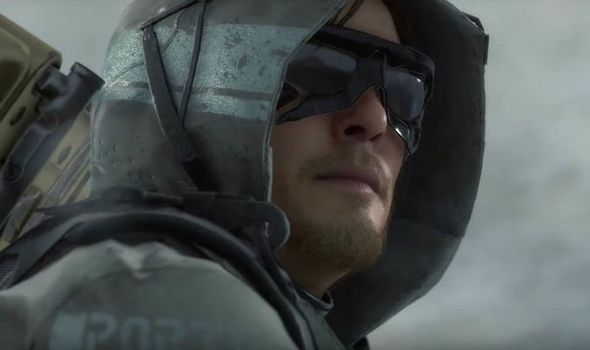 Death Stranding fans have had a big week, with a tonne of gameplay footage already revealed at TGS 2019.

On Thursday September 12 around 50 minutes worth of Death Stranding gameplay was revealed at the Tokyo Game Show.

This was the most amount of gameplay footage Death Stranding fans have seen so far, and it has revealed plenty about how the PS4 title will play.

It looks like Death Stranding will have plenty that appeals to fans of Hideo Kojima’s MGS series while bringing in other bold, horror-like ideas.

And fans are going to get another in-depth look at Death Stranding this weekend.

On Saturday September 14 there will be another 30 minutes worth of Death Stranding gameplay footage debuted at TGS 2019.

The next Death Stranding gameplay trailer will be revealed at 4pm local time in Tokyo, which is 8am BST.

You can watch the Death Stranding gameplay footage as it gets revealed by clicking here.

And then on Sunday Japanese voice actors from Death Stranding will take to the stage at Tokyo Game Show.

TGS 2019 has had a number of big announcements for PS4 fans, with a brand new trailer for the Final Fantasy 7 Remake also revealed.

This showed Reno and the Turks for the first time as well as Don Corneo and what players will have to do to prep for the Honey Bee Inn scene.

Other big announcements from Tokyo Game Show 2019 include trailers for Yakuza: Like A Dragon, the new Guilty Gear and Nioh 2.

PS4 fans have also been teased that September will have some other big announcements in store for them.

Besides PS4 system update 7.00 getting released, a media event for Last of Us 2 is being held on September 24.

It has also been rumoured that another big PlayStation event will be happening that same week.

What the event is remains to be seen, with rumours it could be a State of Play or an event outlining other new games coming to the PS4.