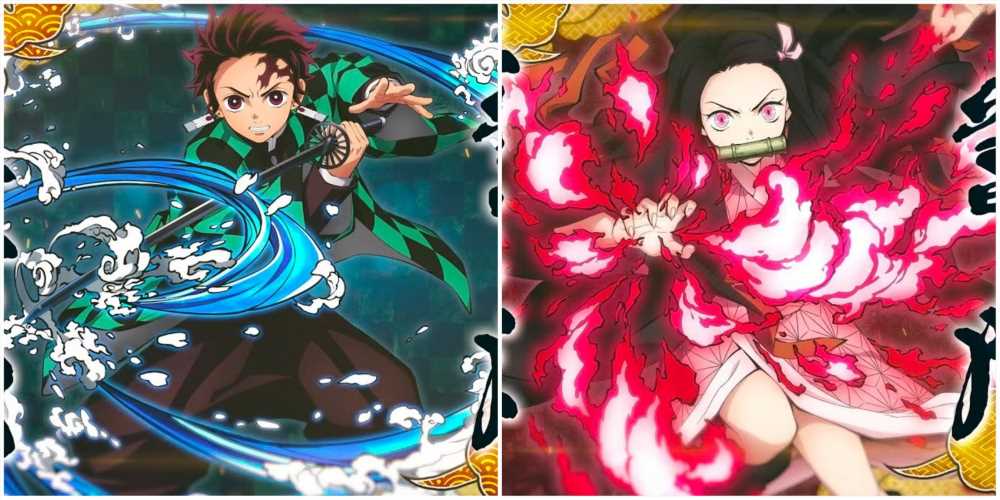 With the announcement of its new Character Pack DLC and its recent port to the Nintendo Switch, Demon Slayer Kimetsu: The Hinokami Chronicles is expected to see a larger boom in its popularity. Meaning that this will be the entry point to the franchise for many players – an entry point that truly embraces the style and excitement The Demon Slayer anime and manga are known for.

Featuring beautifully animated cutscenes, interactive gameplay, and fan service galore, The Hinokami Chronicles presents a potential Magnum Opus to CyberConnect2 and their roster of anime games. That being said, current players and potential players around the globe have one question in mind: How does their favorite character stack up against those included in the roster?

The Tiers And Their Meaning 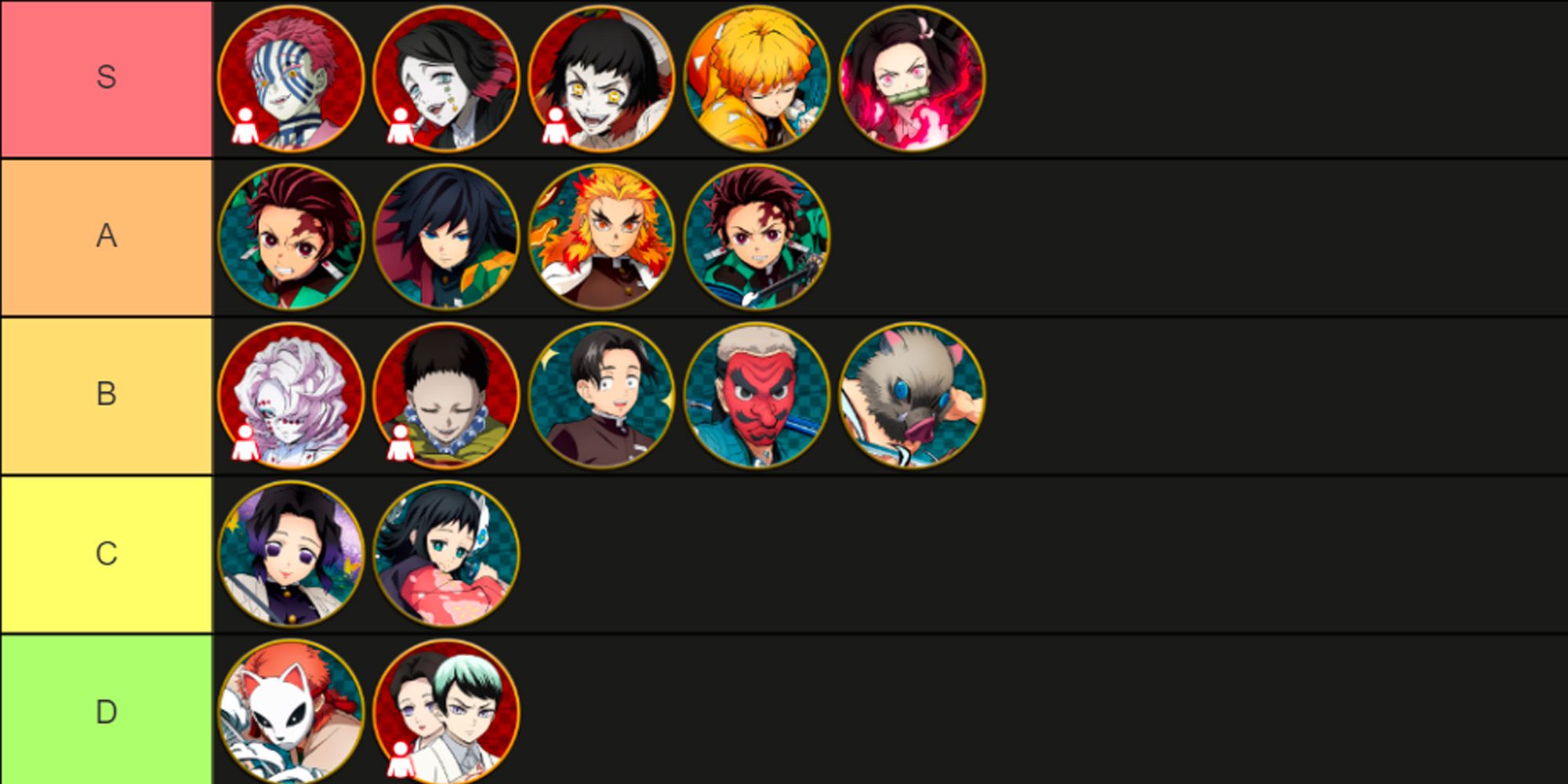 As it's usual in fighting games, the Demons and Demon Slayers in this title will be ranked on a tier system that starts at ‘S’ and ends at ‘D’. Rankings are based on a character’s damage output, meter usage, pressure capabilities, competitive performance, and enjoyment/fan service. The tiers are broken down as follows:

It is important to note that the rankings in this list are always subject to change depending on the current meta and updates applied to the game.

The following characters are in the S Tier: 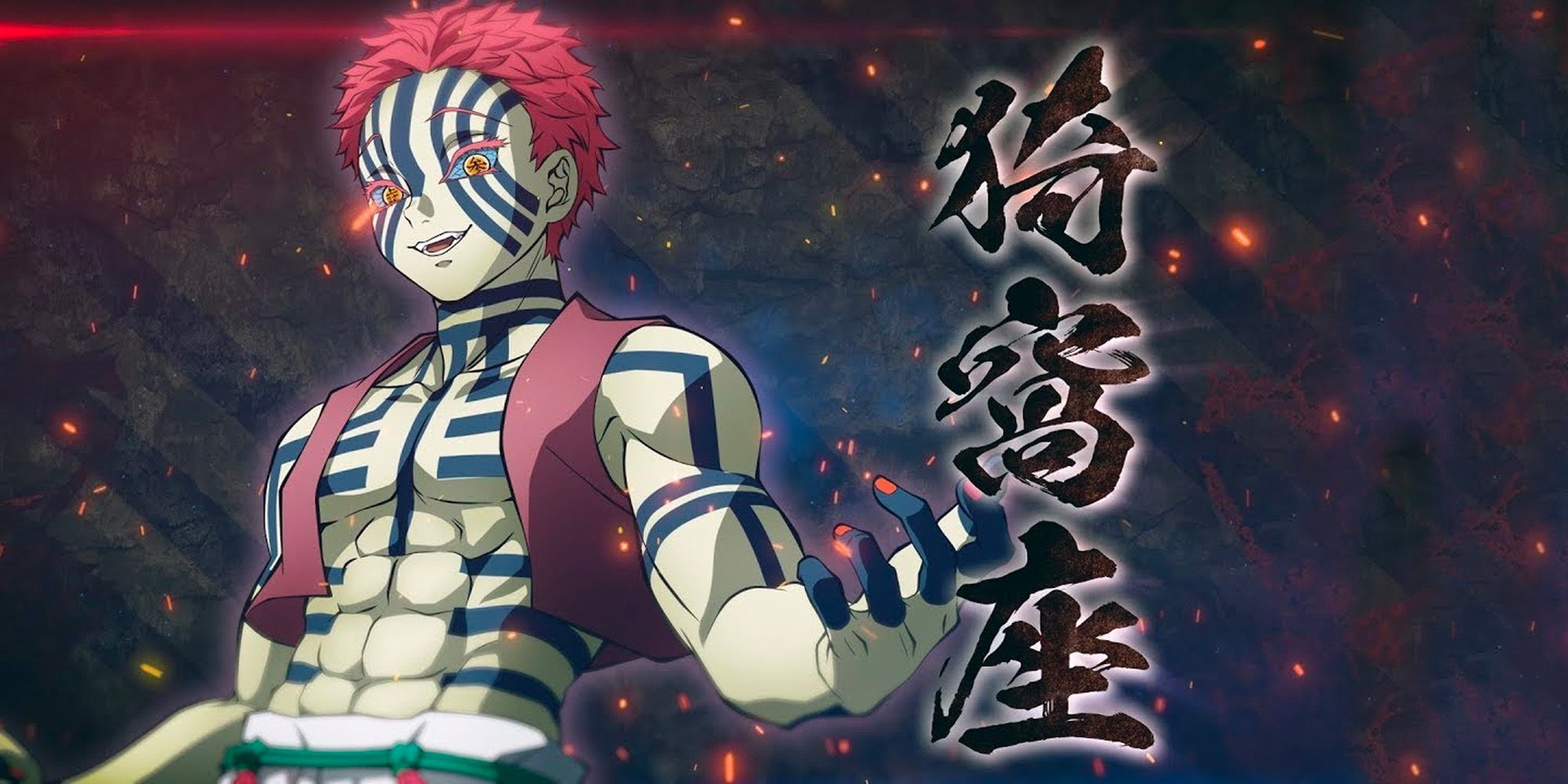 Akaza is the epitome of fantastic when compared to his fellow roster mates and it shows. Nearly every tournament is dominated by this Demon and recent updates have only made him stronger. He has the best neutral in the game and incredible agility thanks to his recent Dash Speed buff. He also has a quick grab and is a high-damage character; furthermore, he is the only character with an anti-air mechanic. All of this, plus his intimidating play style and high regeneration capabilities, push him to the very top of our ranking. 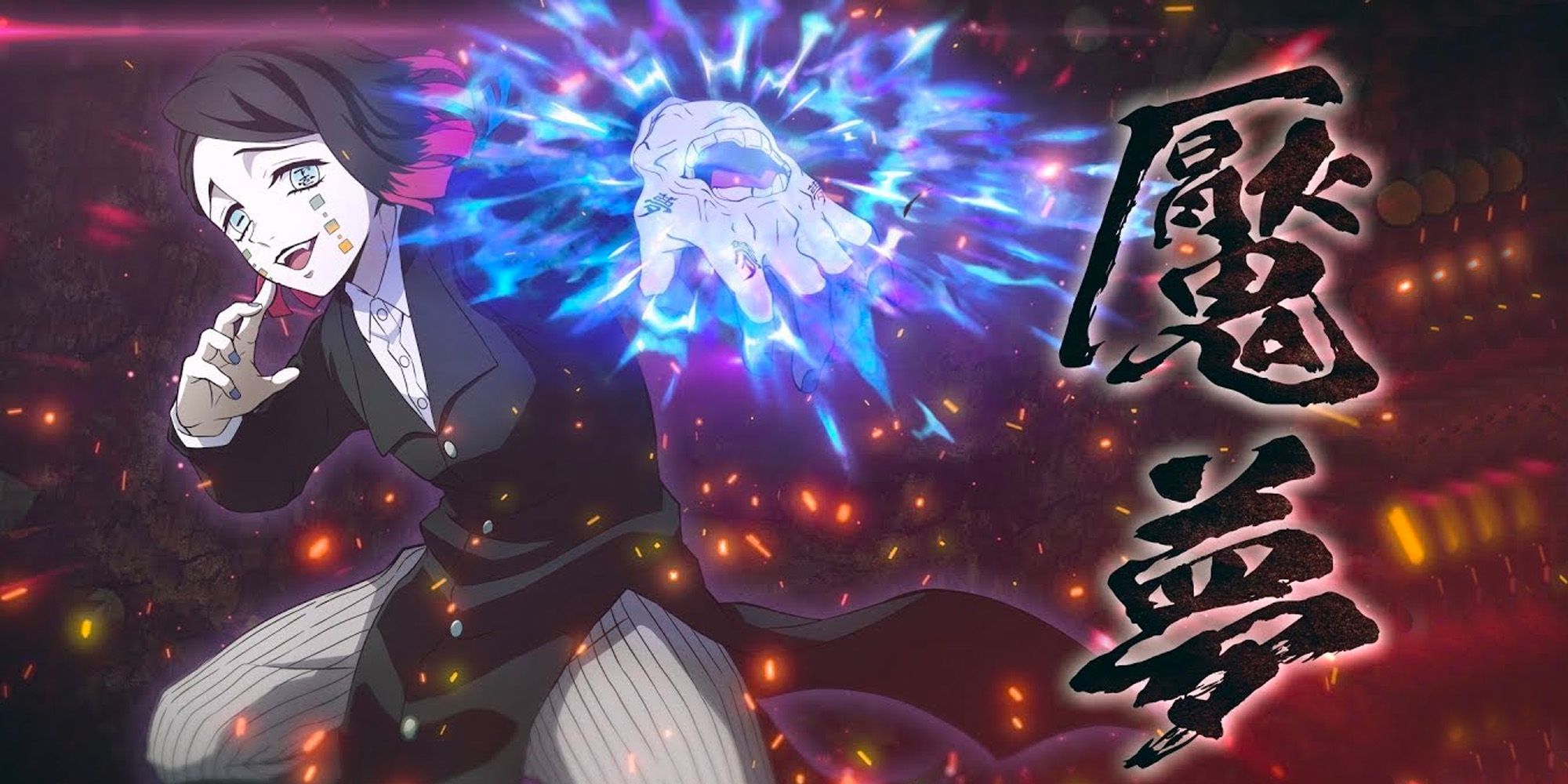 Enmu is the best zoner in the game and also has the best resets thanks to his range. His ranged attacks are what truly keep him in the S tier as they charge fast, strike faster, and keep his enemies at a far enough distance to keep you and your health bar safe. 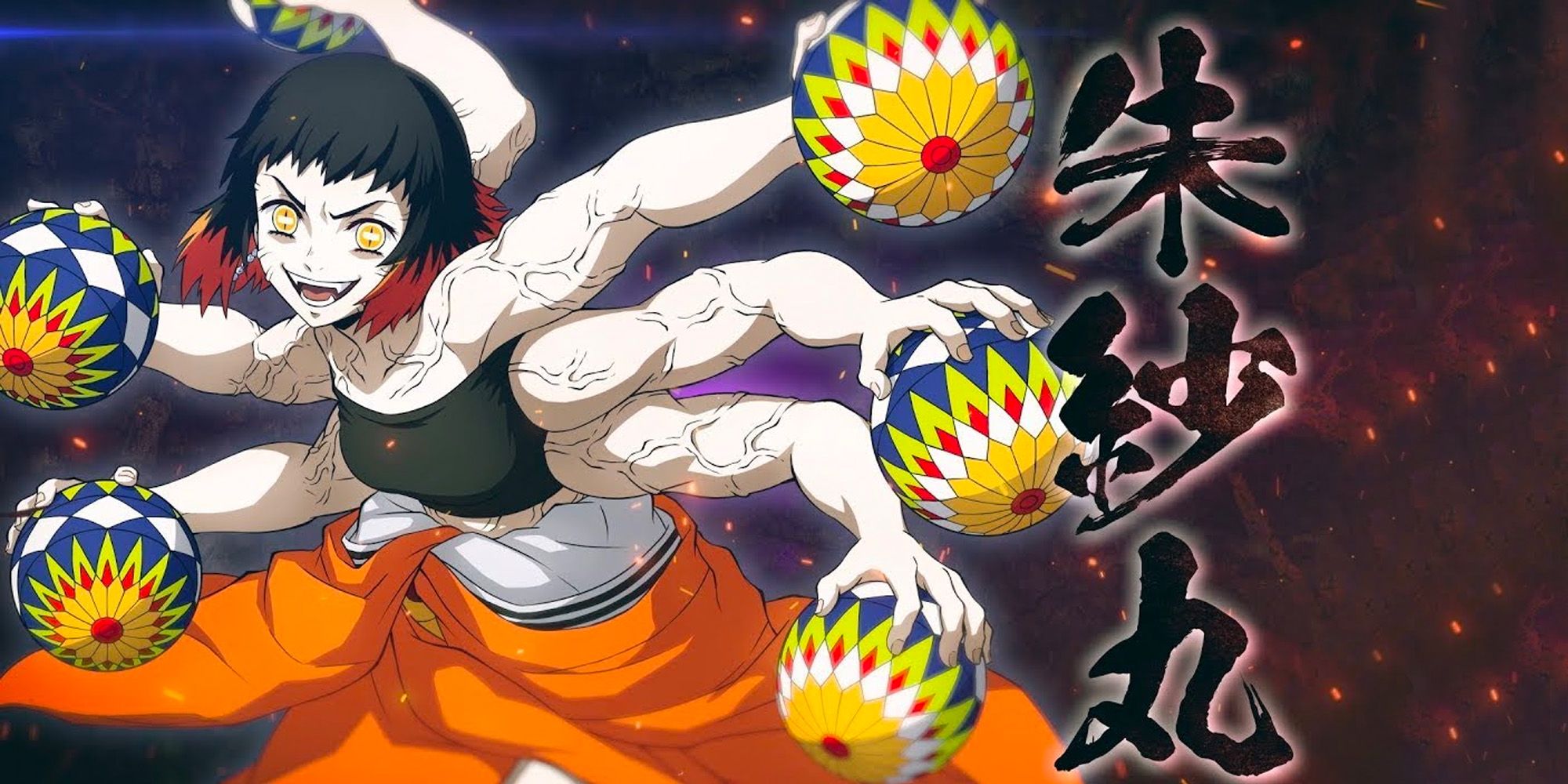 Susamaru is the second-best zoner and she's the one with the highest damage output. You might think that means she should be higher than Enmu, but her damage capabilities are a double-edged sword as it’s quite risky to pull it off. That being said, she has free and meter projectiles which give you the versatility needed to adapt to numerous situations. 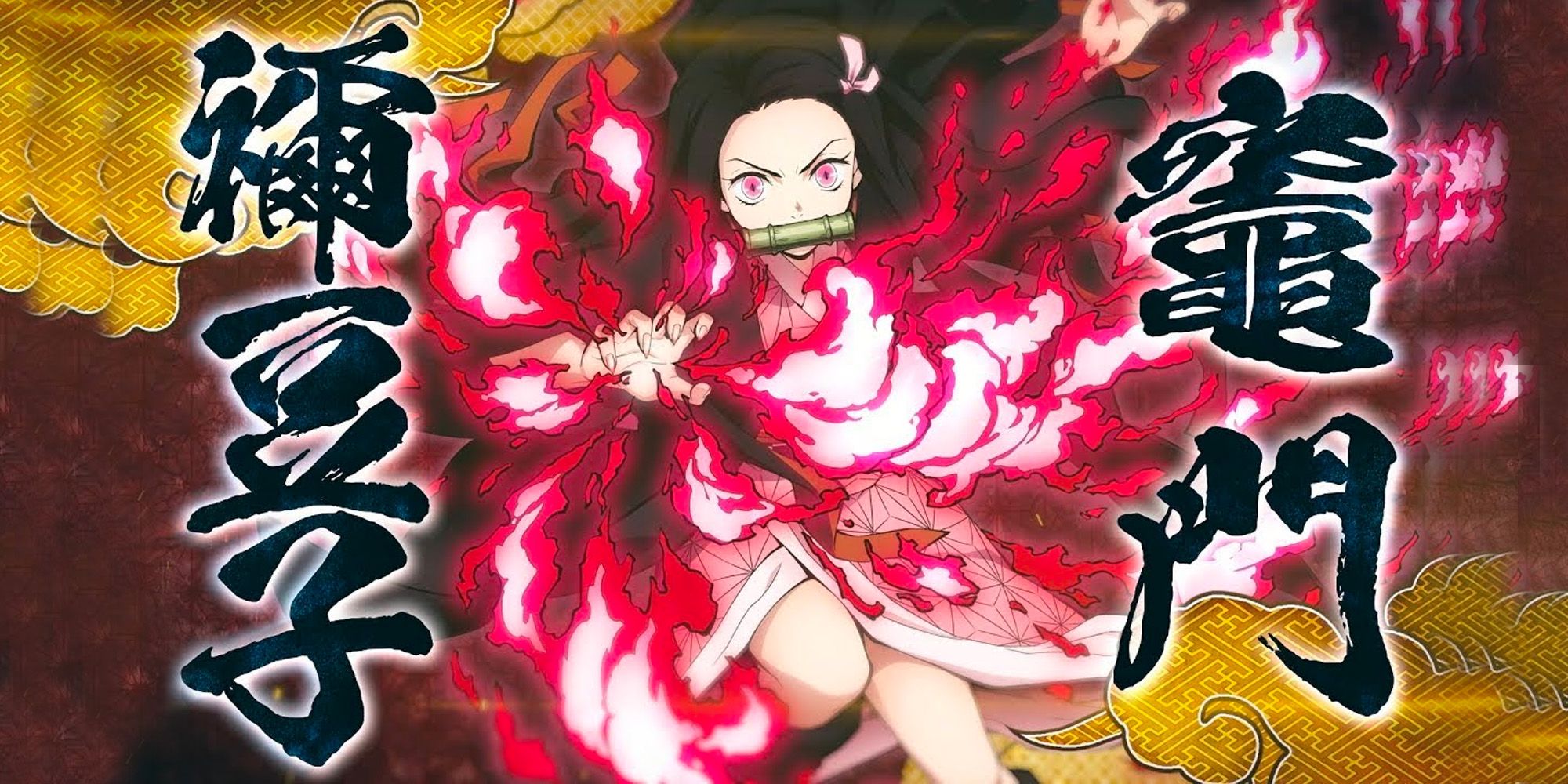 Nezuko has an incredible neutral game and is probably one of the most consistent characters in the game. It doesn’t take much meter to pull off an insane amount of damage and her skills combo well into one another. Nezuko is pretty oppressive, but her strong attack can be baited with walls – which can put her in a punishable state. 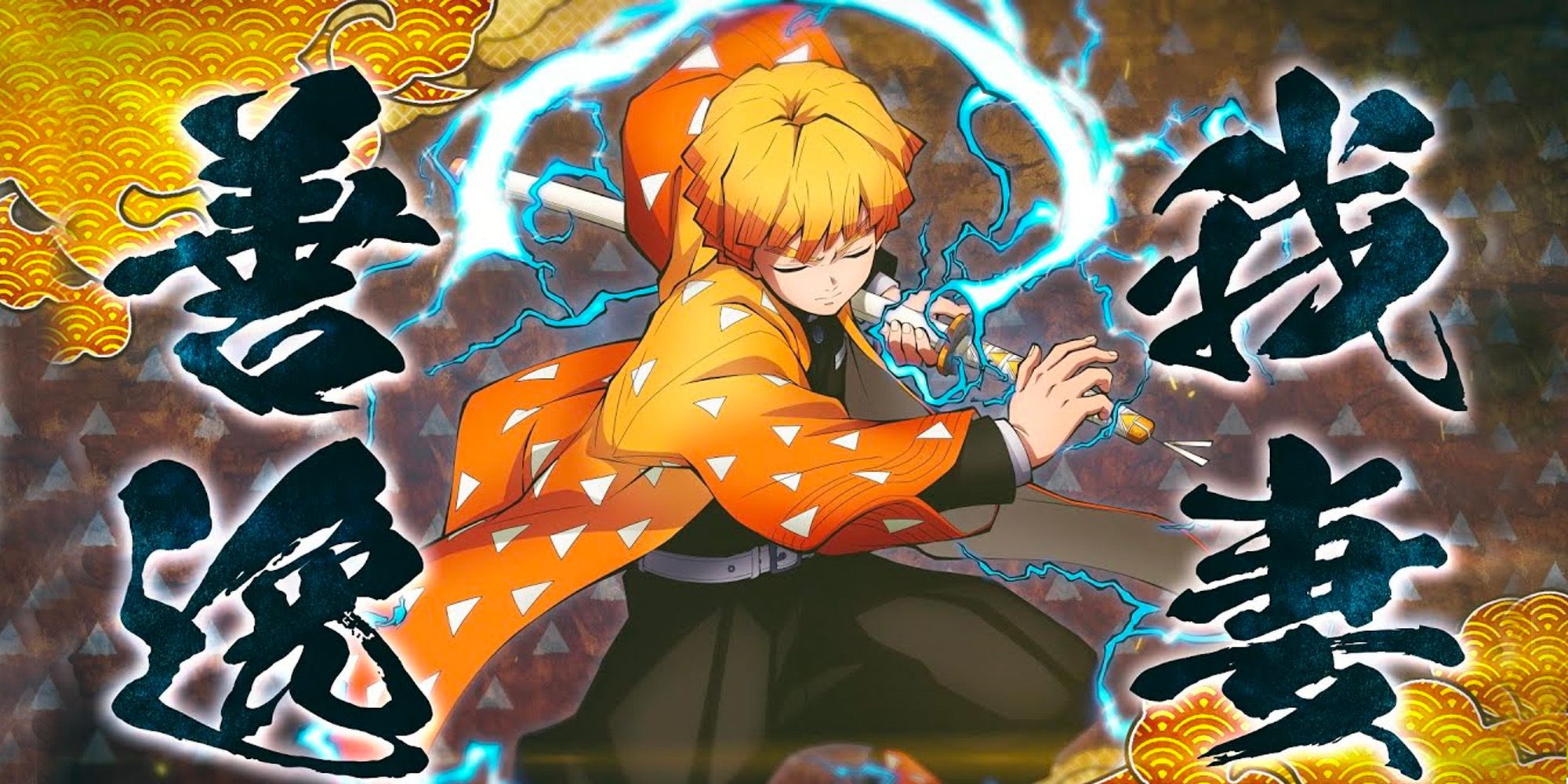 Zenitsu is a very safe character to play as and has a considerably large damage output. He can cancel anything he does into an Air flip and has a fantastic grab, meaning that he has the highest recovery rates of the characters. Good Zenitsu players are hard to punish and catch, giving them ample time to pull off a devastating combo.

The A Tier Characters

The following characters are in the A Tier: 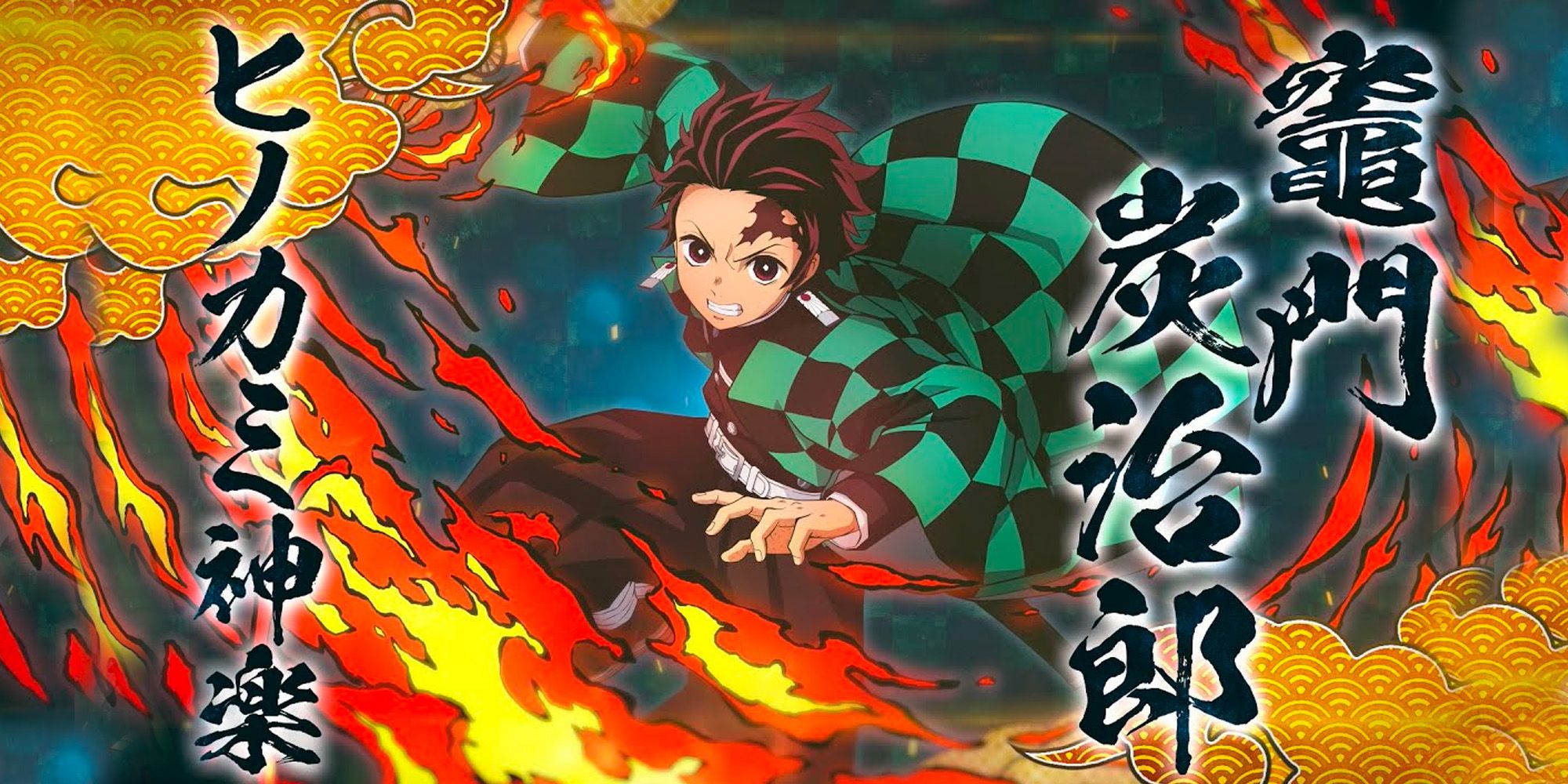 Hinokami Tanjiro blazes at the top of A tier due to his fantastic neutral and damage outputs. He has an unblockable ability, excellent rests, and a long-rage grab; plus, his Cross-Slash attack gets him out of almost any situation. However, the tracking on a number of his moves is inconsistent and walls tend to get in the way of a handful of his combos. 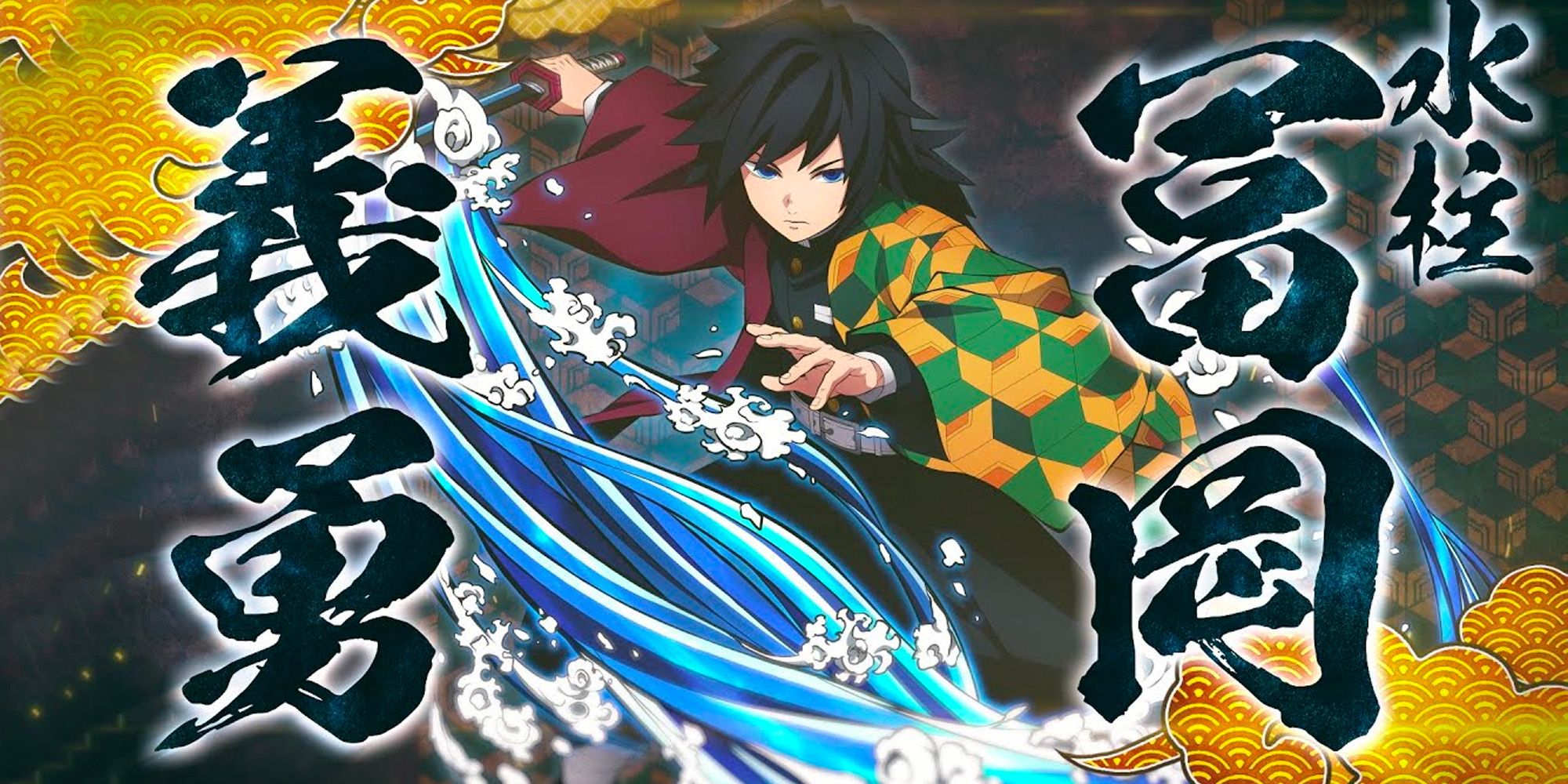 Giyu has the fastest Water Wheel in the game. This Water Wheel gives him a good neutral game and its plus frames on block helps him keep up the pressure with a free combo. But Giyu is best at mid-range, and trying to get to a mid-range spot during a fight can be pretty difficult. Despite his great assist and strong attack, Giyu won’t be able to deal consistent damage without reaching for that mid-range sweet spot. 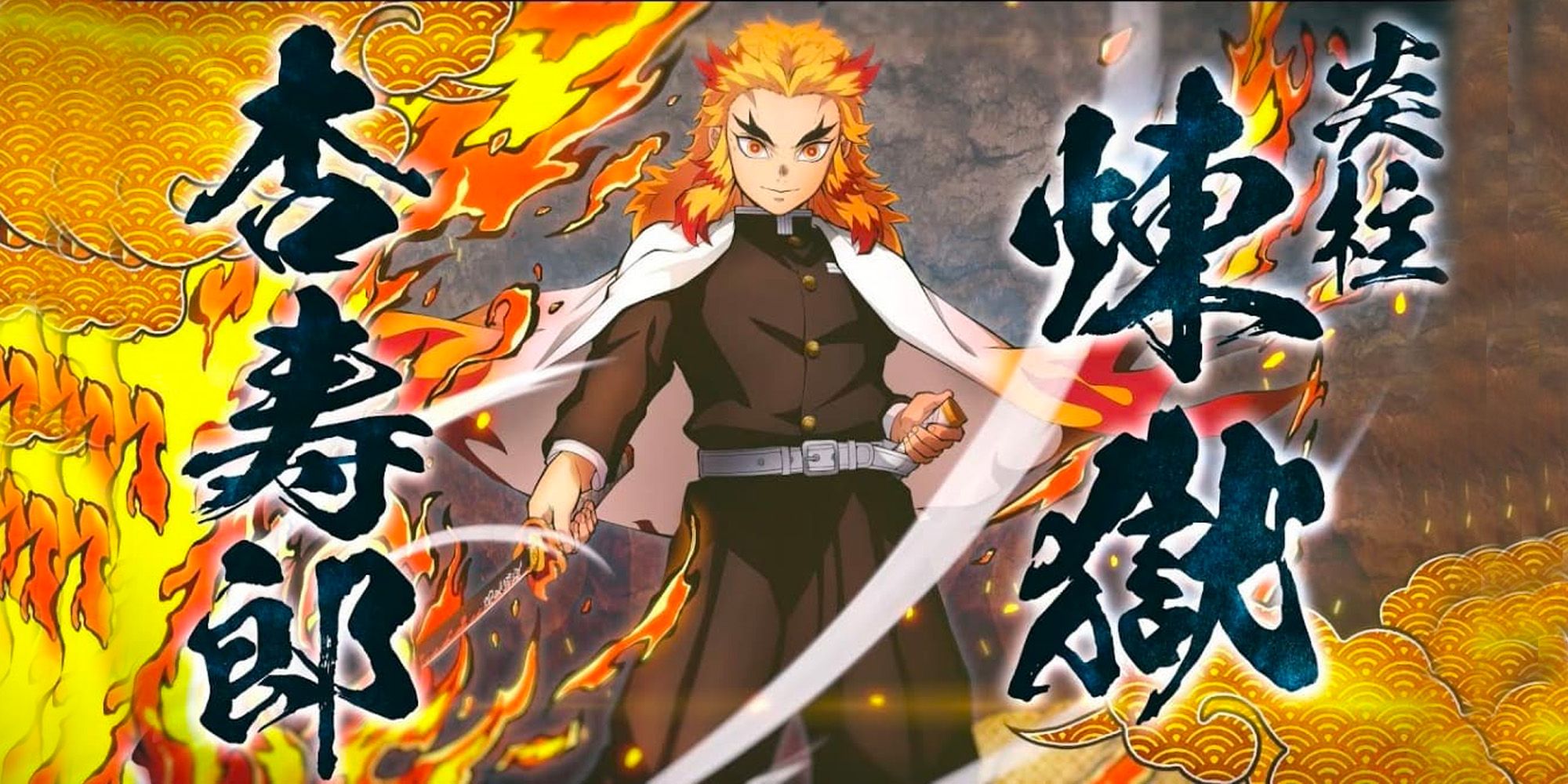 Rengoku also has a great neutral game and his tilt skill is quick and reaches far. His play style and abilities are very oppressive and can put out great damage when done optimally, but he is an easily punishable character. Once you get a feel for him, Rengoku becomes predictable and easy to counter. 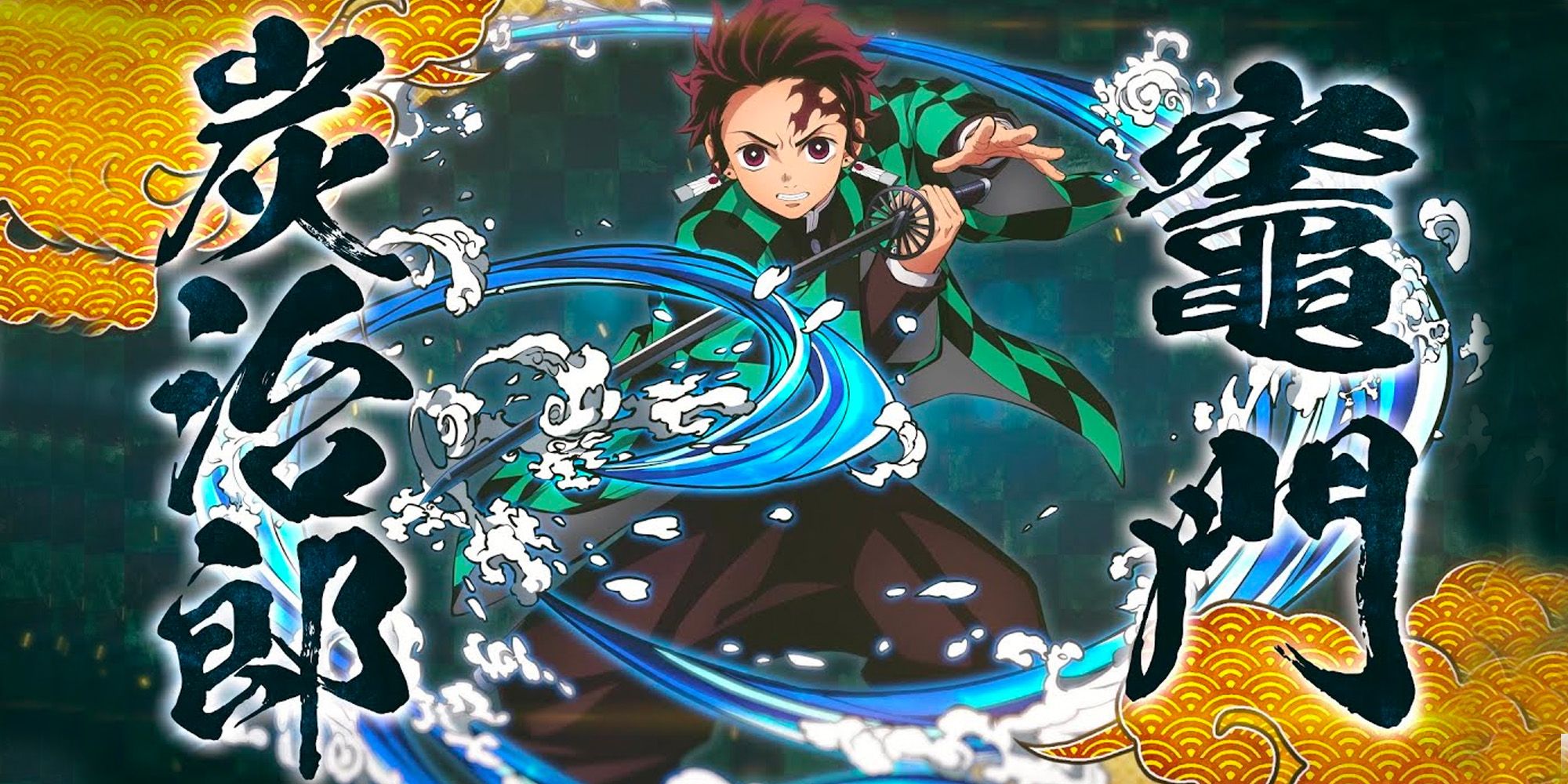 Water Tanjiro is a well-rounded character that is great for beginners. He is great at damage and consistency and is a reliable character to use as an assist. He is solid in most aspects of the game and only struggles to conserve his meter, especially compared to the characters that have come in before him.

The B Tier Characters

The following characters are in B Tier: 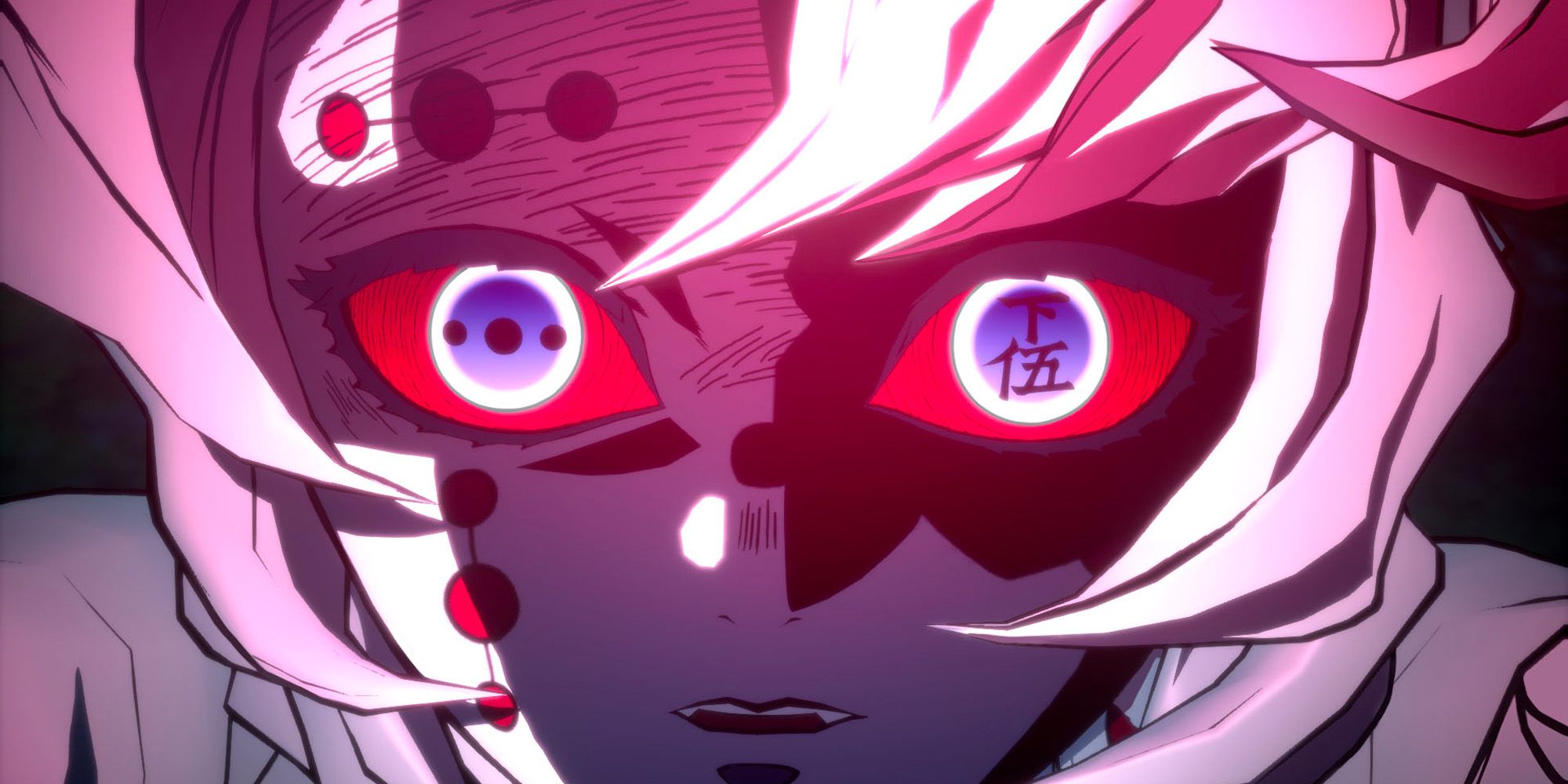 Rui is a great reset and zoner in Demon Slayer. When first introduced, he posed as an intimidating threat for all players to go up against. But, Rui is very expensive. All of his projectiles take a chunk of your meter, so spamming to zone is no longer an option. Furthermore, the meta has changed considerably and players are used to finding their way around zoning. 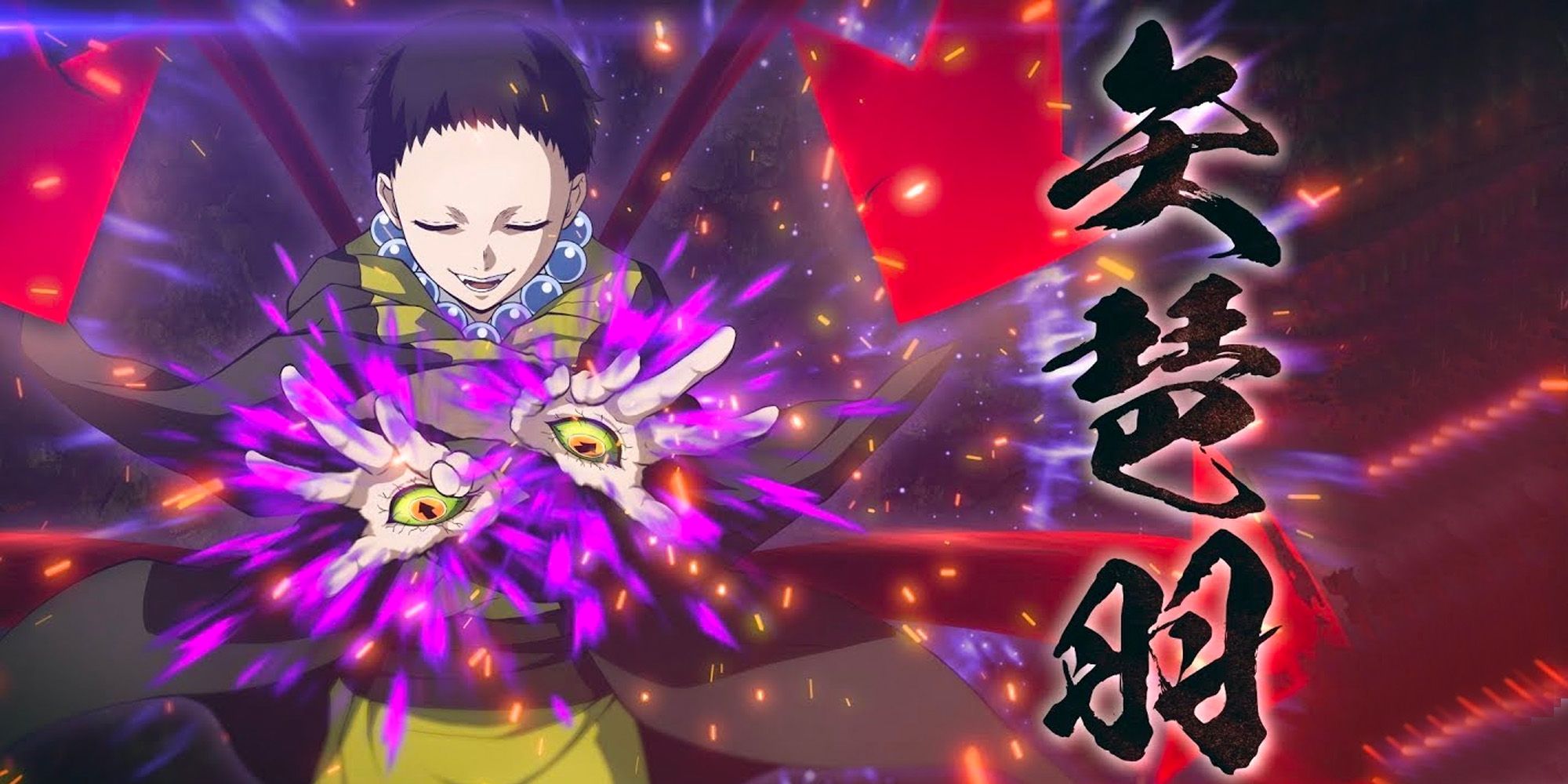 Yahaba is a fantastic zoner and can take you by surprise with his chip damage and easy guard-breaking capabilities. However, like Rui, he is also expensive and uses up a lot of meter quickly. Additionally, the second his pressure drops and a character gets in close, he is down for the count. Yahaba is great at zoning and that’s it, leaving him more fragile than exceptional. 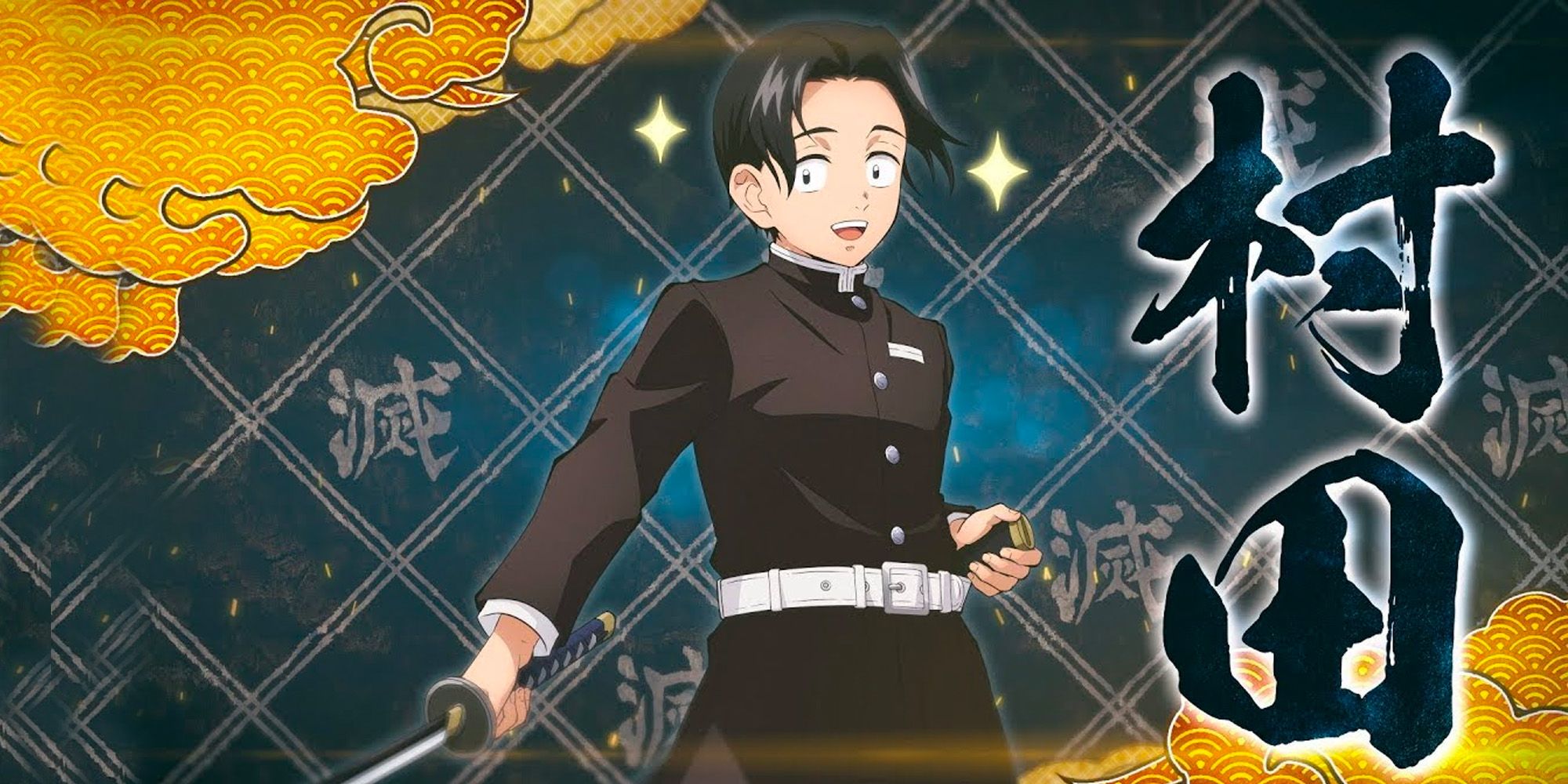 Murata is exceptional at support. His assists are consistent, provide consistent damage, and are great at extending combos. He also has some stagger pressure capabilities and can take many players by surprise. However, Murata is a low-damage output character, and it costs a lot of meter to do decent damage on an opponent. 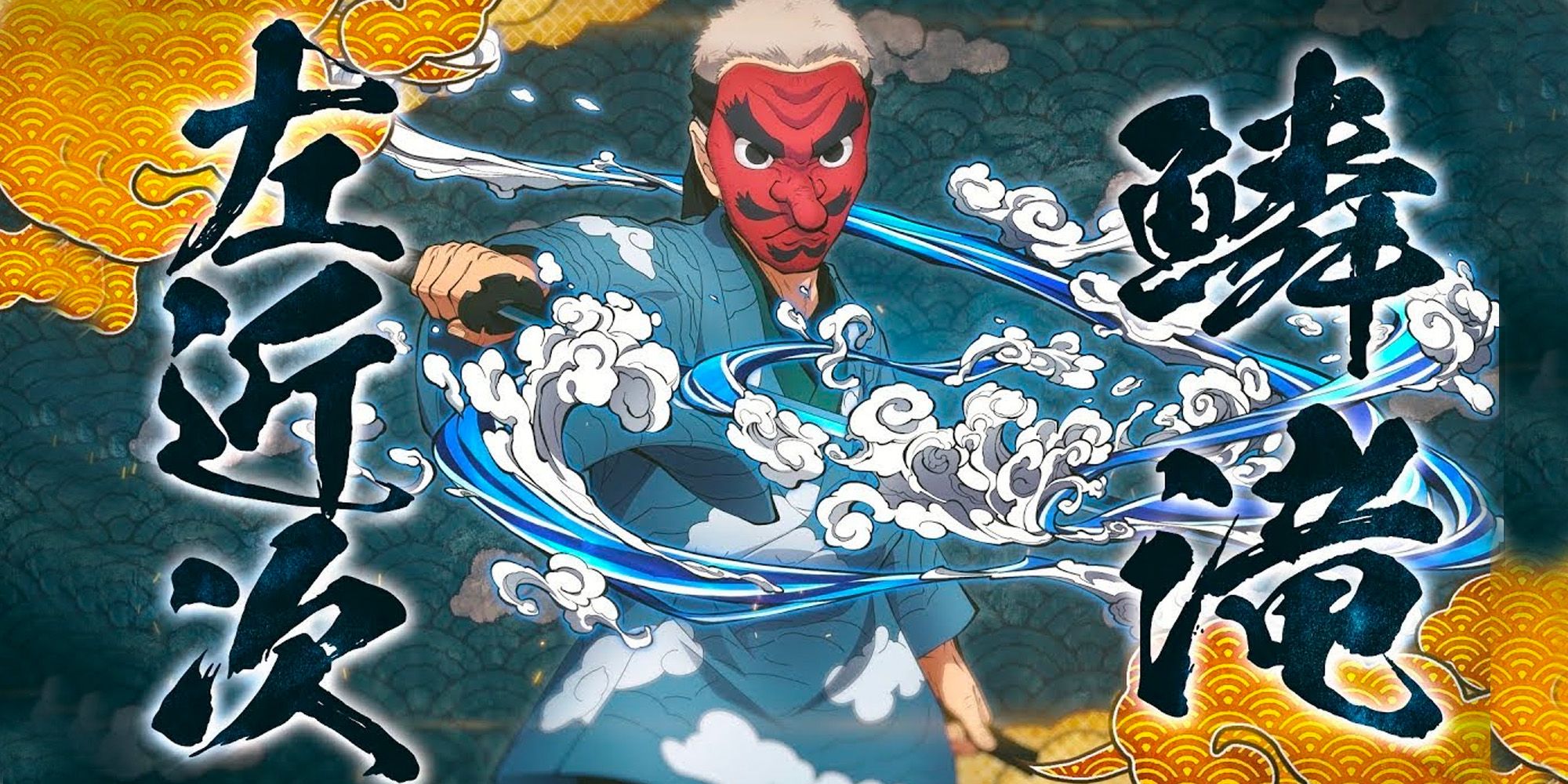 Urokodaki is great at dealing damage and his traps give the opportunity for some useful resets, but he is a short-range character that has to play passive most of the time. This isn’t a terrible thing to have, but it does stop him from going up against aggressive characters – which make up a good portion of the game’s current meta. If played smart, you can turn the tides of battle – but that is too situational to rely on. 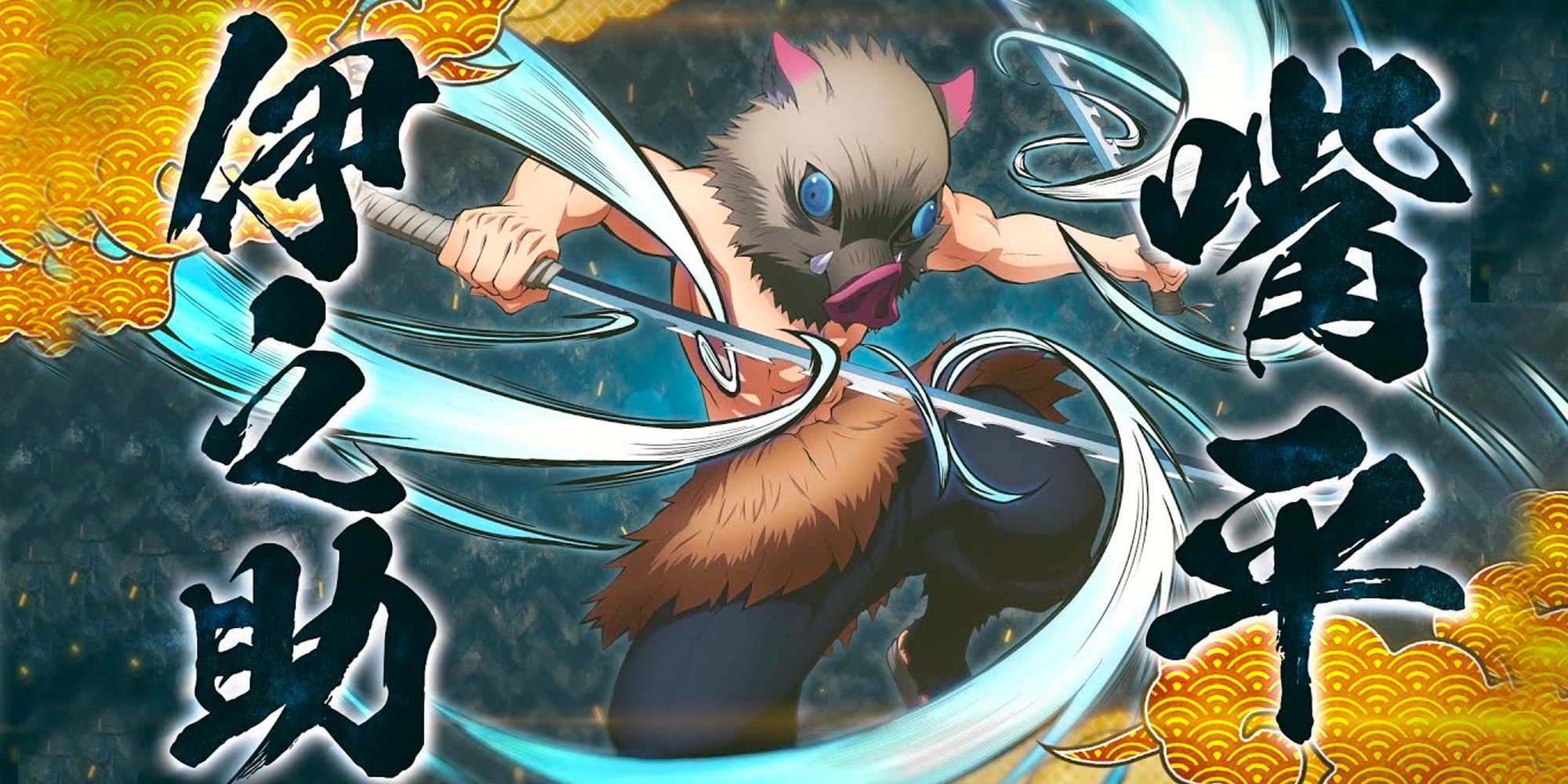 Inosuke is a beast when it comes to resetting and guard breaking in the game, but he favors a high-risk high-reward fighting style. His grab and skills can really push opposing players to their edge when pulled off successfully, but they are also parryable and counterable. Skillful players will find themselves resetting Inosuke instead of the reverse happening. Plus, his poor neutral isn’t doing him any favors.

The following characters are in the C Tier: 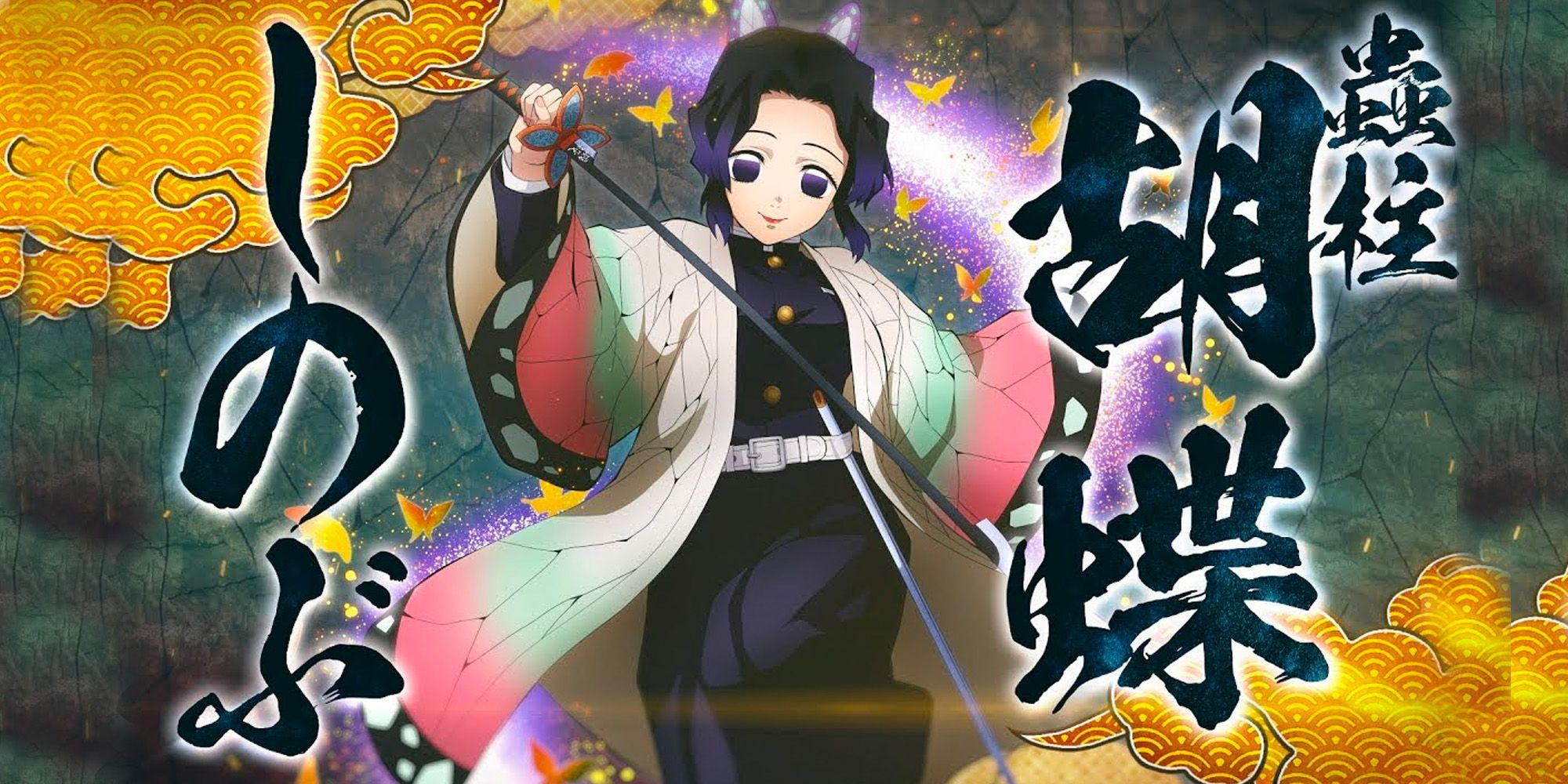 Falling far from grace, Shinobu was once at the top of the game and now sits near the bottom. Despite having a great heavy attack, good assist, and good neutral, Shinobu became victim to updates transforming other characters into bad matchups for her. She fails to deal with projectiles, zoners, and characters that counter her neutral. Most times, she’ll find herself spending a lot of meter to escape pressure rather than dealing it. 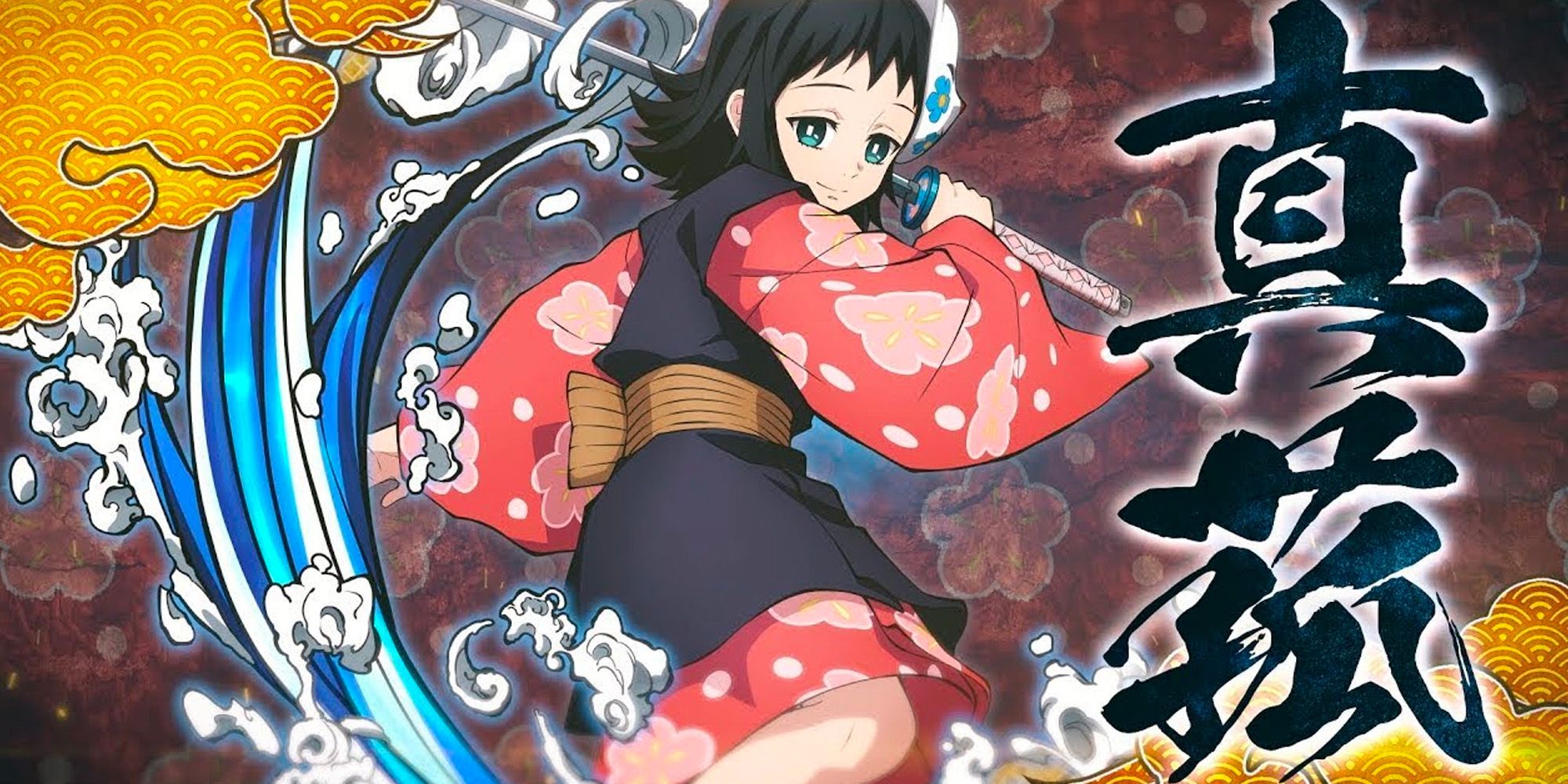 Makomo has a good neutral play style and decent enough resets. Although not excellent at anything in particular, she can efficiently give a player the run around with enough skill. Still, she has horrible damage outputs and is very inconsistent. Makomo has potential but is utterly unreliable.

The following characters are in the D Tier: 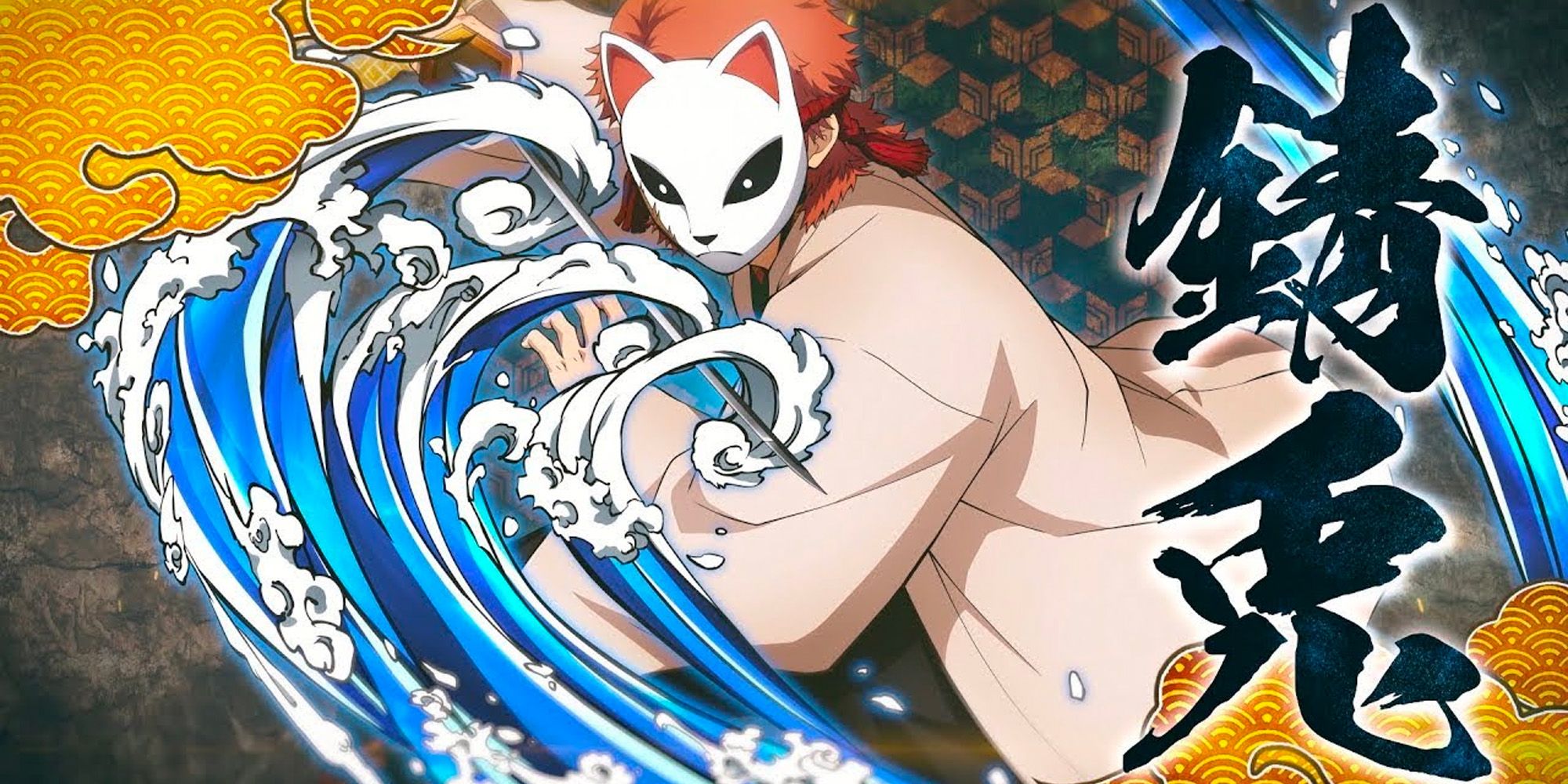 Sabito has a swift heavy attack that can do decent resets on an opposing player, but that is reliant on having a great assist too. He also has great buttons but is a low-damage output character. His damage is consistent enough, but it will be expensive to deal anything close to decent damage. Furthermore, Sabito relies a lot on assists – which is funny considering he has a horrible assist himself. 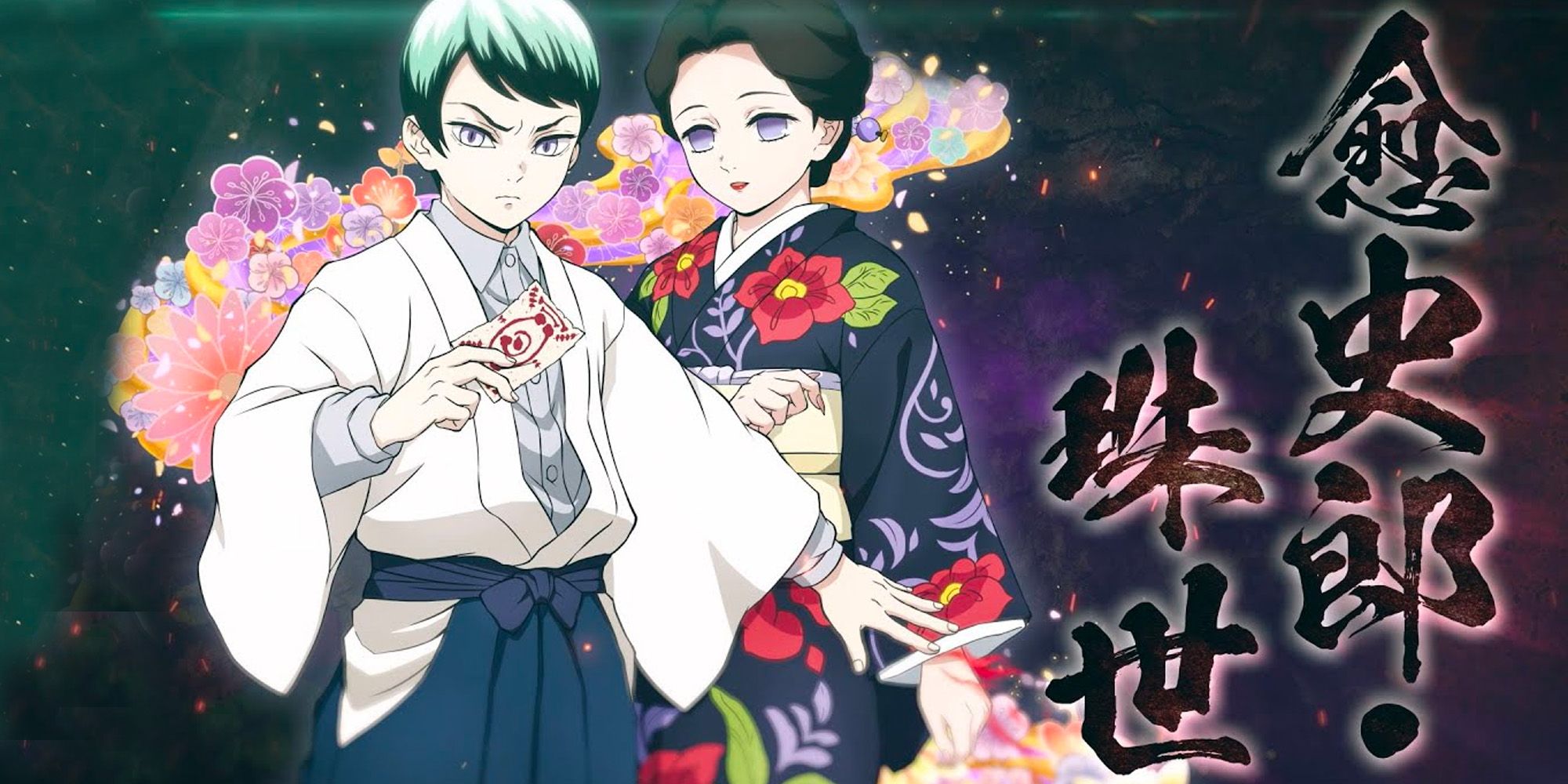 Yushiro is good at resets and providing an aggressive play style, but he has the lowest damage output of all characters. Then there is the fact that Yushiro is easily outclassed by any character that has a reversal or a player that is good with their block and parrying – which are most players nowadays. Yushiro can cancel his skills into other abilities, but this – and his need to spam abilities to do decent damage – turns out to be very expensive for such a weak character.