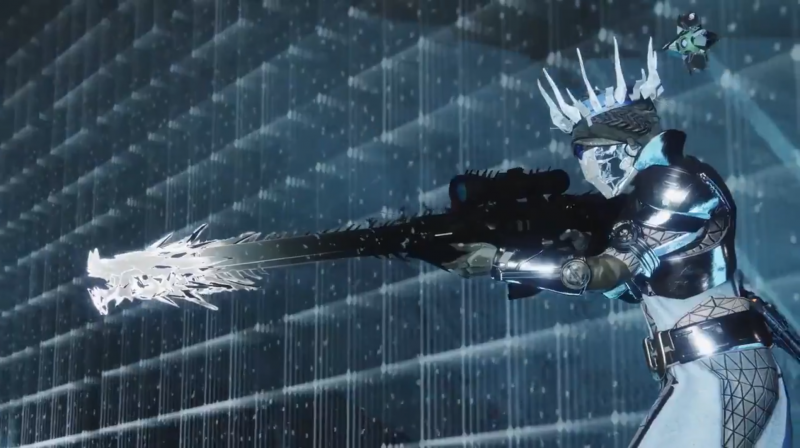 A new season of Destiny 2 begins June 4, and when that date hits, one of the game’s most reliable damage-dealers will likely drop out of many players’ rotation.

Whisper of the Worm is currently one of, if not the, most potent single-target damage weapons in Destiny 2. It has higher a base precision damage than most other weapons, but what makes it such an outstanding weapon is that, if you land three precision shots (critical hits in Destiny parlance) with it in a row, the gun magically refills the magazine, letting you fire non-stop without reloading. This makes it perfect for unleashing on bosses during damage phases. A little too perfect for Bungie’s taste, in fact.

“An Exotic that can generate an infinite amount of Heavy ammo is still a gigantic outlier and renders many weapons irrelevant for certain encounters,” Destiny’s development team said in a statement. “While Exotics are intended to be powerful and novel, bypassing the ammo economy can tend to force us to adjust enemies to compensate. This effectively results in Sniper Rifles as a whole being punished because of Whisper’s unique ammo ability.”

When the Season of Opulence begins, Whisper will still give you more bullets when you land precision shots, but those will be pulled from your reserve ammo, instead of from nothing. To compensate, the weapon’s reserve ammo will be increased to 18. Still, running out of ammo on the weapon will now be far more common, knocking down its power ranking for cooperative encounters quite a lot.

Other exotic weapons are also getting tweaked. Sleeper Simulant, itself one of the most powerful weapons before Whisper came along, is having its damage normalized. The damage from its reflected shots is now universal against bosses (it used to be case-specific), but its precision damage is “significantly more forgiving” in favor of non-precision shots. Ace of Spades is now a bit harder to wield, as its Memento Mori damage power-up now vanishes when you swap to another weapon, and Lord of Wolves is having its unique perk, which doubles its fire rate after a kill, swapped to a hold-during-reload ability, similar to Borealis and Hard Light.

Bungie is also nerfing exotic armor pieces which are designed to generate additional super energy. Skull of Dire Ahamkara, Orpheus Rig, Phoenix Protocol, Shards of Galanor, Ursa Furiosa, and Gwisin Vest have all had their super-generate abilities curbed. For a full list of changes, check out Bungie’s official blog post on the topic.